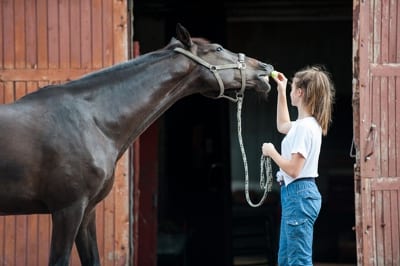 When you think of horse racing and the people involved in it, the most immediate names that will pop into your head are almost certainly going to be those of the jockeys. After all, they are the most public of the people involved and the most likely to be interviewed in the event that the horse that they’re riding wins the race it’s taking part in.

It goes without saying, however, that they aren’t the only names involved in the process and are arguably not even the most important ones. The owners are key, given that the horse wouldn’t be taking part in races without their impact, whilst the trainers are the ones that get the horses ready to take on the challenges that come their way. They’re not always old and experienced hands, however, and some of them are very young indeed.

Before looking too in-depth at the youngest trainers around it’s first worthwhile having a look to see the average of the best trainers in the business to get some idea of why the age of younger trainers is so impressive. It’s also worth considering whether or not there’s much of an age difference between those involved in flat racing and those that are jump racing specialists.

Using that information, then, we can surmise that the average age for a flat racing trainer is 53.8. That compares to the average age of a top jump racing trainer, which comes in at 50.8. Whichever way you look at it, racing horse trainers are past middle age by the time they hit their stride in the business. 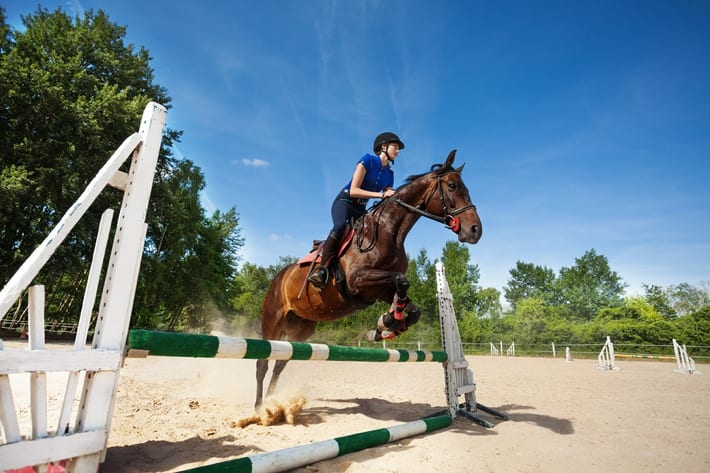 People get into training race horses for all sorts of reasons. The most common, though, is because it was a family trade. In the list above you can see names such as Skelton, McCain and Balding that have come from famous horse racing families, offering them little to know choice but to enter the industry when they were old enough.

Most of the time, of course, people begin life as apprentice jockeys and work their way up the chain, but sometimes they’re not cut out for being jockeys and become trainers quicker than might otherwise be the case. It’s why stories about the youngest trainers in the country crop up virtually every year, as another one gets older and someone younger steps in to take their place.

The tales aren’t helped by the fact that the age of the youngest trainer seems to change all of the time. In 2013, for example, The Northern Echo ran a story talking about Rebecca Menzies, who was declared to be the country’s youngest trainer at the age of twenty-four. She left school as an eighteen-year-old and joined Ferdy Murphy’s West Witton yard, working her way up through the ranks to become an assistant trainer.

When Murphy decided to leave the UK Menzies had a choice to make, eventually deciding to strike out on her own as a trainer. On the verge of giving up when she struggled find a suitable yard, she was offered that of 1993 Cheltenham Gold Cup winning trainer Peter Beaumont who has retired in 2010. Soon she got her licence from the British Horseracing Authority and saw her first runner take to the track two weeks later.

The Youngest in the World

Menzies might well have been the UK’s youngest trainer when she gained her licence as a twenty-four-year-old back in 2013, but that’s as nothing compared to the youngest in the world in 2018. Bailey Rogerson joined her grandfather and his wife to form a three-person training team on the first of January 2018 when she was aged just sixteen.

Having already gained a couple of winners as an amateur jockey prior to the creation of Team Rogerson, Baley’s first runner took to the field at Ellerslie in New Zealand on New Year’s Day 2018. As if to sum up the point made earlier in this piece, Rogerson said, “I’ve always been involved with the horses, so it seemed inevitable it would go this way. Being involved as an amateur rider and as a trainer is a win-win situation for me”.

Her grandad, Graeme Rogerson, was quick to point out that her age wasn’t the important factor in terms of her ability as a trainer. Rather it is the fact that she was more mature than her age suggested. Rogerson said, “I’m really looking forward to it. She’s a natural and she works hard. Her knowledge is well beyond her years… She’s been involved all her life”.

Given the ever-evolving nature of horse training and the fact that those in the spotlight seem to be getting younger every year, the best approach to take is one in which we have a look at the trainers worth keeping an eye on in the immediate future. At the time of writing this piece, that means 2020. Here’s a quick look at some of the trainers likely to grab the headlines in coming seasons:

In August 2019, Chelsea Banham became the UK’s youngest horse trainer when her first runner, Makambe, took part in a race at Yamouth. She spent 2018 as an assistant to Paul Howling in Newmarket, gaining her licence in the summer of 2019 and working at Mulligan’s Yard. That was owned by John Ferguson as part of his Bloomfields operation, but taken over by her dad Gary Banham.

In 2011, Gary Banham had been given an indefinite exclusion order thanks to his part in the Sabre of Light corruption case. Jeff Pearce, a trainer, and former trainer Geoff Hunter were both warned off in relation to the same affair. His exclusion order was lifted in 2015, meaning that there was no integrity risk according to the British Horseracing Authority. This was confirmed by the BHA’s Head Of Communications, Robin Mounsey.

The story is not about Banham senior, of course, but rather his daughter. Having worked as an assistant to Paul Howling, the tables were turned when she was granted her licence and he decided to stay on as an assistant to her. He said, “She’s a great girl, works very hard and I’d love to see her do well. When you meet her you wouldn’t think she was as young as she is. She’s very mature, very focused and thinks things through thoroughly”.

It didn’t take long for Banham to enjoy success on the track, either. Having gained her licence early in August 2019 she sent out Voice of a Leader at Lingfield on the thirteenth of the month and was delighted to see him win. Having already seen success as an amateur jockey Banham explained that the feeling of winning as a trainer was ‘totally different’. With a win-rate of 50% at the time Voice of a Leader crossed the finish line in first, it’s likely that she’ll get to experience many more times in the years to come.

Joseph O’Brien gained his licence to train horses on the third of June in 2016 and saw his five hundredth winner cross the finish line in first place on the fourteenth of October in 2019, so it’s perhaps slightly misleading to describe him as ‘one to watch’. Yet at the same time he’s gone largely unnoticed by many because he exists in the shadow of his dad, Aidan O’Brien.

This might well be the season that Joseph comes out of Aidan’s shadow and the fact that he’s only twenty-six years of age means that he’s very much earned his place on this list. He is, after all, around half the average age of the most successful trainers, so he’s got a long way to go before he can be expected to be considered as ‘experienced’ as a horse racing trainer.

O’Brien’s family name perhaps belies his youth, so it’s entirely fair to imagine that he’s likely to gain an increased number of winners as his experience grows year-on-year. If you see his name as the trainer next to a horse that you’re thinking of betting on then you’d do well to bear in mind how well he’s done over the past few years to earn a sterling reputation all of his own.

Little-by-little, Rebecca Curtis has been making a name for herself as a top-class trainer. She started off well as a trainer and worked in tandem with her long-term partner Gearoid Costelloe, only for the pair to split in the summer of 2017 and Curtis see her plans rocked back on their heels for a time. She worked hard to ensure that she could get back to the top, seeing the likes of O’Faolains Boy, Teaforthree and Irish Cavalier win races at the Cheltenham Festival.

Having used 2018 as something of a transition year, Curtis was back into the swing of things in 2019 and that means that 2020 could well be her time to come to the fore as a trainer. She felt that she essentially had to start afresh when Costelloe left, meaning that she’s still in the process of getting the sort of horses into her stables that she can have confidence in as performers.

Previous Post: « The Biggest eSports Tournaments
Next Post: The Gender Gap in Football: The Stark Pay Divide Between Men & Women »