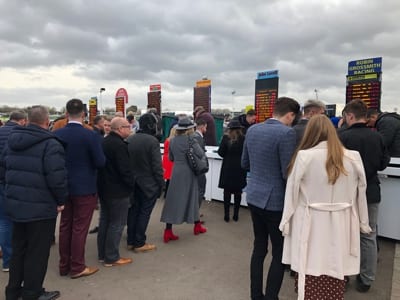 Most people who go to watch horse racing are pleased if they get a couple of winners. Some people take it seriously, going so far as to call themselves professional bettors, but the majority of racegoers are there for the fun of the day and enjoy having a flutter on the races as the day progresses. Ending the day up on the bookmakers feels like a victory for a good chunk of punters, but that’s very much not the case with Bill Benter. The American came up with an algorithm that allowed him to turn the sport that Roger Kahn once described as ‘animated roulette’ into one where he could win almost every time he placed a bet.

Warwick Bartlett of Global Betting & Gaming Consultants once said, “If you bet on horses, you will lose”, but Benter seemed to take that as more of a challenge than a truism. Driven not so much by money as by a desire to prove that his mathematical formula was correct, Benter, who grew up in Pittsburgh and studied physics at college, actually wants to discourage people from getting interested in gambling despite his success. Yet success is very much what he enjoyed, using his formula to take on the bookmakers and win nearly $1 billion by betting on the horses. His is probably the most successful case of a ‘don’t try this at home’ stunt.

Where the Journey Began

As a twenty-two-year-old, Benter decided to depart Pittsburgh on a Greyhound bus and head to the bright lights of Las Vegas, where his plan was to make money playing cards. He’d read a book by a man named Edward Thorp called Beat the Dealer, in which Thorp proved that you could negate the house edge playing blackjack by counting cards. Thorp’s work would go on to be the basis for the MIT Blackjack Team, but to Benter it was simply the inspiration to head to Vegas and try his hand at card counting with the $3 an hour he earned working at a 7-Eleven.

Las Vegas was filled with card counters at the end of the 1970s, easily spotted because of their rather obvious nerdy appearance and the fact that, unlike most other people in Sin City, they were very much sober and focused on the cards.

Benter made friends with some of them and one of them introduced him to a mid-thirty-year-old Australian named Alan Woods who was the head of a card counting team. He joined Woods’ team and within less than two months was off to Monte Carlo to play blackjack, turning his earnings from $40 on a good night to around $80,000 a year.

Blacklisted at the Casinos

Soon Woods’ team began to become notorious in Las Vegas and, by 1984, they were blacklisted, seeing their names added to the Griffin Book that was made by a Vegas detective agency that was circulated to all of the casinos, stopping them from being able to operate as freely as they would have liked.

Whilst Benter very much thought that the casinos were treating the card counters unfairly, especially bearing in mind that they weren’t doing anything illegal but rather were just ‘playing smart’, the intimidation techniques used by the pit bosses and security men were enough to put him off wanting to push his luck too far.

The Move into Horse Racing 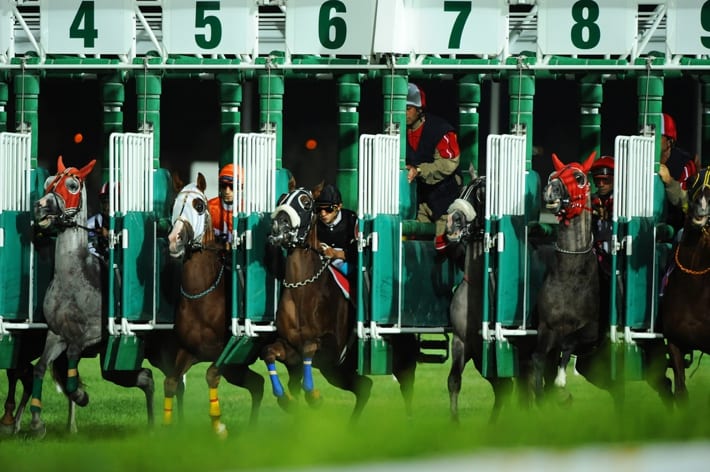 Once people have discovered a way of using their skills to make money, of course, it’s very difficult to persuade them to return to a normal way of living. As a result, Alan Woods began to wonder how he and his team could take advantage of the horse-betting pools that existed around the world. He knew that the biggest of them all was the one set up by the Hong Kong Jockey Club, which had been started by British expats in 1884 but gradually developed into a state gambling monopoly.

The racing season in Hong Kong went from September until July, with some of the country’s five and a half million residents regularly packing out the two racecourses there to the point that they bet around $10 billion a year on horse racing. In Hong Kong, the parimutuel system was used rather than fixed odds, meaning that punters all pay their money into a pot and the winnings are split according to how much was bet in the first place, with a percentage taken as commission for the house. In order to make money, therefore, Benter realised he’d need to find winning bets with a margin of profit that exceeded that percentage taken by the house.

The first thing that Benter did was his research, reading every book he could find about horse racing and all of the various systems that promised the readers how they could make money, believing all of them to be ‘flimsy’. Being of a mathematical mind, he wanted something more substantial and found it in the form of an academic paper from the 1980s that bore the title, Searching for Positive Returns at the Track. In short, the paper argued that probability was as much a part of a horse’s likely chance of winning as anything else. 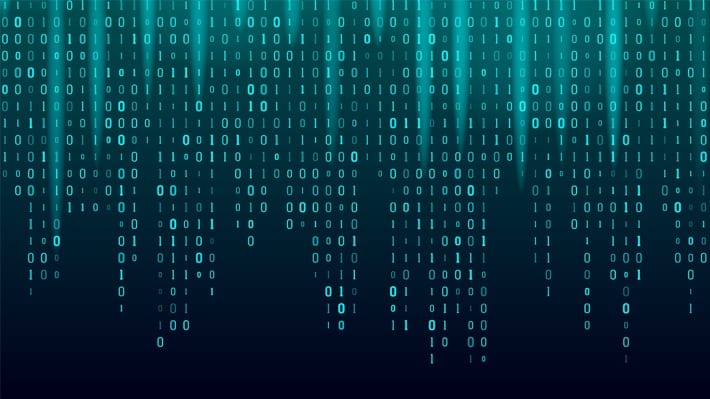 Probability, of course, was something that Benter has become accustomed to think about courtesy of his time card counting, so the idea of being able to weigh up things, such as the horse’s size, its winning record and the jockey’s ability in order to predict a winner appealed to him.

He was aided and abetted in his attempts to get more and better quality information and therefore improve his chances of winning by Woods, who had been to Hong Kong and found year books filled with information about the results of thousands of horse races run in the country over a period of years.

Benter began to teach himself how to write software and taught him advanced statistics, so he entered the information sent to him by Woods into his database, hiring two women to do the actual inputting of the information for him. He flew out to Hong Kong to meet up with Woods in September of 1985, taking his IBMs with him, and twice a week they would work together to analyse the results of the various races that took place. The problem they had was that they were also up against a phenomenon known as Gambler’s Ruin, wherein someone with limited resources betting against something or someone with unlimited resources would eventually lose.

That was indeed what happened, with the algorithm working, but not enough to keep the pair in profit. Their $150,000 investment was down to $30,000 by the summer of 1986 and only Woods had the money to keep them going. The issue for Benter was that his partner wanted a 90% stake in the business, which he wasn’t willing to give him. The pair went their separate ways in less than amicable fashion, both intent on continuing to bet algorithmically and hoping to be the one to crack the puzzle. Because his friends in Las Vegas trusted him at blackjack, they were willing to invest in him playing that, so he took a team to Atlantic City for two years to earn enough money to carry on trying to figure out how to solve his horse racing problem.

Once Benter had made enough money, he returned to Hong Kong where Woods still was, using mathematicians and programmers to fine-tune the code and make money. The pair were still at odds and Benter refused to talk to his old colleague, instead working flat out to perfect his own algorithm. He began adding more and more detail into his program, including the weather and how many rest days a horse had had before a race, making such a difference to the program that within his first year back in Hong Kong he’d made more than half a million dollars. Soon he began to hire a team of his own, betting so regularly that he was placing as many as eight wagers per minute.

According to Benter, the biggest difference came when he began to put the most obvious data set of all into his computer: the public odds offered by the Hong Kong Jockey Club. He used his algorithm to tweak those odds and soon noticed that his profits were improving markedly, making as much as $3 million in one season of horse racing.

Soon he garnered the attention of the HKJC, but rather than wanting to kick him out of the country as the Vegas pit bosses had done, they wanted to know what they could do to make his life easier. Operating on a parimutuel basis meant that he wasn’t taking money off them, after all, and the more he bet, the more they earned in commission.

Not only was his system working, but it kept improving the more that he refined it. Soon he was winning so much money that the HKJC couldn’t help but do something about it, especially because the money he was winning was money lost by someone else and if that information ever got out then punters would stop going to the races, which would be a disaster.

In 1997, the Hong Kong Jockey Club banned him from placing telephone bets and revoked the privileges they’d given him years before, but they didn’t stop him from betting altogether. As a result, he found a way to carry on betting using his algorithm and continue making money.

As Hong Kong turned from British colonial rule and re-joined China and the twentieth century became the twenty-first, Benter’s model continued to rumble on and took into account more than a hundred different factors for every horse in a race before declaring which ones should be bet on.

It was hard work and soon Benter decided to join the Rotary Club, following their maxim of ‘Service Above Self’ and donating millions of dollars to charitable causes. As he considered moving back to America, the Triple Trio at Happy Valley Racecourse had reached the largest amount ever, so Benter decided to try to win it.

The wager requires you to successfully bet on the top three horses, finishing in any order, of three different races, which boasts about ten million possible combinations. If he was going to have to quit, Benter thought, what better way to go out.

He placed thousands of different combinations of bets, one of which, on Bobo Duck, Mascot Treasure and Frat Rat, came home, meaning that he was eligible to claim the one hundred and eighteen million Hong Kong dollar price. Instead, he left it unclaimed, knowing that the HKJC rules meant that unclaimed prize money would be distributed to various charitable causes.

Alan Woods died on the 26th of January, 2008, having won more than nine hundred thousand Australian dollars by tweaking Benter’s system. Benter, for his part, returned to Pittsburgh and began lecturing at universities and giving away his secrets to consultants and his own employees.

Many of the world’s biggest gambling syndicates can trace their lineage back to Benter and Woods, including Zeljko Ranogajec, who the Australian press labelled the ‘world’s biggest punter’ and who began his life counting cards in Las Vegas with the pair. He started a similar system in America to bet on horse racing there, which was just as profitable as his Hong Kong one, and in 2007, he started the charitable Benter Foundation.

Previous Post: « Artificial Intelligence: Are Computers Better Than Humans At Poker?
Next Post: Has Anyone Won the Lottery More Than Once? »