What Is the Martingale System?

The Martingale System can be used in many situations, but it is most often associated with roulette. The concept involves betting one outcome of red/black, odd/even or high/low and doubling the amount wagered every time the bet loses.

For example, a player places a bet of $1 on Black.  If the outcome of the spin is Black, the player receives $2 – consisting of their $1 bet and a $1 net win. If the outcome of the spin is not Black, the player would lose their $1 stake. On the next spin they would double their bet to $2. Now if the outcome were Black they would win $4 – consisting of their $2 bet, $1 previous bet and $1 net win. If they lose the bet would double to $8, and so on.

As you may be able to see, the net win is limited to the value of the initial bet (in this case $1).

Martingale System advocates will use the following logic to ‘prove’ the systems validity: The probability of a roulette wheel never coming up black is zero, assuming that the wheel has a fair and unbiased spin. Or to be more accurate, the probability of the result of a roulette wheel never being black approaches zero as the number of spins approaches infinity.

The problem with this logic is that an infinite number of spins requires an infinite amount of money, and a casino willing to take bets of an infinite value. Both of which do not exist. 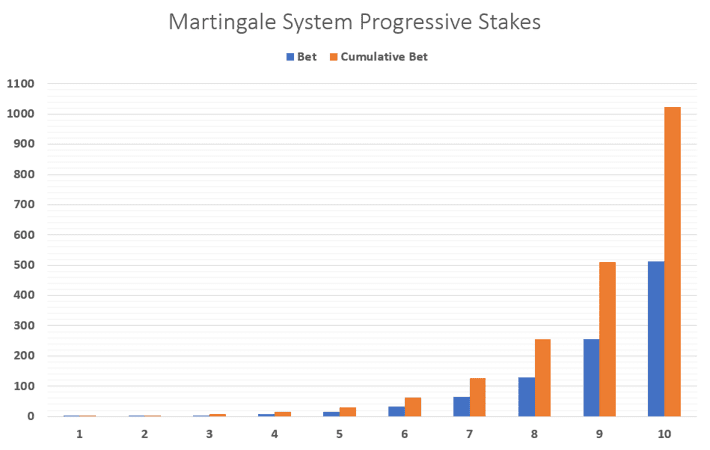 To help you better understand the numbers involved, the table below shows the amount of money required to last for up to 10 spins, doubling each time. Notice that by spin number 10 your initial $1 bet has turned into a bet of $512, and you have racked up total bets of $1,023. Bear in mind that if your $512 bet wins, you still only come out $1 up overall.

In the grand scheme of things, $1,023 isn’t a huge amount of money. And if you had $1,023 to ‘invest’ you may feel (or be conned into thinking) that the Martingale System could work for you. After all, what are the chances of a roulette wheel not coming up black 10 times in a row? Lets find out!

You Cannot Escape The House Edge 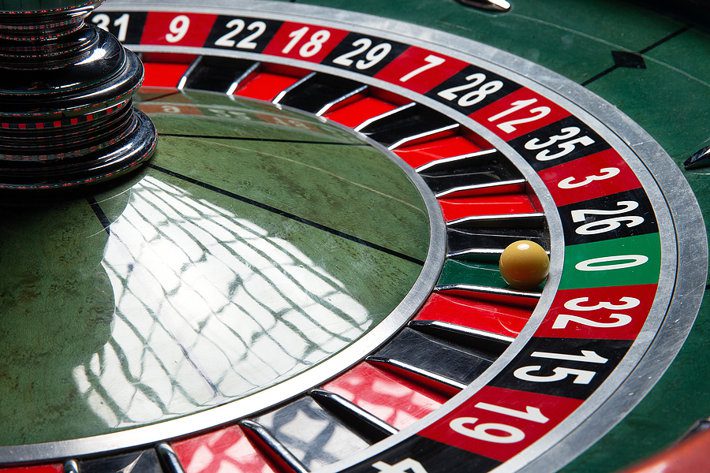 Which makes the probability of you losing:

* To 3 significant figures. If you wish to do the calculations yourself, start from the first step and use the un-rounded values.

But this number comes as no surprise, and is directly related to the house edge. For those of you who are unfamiliar with this term, the house edge is the way in which casino tips the tables in their favour – for roulette this is the zero on the wheel. The house edge of a roulette table with a single zero is 1/37 – approximately 2.7%.

The table below calculates the theoretical total wagers for the 784 roulette spins mentioned above, which comes to $8,868.97. As we know that the house edge for this particular game of roulette is 2.7% we can calculate the expected loss as approximately $240 (to the nearest dollar) – which is the same number that we have already come to.

The above examples all assume that you stop after a run of 10 losses. The table below shows the amounts required to be able to withstand a run of 20 losses. 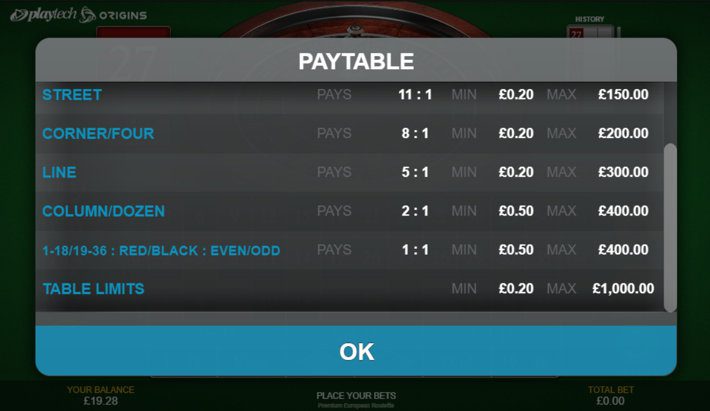 All of the examples above assume a stopping point, such as running out of money – and that is where the Martingale System really falls down. The system only works if you can continue betting if you lose, and in theory if you had enough cash to keep going on forever eventually you would recover your money. But lets say Bill Gates wants to try his hand at the Martingale System and sits down with $50 billion. The casino has an insurance policy against this – table limits.

On most, if not all, roulette tables around the world there will be a table limit – a maximum bet that once reached you cannot increase your bets any further. The maximum bet varies, but it is generally in the region of 500 – 5000 times the minimum bet. This means that, even at the upper end of the lable timit scale, you cannot exceed 13 losing spins.

There really is no system that allows you to “beat” the roulette wheel – if there were, then the game of roulette would cease to exist. You can give yourself a better chance of winning by playing with a bonus – a bonus boosts the amount you have to wager with, allowing you to place more or bigger bets.