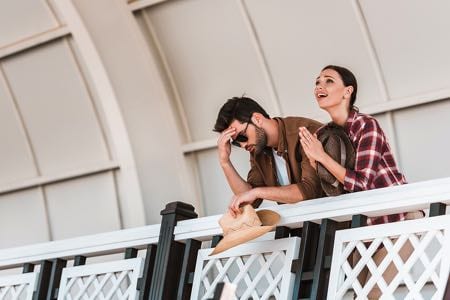 It’s not uncommon for those interested in horse racing to spend hours, if not days, pouring over the form of the horses taking part in a race before making their decision about which ones to bet on. For others, the process is much simpler, opting to bet on the horse that the like the name of or that is being ridden by the jockey that they recognise from previous winning races.

Regardless of the method of selection used, everyone hopes that their horse will be the winning one when the race has run its course. What few people, if any, tend to expect is that none of the horses taking part in the race win it. It has happened, however, so it’s always worth knowing what the bookmakers do in such an instance. What happens to your bet if no horse wins a race, meaning all of them lose it?

Let’s start with the most important point of the lot: what the bookmakers’ rules say on the matter. Bookmakers are, famously, assiduous people, so it’s hardly a surprise that they have rules and regulations in place for every eventuality. The one thing that they don’t want to be doing is accepting bets on a race and then scrabbling around trying to figure out the answer to what to do when something unexpected happens.

It is hardly unexpected, therefore that most bookies will have a rule in their small print that deals with an event such as no horses finishing a race. It will be phrased something like the following:

No Finishers: Bets are accepted on horse races where two or more horses start; if no selections finish a race, all bets will be void.

In other words, if a winner can’t be found then it’s only fair that all bets placed on the event are made void and those placing their bets on the event get their money back. If even just one horse wins the race then any bets placed on horses other than that individual one will stand and they will be losers, with only wagers on the winning horse being paid out accordingly.

Examples of No Finishers

It’s always good when you can point to specific examples of something happening, which we’re able to do thanks to the 4.25pm race at Towcester Racecourse back in 2011.

Only four horses took part in the race, which might explain why it was able to happen, given the relatively small size of the field. Even so, two of them had already fallen by the time that Adrian Lane fell, causing Peter Toole to follow suit.

The race made history as the first to feature no finishers, with the reason being a rule that had been introduced by the British Horseracing Authority two years before that banned jockeys from being able to re-mount a horse after they’d been dismounted. The rule was introduced for safety reasons, but it also meant that none of the jockeys were able to get back onto their horse to finish the race.

The Novices’ Chase, which was run over two miles, three furlongs and 110 yards, was open to horses aged five and over and saw four Irish horses entered into it for the 2011 running. Cenzig was ridden by Lee Edwards who fell at the seventh, whilst Zhukov had Benjamin Poste on the back and fell at the same fence. Identity Parade, who Lane was riding, refused at the last and jumped it slowly, resulting in a fall.

Redharc Na Mara, ridden by Peter Toole, might well have imagined the win was there for the taking but was hampered by Identity Parade, unseating Toole and making history in the process. That was in spite of the fact that the horse was about ten metres behind Identity Parade when the horse went down. The race was officially struck from the record, meaning that no winner could be declared. At the time, Lane expressed his disappointment in the remounting rule, saying:

I had the race in the bag but there were a few people around the fence that caught her eye and she half stopped at the fence then refused. I knew not to remount, but it’s silly. The vet checked the mare and she was fine. All I had to do was jump back on and walk past the post.

The rules are there for a reason, however, so Lane was left annoyed by proceedings. It was a rule that former jockey Peter Scudamore was also left scratching his head over, saying:

I was dead against the new regulation when it came into force. I saw it as superficial and appeared to be attempting to address a particular issue that, in my opinion, did not exist. Supposed concerns that horses could be injured and still be asked to race hardly appeared to a major wider concern to welfare groups or even an irregular occurring problem.

What was even more confusing for jockeys at the time was that remounting was still allowed in Irish racing, as well as in point-to-point races that came under the auspices of the British Horseracing Authority. It seemed to make no real sense why the rule was in place for racing in some areas and at certain levels but not for others. Regardless, it certainly meant that history was made at Towcester.

Perhaps part of the reasoning behind the British Horseracing Authority’s decision to introduced the ruling about not remounting a horse was the farce that occurred at Southwell Racecourse on the 23rd of January in 2002. Anthony McCoy was riding Family Business, the odds-on favourite for the Feast of St. Raymond Novices’ Chase, when he was unseated by the horse at the tenth fence.

Set over three miles and half a furlong, the event was something of a marathon for the seven horses aged five and over that were taking part in it. Two horses went down relatively early, leaving just five to keep running. After McCoy was unseated, he continued watching the rest of the field even as he got into a Land Rover and was given a lift back to the winning post, watching the field become gradually more depleted.

McCoy was on his way to the weighing room when Family Business was eventually caught, leading McCoy to ask Bob Hodge, who was in attendance as the Travelling Head Lad for Martin Pipe, Family Business’ trainer, whether he should just get back on the horse and finish the race. He did exactly that, re-jumping the tenth where he had been unseated originally before taking the rest of the track slowly but steadily.

Given the standard time for a three-mile and one furlong jumps race is six minutes and ten seconds, it tells you something that Family Business’ winning time was ten minutes and 30 seconds. At the time that the horse fell, Betfair offered In-Play odds of 1,000/1 on the horse winning the race, which one lucky bettor took them up on. If no horses finishing the race at Towcester was odd, this might have been even odder.

Despite the feeling that the race at Towcester had made history by being the first race in which no horses finished, Plumpton Racecourse believes that they hold that particular record. According to the racecourse’s official website, only 15 horses took part in three steeplechases that were being hosted on the 15th of January in 1911, with only three horses finishing any of the three races.

One of the races, according to Plumpton Racecourse, didn’t return any finishers, being declared void accordingly. Of course, this is much harder to confirm than the event at Towcester in 2011, largely because there are fewer eyewitnesses to confirm the story. If true, though, it would be an example of a race that failed to find a winner even though the jockeys were allowed to remount their charges at the time.

Given the extreme nature of the Grand National, one might assume that it would be a race that has come close to having no finishers on a number of occasions. Famous events, such as when Foinavon won the race in 1967 because most of the rest of the field fell, actually give a false impression of the race’s eventual outcome, with as many as 18 horses finishing the event that year.

That’s why the 1928 Grand National is worthy of a mention here, even though there were actually horses that finished the race. The 87th renewal of ‘the world’s greatest steeplechase’ saw 43 horses entered into it, back in the days before the number of entries was limited to 40. Before the event, a friend of William Dutton, the amateur jockey riding Tipperary Tim, shouted to him that he’d only win if ‘all the other horses fall’.

Little did the friend realise how prophetic that shout would be, with heavy Going and misty conditions making it a difficult ride for all those involved. When the field approached the Canal Turn for the first time, Easter Hero fell, resulting in a pile-up from which only seven horses emerged with their jockeys on-board. By the time that the penultimate fence came around, this had been reduced to just three horses.

Great Span was leading the way, with Billy Barton and Tipperary Tim following. Great Span’s jockey slipped, then Billy Barton fell, meaning that only Tipperary Tim survived. Tommy Cullinan managed to re-mount his horses, but not quickly enough to stop Tipperary Tim winning the race by a distance. The ten-year-old, who boasted odds of 100/1, was one of only two horses to finish the Grand National that year; the lowest number there’s ever been.

Though not zero horses, as was the case at Towcester in 2011, it does give you a sense of how difficult the Grand National is and how quickly the Aintree race can descend into something of a joke. It might well have cost the bookmakers more money if no horses had finished the race in 1928 and they’d had to void all bets than it actually cost them with Tipperary Tim being declared the winner and Billy Barton coming in second.

How the Results Are Recorded

Any race that fails to have a winner is declared void. Consequently, the race is not recorded in the official records as a completed race, instead simply stating that it was made void and offering a description of the manner in which each horse’s participation in the race was ended. This means that if they fell it will say where, or if they pulled up then the record will reflect which fence they did so at.

If you were to look up the 2011 race at Towcester Racecourse and explore the various websites that collate such information, you will find that some don’t even have a record of such a race existing. Instead, it has simply been stricken from the record as if it never took place. Thankfully for the British Horseracing Authority as well as the websites that look after such information, it doesn’t happen often enough for it to be an issue.

Previous Post: « What Are the Home Nations in Football?
Next Post: Can You Still Buy Scratch Cards After the Jackpot Has Been Won? »