The Grand National is one of the most loved and watched horse racing events in the world, regularly watched by hundreds of millions of people. The ‘world’s greatest steeplechase’ is famous for its unpredictability, yet what happened around the event in 1997 was beyond the wildest predictions of everyone associated with sport.

The day had started like any other, with tens of thousand of horse racing fans arriving at Aintree Racecourse and expecting to watch some top-class races, culminating in the Grand National at 3.45pm. Everything was thrown up in the air, however, when a bomb threat was made at 2.49pm and another came two minutes later. This is the story of the day.

Many young people nowadays would have no idea about the Irish Troubles. A war had been waging between the Irish Republican Army and the British since the late 1960s, based around political and religious differences. It is largely believed to have started when the Northern Ireland Civil Rights Association launched a campaign to end discrimination against Catholic and nationalist minorities by the Protestant and unionist government of Northern Ireland.

This campaign was resisted by the authorities, often resulting in violence and police brutality. Obviously, the entire thing is far too complex a topic to explain with any degree of satisfaction on this site, not least of all because more than three and a half thousand people lost their lives. Yet it is important to at least have some sense of the context before discussing what happened at Aintree.

Since the late 1980s, the Irish Republican Army had been engaging in an armed campaign, whilst its political wing, Sinn Féin, sought to end the conflict. The IRA wanted the British government out of Northern Ireland and believed that they would ‘sap the political will’ of the British to remain there. Their plan of attack included shooting down British army helicopters that were patrolling parts of the country.

In February of 1991, an attempt to assassinate John Major, the then Prime Minister, involved a mortar being launched at 10 Downing Street during a meeting about the Gulf War. A number of ceasefire agreements followed, including one in 1994 that was ended with the bombing of Docklands in Canary Wharf and another in Manchester city centre in June of 1996.

It was during the break between the first ceasefire and the second, which began in July of 1997, that the IRA launched its bomb threat on Aintree and the Grand National. Whether the Irish Republican Army ever actually planned to set off a bomb at the racecourse or whether it was just a stunt has always been debated, not least because of the strong Irish presence in the city of Liverpool and the connection between the Irish and horse racing.

Yet the 1997 General Election was due to take place on the first of May that year, with the IRA hoping to influence the outcome and the Grand National providing the perfect event for them to do so. The election pitted John Major against Tony Blair, the latter of whom had huge support. It would eventually lead to an overwhelming Labour win, handing the Tories their biggest defeat since 1906. 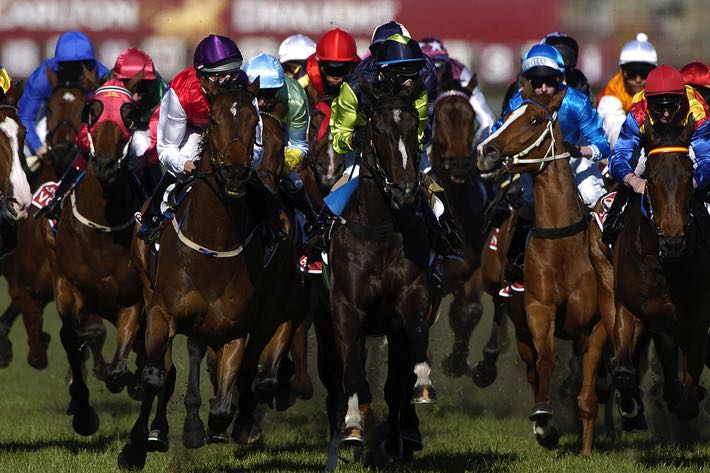 It was in the climate of fear around the work of the Irish Republican Army that any sporting event took place, knowing that it could be at risk of coming under threat from the organisation. Even so, not many people imagined that the Grand National would be an event that they would target, so the day went ahead without too much concern. The days prior to the Saturday saw plenty of horse racing take place.

On the day of the National itself, there were about sixty thousand people at Aintree Racecourse for the races. Everything had gone as expected in the build-up to the main event, with Princess Anne being one of the attendees hoping to watch the ‘World’s Greatest Steeplechase’. It was even at the point that the horses were being led from their stables and the jockeys were on their way out of the weighing room.

The first call was made to a phone at Aintree University Hospital in Fazakerley, with the time on the clock reading 2.49pm. It spoke of a bomb that had been planted at Aintree Racecourse. The call would have been taken serious on its own, but three minutes later another such call was made to the police control room, which was based in nearby Bootle. Both of the calls had used recognised codewords from the IRA.

It was immediately decided that the racecourse would have to be evacuated and the racing abandoned, with racegoers forced to leave their cars and other belongings on the course to be picked up at a later date. There were as many as twenty thousand cars left on the racecourse, as well as hundreds of coaches and buses that the police needed to check for explosive devices.

The horses, which included some of the world’s best jump racers, were attended to by a single stable boy. He had not been asked to stay behind, but had instead defied police orders to evacuate in order to look after his charges. The evacuation itself began just thirty minute before the race was due to get underway and went smoothly, with no injuries to racegoers and everyone marshalled to leave the course safely.

Meanwhile, the police carried out numerous controlled explosions of packages that were deemed to be suspicious, though in the end no explosives were found. If the Irish Republican Army’s plan had simply been to cause disruption and panic then it was one that hard worked perfectly. The cancellation of the Grand National was headline news around the world and the stunt was called ‘cynical and detestable’ by John Major.

How Liverpool Rallied Around

Despite earning a reputation for being a city of crime during the 1980s, a period of time in which Margaret Thatcher and the Conservative government attempted to ensure the ‘managed decline’ of Liverpool, the people of the city have always been known to have a generous nature. The Gerry & The Pacemakers song ‘Ferry ‘Cross The Mersey’ contained the line:

We don’t care what your name is, boy, we’ll never turn you away.

It was a lyric that seemed to sum up the welcoming nature of Liverpool as a city, a nature that was severely put to test when tens of thousands of people flooded into the city with nowhere to stay. The evacuation of around sixty thousand people remains the largest evacuation of people from a sporting event in British history. The result was that community centres, schools and even homes threw open their doors.

In the immediate hours after the evacuation, people who had been expecting to spend a day at the races instead stood in a queue outside the home of local woman, Carol Towner. She was letting people use her toilet and go on her telephone to organise themselves somewhere to go to stay the night, or to be picked up by family or friends. She also allowed ten men from Nottingham to stay in her house.

Cornelius Lysaght, the BBC’s racing correspondent, remembered the day. He said, “I recall one woman hysterical on the Melling Road because she’d ‘lost’ her husband, but though there were elements of chaos, the main feeling was of shocked resignation, all topped with a fair smattering of the renowned Scouse humour.” Everyone, from racing fans to owners and even jockeys, were given a place to stay in Liverpool. 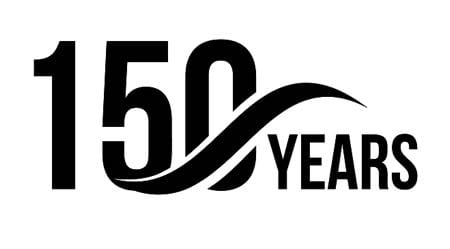 Whilst the immediate thought of everyone at Aintree, from the police through to the race organisers, was about the safety of everyone at the racecourse, it soon became clear that a plan would have to be come up with for what to do about the 150th Grand National. After all, bookmakers had taken bets, jockeys had psyched themselves up and horses were ready to run.

It was decided that the race would be run on the Monday after. Entry to the course would be free for whoever was able to attend, with a dozen horses having remained in the stables at Aintree. The rest had either travelled to their homes or else gone to the paddocks available at the nearby Haydock Racecourse. Though fewer than 10,000 spectators were expected to turn up, more than 20,000 actually did.

The race was run 49 hours after the original had been scheduled to take place. What wasn’t revealed until 20 years later was that another bomb threat had been made regarding the Monday event, but Merseyside Police were confident that that had been a hoax and therefore allowed the event to go ahead. It did so without incident, meaning that the 150th Grand National was completed after all.

The fittingly named Go Ballistic was the favourite for the Grand National after coming 4th in the Cheltenham Gold Cup a few weeks before. Though an Ascot specialist, many believed that he was being undervalued by the handicappers and was supposed to go off carrying 10 stones, which is the minimum weight for the race. He was also being ridden by Mick Fitzgerald, who had won the National the year before.

In the end, Fitzgerald failed to make the allocated weight after the weekend delay, weighing out at ten stone and three pounds. Regardless, Go Ballistic went off as the 7/1 favourite and yet failed to keep up with the race leaders. He was eventually pulled up at the penultimate fence having broken a blood vessel. Meanwhile Sunny Boy, who went off at 8/1, was a crowd favourite on account of being a grey.

Ridden by Jamie Osborne, Sunny Boy had won the Grand National Trial at Haydock in February and looked like he might be able to capitalise on Go Ballistic’s poor running, having ridden well all race. Instead, he tired and made a mistake four from home, resulting in his finishing a distant second. The Irish had thrown their support behind ten-year-old Wylde Hide, who was owned by JP McManus.

He was beginning to cause the leaders some issues, only to make an error at Becher’s Brook and unseated his rider for the second year running. There were a number of other contenders that had been well-backed, such as Nathen Lad, who had won the Sun Alliance Chase the previous year, and Antonin, the winner of the Punchestown Grand National. In the end, though, none of them could get close to the winner.

Lord Gyllene had been the favourite in the ante-post betting, but he’d drifted to 14/1 by the time the race got underway. Anyone who took that price would have been delighted when Tony Dobbin took the nine-year-old to a twenty-five length victory, ultimately winning the race with relative ease. Trained by Steve Brookshaw and owned by Stanley Clark, Lord Gyllene won the race in just under nine minutes and six seconds.

Previous Post: « Lucky Dip v Playing Your Own Numbers in the Lottery
Next Post: Best Racecourses in the United Kingdom »