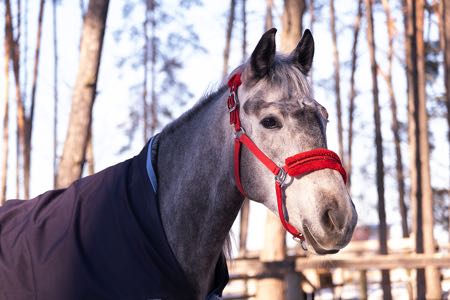 Whenever the Grand National rolls around, there is always talk about grey horses. Any grey horses that are running in the race will be highlighted by punters and racegoers alike, with much of the talk being about whether or not they are likely to win the race. There is a general feeling that such horses stand a limited chance of winning the race, largely because so few greys have managed to do so over the years. Obviously this begs the question as to whether or not there is some reason why greys are less predisposed to winning the race than other coloured horses.

In reality, grey horses are just a different colour to others. There is nothing else about them that means that people should be suspicious of them, with the main reason why they’re not overly thought of as being winning horses the fact that there are so few of them compared to the likes of bay-coloured horses. Indeed, at the time of writing, just three grey horses have won the ‘World’s Greatest Steeplechase’, helping to explain why it is that bettors tend to steer clear of them. That makes much more sense than some sort of superstitious reasoning.

Grey horses are always a striking thing to look at on a racecourse. There is nothing more to them than the fact that a series of genetic coincidences led to them having a different skin pigmentation to other horses, but with the majority of those in the paddocks being brown, it is fair to say that they standout in a crowd. The sheer limit in numbers when it comes to how many greys are produced each year is the reason why so few have won Aintree’s biggest race, but here’s some information about the three that have managed it to date:

A small horse that many thought wasn’t big enough to win a serious horse race, the Lamb was bought by a vet who wanted a horse that his daughter could ride. Suffering from consumption, his daughter needed to get into the open air more regularly and horse riding was seen as a good way to introduce her to it. Too frisky for her to ride, the vet chose to get it trained after it once jumped out of its paddock. It went to Ireland, taking part in races and enjoying some success, leading to the decision to enter it in the Grand National in 1868.

Heavy rain in the days leading up the Grand National meant that the ground was extremely muddy that year, with the Lamb taking full advantage. He won the race by a short distance, missing the 1869 running after a clerical error over his age. A wasting disease meant that he missed the next year, but when he returned to Aintree in 1871 he reclaimed his crown. Interestingly, a horse named the Colonel had won in 1869 and 1870, meaning that the title was shared between two horses for a period of four years.

The fact that you’ve got to fast forward nearly 100 years to find the next grey to win the National tells a story all of its own. The success this time belonged to Nicolaus Silver, a gelding that was foaled in 1952. Bred by James Heffernan in Tipperary, Ireland, Nicolaus Silver was sired by Nicolaus out of Rays of Montrose, who had also been a grey. Having trained in Ireland, his trainer died suddenly and so the eight-year-old was sold in November of 1960. Betting was keen on account of the fact that he’d already qualified for the Grand National.

Charles Vaughan paid £2,600 for him and he was sent to Fred Rimell for training. Ridden by Bobby Beasley and given odds of 28/1, he outran 34 other runners in order to win by five lengths. Rimell had already trained a winner in ESB five years earlier, meaning that Nicolaus Silver added to his tally in spite of the fact that he had been targeted by dopers before the race. He took part in the Grand National again in 1962 and 1963, finishing seventh and tenth respectively, meaning that he never got to repeat his success.

It was another 51 years before a grey won the main race at Aintree. Foaled in 2001, Neptune Collonges was bred in France out of Castille Collonges. Owned by John Hales and trained by Paul Nicholls, he developed a good relationship with Ruby Walsh, having begun his racing career as a three-year-old. When he suffered an injury during the 2009 Cheltenham Gold Cup, he was put out of action for the entire 2009-2010 season. He had won £685,279 in prize money by that point, thanks to 14 wins, two second places and three third place finishes.

When he took part in the 2012 Grand National, he was unfancied by the bookies, being offered a Starting Price of 33/1. Daryl Jacobs took on the job of riding him, largely because Walsh had suffered a fall from Zarkander in the build-up to the race and was unable to take part in the race. He won the National in the closest finish to the race ever, leading to his immediately retirement. In the wake of that, the horse was retrained to take part in dressage competitions with John Hales’ daughter, making public appearances for charities.

Having explored how many greys have won the Grand National at the time of writing, it is worth having a look at their stats to see if there is anything that you can learn before placing bets in future Aintree races. Here’s a look at each horse, taking into account their age when they ran, as well as their Starting Price and the time in which they completed the race:

Though only three horses have won the National, doing so on four occasions, four grey horses have come close in recent times. They are as follows:

Greys have come close enough times to mean that the idea that they’re somehow some sort of jinxed breed is a nonsense, with the sheer lack of numbers when it comes to grey horses being the main reason why more haven’t won.

What Is in a Colour? 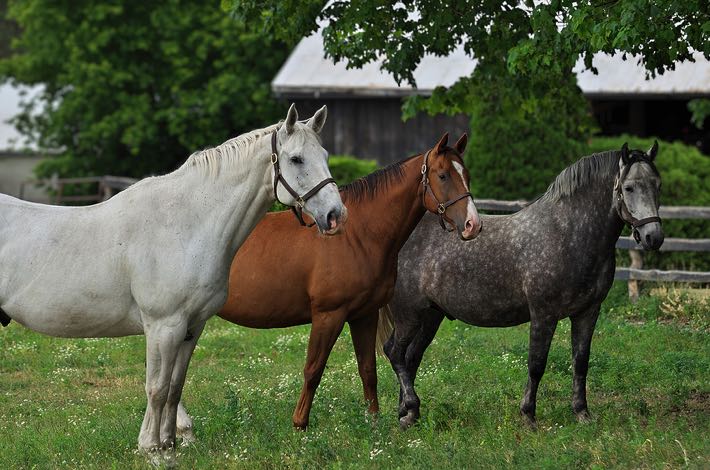 Any event that people can place bets on will always be surrounded with superstition. So it is that the number of bets placed on greys will always be lower than on more ‘standard’ horse colours. The question is, is there anything in this, or is it just the typical suspicions of a a breed of person that wants to blame anything they can for the poor results of their wagers? The answer is very much in the latter category, with the small figures bet on greys typically contributing to their low odds when the race gets underway.

Purely in terms of numbers, it makes sense why so few greys have been successful in Aintree Racecourse’s most prestigious race. A mere three percent of all thoroughbred racehorses are grey, so it is hardly a shock that not many of them win the Grand National. They are actually born with darker coats, much like the chestnut and bay horses that we’re more used to seeing, with their coats turning grey and then white over time. It is believed that greys began entering the bloodstock when Arabian stallions were brought to Europe for breeding in the early part of the 18th century.

Alcock’s Arabian is believed to be the predominant sire, coming over in around 1720. According to geneticists, at least one of the parents needs to be a grey if the colour is going to be passed on. With so few greys around and no guarantee that it will be passed on from generation to generation even with one involved in the breeding process, it is no surprise that not many greys become top-class race horses. There is also the fact that many breeders will try to avoid getting a grey, on account of the fact that they are more likely to get ill as they age.

For greys, the chance of getting a tumour on their skin increases from the age of ten. There is a biomechanics link between skin colour and melanomas, which is why some will try to steer clear of them. Indeed, there was a belief from some influential people in the world of horse racing that grey horses were diseased because of this prevalence to develop skin tumours. Thankfully, such nonsense has been put to bed by modern medicine, even if the doubts around grey horses persist in the modern era, with bettors avoiding wagers on them when they can.

If proof were needed about the class of grey horses then people need only look to Desert Orchid. The winner of the 1989 Cheltenham Gold Cup, as well as four King George VI Chases between 1986 and 1990 was always kept away from Aintree, but his success in other races during the National Hunt season meant that he went down in history as one of the greatest jumpers ever. He always used to jump to his right, which was seen as the reason why he was kept away from the Grand National, which is a left-handed track.

Rated at 187 by the official handicappers, he was one of the greatest horses of the 1980s. The problem was that the Grand National was far more of a lottery then than it is now, so there was the fear that Dessie, as he was known, would jump into other horses on obstacles like the Canal Turn, doing himself and others damage. The heightened risk of him falling was seen as far too dangerous, so he never got to test himself on what is generally thought of as being the most challenging jump race in British racing.

Previous Post: « Prize Money at the Grand National: How Much Does the Winner Get?
Next Post: Lotto Louts: Worst Behaved Lottery Winners »