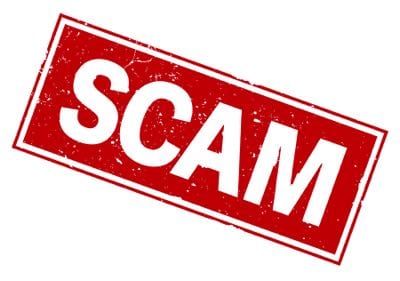 Few sports are as popular with bettors as horse racing. It’s one of the sports that is so intertwined with the world of gambling that it is generally given a free pass when talk of clamping down on the association between betting and the sporting world becomes a hot topic. Little wonder, then, that some people can’t resist straying away from what’s legal when trying to win.

There have been a number of famous cases of people trying to get one over on the bookmakers and the authorities when it comes to winning horse races. The problem is that they haven’t been bothered whether they use fair means or foul, resulting in making the headlines for all the wrong reasons. Here we’ll have a look at some of the best-known cases.

The story of Gay Future is perhaps one of the best known examples of a group of people working at the top of their game to cheat the bookmakers. It wouldn’t have been possible if not for the remote nature of Cartmel Racecourse and the village that houses it. Famous for their sticky toffee puddings, the Cartmel residents must have wondered what was going on in 1974.

The idea for how they would get away with cheating the bookies and the horse racing authorities was cooked up in 1973 when millionaire builder, Tony Murphy, was having a drink with some friends. He was keen to take the bookmakers for whatever he could, coming up with a scheme that he thought would allow him to do just that.

He enlisted the help of trainers, Edward O’Grady in Ireland, and Tony Collins in Scotland. The former began training Gay Future, whilst the latter was sent a chestnut that looked a lot like Gay Future and was identified as such in his paper work. Collins was asked to enter Gay Future into a race that was taking place at Cartmel Racecourse on the August bank holiday Monday.

The actual Gay Future made his way from Ireland to England by boat, being secreted into a horse box a few miles from the Lake District village a couple of days before the race. Collins, meanwhile, was told to enter horses into races elsewhere in England that were taking place a few minutes before and after the event that Gay Future was going to race in in Cartmel.

The gang behind the plan flew to London on the day of the race and placed bets on Gay Future and the other horses that Collins had entered into the different races, disguising the fact that the main bet was on Gay Future. The bets ended up just being on that horse, however, because there was never an intention to run the other two horses.

The money placed on the multiples would all be switched to Gay Future, which was the only horse that was actually going to race. At the racecourse in Cartmel, the real Gay Future was rubbed with soap to make it look he’d been sweating, whilst the amateur rider that was down to ride him was replaced by an experienced Irish jockey who had been working with him.

Because Cartmel Racecourse wasn’t on the Exchange Telegraph and there were no mobile phones back in 1974, the only way bookmakers could keep in touch with their representatives on the course was a telephone box located in the village. It was mysteriously occupied all the time on the day of the race, however, so the bookies didn’t know there was big money on Gay Future.

Ladbrokes tried to circumvent this issue by sending a lad on a motorbike to Cartmel, but the bank holiday traffic slowed him up and by the time he arrived in the Lakes the race was already underway. When Gay Future won by fifteen lengths, some bookmakers paid out immediately. Others, though, were reluctant to do so and held on to the cash for a time.

The whole plan might well have seen the gang win £300,000, which is about £3 million in today’s money, but for one simple mistake. A reporter from the Racing Post called Collins’ yards to ask about the horse that was supposed to have ridden in a race that day, only for a stable boy, who wasn’t in on the scam, to say that the horse was never intended to run.

Obviously the horse racing authorities cottoned on to what was going on and put a stop to the payout for Gay Future’s win. Instead, the leading players in the Crock of Gold syndicate ended up before Preston Crown Court charged with conspiracy to defraud bookmakers. They were fined and banned from British racing for ten years each.

When something is referred to as the ‘biggest scandal… in the history of Australian racing’, you know it’s a serious issue. It revolved around the Aquanita racing operation, which operated under the tagline of being ‘where owners and horses come first’. That might well have been the case, but it turned out that it was because of five trainers and three stablehands engaging in doping.

The trainers were Stuart Webb, Tony Vasil, Trent Pennuto and Liam Birchley, who together engaged in a systematic doping scandal between 2010 and 2017 for horses that were at the yard. They spend the time using banned treatments on race days, including the administration of sodium bicarbonate, which is know to slow the build-up of lactic acid.

That allowed horses to run for longer without their muscles getting tired, which gave them an unnatural advantage in races. Greg Nelligan was the stable boy who was caught on camera administering the sodium bicarbonate to the racehorse Lovani with a syringe. Despite Nelligan’s claim that no-one else had ‘anything to do with it’, text messages showed otherwise.

Thousands of texts were used as evidence to prove the wide-ranging nature of the conspiracy. Robert Smerdon was another of the trainers for Aquanita and was charged with administering alkalising agents as we as other medications, such as Vicks Vapour Rub, to horses on one hundred and fifteen occasions over a seven year period.

The question about whether the group got away with it or not is an interesting one. On the one hand they were caught and all were given quite strong sentences by Racing Victoria. Yet on the other hand, they managed to do it for more than seven years before being found out by the authorities. Who knows how many races were falsely won in that time?

The tale of Peter Christian Barrie is one that feels as though it could easily be made into a Hollywood movie, such is the outrageousness of what he got up to. Born and raised in Scotland, Barrie made a name for himself as being one of the finest horse painters in the world, able to disguise one horse as another convincingly and at the drop of a hat.

It’s an art that gambling cheats call ‘ringing’, disguising a slow horse as a fast one and a fast horse as a slow one, then entering them into each other’s races. Over the years Barrie burnt the skin on his fingers thanks to the tools of his trade: bleach, silver nitrate, henna and ammonia. He would shampoo a horse initially before bleaching it and then adding dye to the colour needed.

His first true attempt at swapping one horse for another came in 1926 when he altered a horse named Kalakaua to look like a slower one called Bobby Dean. All would have been well but for the fact that the course at the newly opened Lincoln Field was muddy and Kalakaua didn’t like the mud. He finished third in a race that he should have easily won.

The finish was enough to ensure that the gangsters that had hired Barrie to do his work didn’t lose any money, likely keeping them from carrying out any violent retribution on the horse painter. This was just a practice run for what would come later, however, which was arguably one of the biggest confidence tricks in American horse racing history.

It occurred in October of 1931 when Barry took two horses and made the good one, Aknahton, look like the bad one, Shem, and vice-versa. He did it during a ten-hour trip to Maryland and the Havre de Grace Racetrack. By the time they arrived at their destination the dye job was so good that only Barrie himself could tell you which horse was which.

Aknahton ran in a race Shem at odds of 52/1, winning the race by four lengths over the favourite. The whole thing might well have gone by without a hitch but for the big-time bettor who had leant Barrie the money to buy Aknahton, Nate Raymond. He was in the press box boasting about his big win on the race, piquing the interest of the reporters’ present.

By the time an attempt to investigate things was made Barrie had already scarpered, sending the two horses to Queens, Manhattan and Indiana to hide. Though agents from the Pinkerton Detective Agency did track them down, Barrie had already moved them on again by the time that they arrived in Indiana. Wins for Aknahton in Maryland and Mexico soon followed.

Sadly, Barrie pushed Aknahton too far, seeing the horse break down during a race at Hialeah in Miami. Eventually he was arrested, but the police couldn’t actually charge him with anything. Despite all of the dye jobs he’d carried out, he hadn’t actually broken any laws at the time. He was deported and, though he returned to America, he eventually died in London.

It’s a good job that this article isn’t about particularly brilliant cheats or else we wouldn’t be able to tell you the story of Sylvester Carmouche Jr. His attempted scam occurred at Delta Downs Racetrack in Louisiana where he was taking part in a mile long race on the back of a horse named Landing Officer on the eleventh of January in 1990.

His plan wasn’t exactly a meticulously planned one, being based around the sheer good fortune of the race taking place in heavy fog. After the race had got underway Carmouche simply took the horse to one side under the cover provided by the fog and waited for the rest of the field to return. When it did he slipped out in front of it and took the horse across the line first.

The horse won the race by between twenty-three and twenty-five lengths, with officials estimating that the 23/1 shot had come within one and a half seconds of a new course record. The only problem was that the horse didn’t actually show any signs of tiredness that would have come with taking part in such a race and going at the speed required.

At his trial, where he was tried for misdemeanour attempted theft of $90, the difference between the $140 he would have got for winning and the $50 all jockeys get simply for taking part, James E. Broussard testified. He was a veterinarian who worked for the Racing Commission and had examined Landing Officer after the race had been completed.

He said that Landing Officer looked ‘fresh’ and his ‘bandages were clean’. That was in direct contrast to Something Strong, which was eventually declared to be the winning horse. That horse was ‘blowing hard’ and ‘sweating profusely’, whilst his ‘bandage wraps were dirty’. He was fined $250 dollars, plus court costs, sentenced to thirty days in jail and suspended from racing for ten years.

Unfortunately, the sad tale of Sylvester Carmouche Jr didn’t end there. In March of 2015, the jockey’s son, also a jockey, was charged with four counts of attempted murder in the West Virginia locale of Martinsburg. He set fire to a house in which his girlfriend, three children and a dog were resident. Thankfully, nobody was hurt.

Previous Post: « What Happened to all the Marvel Slots?
Next Post: Digital Banks & Gambling: Can You Bet Using Revolut, Monzo or Starling? »