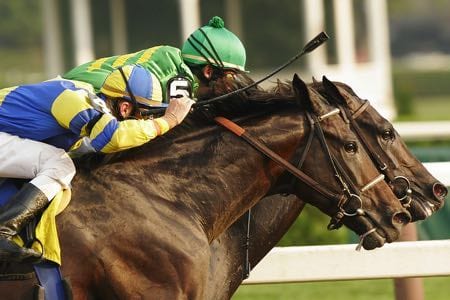 The world of horse racing is populated with older people, mainly because of the prevalence of the likes of owners and trainers in the media. It doesn’t help the sports older image that most of the successful jockeys are also advancing in years, such as Davy Russell being 38-years-old when he won the first of two Grand Nationals on the back of Tiger Roll in 2018, the oldest jockey in the race that year.

Away from trainers, owners and experienced jockeys like Russell, there have been younger heads that have attempted to give the sport a younger look and feel over the years. You can read about the youngest trainers in the sport elsewhere on this site, for example. Here we’ll explore the jockeys that have impressed at a young age, winning races before many would have expected them to.

When Professional Jockeys Get Started 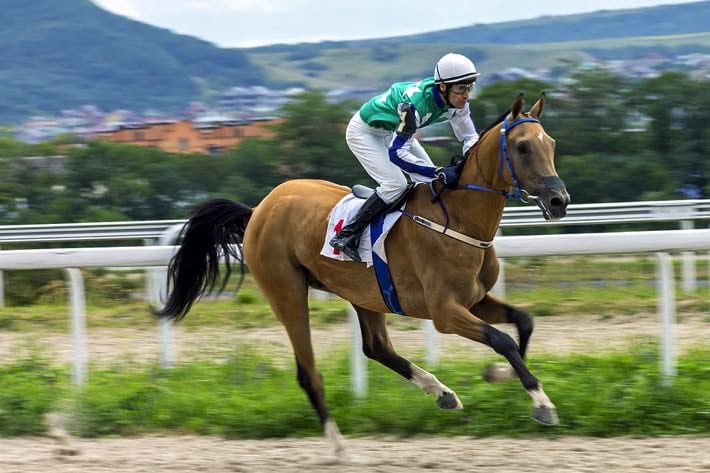 It remains the case that some jockeys get started in their careers because of family connections. Great race horsing families, such as the Baldings, the Piggotts and the Scudamores, have long encouraged their offspring to become jockeys because they themselves entered the sport that way. Clare Balding, for example, became an amateur flat racing jockey at the age of 17 in 1988.

Not all jockeys get started in the sport because it is what their family has always done, however. Those that attempt to enter the sport via an educational method will usually gain a licence to race as an apprentice or conditional jockey, at which point they will join a trainer’s yard to complete their apprenticeship. This happens when they’re aged between 16 and 25, or 16 and 27 for jump racing jockeys.

In other words, it’s possible for people to become a professional jockey at a relatively young age. Depending on how well they’ve done, they could be riding from the age of 16 and developing from there. It’s perhaps a much younger age than some would imagine for jockeys that are controlling heavy, expensive horses, but it shows a degree of maturity that they wanted to become jockeys in the first place.

Now that we know the age at which some people begin the journey to becoming a jockey, we can look at those that have achieved greatness in their chosen sport at a relatively young age. This list isn’t looking at current jockeys, of course, for the simple reason that that information would be out of date by the time that most of you got around to reading the piece. Instead, we’re looking at all-time young jockeys.

If you’re going to get your name into the record books for being the youngest jockey to win a race, doing so in the Grand National is about as impressive as you can get. Known as the ‘World’s Greatest Steeplechase’, the Grand National is famous for being one of the most challenging events that a rider can take a horse into. Most of the fences have got their own names and associated stories, proving how testing they are.

When Battleship was shipped from his native United States of America in 1936 to train with Reginald Hobbs as a steeplechaser, few gave him much hope of impressing. Despite winning several races in the early part of the horse’s training, Hobbs wasn’t convinced that he was ready for the Grand National in 1937 and so he was pulled out at the last moment. Instead, he was put forward for the race the following year, with an interesting jockey.

Hobbs gave the ride on Battleship to his 17-year-old son, who had only celebrated his birthday three months before. Bruce Hobbs had not only his age to battle against, but also the fact that Battleship was entire, becoming the first horse since 1901 to win the National as such and the last one to achieve this feat. Battleship won the race with a teenager on his back as a 40/1 outsider, which is impressive whichever way you cut it.

The Epsom Derby is arguably a race better-known for winning jockeys being of advanced years. John Forth won the event as a 60-year-old in 1829, for example, whilst Scobie Breasley was 52 when he led Charlottown to victory in 1966. So, it is that John Parson’s name stands out in remarkable fashion, on account of the fact that he was believed to be 16-years-old when he won the race with Caractacus in 1862.

The victory of Caractacus was unusual in many ways, even aside from the age of the winning jockey. As a two-year-old, the horse had run three times and lost each time, then as a three-year-old he had entered races over two miles or more. It was that he was given odds of 40/1 when the race got underway, with even his owners having another horse that was more fancied to win.

Was his victory down to the skill of the jockey? It’s difficult to say, but when you consider that this was his only major win it does seem unlikely. The ride had originally been offered to the owner’s main jockey, James Goater, but he turned Charles Snewing down in favour of the better horse. That’s why Snewing’s stable boy, John Parsons, was given the ride, racing himself into the record books as a result.

The exact age of John Parsons has never been confirmed, which is why most reports of his Derby win refer to his ‘alleged’ age of 16. One man whose age was definitely known when he took his first horse across the finishing line in the winning position, though, is Lester Piggott, who won the Derby as an 18-year-old in 1954. He’d actually started riding horses from his father’s yard as a ten-year-old, winning his first race aged 12.

That win came on a horse named the Chase in a race at Haydock Park, earning him his place in the record books. The first win in the Derby turned out to be the start of a beautiful relationship, given that Piggott went on to win the race eight more times. Nicknamed ‘the Long Fellow’ because he was quite tall for a jockey, Piggott is known for being the jockey that expanded the popularity of horse racing away from the upper classes.

Though his Derby win in 1954 meant that he’ll forever be remembered as a young winner, he’d won the Coronation Cup the year before and the Eclipse Stakes three years earlier than that. That win, at the age of 15, came on the back of Mystery IX and was just one of 4,493 career wins that he achieved. He would go on to be named the British Flat Racing Champion Jockey 11 times in his career.

If Lester Pigott misses out on the title of ‘world’s greatest ever jockey’, then it’s only because Gordon Richards earned it first. Named British Flat Racing Champion Jockey 26 times in a career that spanned 33-years, meaning that there were only seven years in which he missed out. He began his racing career at the age of 15 when he became a stable boy at Fox Hollies Stables in Wiltshire.

It didn’t take long for his boss to notice his riding skills, giving him his first ride in a race at Lincoln. He was a determined, single-minded jockey and rode his first winner in March 1921, aged 16. He did the work that ensured he could become a full-fledged jockey, achieving this in 1925 and becoming Champion Jockey in his first season, thanks to the 118 wins that he managed .

His was not a life that was always going to involve horse racing, given that he grew up in a small Shropshire village and his father was a coal miner. His dad did rear pit ponies at their home, which may well have caused Richards to fall in love with racing. Even so, the success that he enjoyed from a young age will have taken virtually everyone by surprise, with perhaps only Richards himself believing he was good enough so he was old enough.

The only name on this list that will almost certainly still be riding by the time most people read it, James Bowen became the youngest ever jockey to win the Welsh Grand National when he achieved the fear in January of 2018. He was just 16-years-old when he rode Raz De Maree to victory, interestingly the oldest horse to win the race since the end of the Second World War and nearly as old as the rider himself.

Bowen had been racing ponies the year before his win, following in the footsteps of his brother Sean, who was the second-rider to Sam Twiston-Davies for Paul Nicholls at the time of his win. James Bowen set a record by winning 30 point-to-point races in his first season, altering numerous trainers to his talents. Both Gordon Elliott and Nicky Henderson wanted to take him on, with Bowen eventually opting for Henderson.

Winning the Welsh Grand National was what thrust Bowen into the limelight, but he was well-fancied before that, which is proven by the fact that his agent was the same man who oversaw A. P. McCoy’s 20 successive Champion Jockey titles. Who knows how much success Bowen will have achieved by the time that many of you read this, but his first major win came at the tender age of just sweet 16.

In some ways, Jamie Spencer is an odd name to have on this list given that he actually came to horse racing at a relatively late age. Yet the rapid progress that he made once he did find the career he wanted to enter meant that he was only 17-years-old when he won the Irish 1,000 Guineas, a Classic race on the Emerald Isle. The following year he was an apprentice jockey and won 46 times.

He soon became a stable jockey for Aidan O’Brien, thanks in no small part to his win on Brian Boru in the 2003 St. Leger at Doncaster. He got 93 winners the following season, being named the Irish flat racing Champion Jockey. That resulted in a move to the United Kingdom, with Spencer being named British flat racing Champion Jockey in 2005, having been in the saddle for 180 winners.

During a career that started at such a young age, Spencer has won the likes of the Ascot Gold Cup, the Epsom Oaks, the Eclipse Stakes and the Goodwood Cup. It was his 1998 win in the Irish 1,000 Guineas that thrust him into the limelight, suggesting to the racing industry that he was a mercurial talent that would make a name for himself. He went on to live up to that early promise and holds an impressive record as a result.

Previous Post: « Lottery Fraudsters: The Scammers Who Tried to Con Their Way to a Lotto Win
Next Post: Which Bookies Own Dog Tracks & Racecourses? »