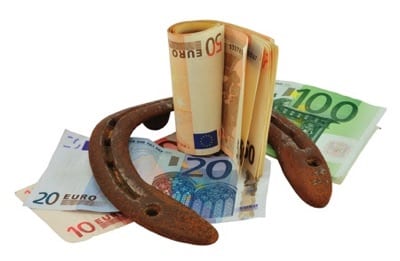 When it comes to watching horse racing, there are plenty of people that so in order to admire the beauty of the horses and the skill of the jockeys. The vast majority of us, though, do so because we want to place a bet or two on the outcome of given events, enjoying the possibility of winning money thanks to our own skill of working out the form of the competitors.

Does the same sort of thing appeal to the people actually involved in the racing? Or is there something that stops jockeys and trainers from getting involved in the betting process? After all, they can have a direct influence on the outcome of an event, so is it right that they’re able to place bets on it? That’s what we’ll be looking at in more detail here.

We Need to Look at Them Separately

The first thing to acknowledge when it comes to thinking about whether or not jockeys and trainers are allowed to bet on horse races is the fact that they’re dealt with entirely differently by the industry. Whilst a trainer can have a big influence over a horse’s ability, choosing how and when to train the horse and what to get it doing, that’s more of a long-term influence.

Trainers can’t immediately impact a race in the same manner that jockeys can, given that jockeys are actually on the back of a horse and can decide how much or how little to push it and when to do so. It’s easy to think of a jockey betting just in terms of wanting to win, but they can also bet against themselves and their charge, which is where difficulties can arise.

A jockey will presumably always want to win, if for no other reason than their wage for a race will be higher if they finish in the places than if they don’t. Yet if they know that they’re on the back of a horse that has no chance of winning, the temptation might well exist to supplement their income by deliberately losing. The same temptation is tricker for trainers, however.

What Are the Rules for Trainers? 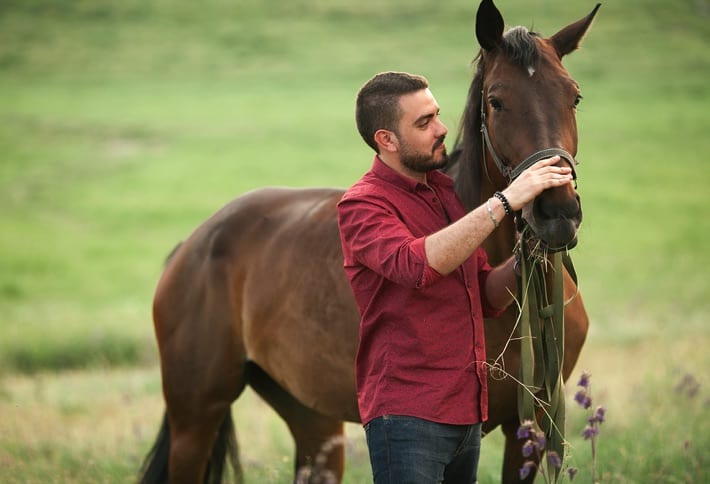 Let’s start by looking at those trainers, exploring what the actual rules are when it comes to their rights and ability to place bets on races in which they’re involved. The reality is that for most trainers winning races doesn’t supply all that much of their income. Instead, it’s the actual cost charged to owners for the training itself that gives them a net win every year.

That’s not to say that they don’t make money from seeing their horses win races or place in those races, of course, but just that it’s not the biggest income generator. When you consider that even the most successful trainers only have a hit rate of around 23%, it’s hardly surprising that they’ll need to supplement their income in other ways than just success on the track.

Jockey Club Says No Bets on Your Own Horse

That doesn’t mean that they’ll necessarily do that through betting, however. Back in 2003 it was decided by the Jockey Club that owners, trainers and even stable staff would not be allowed to place bets against their own horses. This became a necessary ruling because of the increase in betting exchanges, in which laying a horse became a possibility.

Not that the ruling necessarily stopped anyone involved in horse racing from doing just that. Indeed, the British Horseracing Authority has had to look at numerous cases of owners in particular laying their own horses. Cases such as the one involving Darren Mercer laying Joss Naylor in the 2003 Welsh National whilst knowing that the horse wouldn’t run aren’t uncommon.

There are in the region of six hundred licensed trainers in the United Kingdom, according to the BHA. With that in mind, it would be naive to assume that every single one of them obeys the rules when it comes to betting. Generally speaking, though, trainers are allowed to bet on their own horses but are not allowed to bet against horses that they’re involved with.

The Rules for Jockeys Are Different 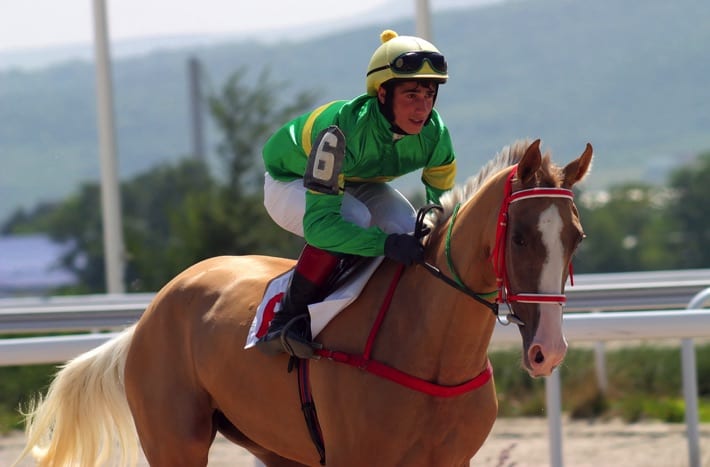 When it comes to jockeys, the rules are much clearer. Rather than worry about whether or not it’s ok for jockeys to bet on horses that they’re riding to succeed or to fail, the British Horseracing Authority has a blanket rule that says that they can’t bet at all on races they’re riding in. The exact wording that the BHA has opted for on the matter is as follows:

A Professional Jockey must not lay or back bet on a horse in any race, or instruct another person to do so, or receive proceeds from such a bet.

A similar rule also applies to amateur riders, who cannot bet on their own races but can bet on races they’re not in. When it comes to a jockey’s agent, the rules are slightly different because they’re allowed to bet, they’re just not allowed to lay a bet on a horse that one of their clients is riding. Equally they can’t ask anyone else to lay a bet or get any proceeds from such a bet.

Jockeys Cannot Bet in Races They Ride In

The main reason for this is that jockeys can have a far more direct influence over the outcome of a race than anyone else. The only other people that are in the same sort of brackets are the valets, given that they can set up equipment incorrectly etc., and they have the same rules applied to them as jockeys do.

There is an argument espoused by some that the rules around betting on races are based on a form of snobbery. Traditionally, a horse trainer would be from the landed gentry, meaning that they’re well-trusted by the establishment. Jockeys, on the other hand, would have been seen as less intelligent and less trustworthy. This is, of course, entirely speculative. 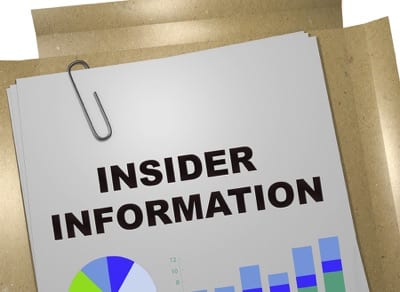 It’s not just outright betting on the outcome of a race that the British Horseracing Authority has a problem with, either. Given that more than £1 billion is gambled on horse racing each year, it’s no surprise that the BHA has concerns over how information is spread between people. Indeed, it is the money added to the sport from betting that makes it such a rich one.

If no one was placing bets then jockeys, trainers and owners would only be going up against each other to win the stake money, which isn’t a particularly large amount. Horse racing, perhaps more than any other sport, has a relationship with gambling which is understood to be extremely closely knit. It simply can’t have its integrity called into question.

If bettors believed that there was a degree of fixing going on within the world of horse racing then the bets would stop flowing, which would have a catastrophic impact on horse racing as a whole. A jockey that is licensed by the BHA is entirely unable to place bets on any horse race, even one that is taking place in a different country.

Likewise, the Professional Jockeys Association makes clear that jockeys are unable to communicate or associate with any betting organisation in any way, shape or form. The only exception to this is if the person in question is an owner that the jockey is riding for or has some other form of commercial agreement that has been officially registered.

There Is Such a Thing as Legitimate Inside Information

Whilst insider information being given to those in the outside world in order for them to place bets and potentially make money is strictly prohibited, there is actually such a thing as acceptable inside information that jockeys can make use of. They can even receive payment for releasing such information, on the proviso that it is a suitable amount that reflects their status.

Opinions can be expressed by jockeys on horses as long as it’s done in an interview, for example. Similarly it’s ok if it’s done in the course of news gathering by organisations in the media. Jockeys may also sometimes be asked to speak to specific grounds on a tour of a stables, say, or when dealing with corporate clients at a racecourse.

The line is somewhat blurry on occasion, with the PJA saying that ‘casual conversations’ are ok, as long as the person the jockey is talking to isn’t going to use the information for ‘corrupt betting purposes’. They instruct their members to bear in mind that ‘careless talk and casual chat can get you into trouble’, though there’s no advice about how to tell the difference.

Whilst there are certainly some legitimate uses of inside information, there are plenty of illegitimate ones that can get a jockey into serious trouble with the racing authorities. Information given to anyone other than an owner or owner’s representative that is done so with the specific aim of seeing a jockey be rewarded in any way is against the Rules Of Racing.

If a jockey either knows or suspects that the information that they’re providing will be used in a corrupt betting manner then they can face consequences. The suspicions of the BHA and other bodies will be raised if a jockey continuously provides information to the same people, even if it’s not for direct or immediate reward.

It’s also important that jockeys do not have any kind of associations with so-called tipping services. On top of that, if a jockey happens to rides horses for more than one owner then they’re not allowed to speak to one owner about another owner’s horse without their expressed permission. Jockeys can make phones calls on the day of races, but messages cannot be sent or read.

The British Horseracing Authority and other governing bodies in the sport are doing as much as possible to limit the influence that nefarious characters can have on horse racing events. There’s an anonymous tip line called RaceStraight, as an example, that members of the public and those within the racing industry can use to report suspicions or wrong-doing.

The BHA also has an integrity team that works hard to sift through pieces of intelligence gathered on an ongoing basis. The aim of this is to ensure that no information is lost when trying to piece together the overall picture of betting corruption in the race industry. As with RaceStraight, RaceWISE is another anonymous option open to people in racing.

There is a nine-strong team of betting analysts, intelligence analysts and investigators who work tirelessly to monitor all information, including any suspicious trends in the betting markets. As a governing body for the sport, the BHA has to do everything that it can to protect against inside information, which includes giving members an outlet for any concerns.