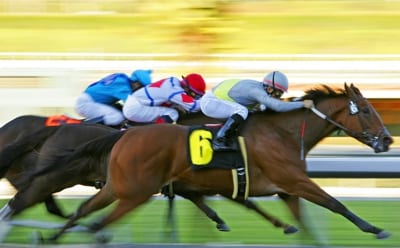 Have a look at racing in the United Kingdom and you’ll find that it splits into three main categories: jump, flat and all-weather racing. All-weather racing hasn’t yet found a safe way to make it possible to host jump racing, so really, there are only three types when it comes to what the horses need to do to win. Within those separate disciplines there are, of course, different race types to keep things interesting. Jump racing alone offers hurdle races, steeplechases and cross-country alternatives, to say nothing of National Hunt flat races.

Given the variations on offer in the UK, you would be forgiven for thinking that there are enough choices without other countries needing to come up with racing types of their own. Yet the reality is that racing in the UK and Ireland is often entirely different to the sort of racing you’d witness in the likes of the United States of America, Australia and New Zealand. Each nation has its own quirks and personalities when it comes to horse racing, which are important to understand if you’re hoping to be on the receiving end of a bet or two on events hosted further afield than just Aintree, Cheltenham and Ascot.

Racing in the USA

The first place to start is with our cousins across the pond. Horse racing is a hugely popular sport for spectators in the United States of America, having been taking place there since 1665. Some of the grandstands available at the most popular racecourses in the States have room for more than a hundred thousand people, making it a sport that can bring in more than $100 billion for those involved.

The key thing we want to learn about is the types of races in the US that are different to the ones that we can watch in the United Kingdom. Yes, they have flat and jump racing events for thoroughbred horses, but there are also race types that British audiences don’t get to watch in their home nation.

As an example, the most popular breed of horse in America is the quarter horse, which is bred specifically to be able to take part in races that are a quarter of a mile or less in distance.

Perhaps one of the most interesting types of race that you can see in the US is chariot racing, which involves the use of what are known as ‘standardbred’ horses to pull a jockey around a course in the back of a chariot.

Another race type that British audiences simply don’t get to watch is the endurance race, which can ask participants to race as much as 100 miles. Arabian horse races are exclusively for horses with roots in the Middle East, which are bred with stamina in mind and are often the type of horse featured in an endurance race.

In terms of the major differences, one of the big ones is that there are simply far fewer jump races in the States than in the UK. Jump racing only takes place in eleven of the fifty states, which contrasts sharply with the British love of National Hunt races. The vast majority of races in the States take place on dirt tracks, with most British races occurring on turf. The UK offers both left and right-handed courses, but in America courses running right-handed don’t tend to last long as they’re not popular.

Arguably the biggest difference between American and British racing comes in the length of the races. As the clear majority of races that take place in the US are on the flat, they all tend to be one and a half miles in length or less. That is mostly true of flat racing in the UK, but when it comes to jump racing, it’s common for races to be three-miles or more in distance.

This might also help to explain why the US has fewer grades of classification than the UK. That may also reflect that fact that American races are far richer than their British counterparts, with seven of the races that are part of the Breeders’ Cup offering prize money in excess of $2 million. The Grand National is one of the richest races in the United Kingdom, but the winner often takes home a relatively modest amount of around £500,000.

When British ships arrives in Australia with the aim of establishing a new colony, they carried horses, as well as people. Unofficial races were soon happening around the country, but it wasn’t until 1810 that an officially sanctioned race took place at Sydney’s Hyde Park. The sport was already popular, even in its more informal format. The growing popularity resulted in the formation of the Australian Jockey Club in 1842 and in 1878 the Australian Stud Book was created with the aim of maintaining the thoroughbred breed registry.

The country boasts more than three hundred racecourses, which is the most of any other country in the world. The most popular race types in Australia are flat races, with the Melbourne Cup being one of the prime examples. It is so popular that it boasts the tagline of ‘the race that stops a nation’. The country boasts sixty-three of the one hundred and ninety-three Group 1 races that take place around the world at the time of writing, so there can be no questioning Australia’s love of horse racing as a sport.

When it comes to the actual races, there isn’t anything particularly spectacular about horse racing in Australia bar the fact that there are simply so many races. Both types of race are common, with flat racing being more usually found in Victoria and South Australia. Betting is common on races down under, with Totalisator Agency Boards not only being found on the course but also in pubs and bars in the right areas. Betting online has also become more common in Australia in recent years.

Obviously as this piece goes on there are less and less things to tell you about that are new, with many different countries offering the same sort of races as each other. The majority of countries that have horse racing as a national pastime will offer both flat and jump racing, for example, so there’s not much point in telling you that every time. There’s definitely something different to tell you about when it comes to the racing in Asia, however.

The Japanese form of Ban’ei kyōsō, which translates roughly to ‘pull racing’, sees draft horses pull sleds up sand ramps. They are urged-on on their journeys by jockeys who stand on the sleds and balance as the horse makes its journey. This type of racing has lost popularity in recent years and the most regular races take place at Obihiro, Hokkaido Racecourse. The course is around two hundred metres in length and has lanes that are separated by ropes laid in the sand.

Racing is extremely popular in numerous countries around Asia, not just Japan. Despite the fact that gambling is illegal, the United Arab Emirates remains one of the most horse racing crazy nations in the region, with Dubai’s Meydan Racecourse one of the largest tracks in the world. The Dubai World Cup is hosted there and is one of the richest horse races on the planet.

The endurance racing mentioned earlier might well be popular in America, but the most prestigious example of it is unquestionably the Mongol Derby. Taking place over more than six hundred miles on the Mongolian Steppe, the race is intended to be a recreation of the horse messenger system that was employed by Ghengis Khan in the thirteenth century. Known as the longest horse race in the world, the Mongol Derby requires participants to travel over terrain as varied as mountain passes, valleys and river crossings.

Perhaps the racing that has the closest links to the types of racing that we’re used to in the United Kingdom is that which takes place in Europe. Different countries have different associations with the sport, with Belgium only offering it at three different venues, for example. There are fifteen racecourses in the Czech Republic, whilst France offers the world’s second richest turf race in the from of the l’Arc de Triomphe.

Some European nations, such as Greece, don’t tend to offer horse racing as a sport. Other countries don’t tend to take their horse racing as seriously as the major European nations, but have nevertheless managed to produce some exceptional horses over the years. Hungary is a good example of this, with Kincsem boasting a record of fifty-four wins from fifty-four start.

Whilst racing as a sport is popular all around Europe, there isn’t much to report in the sense of differences from one country to another. Some will have different ways of starting races, say, or will boast different course layouts that make them interesting and have some effect on the ways that races are run. Yet generally speaking, there’s not much to tell you about in the sense of differing race types that would make it difficult for you to figure out what was going on if you found yourself at a racecourse watching what was taking place there.

Previous Post: « How Casinos Can Detect Card Counting
Next Post: What Affects the House Edge in Blackjack? »