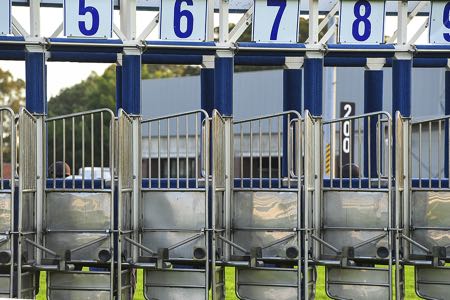 It might seem a bit mad, but sometimes races happen when no horses actually run in them. The word ‘happen’ might be a bit misleading, given that nothing actually happens, but the race is scheduled and is expected to go ahead, only for no horses to turn up and run in the race. There can be numerous reasons for this, from injury to illness via traffic incidents or a decision for one or more of the horses to be run in a different race, but the point is that it happens from time to time. The question is, what happens when one of those times comes around?

The short answer is that the race is declared void having been abandoned. As a result, the rules that apply to abandoned races will apply to any races that have no runners in them. If you’ve placed a bet on such a race then the likelihood is that you’ll get your stake returned to you, unless it was placed ante-post. Should you have wagered ante-post then you’ll lose your bet, as per the rules that are in play for that type of bet. If the race in question was part of a multiple then the bet will carry on, with the bet on the race that had no runners simply being removed from it.

Races with No Runners

When a race meeting is planned, the races that will take place during the meeting are organised and arranged in advance. This is somewhat obvious when you think about how difficult it would be to arrange a race off the cuff, so it isn’t really a surprise to learn that a lot of planning goes into such meetings. Owners and trainers know about the races well ahead of time, entering their horses into the race at an early stage in proceedings. As you might know if you’ve ever seen something like the Cheltenham Festival, horses are sometimes entered into more than one race in the same meeting.

This is done because trainers and owners aren’t always sure which race is best suited for their horse. When possible, races will often have alternative horses that will run in them in the event that one of the horses entered at an early stage doesn’t run. Of course, not all races have the ability to have horses on standby, so sometimes a horse will have been entered into a race but in the end doesn’t take part in it. Similarly, there might be a plan for a horse to run in a race only for the transport of the horse to get stuck in traffic or for it to not make it to the track for some other reason.

Obviously there aren’t many occasions on which no horses are available to run in a race. It does happen, however, so when that is the case, bookmakers consider the race to have been abandoned. What happens to your wager will depend on what type of bet it is that you’ve placed, with the following being an example of rules imposed by most bookmakers:

Not all bookmakers will do the same thing, but the rules above are a fair reflection of what most bookies choose to do with races that are abandoned. Those that have no horses to run in them fit into the category of being abandoned as far as the majority of bookmakers are concerned, so what happens to your stake will be dictated by the above. Again, this isn’t a hard and fast ruling, but it is fair for you to assume that that is what your bookie will do in the extremely rare event that there are no horses to take part in a race that you’ve placed a wager on.

The Protest Over Prize Money

In July 2022, trainers decided to stage a boycott of a race at Newbury over anger at the prize money that was on offer. It was the first time in three years that such a protest was carried out, but the manner of the protest was such that no horses were declared for the final contest. It was due to take place in front of a near sell-out crowd at Newbury, many of whom were left bemused by what had happened. The race in question was one that was due to be run over one mile and two furlongs and was open to fillies aged three and over.

The Chief Executive of Newbury Racecourse, Julian Thick, said that it was ‘disappointing this has happened and at a time when the industry needs to pull together’. This feeling was echoed by the Racecourse Association, who added that the decision to boycott the race ‘reflects poorly on British racing’, whilst also putting the ongoing governance review in ‘serious jeopardy’ in terms of the progress and cooperation that was taking place. Unsurprisingly, those speaking on behalf of trainers disagreed, pointing to the small amount of prize money on offer as the reason for the boycott.

What the Trainers Had to Say

The President of the National Trainers Federation, Ralph Beckett, as well as Roger Varian, confirmed that the decision was taken when it was made clear that the prize money for the race would be £6,500. The winner would take home £3,510, which is the joint-second lowest such amount offered for a Class 5 fillies’ novice race taking place in Great Britain in 2022. It was rumoured that a prominent Newmarket handler contacted trainers and asked them if they’d consider not entering their horses because of the small prize on offer, but in the end, according to Beckett, each made their own decision. Speaking on the matter, Beckett said,

Trainers have decided, it seems, that £3,500 for the winner of a novice at Newbury isn’t enough for them to run. It’s a Grade 1 track and it’s a Saturday afternoon. I decided to declare my horse to run elsewhere and presumably, I have no idea because trainers are independent creatures, they have decided to take the same view. The race was originally carded to be worth £5,300 in total and Newbury added to it after the entry stage, but it clearly wasn’t enough. It was too little too late. I believe there was some correspondence from one trainer with the racecourse when the conditions were published a month ago.

What the Jockeys Had to Say

It was a feeling that was held by many in the industry. Luke Morris, who has won Group 1 races as a jockey, said that the prize money for the event was a ‘disgrace’, whilst leading owner and breeder Kirsten Rausing, who had a filly for the race but didn’t declare her, said that similar action in the future would gain her support when it was ‘necessary’. Craig Bennett said that it might well happen in the future on account of the fact that owners could enter their horses into races in Ireland and France if the racecourse in Britain failed to meet the expectations of all concerned. Bennett, who owns Group 1 winners under his Merry Fox Stud, said that Golden Sheen wasn’t declared. He said,

We didn’t run for two reasons, the primary one was the ground as she would need a drop of rain. Irrespective of that, if a premier racecourse like Newbury thinks it can get away with putting on races like that with that sort of prize-money then they are badly mistaken. You cannot expect owners to support it with what it costs to breed horses, to train horses and to get them to the races – it’s disgraceful, there’s no other word for it.

What About When There’s Only One Entrant?

The protest staged at Newbury wasn’t the first time that protests have happened because of the lack of decent prize money. In 2011, Leicester was forced to host a one horse race as a result of a protest when the Bet Totepool at totesport.com Handicap became a walkover; the first in British racing for more than four years. The boycott was organised by the Horsemen’s Group, which represented jockeys, owners, trainers and stable staff, as well as thoroughbred breeders. It had started boycotts at the start of that year’s flat racing season, setting a minimum expectations of prize money.

Any time a race failed to meet the minimum, members of the group were urged to boycott it. Andrew Balding, Ralph Beckett and Harry Dunlop were the only trainers that put forward horses for the race, with Balding and Beckett pulling their horses at when final declarations were made. Dunlop agreed with the boycott, calling the prize money ‘terrible and wrong’, but it was decided that the best protest was to put forward one runner so that Leicester Racecourse would still have to put the prize money for the winner forward, whilst still gaining the publicity.

The prize money on offer was £6,000, so it is easy to see why the Newbury protest happened more than a decade later on when the prize money was actually less than that. The rules of most bookmakers are such that races that are declared to be a walkover will be considered to be void. The result of this is that bets are treated much as they are in abandoned races. That is to say, Single wagers are refunded, multiple bets are adjusted to remove the leg that featured the race in question and any bets placed ante-post will be losers, in accordance with ante-post rules.

There have been other examples of walkovers in the past and they haven’t all been because of protests. In 2008, for example, a race at Southwell had five horses starting. Jord left the stall before the start had been officially declared, with the other horses following. The flags representing a false start went out, but only the ironically named Rebellious Spirit stopped, with the others completing the mile circuit. As a result, the four horses and jockeys that ignored the rules were withdrawn from the race, allowing Rebellious Spirit to complete it at a canter.

Fines were issued to Charlie Mann, Nicky Henderson, David Pipe, Donald McCain, Philip Hobbs, Venetia Williams, Alan King, Jonjo O’Neill, Seamus Mullins and Evan Williams after the trainers all withdrew their runners shortly before a race at Worcester in July 2012. That left Moulin De La Croix to complete the race with Sam Twiston-Davies on board. Once again, the race was the subject of a protect over prize money, this time with the race offering £900 less than the tariff trainers had suggested. The protest can be said to have worked, though, given an agreement over prize money was reached towards the end of the year.

Sir Anthony McCoy would have won another race in his pursuit of 300 winners in a single season had he taken part in a race at Wetherby in October of 2014. Sadly, he dislocated a collarbone earlier in the day, forcing him to withdraw. His place in the saddle was taken by Harry Bannister, who was able to canter past the winning post when the other horses in the race were withdrawn either because of the Going or because of self-certification. A shame for McCoy, but the fact that he’d already set the record with 289 winners should have been enough.

Previous Post: « How Betfred Saved Great Leighs Racecourse (Chelmsford City) from Closure
Next Post: Football Referee Bias: Do They Support a Team & Can They Bet on a Match? »