This page lists poker bonuses from trustworthy and reputable online poker sites. All of the poker sites found below offer some kind of poker sign up bonus in order to welcome new players.

There are a couple of different kinds of poker bonus, but for the most part poker bonuses are credited as ‘bonus funds’ which are released as you play – either in bite size chunks or all in one go at the end. A small number of the poker sites release a portion of the bonus immediately before you’ve even played a hand to help give your bankroll a instant boost. Some even give bonuses to players without them even needed to make a deposit.

The bonuses in the list below are all for new players when they sign up, although many also offer their existing players reload bonuses, cash back and other ongoing promotions.

Welcome Package of up to €365
Claim Offer
€365 bonus is redeemed in instalments based on Status Points earned. Tickets and prize wheel spins expire after seven days. Time limits, exclusions and T&Cs apply. For more information about this offer please visit the website. #ad

How Do Poker Bonuses Work? 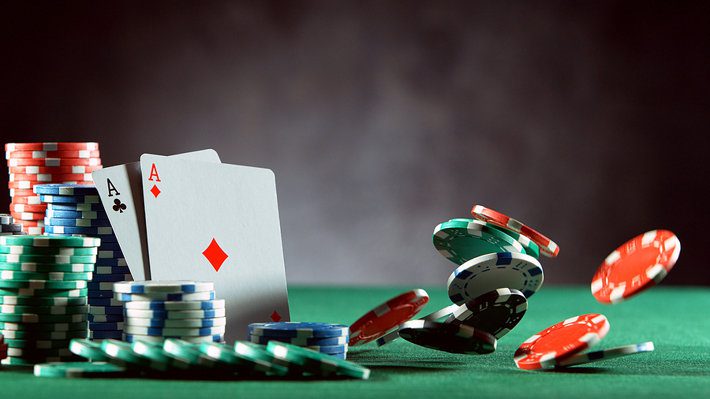 Bonuses in the poker world work a little differently to other gambling products. For casino, bingo and sports you normally get to wager with your bonus either straight away or after a relatively easy trigger has been met (such as betting your deposit once), but with poker the bonus is released as you play.

The reason for this is pretty simple. You’re playing against other players rather than the house, so the poker site doesn’t want you to sit down at a cash table with your bonus and lose it all in one hand – effectively turning the bonus into cash and putting it in the pocket of the player that you lost to.

In most cases bonuses are released in increments based on the amount of rake generated, effectively ensuring that the poker site doesn’t lose out as you will have often paid more in rake than you receive in bonus funds. As with most betting offers, the rate at which the bonus is released will vary by site, as will the size of the chunks.

To throw in an added level of confusion, often sites vary the rate of bonus conversion as you play so that the earlier parts of the bonus are easier to earn than the later ones.

The nice thing about a poker bonus is that the wagering requirements tend to be built in to the release requirements, which means once you receive that £5 it’s yours to play with or withdraw as you see fit.

What About Tournament Tokens? 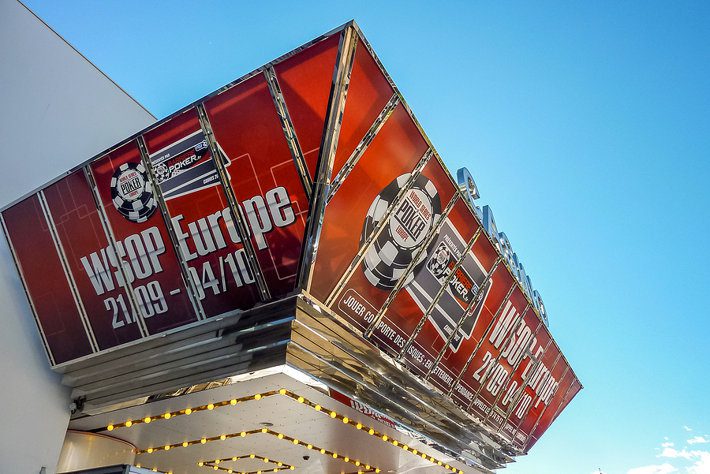 The previous section deals with bonus cash which is released as you play, and the most common form of bonus, especially when bigger numbers are involved. However, there is another type of offer you might come across called a “tournament token”.

Tournament tokens can be used to enter poker tournaments and are often given as additional perks to the standard bonus. In this scenario they tend to be for smaller stakes or limited to specific qualifiers – such as “one free shot at qualifying for the World Series of Poker”. You do see some bonuses that are entirely made up of tournament tokens, but these are relatively rare.

Tournament tokens tend to be for specific amounts, such as £5 + £0.50, or for named tournaments, such as the “Saturday Night Headhunter” but any winnings are normally yours to keep. 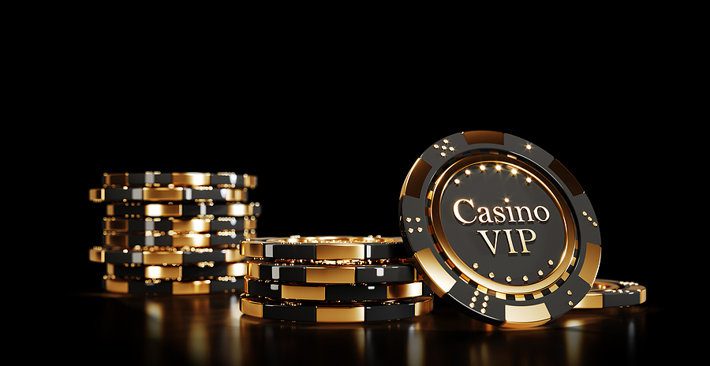 Everything in poker revolves around the rake – this is the fee that you pay to the house to play the game. In a tournament the fee is clearly visible as it’s listed as a specific amount – so in a £10 + £1 tournament the £10 portion goes into the prize pot and the £1 goes to the house in exchange for hosting the game.

With cash games it’s a little different and harder to keep track of as it’s removed from the pot as the bets are made. So if there is a rake of 5% and two players in a head to head match are both in for £10, then the rake would be £1. Normally the rake is capped to stop it becoming excessively large in bigger pots and also often not collected if the game ends pre-flop (known as “no flop-no drop”).

See the following examples for a 5% rake with a cap of £5 and a no flop no drop rule:

As you can see, once the pot reaches the £100 mark the cap has been reached and the rake no longer increases. For this reason high stakes games have a proportionally lower rake than their micro-stakes counterparts.

The amount of rake paid by a player is what determines the rate at which a bonus is released. This figured is usually converted into “player points” (or something of a similar name) so that you don’t pay too much attention to exactly how much you’re paying in fees.

Why Are Some Bonuses in Euros or Dollars? 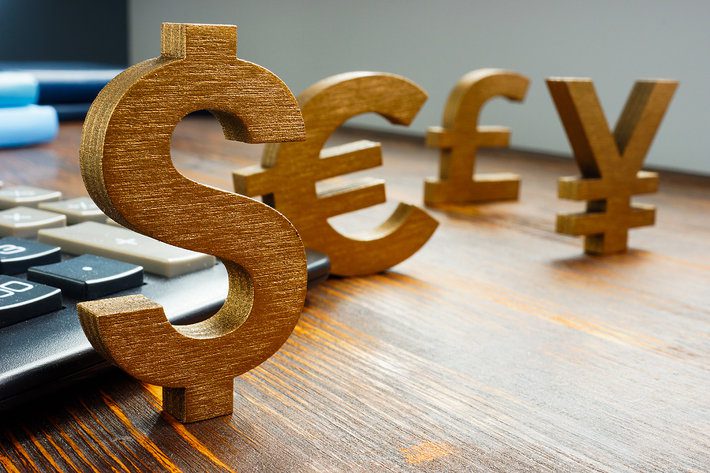 OnlineGamblingWebsites.com is very much a UK facing site, so why do we feature offers in other currencies? The reason for this all comes down to the currency that the poker network uses. Some networks have multi currency tables – meaning you’ll find games in £, € and $ – whilst others only have one currency.

When you see an offer in an alternative currency it most likely means that is the primary network currency, so when you see 100% up to €100 that means that the games (and therefore the rake) take place in Euros. The poker sites then handle their offers in Euros on this network to make release rates easier to calculate.

What Are No Deposit Bonuses? 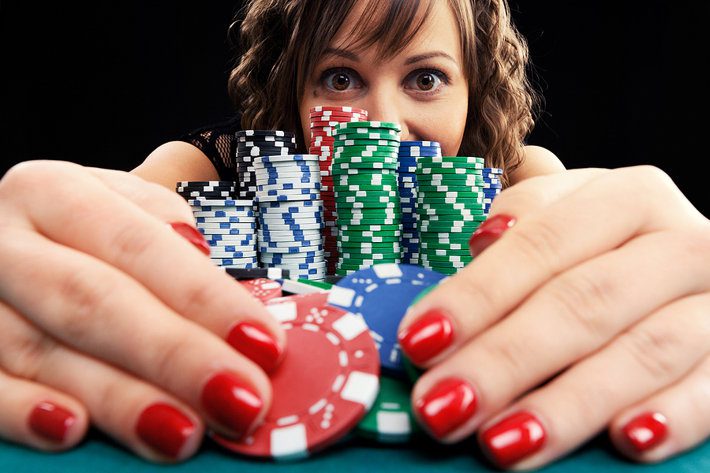 To put it in the simplest terms possible, a no deposit poker bonus is a bonus which you receive without first having to make a deposit at the poker room.

Can I Win Real Money?

Yes! However, there will almost certainly be wagering requirements attached to the bonus. For example, you may have to play in a certain number of hands before you can withdraw the bonus or any net win you make. There may also be restrictions on what you can and can’t play with the bonus – especially if the bonus is issued as tournament tokens rather than as cash chips. Full details should be on the relevant poker rooms website, but if in doubt, ask customer support.

How Do I Claim No Deposit Poker Bonus?

This varies between poker rooms but instructions should be clearly stated on each poker rooms website.  The bonus might be automatically credited to your account when you register, or you might have to contact customer support to have the bonus manually added.

Any Other Free Poker Money Tips?

As well as the poker no deposit bonuses listed at the top of the page, you can also make some cash playing freerolls. A freeroll is a promotional tournament set up by the poker room or network that does not charge any kind of buy in, yet still has cash prizes. The prize funds for some of the larger freerolls can reach the hundreds of thousands of dollars, but in the majority of cases the prizes with be relatively small.

Even with these conditions, freerolls are a great way to get in some real money poker when your bankroll is depleted. But be warned – most players will be playing as if it’s not real money until they reach the final table. So expect a lot of ridiculous calls, suck outs and hyper aggressive players.