When it comes to having a casual flutter on something, horse racing is one of the most popular sports around. Whilst football might be more popular in general, horse racing does have the added benefit of being available pretty much all year round. On top of that, there are races almost every day of the year, especially if you’re the sort of person that doesn’t mind betting on races taking place further afield.

Those of you that bet regularly will know all about the world of Starting Prices and what it all means, but if you’re knew to racing then it might well seem like a foreign language. How is the Starting Price different to any other price? Given the fact that bookmakers give you the option of taking a Starting Price rather than the proffered odds, should you take it? We’ll have a look at answering such questions here.

What Is the Starting Price or SP?

The place to begin when it comes to discussion of this topic is with a look at what there Starting Price actually is when it comes to horse racing. Simply put, the Starting Price, which is often written as SP by bookmakers, is the odds that have been assigned to a horse by the time that a race is going to get underway. It is the final price available to punters before the horses start running.

Odds for horses in racing fluctuate massively, often starting long and coming in as the race’s start gets closer. This isn’t always the case, however, and sometimes a Starting Price will end up being much longer than the odds that had been offered at the beginning of the day or on the ante-post market. We’ll come back to talk about this elsewhere on this page, but it’s just worth mentioning.

How Starting Prices Are Determined 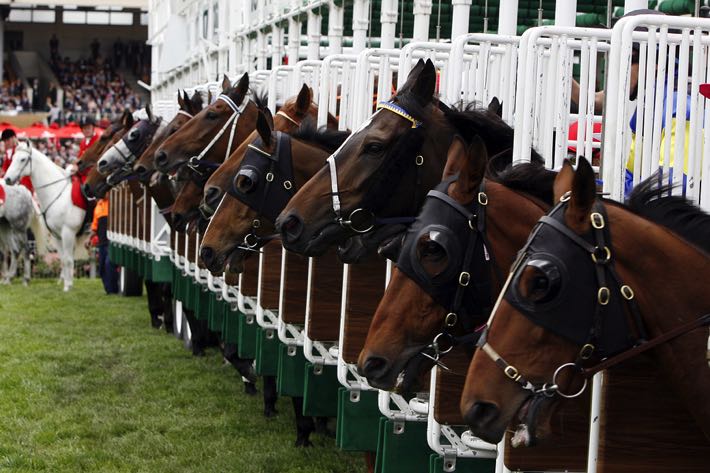 What Is the Point of a Starting Price?

It is not unreasonable to ask why racecourses even both with a Starting Price. What use is it? The short answer is that it allows returns to be figured out for bets that were placed with fixed odds bookmakers but where odds were not taken. This is when punters might have ticked the ‘Accept Starting Price’ option on an online site, for example, or asked for the Starting Price in a betting shop.

In the United Kingdom, most bookmakers will offer bettors the choice of taking the odds offered at the time that the bet was placed or else opting for the Starting Price. Obviously, that that opt for the latter need someone to fairly decide what the Starting Price was, which is where the independent panel comes in and figures it out. It will then be used as the price for all bookies covering the race. 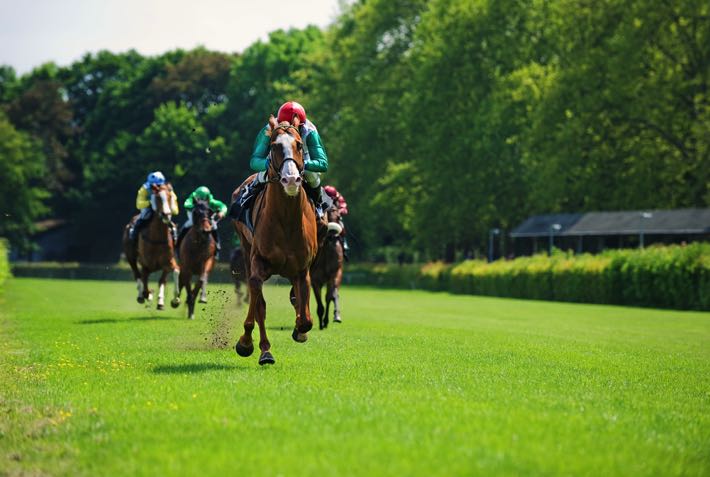 It is now more uncommon to find a bookmaker that doesn’t offer a Best Odds Guarantee than one that does. As with many things in the bookmaking world, once one bookie has offered it most of the others will follow suit for fear of missing out on customers. If you’re going to bet on horse races then you’d be silly not to opt for one with a Best Odds Guarantee offer in place, given how it works in your favour.

The Best Odds Guarantee works like this: you place your bet with a bookie using the fixed odds offered at the time. If the Starting Price for the race ends up being better, which is to say higher, than the odds that you took then you’re paid out at the Starting Price rather than the fixed odds that you opted for. It removes the fear of ending up with a worse price than the SP when you’re placing your bet.

Let’s say that you’ve looked at a race and found the horse that you want to bet on. The bookmaker that you’re planning on betting with is offering odds of 8/1 two hours before the race is due to get underway. You take the odds, staking a bet of £20 on the outcome. As the race gets closer, the horses odds begin to drift because of large bets being placed on another horse, which has become the race favourite as the market moves.

If you’ve placed your wager with a bookie that doesn’t have a Best Odds Guarantee in place then you’ll be paid out at 8/1 if your horse ends up being the winner. Whilst that’s still a decent return of £160 plus your stake back, your friend, who placed the same bet but with a bookmaker that does have a Best Odds Guarantee offer in place, will be getting paid more than you.

That’s because the Starting Price had drifted to 12/1 prior to the race getting underway. Your friend is paid out at 12/1, even though they originally took odds of 8/1, thanks to the Best Odds Guarantee. In other words, they’re getting 12 x 20, or £240, compared to your 8 x 20, or £160. It’s a large chunk of money to be missing out on just because you placed your bet with a bookmaker that doesn’t have a Best Odds Guarantee.

The best way to explain why taking the Starting Price isn’t always a good idea is by looking at some specific examples. We looked at a race that was due to get underway at Hexham at 15.10, looking at the price earlier in the day and then comparing it with the Starting Price. Here’s how they changed:

You can see, then, that the Starting Price of several of the horses ended up being much larger than the price that we were offered forty minutes or so before the race got underway. Equally, some of the horses’ prices came in a little and you’d have lost money if you’d have opted for the Starting Price. Aire Valley Lad won the race with SP odds of 16/1 compared to the 14/1 we might have taken.

Whilst this is just a one-off race, it does give you an indication of just how volatile prices can be in horse racing and the risk that you take if you opt for the Starting Price. In the case of the actually winner you’d have benefitted from doing so, whereas if Fostered Phil had won you wouldn’t have. It also indicates why Best Odds Guarantees are such excellent value for punters to take advantage of.

Why You Might Want to Take the Starting Price

The main thing to remember when it comes to thinking about the Starting Price is that you have absolutely no idea what it will be when you’re coming to place your bet. This means that you could see the odds go much bigger than the ante-post market or they could come in quite a lot and you’d receive much less if your horse wins. Such a wide variance in what might happen might put some people off taking the SP.

In the vast majority of races, most bets are placed in the five minutes or so before the race gets underway. That is when odds will see the most volatility, meaning that most punters will want to wait until the last second before placing their bets. Obviously this isn’t always possible, perhaps because you have to go to work or you’re betting on two races that start at the same time as each other.

That’s the sort of occasion when taking the Starting Price rather than the odds offered when you’re looking might appeal to some. If you have been given a tip that a horse is likely to do well in a race then you’ll want to keep an eye on its odds. If it had drifted from 5/1 three hours before the race to 7/1 two hours before, it’s possible that the odds will keep drifting and so taking the Starting Price would make sense.

Again, that’s only the case if the bookmaker that you’re betting with doesn’t offer a Best Odds Guarantee for some reason. If a horse’s odds have drifted then it’s unlikely that they’ll come in all of a sudden. In fact, the likelihood is that they’ll keep drifting and be even further out by the time that the race gets underway. That’s what makes the SP such an appealing option for those that can’t be there for the start of the race.

Given that bookmakers choose their odds based on the likelihood of a horse winning a race, you’d be forgiven for wondering why the price shifts the closer a race gets. After all, if they were good at their job wouldn’t they be confident in the price that they’d assigned to a horse? The answer, of course, is that bookies have to respond to the market in order to reduce their liabilities as much as possible.

A bookmaker’s list of odds isn’t scientific. It is a process by which a bookie suggests their best guess of the outcome of a race, but they can’t get everything right all of the time. The odds that are set reflect the information that the bookmaker had to hand at the time of offering them, but more information can come to light as a race gets closer and closer to coming under Starters Orders.

As a result, bookies need to be able to shift the odds where there is large interest in the market. Even something like a horse walking in the parade ring can hand the bookmakers information that can allow them to adjust their odds. Equally, if huge sums of money are bet on a horse when the odds are released then a bookie will realise that they’ve probably priced said horse incorrectly.

Equally, of course, bettors can take advantage of mistakes that bookmakers have made. If you spot a horse in the parade thing and think it looks in a much better state than its odds suggest then you can use that and place a bet on them. Bookies will always react to the market, so you have to be quick to take advantage of any error that has been made, or opt for the Starting Price and hope for the best.

Previous Post: « Could We See the End of White Label Casinos?
Next Post: Does Darts Have a Match Fixing Problem? »