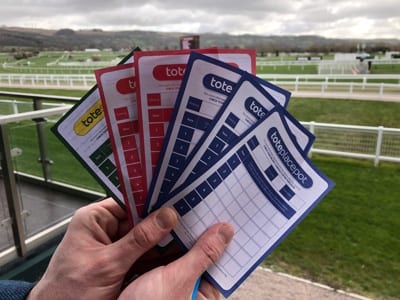 There’s nothing sweeter than the notion of winning a Placepot bet for the simple reason that it sees huge returns come in for a relatively modest amount. That is because it’s a tricky bet to win, of course, with those that pull it off quite rightly seeing their story in the newspaper if the pot is large enough. There are a number of people who’ve won modest amounts and will be gutted because of that, but those that have struck it big will understandably not mind bragging about their tale and are keen to tell people how they did it.

The most noteworthy winners usually find that they’ve achieved their success at one of the biggest race meetings of the year, which is why the majority of stories you’ll read about tend to revolve around the likes of Aintree or the Cheltenham Festival. The stories are spectacular, though, which is why the Placepot remains such a popular way of having a wager for punters either attending meetings or watching them at home. Here we’ll have a look at some of the most interesting victories for those that have dared to dream, exploring how much they took home compared to how large their initial stake was.

What Is the Placepot?

The first place to start is by taking a quick look at what, exactly, the Placepot is and why it’s so appealing. Every single meeting day at a UK or Irish racecourse offers punters the chance to place a bet on the Placepot. Simply put, you’re asked to select a horse that you think will finish in the places for six races during a day. The important thing to note is that you’re selecting a horse that you think will place, so they don’t need to win their race in order for you to benefit.

You can pick more than one horse in each race if you wish to, but you’ll have to pay for the number of permutations that you select. One thing to bear in mind is that how many horses are classed as ‘placing’ will differ from race to race. The Tote organisers take a percentage of the total amount up for grabs, usually around 30%, and the rest is split between the winners according to the size of their stake. Say the total pot is £100,000. Remove £30,000 of that for the organiser of the pool, leaving a total of £70,000 up for grabs. If there are 600 winning tickets, then the total of £70,000 will be divided by 600 to figure out how much each ticket is worth.

£70,000 divided by 600 is £116.66, so if you’ve bet £5 on the Totepool then you’ll receive £583.30 back. The fewer winning tickets there are, the bigger the prize money will be, which is what happens in the stories that make it into the papers. After all, if you’re the only person to select all six winners right for the races you’re betting on, you’d’ve received £70,000 in our example here.

Now that you’re a bit clearer on what a Placepot is, let’s have a look at some of the stories that have been impressive enough to make their way into the newspapers in recent times.

Let’s start with the most outrageous story of all. On the first day of the Cheltenham Festival in 2019, a punter placed a £2 Placepot bet on the following six horses:

Of the six choices, only Melon and Stormy Ireland failed to win their races, both coming second. The total net pool for the day’s races was £958,481.10 and there were 10.50 winners, meaning a dividend of £91,283.10. Of the other winners, the majority were for much smaller stakes, which is why the bettor who had placed £2 on their selections won such a large sum of money.

They were helped, of course, by the fact that few of the favourites did their job and won their races, meaning that plenty of punters saw their hopes hit the rocks early in the day. Buveur D’Air, Apple’s Jade and Laurina, for example, were all well-fancied for the Champion Hurdle but none of them performed as expected, so Espoir d’Allen’s win and Melon’s second place finish resulted in numerous cards being ripped up. Equally Benie Des Dieux was considered to be a banker in the Mares’ Hurdle but fell at the end.

Those debating whether or not the Placepot is truly as popular as is made out would doubtless be interested to know that more than £1 million was bet into it for the opening day of the Cheltenham Festival in 2019; a day that otherwise saw the bookmakers winning the battle with the punters. The fall of Benie Des Dieux saved the bookies a fortune even at the same time that it saw the lucky punter who had spent £2 on his selections walking away with a small fortune.

The sheer popularity of Cheltenham during Festival week means that it often sees punters walk away with a chunk of money – never more so than when it comes to the Placepot betting. That’s what happened in 2018 as well as 2019, though the 2018 win was slightly less impressive. The Placepot total reached a net figure of £900,410 on Gold Cup Day 2018, with just twenty-eight winning units able to claim a share of the prize.

The limited amount of winners was, much as in 2019, thanks to a day filled with shock winners. Patricia Ryall opted for a £3 Placepot bet on the following six horses:

The bettor, from Doncaster, was asked after the win was confirmed if it was the most she’d ever won, to which she replied, “Biggest win? It’s my only win!”. A Cheltenham Festival attendee for eighteen years, she opted to go just to Gold Cup Day in 2018 rather than for the full Festival as she had in the past. It was decision that quite literally paid dividends, with each of her shares amounting to £32,088.70 for a total payout of £96,266.10.

Ryall wasn’t the only on-course winner on the day, with a man called John Crean taking home £64,177.40 to Sutton Coldfield on behalf of his five-man syndicate. The fact that they were both able to claim such large amounts is testament to the possibilities that a Totepool bet presents punters with. 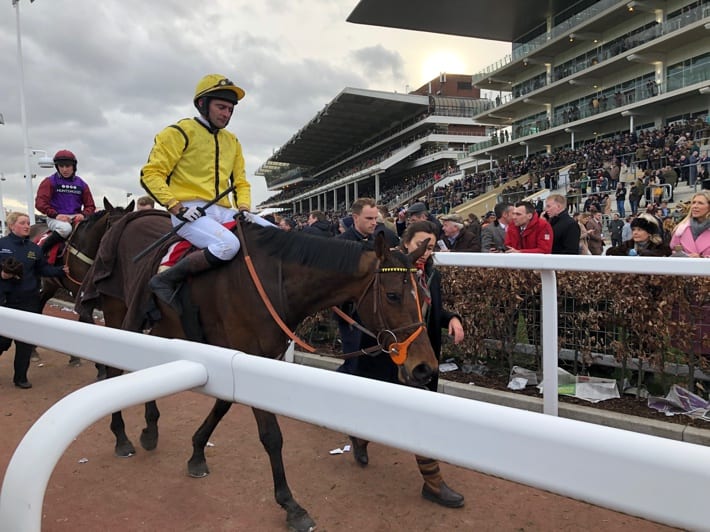 Completely the tour of big wins during racing at Cheltenham is this tale from the December meeting in 2015. If you’ve been paying attention, then you won’t be surprised to learn that it was a year in which few favourites did well on Gold Cup Day, seeing the Placepot hit a record figure of £91,774.50 per winning share. Operating across six races, not a single favourite finished in the places for all six, leaving most punters tearing their hair out and wondering what they could do to find a winner.

As it happened the results were that random that there was no one able to celebrate a winning bet for a £1 punt, meaning that the £157,148.16 pool was shared out between one and a quarter winning tickets. A punter in Cambridgeshire placed two lines at 5 pence per line, earning themselves £9,174.45. The day included the likes of A Hare Breath not even making the places behind horses with Starting Prices of 8/1, 9/1 and 14/1 in the Handicap Hurdle, whilst the final race of the six was won by a 33/1 punt and followed I the places by a 66/1 and 16/1 pair.

Technically, of course, this isn’t one of the biggest wins ever, as no one really won very much, but the fact that the dividend reached a record amount meant that it had to make the list.

Another Placepot that benefitted the punters because of a lack of favourites managing to win their races came about in 2015 at Southwell. That year was remarkable for the fact that not only did no favourites finish in the top spot but only two of the most fancied horses even managed to get a place during the six selected races. That led to a selection of winners looking like this:

Of those only Optimistic Bias and Orchard Road finished their races in the places as favourites, meaning that the individual dividend for the day reached £51,326.60, which was the third largest dividend amount at the time. That was because there were only 1.3 winning tickets that had access to the £91,403.54 sized pool.

The result came just a month or so after the big win at Cheltenham, meaning that punters felt that there was money to be made if they could just get their selections right. The biggest winning bet was placed by a man in a betting shop who picked up £15,397.98 for a bet of just 30 pence.

Paul Wrathall from Walney couldn’t believe it when his Placepot selections came home during Ladies’ Day at Aintree in Grand National week, seeing him win just shy of £50,000 for a £5 wager. He had attended the meeting with his wife and some friends courtesy of a trip organised by their local rugby union club and ‘couldn’t believe it’ when his Placepot saw him take home such a large amount.

The quality controller had picked his six horses after hearing about how a friend of his had won £200 on a Placepot bet at Cartmel once, thinking that he’d be happy with a similar amount. Indeed, he and his wife had got married at Cartmel Racecourse in 2012, so it somehow felt fitting that he picked up his big win after taking the advice of his friend who won there.

The twenty-nine-year-old picked six horses from the following horses that finished in the places on Ladies Day:

Previous Post: « What Happened to All the Super Casinos That Were Planned for the UK?
Next Post: The Rise & Fall of Online Poker »