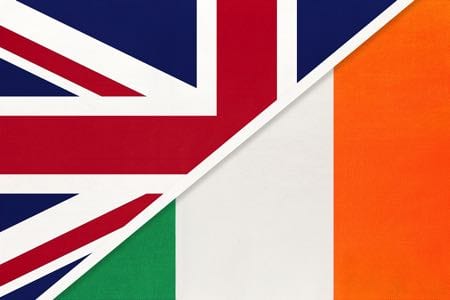 The Cheltenham Festival is one of the best-known and most-loved meetings in jump racing, with millions of people tuning in around the world to watch horses take on challenges, such as the Queen Mother Champion Chase, the Mares’ Hurdle and, of course, the Gold Cup. It is a meeting that is filled with sub-plots, including the battle over who will be named the Champion Trainer at the end of the week’s worth of racing.

Of all of the various individual battles that take place all over the course, few are as engrossing as the fight for the Prestbury Cup. The mini-competition is decided upon according to which nation has managed to notch up the most winners: the British or the Irish. Since Cottage Rake first won the Gold Cup in 1948, the Irish’s love of the Cheltenham Festival has been all-consuming, with the Prestbury Cup the icing on the cake.

What Is the Prestbury Cup?

Simply put, the Prestbury Cup is a competition to see whether Irish or British trained horses will win the most races during the Cheltenham Festival. The competition between runners trained in Britain and those that are brought over from the Emerald Isle is a stuff one, which is why the creation of an official competition to decide the winner was something that made so much sense to the meeting’s organisers.

There are 28 races that take place during Festival week, so as soon as either British or Irish runners have won 15 of them the Cup has been won. If both nations win 14 apiece then the cup remains with the nation that won it the year before. There is a piece of turf from Prestbury Park inside the physical cup, meaning that the winning jockeys and trainers literally take a piece of Cheltenham home with them when the win the Prestbury Cup.

As mentioned elsewhere, the Prestbury Cup was only officially created in 2014. Whilst English jockeys and trainers might point to their overwhelming success in the decades that preceded that date, 2014 is the moment that we can actually look back to as being the start of a genuine competition between the two nations. Here’s a look at the winners of the Prestbury Cup between then and the time of publication of this piece:

At the time of writing, then, the Irish are the dominant force in the Prestbury Cup. That can, of course, change relatively quickly, but even a British win in the 2021 renewal of the Cheltenham Festival would still only make the score 4.5 v 3.5.

Whilst most jockeys and trainers would take a Gold Cup win and a Prestbury Cup loss if they were offered it, that doesn’t alter the fact that competition over the trophy remains fierce.

The History of the Prestbury Cup

In some ways, the history of the Prestbury Cup is actually a relatively recent phenomenon. That’s because the awarding of a physical trophy to the nation that racks up the most wins during Festival week only came about in 2014. Whilst that is the case, the idea of there being a friendly competition between the two nations has been in place ever since Cottage Rake won three successive Gold Cups in 1948, 1949 and 1950.

That was a period of time when the Irish realised that the Cheltenham Festival was a meeting that they could really get behind, with their own horses capable of taking on the English in their own back yard. The Irish-trained horse was peerless for three years when it came to the Festival’s blue riband event, with English trainers feeling as though they needed to up their game in order to stop the main race being won by Irish horses.

The Irish Took Their Time Gaining a Stranglehold

There was a feeling amongst Irish horse racing fans that Cottage Rake simply loved the Cheltenham turf, which was backed up by the fact that the horse’s only other notable wins came in the King George VI Chase and the Irish Cesarewitch. Both of those are impressive races, of course, but neither of them come close to the Gold Cup in terms of their position in the world of jump racing.

Cottage Rake’s success at Prestbury Park may well have caused the Irish to fall in love with the Festival in general, but it would be decades before they’d be able to gain any sort of stranglehold over it. There were Irish-trained and Irish-bred winners over the years, of course, but not really in any way that might be described as overwhelming until the turn of the millennium, with winners before that reaching just a handful.

In 1988, for example, just over 5% of the winning horses at that year’s meeting were Irish. Two years later and that number had improved, but it was only just over the 10% mark. In the intervening year, meanwhile, there were no Irish winners whatsoever. You can see similar numbers throughout the 1980s and 1990s, with the Irish simply struggling to put up any sort of sustained assault on the Festival during that time.

The Irish Gain a Foothold

Whilst the 1980s and 1990s might have been a fallow time for Irish winners during the week of the Cheltenham Festival, the turn of the millennium began to witness a changing of the wind. There still weren’t a wealth of Irish winners during the Noughties, though they did become more common, yet once the 2010s came about it was actually standard to see the Irish rack up more winners than the British.

2010 was the last time that the Champion Hurdle took place without a runner that came from the stables of Willie Mullins, indicating just how much the Irish have infiltrated the Festival meeting. You would have a net win if you’d backed every single Irish runner during Festival week in 2011, 2013, 2014, 2017 and 2018, with 129 winners coming from the Emerald Isle between 2010 and 2019. The most winners came in 2017, when 19 of them were Irish.

When discussing the Irish success during the Cheltenham Festival it’s impossible not to mention the trainers that make the trip over from Ireland each year. Of the 129 winners that were Irish trained between 2010 and 2019, 75 of them were trained by either Willie Mullins or Gordon Elliott. It’s Mullins that is the standout trainer, being responsible for 50 of those winners and far exceeding any of the other Irish trainers.

Whilst he might have exceeded all of them, Mullins is also merely the tip of an Irish spear that also includes the likes of Henry de Bromhead, Jessica Harrington and Tony Martin. He is so successful that there are only a few races at the meeting that Mullins hasn’t trained the winner of, finally adding a Gold Cup to his list of successes in 2019. Forty-two of his 50 wins have come in non-handicap Graded events.

Are the British Being Handicapped?

Irish trainers are prone to complain that they get a raw deal from British handicappers, but the stats don’t really back up that theory. Between 2010 and 2019, Irish horses won 39 handicap events, with 24 of them being handicap hurdles and the other 15 handicap chases. Despite the complaints of Irish trainers, the wins increase towards the latter half of the decade, going up from 27% of wins between 2010 and 2015 to 52% between 2016 and 2019.

Whether they like it or not, the numbers show that the Irish dominance in handicap events is on the increase. Of the 39 wins between 2010 and 2019, 21 of them came between 2016 and 2019. That includes a record of seven wins from ten races at the 2017 Festival. The Irish might be prone to complain about how they’re treated by the English handicappers, but it appears as though they’re actually getting a very good deal.

The Importance of Leopardstown

Of all of the meetings that take place ahead of the Cheltenham Festival, it’s possible to argue that the ones are Leopardstown are the most important. Of the 78 Irish-trained winners at the Festival between 2015 and 2019, 29 of them had their previous race at the Irish track ahead of the move to Prestbury Park. As with Cheltenham, Leopardstown is a left-handed, galloping track that bears similarities to the home of the Festival.

Of those 29 winners, 21 of them finished either first or second at Leopardstown in their final race before heading to Cheltenham. Whilst the Leopardstown meetings are open to horses that are trained in Britain, it is still the case that they give Irish horses a chance to get in form before the meeting at Prestbury Park gets underway. 46% of Irish winners at Cheltenham won the previous race before coming over, which is something worth bearing in mind.

Where the Prestbury Cup Gets Its Name

Cheltenham’s first horse racing meeting took place on Nottingham Hill, where hundreds of people stood and cheered as a horse named Confederacy crossed the finish line first and won the Gloucestershire Stakes. That was in 1815, with a more formal set of races taking place at Cleeve Hill three years later. A year after that and a flat race named the Cheltenham Gold Cup took place over three miles.

The history of Cheltenham Racecourse is a long and fascinating one, but the key thing as far as we’re concerned here is that it was decided that it couldn’t remain at Cleeve Hill. Instead, it made the move to Prestbury Park in 1831, which became the Racecourse’s permanent home. Whilst you might reasonably infer that that’s where the Prestbury Cup gets its name from, you’d actually be incorrect. Sort of.

The closest village to Cheltenham Racecourse geographically is a small one named Prestbury. Technically, it is this village that the Prestbury Cup is named in honour of, but then it’s also fair to say that the park is named after the village too. It is not an outrageous thing to suggest that the competition between the British and Irish trained horses is named as much after Prestbury Park as it is after the village of Prestbury, therefore.

That being said, Cheltenham Racecourse itself is often referred to as Prestbury Park, so it’s no surprise that the village is an influential factor when it comes to the naming and labelling of things that take place there. The decision of Reverend Francis Close to protest the running of the races at Cleeve Hill in 1828 might have been seen as a major inconvenience back then, but it would have lasting effects on the course and everything that would follow, including the naming of the Prestbury Cup.

Previous Post: « The Rise of the Triple Zero Roulette in Las Vegas
Next Post: Full Tilt Poker Is Closing Down For Good »