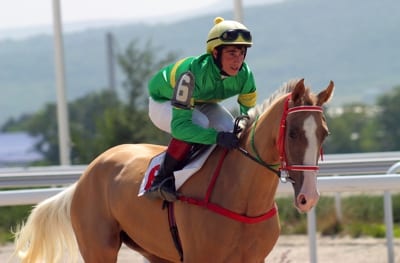 Horse racing is an industry that people generally accept is awash with money, but when we think about that money, it’s the bookmakers that we consider to be the highest earners. Those with more than just a passing interest in the sport will know that the biggest races in the business have prize money that can reach into the hundreds of thousands, but that is mostly sent to the owner of the horse with a dividend for the trainer. The one person in amongst all this that we don’t think about in the same way is the jockey.

There is an exceptional amount of skill involved in being a jockey, which is why the sport’s most famous names like Ruby Walsh, Davy Russell, Frankie Dettori and so are well sought after. There’s also the fact that they essentially take their lives into their own hands every time they take to the field, knowing that at any moment they could be thrown from their steed and trampled on by those bringing up the rear. Yet for all that skill and risk, we don’t often hear talk about how well rewarded they are for their work. Do they tend to get a set wage, supplemented by prize money, or are they more like sales staff, only rewarded for their success?

The first thing to note about the amount of money paid to jockeys is that it varies wildly depending on the level that you’re looking it. It goes without saying that the jockeys mentioned in the introduction, the likes of Frankie Dettori and Ruby Walsh, are at the top of their game and can therefore command decent fees for their work.

Take a look further down the scale of jockeys working in the industry, however, and you’ll see that the amount of money entering their bank accounts at the end of the day is significantly less than those winning Grade 1 and Classics seemingly every other week. To give you an example, it’s worth looking at the amount of money earned by flat racing jockeys compared to golfers in 2016.

Just three jockeys made more than the £215,000 earned by the 200th highest earning PGA Tour participant that year. Given the sheer number of jockeys who participant in the sport every season, it’s entirely fair to say that that’s not much money at all. The top jockeys can, thanks to the likes of foreign prize money and retainers paid by owners for exclusivity, earn seven-figure salaries. Those that aren’t eye-catching names, however, are unlikely to get anywhere near that sort of amount.

Ahead of the 2018 season, the Racehorse Owners Association and the Professional Jockeys Association made an agreement to increase the basic fee paid to a rider by 3.1%. That saw the base level payment made to jockeys for taking part in a race increase to £124.40 from £120.66 in flat racing and from £164.74 to £169.85 in the jump racing discipline. 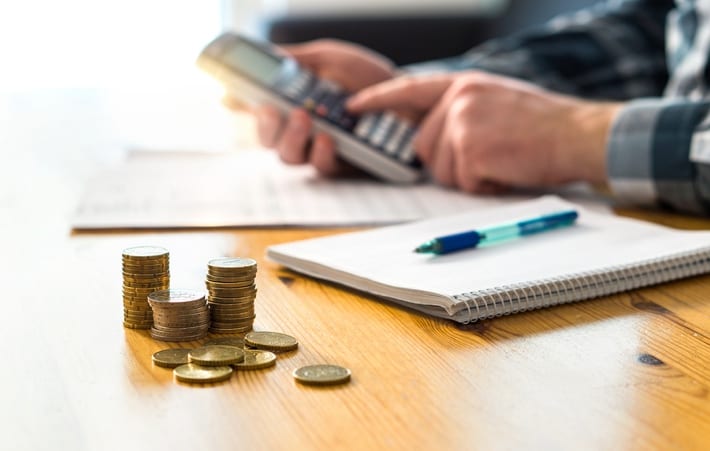 With most jockeys able to ride up to ten races a day, the basic fee means that they can earn around £1,000 for a day’s work. Obviously, they can’t work every day of the year, especially considering that most jockeys choose to either be a flat racing or jump racing expert, meaning that the seasons come into play and they will earn most of their money during a short period of time during the year.

Even so, £1,000 a day wouldn’t seem like a bad wage for most people. Yet what that base figure alone doesn’t make clear is the amount of payments that jockeys have to make out of their wage that sees it dwindle rather rapidly. Here’s a quick look at the sort of things that a jockey has to pay for from his basic wage:

That gives you some indication of the sort of outgoings that jockeys have to put up with each and every time they do a day’s work. If you were to generously suggest that they actually saw three-quarters of all of their riders’ fee enter their bank, it would mean that a flat racing jockey taking part in around three hundred rides every year would make just over £27,000, whilst a jump jockey entering an average of 215 races would make around £26,500.

One of the most obvious additional payments that a jockey receives is a percentage of any prize money available for races. The problem is that we might think of the prize money in major races, such as the Gold Cup and Grand National as being large (£351,688 in 2019 and £561,300 in 2017 respectively), but the lesser-known races don’t boast anywhere near that sort of winnings for the victorious team.

The other problem when it comes to prize money earnings is that jockeys receive significantly less than any of the other major players involved in the process. Indeed, jockeys normally receive about 8% on average of the winnings compared to closer to 50% that goes to the horse’s owner. Obviously, the more successful a jockey is, the more they can negotiate their fee with the owners, with some races commanding higher fees than others and wins normally earning jockeys more than a placed finish.

One thing to note is that jump jockeys earn a higher percentage of the prize fee than flat racing jockeys, usually being paid around 8.5% compared to 6.9%. That’s if they win the race, with the amount coming down if they only place. The difference is made up by the fact that the prize money for flat racing is usually higher than jump racing, meaning that flat racing jockeys get a smaller slice of a larger pie.

As with the vast majority of sports, there is the ability for jockeys to supplement their income thanks to sponsorship deals. The problem that the lesser-known jockeys have to deal with is that the majority of companies are only interested in sponsoring the jockeys that will get their name into the newspapers or on TV thanks to wins that result in them being photographed or filmed. The logistics group Stobart sponsored the Jockeys Championship in 2018-2019 and are keen sponsors of jockeys in general, for example.

The best jockeys can then take on sponsorship of their own, with the companies as diverse as bookmakers and horse feed manufacturers willing to sponsor a jockey if they feel like will give them free advertising and result in them making more money than the money they spend on the advertising. A big part of the reason for the lack of consistency in the amount earned by jockeys comes down to the fact that they are mostly self-employed, thereby lacking the reliability of a regular wage. The exception to this rule comes in the form of the top jockeys who are able to gain contracts with owners or trainers who will take their race fees in exchange for a regular payment. 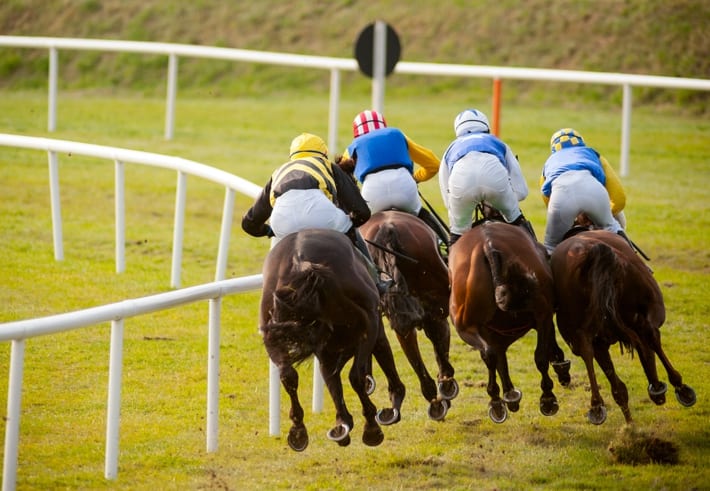 As you might imagine, it’s tricky to find exact details of how much jockeys earn during a year, because they’re understandably reluctant to publish information of their earnings including any sponsorship fees and so on. We can, however, have a look at one jockey who was early on in his career when he hit the headlines and another who was established when a newspaper did a piece on him.

In April of 2013, Auroras Encore stunned everybody at Aintree Racecourse and the millions watching on TV at home when he won the Grand National at odds of 66/1. As if the win itself wasn’t surprising enough, another reason for the surprise came in the nature of the 23-year-old jockey on the horse’s back. Ryan Mania won just twenty-four of his near three hundred races in the 2012-2013 season, which was actually down percentage-wise from the twenty-one wins in the nearly one hundred an seventy races he’d taken part in the year before.

Mania won £50,602.50 thanks to his victory on Auroras Encore, but his previous win came the week before and was worth £183. With Mania boasting a win percentage of around 9% at the time of his Grand National victory and most races having a prize pool of less than £3,000, of which jockeys will be lucky to get £240, it’s fair to say that his Grand National win saw him take home more than all of his other races combined.

After becoming the first Scot for more than one hundred years to win the Grand National in 2013, Mania retired from racing three years later. He cited problems maintaining his racing weight and that he didn’t enjoy racing any more, but the fact that he suffered back and neck injuries the week after winning the National doubtless also played a part, combined with the financial difficulties that come with being a jockey.

At the other end of the scale is the 2016 champion flat racing jockey, Jim Crowley. In 2014, he won a race on Champions Day at Ascot that saw him take home £35,000 in prize money, which was the equivalent of £389 per second of the ninety second race.

In 2016, the year he was crowned as the champion jockey, Crowley took part in more than 1,000 races and won one 187 of them. He won around £1.9 million in prize money, so in terms of percentages, he’ll have earned around 7% of the races he participated in. That’s approximately £133,000 in prize money on top of the roughly £120,000 he’d have made in race fees. A far cry from the £120 per week he earned as a stablehand when he was sixteen.

One final thing worth mentioning when it comes to a jockey’s financial situation is that there is a pension scheme put in place by the Professional Jockeys Association that receive around 0.6% of the overall prize fund in racing. Whenever a jockey rides in a race they earn a contribution from that, meaning that they can be paid a pension when they retire.

Previous Post: « Where are the MIT Blackjack Team Now?
Next Post: Could Horse Racing Take Place on Britain’s Streets? »