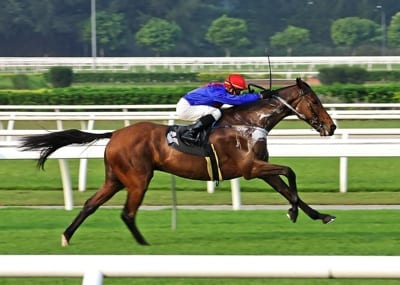 Elsewhere on the site there’s an overview piece looking at the various horse racing families, so here we’re going to look a closer look at one of them: the Mullins family. Willie Mullins is one of the most successful trainers in the business, but he comes from a horse racing family and isn’t the only person with the surname that is worthy of our attention. Here’s a look at the family tree:

Paddy Mullins had five children who were all involved in racing in some form or another: Willie Mullins, Sandra McCarthy (nee Mullins), George Mullins, Tony Mullins and Tom Mullins.

Willie’s son, Patrick, also became a jockey, as did George’s son, Emmet. Tony Mullins married Mags, who was a champion jockey in her own right. They had a son called Danny who himself became a jockey.

A Look at Their Horse Racing Lives

Now that we’ve looked at how the Mullins family works, it’s time to take a closer look at the achievements of the various members of it.

There’s nowhere else to start but with Willie Mullins, one of the most successful trainers that the world of horse racing has ever seen. Born as William Peter Mullins on the 15th of September in 1956, he grew up in Goresbridge, County Kilkenny. He began life not in the stables but in the saddle, becoming the Amateur Champion Jockey in Ireland six times. His wins as a jockey include the 1983 Fox Hunters’ Chase at Aintree with Atha Cliath and the Champion Bumper at Cheltenham on Whither Or Which in 1996.

Of course it’s as a trainer that Mullins is best known, which is a fact perhaps best reflected in the fact that his win on the back of Whither Or Which was the first of four wins out of five in that race for horses that he’d trained. His career as a trainer began much earlier, though. He worked as an assistant to Jim Bolger and the Australian, Neville Begg, before becoming an assistant to his dad, Paddy Mullins.

Willie eventually decided to get his own trainer licence in 1988, though he didn’t hang up his saddle quite yet. He honed his skills in the years that followed as he multitasked as both a trainer and jockey. As the 1990s came to a close he felt as though he’d genuinely cracked it, which was reflected in the success of Florida Pearl. The horse won the Hennessy Gold Cup at Leopardstown four times between 1999 and 2004, becoming Mullins’ first truly successful offering.

By the time of Florida Pearl’s fourth win Mullins was already making a name for himself in a remarkably competitive industry, yet even better was the follow the year after. Hedgehunter surprised no one when he won the Grand National, becoming one of the few favourites to actually win the race when he did so by fourteen lengths with Ruby Walsh on his back. But for a fall at the last the year before and a six length defeat to Numbersixvalverde the year after, he would have given Mullins a Grand National hat-trick.

Part of the reason that Mullins is so well respected in the world of horse racing is his relationship with the Cheltenham Festival. There’s barely a race at the meeting that Wille Mullins hasn’t trained the winner in, including being the leading trainer in the Champion Bumper, the Golden Miller Novices’ Chase, the Dawn Run Mares’ Novices’ Hurdle and the Supreme Novices’ Hurdle.

Perhaps no race is most closely associated with Mullins as much as the David Nicholson Mares’ Hurdle, however. Donald McCain, Jr. won the first race with Whiteoak, but then Willie Mullins won the eight that followed, seeing his dominance only broken briefly by Gordon Elliot before he won it for the ninth time in 2018. A huge part of the success he enjoyed in the race came courtesy of the remarkable Quevega, who set a record for wins in the same race at the Festival when she won it for the sixth time in 2014.

For a long time it looked as if the only race at the Cheltenham Festival that Willie Mullins didn’t know how to win was the most important of the lot: the Gold Cup. He’d come so close so many times during his career, including seeing Hedgehunter miss out by just two and a half lengths to War Of Attrition in 2006. He missed out again in 2013 when the much-fancied Sir Des Champs, ridden by Tony McCoy, finished seven lengths behind Bobs Worth.

When On His Own missed out to Lord Windermere by a short head the year after, Mullins must have felt as though he was never going to see one of his horses win the biggest prize in jump racing. He kept going, though, and saw another of his horses, Djakadam, finish second again in 2015. A hat-trick of second-place Gold Cup finishes might be enough to make many trainers feel as though they’re cursed, but Mullins had the faith to believe that he’d win it if he just kept on going.

Not even seeing his horses finish second and third behind Gordon Elliot’s Don Cossack in 2016 was enough to make him throw in the towel, eventually seeing his faith and persistence rewarded with the Gold Cup victory of Al Boum Photo in 2019. It demonstrates, perhaps better than anything, the desire of Mullins to prove he can do whatever he sets his mind at, even if it takes him longer than expected sometimes!

For many years Willie Mullins was the trainer of choice for the Gigginstown House Stud, which is owned by Ryanair owner Michael O’Leary. They enjoyed a successful time together, winning the Owner’s Championship in Ireland for the fourth time at the end of the 2015-2016 season, but when Mullins put his training rates up for the first time in ten years in 2016 Michael O’Leary and his brother Eddie chose not to pay the fees. The split rocked horse racing at the time, such was the success enjoyed by the partnership.

The patriarch of the family is, in many ways, the man who started it all – Paddy Mullins. His career as a trainer started at the Punchestown Festival, which is appropriate for the Irishman given that it’s considered by many to be crown jewell of Irish racing. He won a race there with Flash Parade in 1953, kick-starting a career filled with winners.

In the years that followed, Paddy Mullins racked up four winners of the Irish Grand National, as well as six winners during the Cheltenham Festival, perhaps giving his son Willie a taste for the same meeting. By the time he retired he had been named the Irish Champion Jumps Trainer ten times.

Though he was known for his work with jump horses, Paddy also trained flat racers and won two big races in that discipline. In 1973, he won the Group 1 Champion Stakes at Newmarket with Hurry Harriet. Thirty years later and another filly of his won the Group 1 Irish Oaks at the Curragh courtesy of Vintage Tipple. It was the former horse that he was most impressed with, though, spending the rest of his life telling people that Hurry Harriet was the best horse he ever trained.

There’s an argument that Paddy had a way with female horses that not many trainers since have been able to repeat. As well as the wins he pulled off on the flat with Hurry Harriet and Vintage Tipple, he also made a name for himself courtesy of Dawn Run. Go to Cheltenham Racecourse and you’ll see a statue of the mare standing over the paddock there, such is the esteem in which she’s held by the great and good of jump racing.

Dawn Run won the Champion Hurdle in 1984 and then went one step further when she won the Gold Cup during the Festival in 1986. At the time of writing, no other horse has both of those races on their CV. The year she won the Champion Hurdle she followed up with a win in the Aintree Hurdle and victories in both the French and Irish equivalent races.

Paddy retired from training in 2005, handing the keys to his stables to Tom Mullins. That didn’t stop him from remaining in the world of horse racing thanks to his love of breeding horses, though. Even when he died, he had a couple of broodmares that he was breeding with – a horse love to the end.

Unfairly known more as Willie’s brother than anything else, Tony was a professional rider and was regularly in the saddle of Dawn Run prior to Jonjo O’Neill taking over the honour. Not that Tony could complain, of course, given that it was O’Neill who was riding her for both of her Champion Hurdle and Gold Cup wins.

Tony was a successful rider, winning a race at the Listowel Harvest Festival thanks to Doran’s Town Lad, as well as picking up a Cheltenham Festival win with Pedrobob. He was also the man on the back of horses like Kharasar, Fontaine Lodge, Padre Mio and Barrow Drive. Even so, he declared the win that his son, Danny, achieved in the Galway Mile in 2009 as the ‘best moment’ of his life, so it’s clear that he was always happy to let others take the limelight.

The eldest of the Mullins children, Sandra was a well-respected flat racing jockey. She won the Rose of Tralee Ladies’ Race in 1982 and was unlucky to only finish third in the Ceville Lodge Stakes at Gowran Park.

Nowadays, Sandra is mostly known for owning horse with her husband. The most notable names on her roster are Eye Candy, Jimmy Hoffa and Reve Du Roi. She may no longer boast the Mullins name, but McCarthy still knows how to deal with horses just like the rest of her family.

When both of your parents are Champion jockeys, you have to go some way to living up to their expectations. Tony and Mags Mullins both earned their stripes, even if Tony thinks that Danny’s achievements are more pride-inducing than his own.

Danny began his career as a pony racer and won 126 races in that discipline before making the switch to horses. He did so as an apprentice to Jim Bolger, winning four of his first six races. He won the Kerry National in 2012 and then the Ulster National in 2013 before going on to win a new novice hurdles on horses trained by his mum.

The Rest of the Family

It’s not spoken about all that much, but Paddy’s wife, Maureen, was also a jockey in her early years. She was a successful point-to-point rider under her maiden name of Miss Maureen Doran. Indeed, when Sandra finished second in the Ceville Lodge Stakes it was her mother that finished in front of her.

George Mullins was pretty much the only member of the family who decided not to become a jockey. Yet the fact that he avoided getting involved on the track doesn’t mean that doesn’t merit a mention here. George set up a horse transportation business that most of the top trainers used.

George’s son, Emmet, didn’t follow in his father’s footsteps and instead became a professional jockey in 2006. In his first full series as a jockey, he missed out on the Rockview Series because his cousin, Patrick, beat him to the punch. He’s still enjoyed some big wins in his life though, including on the back of Faugheen, the Irish Horse of the Year in 2015.

When you’re Willie Mullins’ son there’s not much choice but for you to be involved in the world of horse racing, is there? Patrick Mullins rode his first winner when he was just sixteen-year-old, then in 2008 he won the Champion Bumper races during both the Cheltenham Festival and the Punchestown Festival on Cousin Vinny. He has been an exceptional amateur, beating Billy Parkinson’s 1915 record of most wins for an amateur in a single season.