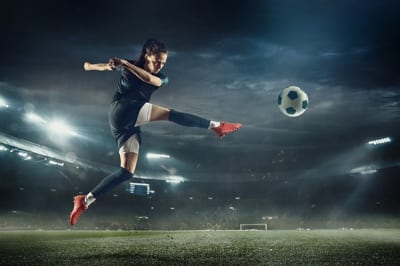 Football is the most popular sport in the world. Look at virtually any country’s history with the sport and you will notice that it is considered to be the sport that people want to watch more than any other. The only major exception to this rule is in the United States of America, where more traditional sports of the country like baseball and American football take precedence. Whilst it might be the world’s most popular sport, that doesn’t mean that much has been done to ensure equality of pay over the years since its invention.

For a long time it was seen as a men’s game and any attempts to establish it for women were quickly squashed. Eventually, of course, it couldn’t be stopped any longer but there wasn’t the demand for women to play the game in the same way that there had been for men. This allowed those in charge of the sport to ensure that a pay disparity was in place from the get-go, resulting in women being paid significantly less than their male counterparts for playing the same sport. As 2020 is now on the horizon and the men’s European Championship is due to take place with the women’s the year after, have things changed much?

The History of Women’s Football in the UK 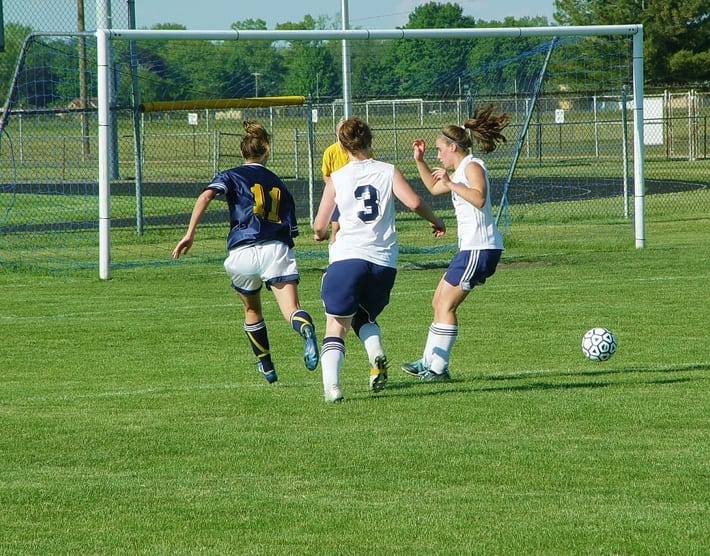 It’s easy to think of women’s football as something of a modern phenomenon, but in actual fact, it’s been around for just as long as the men’s game. In the 1890s, there were a large number of women’s football teams and they would often get gates that were just as large as men’s matches. Sometimes crowds would grow to be as large as fifty thousand and by the 1920s around 150 women’s teams were in existence in England.

Preston became something of a stronghold for the women’s game during its more formative years, with Dick Kerr’s Ladies formed in 1894 and raising a lot of money for charities. On Boxing Day, in 1920 they played St Helen’s Ladies at Goodison Park, Liverpool, where more than fifty-three thousand people got in to watch the game and thousands more were left disappointed outside the ground.

Given the evident popularity of the sport, you might well wonder what exactly happened to mean that the men’s game took off but the women’s game didn’t. The answer lies in the Football Association who, in their wisdom, decided that football was ‘quite unsuitable for females‘ and banned women’s football from the grounds of clubs under its jurisdiction. The result, of course, was a complete halt being put on the development of the women’s game as the men’s version continued to flourish.

The Women’s FA Is Formed

Even with all of this in place, the FA was still slow to capitalise on the interest in the women’s game. It took the organisation until 1983 to ask the WFA to become an affiliate and another ten years before the Women’s Football Committee was formed to take control of the women’s game. By 2002 football had become the top sport for women and girls in terms of participation.

As of September in 2014, more than two and a half million women and girls were registered as football players in England. In excess of fifty-five thousand tickets were sold for the women’s international match between England and Germany in November of that year, suggesting that the appetite for women’s football. The figure led to a promise of £30 million investment from Sport England towards the grassroots of the game, which was aimed at getting women onto the football pitch and also keeping them there.

In 2011, the FA Women’s Super League was created as the top division in the sport. It boasts twelve teams and operates a system of relegation and promotion with the FA Women’s Championship. Here’s how the pyramid works at the time of writing:

There are then a further six levels of women’s football, indicating just how popular the game has become.

What About the Pay?

We know, then, that the women’s game was historically as popular as the men’s game and might well have been level with it in terms of popularity nowadays if the Football Association hadn’t done its utmost to kill the version of the sport back in 1921. Yet what of the level of pay available to both sexes that play the game in a professional capacity?

Yet the celebrations over the pay increase for the victors was cut short when everyone realised that the French men’s team was awarded $38 million the year before for winning the men’s World Cup. Given the crowds for the women’s tournament weren’t ten times smaller than the audiences for the men’s, why was the pay gap so large?

It’s not just the winners that are underpaid in comparison to their equivalent in the men’s game, either. $30 million was set aside by FIFA for the women’s game, whilst $400 million had been awarded as prize money in the men’s World Cup in 2018. Unsurprisingly, the amount of money awarded to domestic club sides to release their players and national teams for the preparation period is also less in the women’s game.

In 2018, men’s domestic teams were on the receiving end of a share of around $209 million to allow their players to take part in the tournament and $48 million was paid to the national teams for preparation costs. For the women’s game a year later those figures were $8.4 million and $11.5 million, respectively.

FIFA simply said that the pay disparity was down to the fact that the men’s game makes more money than the women’s, with the organisation’s President, Gianni Infantino, saying, “Maybe one day women’s football will generate more than men’s football“.

In 2017, Forbes produced a comparison of the pay between the men’s game and the women’s and it offered this startling fact:

That year Brazilian forward, Neymar, was paid more money (£32.9 million) by his club Paris Saint Germain than every single player in the following leagues put together:

It’s fair to say, then, that equality of pay is something that the women’s game is still trying harder to make a reality. The money earned by Neymar is only what his club paid him for a season, too. Money earned from commercial deals will also have been large enough to dwarf the wages paid out by one of those leagues to its female players alone.

In 2017, a survey was carried out into different industries and it found that the gender pay gap was worse in football than it was in business, medicine, politics and even space exploration. It’s little wonder, therefore, that the crowd at the final of the Women’s World Cup in France chanted ‘Equal pay! Equal pay! Equal pay!’ In the wake of the match.

It’s perhaps most obvious when it comes to looking at England’s two top-flight tournaments. The male players that take part in the Premier League earn an average of £2.7 million every year. That makes a mockery of the £35,000 a year that the very best women’s players earn. It goes without saying therefore, that there’s still an awfully long way to go before the two genders can consider themselves to be equals.

That is highlighted by the fact that Manchester City, a club largely credited with having changed the landscape for women’s football when they launched their own team, admitted that the women’s team earn eighty-eight percent less every hour than the men’s players are paid. They aren’t alone, of course, with Liverpool, Everton and Arsenal also paying roughly the same amount less.

One reason for hope when it comes to the women’s game is what has happened in Norway. In 2016, the country announced that it would pay its male players the same as the female ones. It was the first nation in the world to make such a promise and they carried it out by raising the salary of the country’s women’s team by two and a half million kroner, which is around £216,000, in 2018.

They were able to offer the increase in money to the women thanks to a contribution of five hundred and fifty thousand kroner by the men’s team from the money earned by their commercial activities. It was a seismic move from the Norwegian FA, especially considering that their Scandinavian counterparts in Denmark were going through a dispute with the players in the women’s national team at the same time.

It’s certainly not a given that teams can match the pay between the genders, but the Norwegian move to offer parity suggests that it is possible if there’s a willingness to do it. Given that the popularity of the women’s game is increasing every year, it’s not difficult to imagine a world in which more and more teams follow the Norwegian example. It’s also not hard to envisage Manchester City leading the way, given that the club is back by the wealth of a nation.

Previous Post: « Youngest Trainers in Horse Racing
Next Post: Everything You Ever Needed to Know About Spot the Ball Competitions »