Because of the power and speed of horses, it is common for people to question whether certain other animals could beat them in a race. In 2004, for example, a greyhound named Simply Fabulous went up against a horse called Tiny Tim in a race at Kempton Park to see which was faster. Though the greyhound won that race, crossing the finish line seven lengths clear of Tiny Tim in 23.29 seconds, that at least involved the greyhound’s speed allowing it to get to the end of the race before the horse.

Surely when it comes to a discussion of man versus horse, there’s only going to be one winner? That might well be the mindset of most sensible people, but in 1980 a local landlord overheard two men discussing the question and decided that the only fair thing to do would be to find out. So it was that the annual man versus horse marathon was created, pitting runners up against riders on horseback. Though it’s a shorter race than an official road marathon, it is still a fair distance of 22 miles and the results might surprise you.

The World’s Most Eccentric Race 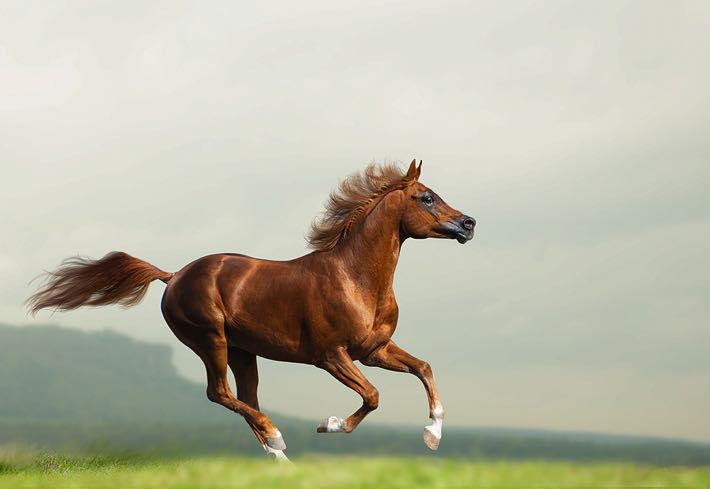 When Gordon Green went to work in is pub, the Neuadd Arms, one day in 1980, he probably didn’t imagine that he’d overhear a conversation between two men that would lead to the running of what has been referred to as the ‘world’s most eccentric race’. Yet that is exactly what happened when one man suggested to another that, over a significant cross country distance, man was the equal of a horse. The obvious thing to do in such a situation would be to laugh and speculate, but Green decided to take things further.

As a result, a race was organised that pitted man versus horse. As it happened, the man was well-beaten. Glyn Jones rode his horse Solomon and finished the race in one hour and 27 minutes, which was well ahead of the nearest human competitor. Dic Evans came home in two hours and 10 minutes, also becoming the fastest human the following year when he was 14 minutes slower. The horse and rider were also slower, finishing in two hours and two minutes and giving runners a glimmer of hope.

Changes Made to Keep Things Interesting

Though the race is slightly shorter than a traditional road-based marathon, coming in at 22 miles, the thing that makes it tougher is the fact that it run over more difficult terrain. In 1982, having had two years’ worth of data to work with, the race organisers decided to adjust the route slightly in order to make things more even. In 1985, another change was made to make things more interesting, allowing cyclists to enter the race for the first time; a decision that was nearly rewarded when US ladies’ champion, Jacquie Phelan, nearly won.

It took until 1989 for a cyclist to beat a horse, which occurred when British rider, Tim Gould, finished three minutes ahead of the next closest horse. Though this was the first time that a human had defeated a horse, it didn’t count in the official records. The race was initially created to find out if a man could win a horse with both running, so the use of the bike was considered to be little more than an interesting experiment. In 1989, the nearest runner, Mark Croasdale, finished 16 minutes behind Ray Jenkins and the Doid, the winning horse and rider.

A Human Wins for the First Time 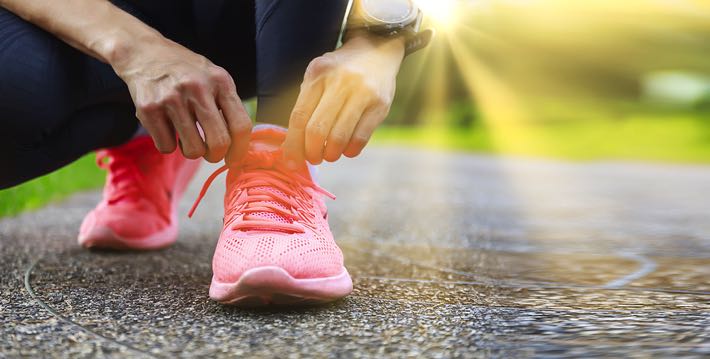 It took 24 years for a human to win the race on foot for the first time. Crowds of people waited at Llanwrtyd Wells, the finishing point for the race, to see Huw Lobb cross the line with a time of two hours, five minutes and 19 seconds. Even then there was a tense wait to find out if he’d actually done it, with the need to discover whether anyone else had completed the race with a faster time. Once the results were known, there was a countdown to the announcement, with Lobb being told that he’d become the first human to win.

Having been with the pack for the first ten miles of the race, Lobb managed to break away and get ahead of everyone else from that point onwards. A keen marathon runner, Lobb was able to collect the prize money for winning. Having started out with a fund of £1,000, the winning amount grew by that amount every year that there wasn’t a human winner. As a result, Lobb walked away with £25,000 for winning the 22-mile race. On top of that, William Hill, the bookmaker that offered odds on the event, had to pay out for winning tickets.

William Hill had offered odds of 16/1 for a human to win the race before it got underway. With about 300 competitors taking part, it did seem likely that numbers might work in man’s favour. The first horse to cross the finish line was Kay Bee Jay, ridden by Zoe White, completing the course in two hours, seven minutes and 36 seconds. The course took competitors over farm tracks, moorland, tarmac and footpaths, with Lobb being the person that managed to do it quicker than anyone else.

There were many who believed that it was impossible to run a mile in under four minutes. It had never been done before, so when Roger Bannister achieved it in Oxford in 1954, other runners realised that the only barrier was a mental one. Within months, two runners ran a mile in under four minutes, with countless others having done so since. A slightly similar thing happened to those that wanted to defeat a horse in a foot race, with the following two years being won by a horse before another human managed to get in on the act.

The wonderfully named Florian Holzinger finished the race in two hours, 20 minutes and 30 seconds, defeating Geoffrey Allen on Lucy by nearly 11 minutes in hot weather. Another runner, John Parkinson, was just a minute behind Holzinger. After that, the horse redoubled their efforts, reclaiming the trophy and not letting go of it since. Indeed, Geoffrey Allen appeared to take it as a personal affront, winning four of the next eight marathons on different horses. Indeed, at the time of writing, no human has been able to defeat the horse competitors since Holzinger’s victory in 2007.

There might have been another human winner in 2009, had race organisers not decided to make controversial changes to the rules. They decided to deduct time spent in ‘vet checks’, as well as the 15 minutes for the delayed start of the horse competitors. This meant that a horse triumphed by eight minutes, whereas it should have been defeated by two minutes. Organisers claimed that vet checks had always been deducted from the horse’s time, but this isn’t accurate according to the records of previous years.

The fastest runner, Martin Cox, should have been given a trophy to signify his victory but he refused to collect it. Other runners also protested against the result, so organisers decided to revert to the previous rule of only deducting the 15 minute wait time from 2010 onwards. This is because, for safety reasons, the horses start the race 15 minutes after the human runners and so the time needs to be deducted in order to ensure parity. Though Haggai Chepkwony finished the 2010 race faster than Lobb had managed in 2004, he still missed out by ten minutes.

Other Man Versus Horse Races 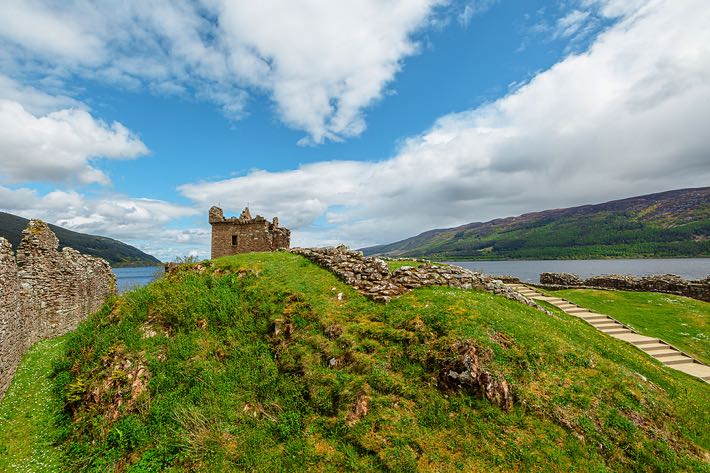 As you might imagine, the decision to pit men against horses in Wales soon led to other places putting on a similar battle. In Scotland, for example, a race takes place in Loch Ness. In 2015, the race was won by Candy Cameron and her horse Rume Lito de la Boulen, but the nearest human competitor missed out by just one second. The race is shorter than the Welsh version, taking place over 16 and a half miles and being run from the Whitebridge Hotel before finishing at Loch Ness Riding at Drummond Farm.

The Scottish race began in 2011, with the 2014 iteration seeing a human win it for the first time thanks to Alex Keith, a resident of Inverness, getting over the line in one hour and 53 minutes. Meanwhile, other versions of the race have been known to take place in Central North Island in New Zealand, as well as in the Prescott area of Arizona, in the United States of America. The Welsh race remains the original, however, and is also the most popular of the lot. Since Lobb’s win in 2004, the prize money has increased by £500 per year.

What the Race Has Taught Us

There is one factor in place for the two human wins achieved so far that might tell us something: both happened on hot days. A study by Lewis G Halsey and Caleb M Bryce in the Experimental Psychology journal suggests that that might be important. In a piece entitled ‘Are humans evolved specialists for running in the heat? Man vs. horse races provide empirical insights’, the pair make the argument that the ambient temperature on the day of the race has more of an effect on the running speed of horses than on man.

They looked at data from three endurance races that put humans up against horses in order to reach their conclusions, testing an idea that has been around since the 1980s. The notion presented by some is that running has ‘substantially shaped human evolution’, with the idea being that humans are able to continue running at a moderate pace even in the hottest of conditions. In the race to scavenge, prey such as kudu could be run into exhaustion by humans, who didn’t tire on account of the hot weather like other animals.

Whilst this might seem like a huge leap to make from a race that obviously started out as something of a joke, it is fascinating that so many psychologists have looked at the race between horse and man and decided that it can tell us so much. To many, the lesson that it taught is that you really shouldn’t take people having a daft conversation in a pub too seriously, others think that there are clear signs that we have evolved for the exact purpose of running regardless of the temperature. For starters, we sweat a lot more than other species.

Add in factors such the springy tendons in our legs, our large heel bones that can absorb shock more readily and the fact that we’ve lost most of the hair that covered our ancestors and you can see why it’s a theory that holds water. Humans aren’t better than horses in most aspects, but they might well be relatively better when the weather turns hotter. The race in Wales is the only true one that pits humans against horses and it’s the only one that can give us genuine empirical evidence. Now we just need to wait for the next really hot day.

Previous Post: « What Happened to Auto-Play in Slots?
Next Post: Female Jockeys in the Grand National: How Many Women Have Won? »