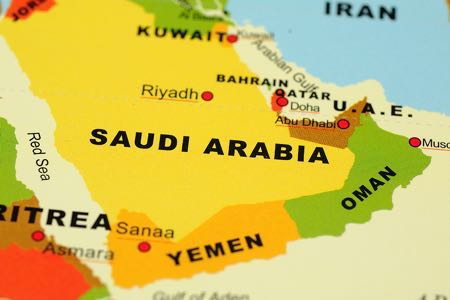 Everyone thinks that horse racing is a rich sport, largely because of the amount of money on offer for the top races. Whilst training and looking after a horse is a very expensive thing to do, the reality is that there isn’t huge amounts of money swirling around the sport in the same way as some outsiders might imagine. Any attempts to dissuade people from the notion that horse racing isn’t really that rich soon come a cropper when you have a conversation about the richest horse races in the world, as you might imagine.

Head to the likes of Dubai or Saudi Arabia and you’ll soon find billionaires competing with one another to own the claim of running the ‘richest horse race in the world’. Indeed, the actual title of ‘world’s richest horse race’ often changes hands as more and more money is ploughed into one of the events over the other. Add in the fact that the likes of the Everest is run on turf and some of the others are not and you’ll find that there are even categories for ‘richest’, adding a whole new level of complexity to the discussion.

First and foremost, it is important to point out that the exact information for the prize pool of horse races changes all of the time. As a result, we cannot claim that this list is definitive and will not be wrong at the time that you come to read it. Indeed, we’re not going to write about the races in an ordered list, instead opting to simply talk about them as we see fit, giving you information that was correct at the time of writing. With all of that in mind, here, in no specific order, is a list of some of the world’s richest horse races:

There are plenty of conversations to be had around Saudi Arabia’s involvement in sports and the so-called ‘sports washing’ approach that the country has taken to things in recent years. When the sovereign wealth fund of Saudi Arabia bought Newcastle United Football Club in 2021, for example, there were many who criticised the Premier League for allowing the sale to go through. The 2018 murder of Jamal Khashoggi, the suppression of women’s rights leaders and the country’s attitudes towards the LGBTQ+ community all concern sports-lovers.

Whilst it is impossible to get away from that fact and important to mention it for context, there’s no question that the country has taken horse racing more and more seriously over the years. The Saudi Cup is a good example of this, having been launched in 2020 with a purse of $20 million, which was the richest ever for a horse race at the time. Raced over 1,800 metres on a dirt track, it is the standout race hosted by Riyadh’s King Abdulaziz Racetrack and was given Group 1 status in the wake of its 2021 running.

Interestingly, the Jockey Club of Saudi Arabia refused to payout the $10 million owed to the winning horse, Maximum Security, after its win in the race’s debut. That was because the horse’s trainer, Jason Servis, was given an indictment a couple of months after the race. As of October 2021, the matter of the purse has not been resolved, meaning that it wasn’t until 2021 itself that the world record making prize was actually paid out thanks to John Gosden’s win with Mishriff in that year’s renewal. 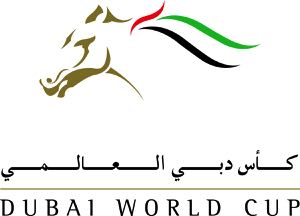 Whilst the Dubai World Cup might not quite be able to offer the riches promised by the Saudi Arabian race, it has longevity on its side. That is because it was run for the first time in 1996 and has grown in both prestige and size since then. Run left-handed over 2,000 metres, the race is hosted by the Meydan Racecourse in Dubai. It was the final race of the Dubai World Cup night, which was created by Sheikh Mohammed bin Rashid Al Maktoum when he was the Vice-President and Prime Minister of the United Arab Emirates.

Typically held every year on the last Saturday of March, it has offered a purse of $12 million since 2019. That made it the world’s richest horse race at the time, given that the Saudi Cup hadn’t yet been run for the first time back then. A Group 1 race for horses aged four and over if they’re from the northern hemisphere and three and over for those horses from the Southern hemisphere, it has the following weight information attached:

It is perhaps of little surprise that the leading owner for the race is Godolphin Racing, given that that is the private thoroughbred stable of the Maktoum family. Prior to 2009, the race was hosted at the Nad Al Sheba Racecourse, but was shifted to the all-weather surface available at Meydan Racecourse in 2010. Since 2015, the race has been run on dirt, largely do to the high maintenance cost and unpopularity of Tapeta. 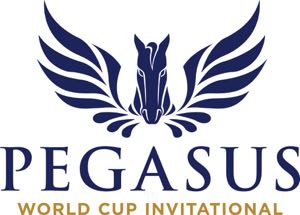 When the Dubai World Cup lost its ‘world’s richest race’ tag in 2017, it was thanks to the launch of the Pegasus World Cup, which was America’s answer to the financial dominance of the far east. Officially known as the Pegasus World Cup Invitational Stakes, it was run for the first time in January of 2017 at Florida’s Gulfstream Park. It had a purse of $12 million, which is why the Dubai World Cup decided to up its own ante. The money available even rose to $16 million in 2018 but dropped to $9 million the year after.

Since 2020 the Pegasus World Cup has had a purse of $3 million, with the amount of money that entrants have to pay changing over that time too. In 2017 and 2018, for example, the entry fee was $1 million, which was split in half in 2019 before being abandoned altogether for the 2020 renewal. Run left-handed over nine furlongs, it is open to horses aged four and over with the horses carrying 124 pounds. Fillies and mares are given an allowance of three pounds, whilst other allowances were made for differing reasons.

The idea for a new race that would rival the riches being offered in the likes of Dubai and Saudi Arabia was first proposed at the 2016 Thoroughbred Owners Conference by Frank Stronach. When the race was run for the first time, it was shorter than Stronach originally proposed that it should be, but it was ideally positioned to come between the Breeders’ Cup and the Dubai World Cup, whilst also offering horses one more chance to run before being put out to stud. Two percent all purse winnings is donated to thoroughbred aftercare. 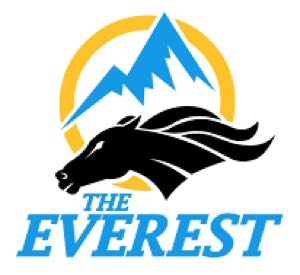 You might have noticed that most of the other races on this list appear to be run on dirt tracks. That is not true of the Everest, which is the richest race in the world run on turf at the time of writing. Coming under the auspices of the Australian Turn Club and being run as a weight-for-age event, the Everest was created in 2017 as a Special Conditions class race. The race boasts an unusual structure for its entry fee, with 12 ‘slots’ sold for $600,000 each. They are sold without specific horses in mind, meaning that the holder can do one of the following:

A good example of this system being at work can be seen in the debut running of the race, when James Harron bought a slot before coming to an agreement in order to allow Redzel to run in it. It was an inspired move, given Redzel won the race before defending his crown the following year. Run right-handed over 1,200 metres, the race is a weight-for-age event. The 2020 running boasted a prize pool of $14 million in 2020 and was increased by another $1 million the following year. It is hosted in October as part of the Sydney Spring Carnival. 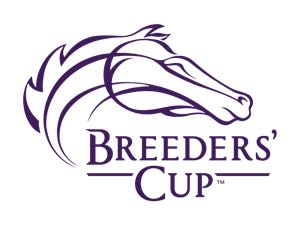 Whilst none of the owners, trainers or jockeys involved in the Breeders’ Cup Classic are going to complain about the amount of money they stand to win should they be victorious in the race, there’s no doubt that the prestige involved in one of America’s richest races is the primary reason people enter. That being said, the purse of $6 million dollars, as it stood for the 2021 renewal, is unquestionably quite appealing to some. Run left-handed over one and a quarter miles on a dirt track, the following weight information is at play:

A Grade 1 weight-for-age event, it does not have a permanent home and instead moves from racecourse to racecourse around the United States of America. It is run as part of the Breeders’ Cup World Championship and takes place in either late October or early November each year. The 1996 renewal was hosted at Woodbine Racetrack in the Canadian city of Toronto, being the only time that it has taken place outside of the US. Having debuted in 1984, only the other races on this list boast a consistently higher purse. 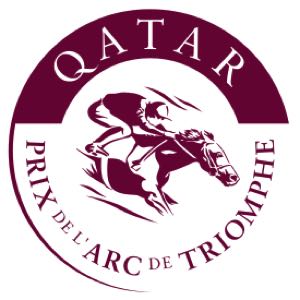 First run in 1920, there’s no question that the Prix de l’Arc de Triomphe is the oldest race on this list, even if it isn’t the richest. It’s run right-handed over one mile, three furlongs and 204 yards, with entry open to horses aged three and over excluding geldings. The weight information is as follows:

Commonly referred to simply as ‘the Arc’, the race is usually run at Longchamp and is the most prestigious flat race in Europe that is open to all-aged horses. Many of the winners have been considered to be some of the best runners in the world, which is perhaps why the race’s slogan, first used in 2003, is ‘Ce n’est pas une course, c’est un monument’, or ‘it’s not a race, it’s a monument’. When the race was first run, the prize money on offer was 150,000 francs. Given the figure on offer in 2021 was €5 million, it’s fair to say that the event has grown since then.

Which Country Boasts the Richest Races?

Given that the honour of boasting the richest horse race in the world is something that some countries seem to be determined to fight over, it is worth considering which countries are part of the conversation around the idea of offering the most money to the winners of the races. Here is a look at the top 12 horse races in the world at the time of writing, based on the prize money on offer to the participants:

In terms of the total amount of money on the table, there’s no question that the United Arab Emirates is at the top of the pile. Even so, the likes of the United States of America and Australia are both able to give the Emirates a run for their money. It would also not be even remotely surprising to see Saudi Arabia offer even more richly contested races before too long as the country continues its sports washing enterprise.

Previous Post: « El Gordo: The World’s Biggest Lottery Jackpot at €720m
Next Post: What Do Disqualification, Retirement & Did Not Finish (DNF) Mean in F1? »