A quick drive around the countryside will reveal horses trotting or running in fields up and down the country, irrespective of the weather. When conditions get too bad on the day of a race, however, events are called off left, right and centre. Horse racing is a year-round sport, so are we too quick to move to cancel a race simply because the track has become a bit waterlogged or frost is in the air?

Obviously, the welfare of the horse is the most important thing, but do we sometimes overreact on that front and cancel races too early? The invention of all-weather tracks was supposed to lead to racing taking place whatever the weather, but events have been cancelled at all-weather courses just as readily as their turf-based cousins. Why is it that horses racing gets cancelled when the weather turns bad?

The Welfare of the Horse Is the Most Important Thing

In 2021, shockwaves reverberated around the world of horse racing when photos emerged of trainer Gordon Elliott sitting on top of a dead racehorse. The images, which were labelled as ‘appalling and abhorrent’, resulted in the 43-year-old Irish trainer being banned from horse racing for a year, with six months of that suspended. It also led to a spotlight around horse welfare being shined on the industry.

Horse racing has moved to improve the welfare of horses year-on-year, with changes to races at the likes of the Cheltenham Festival being introduced to protect the participants as much as possible. Even the Grand National has seen alterations made to the fences and the course over the years, making it much less likely that a horse will die from a fall during what is labelled as ‘the World’s Greatest Steeplechase’.

All of which is to say, for most people in the horse racing industry, the welfare of the horses taking part in events is their primary concern. Incidents in which horses have been treated with a lack of respect, such as when a German modern pentathlon coach was kicked out of the Tokyo Olympics for punching a horse, are generally greeted with dismay by those in the business. It is why inclement weather can result in meetings being cancelled.

The Clerk of the Course will always inspect the turf before a meeting and decide upon the Going, labelling it as Heavy on occasions where rain has caused the turf to become so damp that a horse’s hoofs would just sink into it. Some horses can cope with the Going when it’s Heavy, whilst others cannot. When it becomes an issue, though, is when the ground is that bad that it will become a safety concern for the horses.

’False ground’ is something that will often lead to an event being cancelled. This is where some sections of the course are significantly softer than others or where water has refused to drain away and is just standing there. If false ground is revealed to exist on a course then it’s extremely likely that races will be cancelled, such is the extent to which they can be dangerous for a horse to run on. 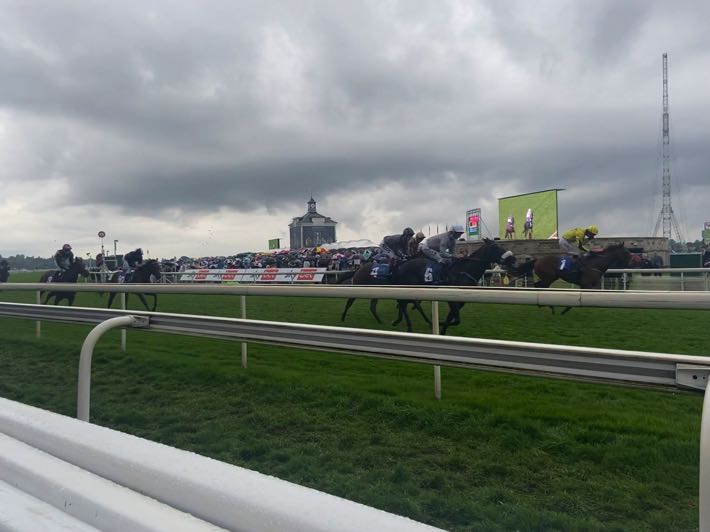 The two main things that will result in a meeting being called off are ground becoming waterlogged or it being so cold that the turf is effectively frozen. In 2020, for example, the Welsh Grand National, which is the biggest preview of the English Grand National, was cancelled thanks to 27 millimetres of rain falling at Chepstow in a matter of hours. That was thanks to Storm Bella, resulting in the event being moved back by a week or so.

The rainfall made parts of the course impassable, with 65 millimetres of rain having fallen earlier in the week when 30 millimetres had been forecast. Speaking after news of the cancellation was made public, the Executive Director of Chepstow Racecourse, Phil Bell, revealed that only one small section of the course was underwater, but that 10% was enough to mean that it was dangerous for horses to race on it.

In 2018, adverse weather conditions led to 60 races being cancelled, which was the most for nearly a decade. That was mostly due to rainfall, but frozen courses is also something that has to be borne in mind by race organisers. That is the case regardless of the racing that is scheduled, but it is especially true when it’s jump racing that is on the list of meetings due to take place.

When a horse jumps over a fence, they obviously have to land on the other side. When the turf is supple enough to allow them to do so without any harm, racing can go ahead as normal. The problems arise when horses are being asked to jump onto turf that is solid because it is frozen, increasing the likelihood that they will pick up an injury. At the start of 2012, for example, frost led to several races being abandoned.

When races were cancelled at Ludlow that year, the Clerk of the Course said that it was ‘unraceable’, with snow having fallen on top of the frozen track. When such a thing happens, racing can only happen if the track defrosts and there are temperatures above freezing continuously, so as to ensure that there is no danger to the horses when running on the track and making it over jumps.

It’s Bad for Jockeys Too

Whilst the welfare of the horses participating in races will always be one of the main concerns of event organisers, the reality is that adverse weather can affect the jockeys too. Those in charge of the horses have to be able to see where they’re running, not only so that they can issue directions but also so that they can time the jump of the horses to perfection and ensure that they make it over obstacles safely.

If driving rain is coming towards a jockey in biblical proportions, it is unlikely that the jockey will be able to see much of anything and riding in such weather is therefore extremely dangerous. Equally, landing on frozen ground might well be likely to cause a horse an injury, but it will also cause jockeys injuries if they fall off the horse and land on such hard and unforgiving ground.

The same sort of thing can be said for a foggy course, which will be difficult for the jockey to see properly on. Not only that, but fog would also make it virtually impossible for spectators to be able to see the racing. Whilst horse racing is obviously an industry that is about the outcome of the events first and foremost, it is also one in which tickets are sold to people to allow them to watch meetings unfold, which then becomes impossible if fog has descended on the course.

Is Anyone at Risk of Injury? 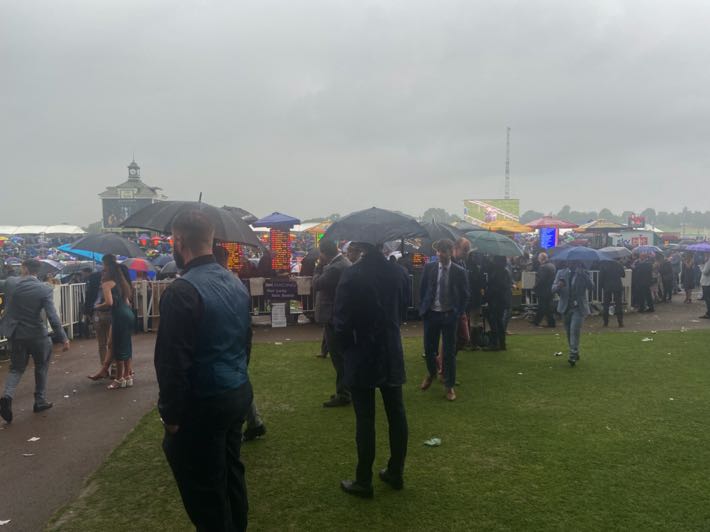 When the Clerk of the Course is considering whether or not a race meeting should go ahead, the primary question that they will be asking is whether anyone is at risk of an injury. That includes the horse running in the race, the jockey riding the horse, the members of the yard that have to feed and look after the horses, as well as the racegoers who will be turning up the course in their hundreds, if not thousands.

Consequently, it is not just the state of the course that the Clerk has to think about. Whilst the Going is an important factor and the likes of waterlogged tracks or frost will give them cause to consider cancelling an event, even if the course is entirely fine a meeting might still be called off. Would fog or heavy snow make it dangerous for trainers to get their horses to the race track? Would it mean spectators are put in danger at any point?

There are a myriad of reasons why the Clerk of the Course might consider cancelling a meeting that are about more than just whether the course is race-worthy. There are other weather conditions that need to be considered, such as lightning in the area or strong winds. If the weather is too bad then there’s an increased likelihood of injury to some parties involved in the racing in one form or another, which means it’s a no-go.

The title ‘all-weather’ is a slightly misleading one, thanks to the fact that such courses are usually made up of Fibresand or Polytrack surfaces. There are certainly some conditions that would mean that racing could take place on an all-weather tracks when it couldn’t be run on a turf one, but equally there are certain conditions when it doesn’t really matter what material the track is made up of.

It is still possible for even the best all-weather track to become waterlogged, for example, to say nothing of the fact that they can still freeze, too. A heavy snowfall taking place in a short space of time would make an all-weather course just as impassable as a grass course. If it is so foggy as to mean that jockeys can’t see where they’re going and spectators can’t see the horses, it is irrelevant what the track is made out of.

There’s also the fact that jump racing cannot take place on all-weather tracks, such is the extent to which the harder surface would do damage to a horse landing on the other side of an obstacle. This means that National Hunt events can’t be hosted on such courses, removing about half of the horse racing calendar from the world of all-weather tracks and meaning that only flat racing can be hosted there.

An all-weather racecourse is just as susceptible to be problems that affect other courses when it comes to bad weather. If it is freezing, for example, then it is virtually impossible to provide fresh water to the horses. The automatic mangers will also stop working, whilst the yards will become too slippery to walk the horses on. Even frozen gallops can be an issue, meaning that horses won’t be able to get decent preparation before the meeting.

Even Hot Weather Can Be a Problem 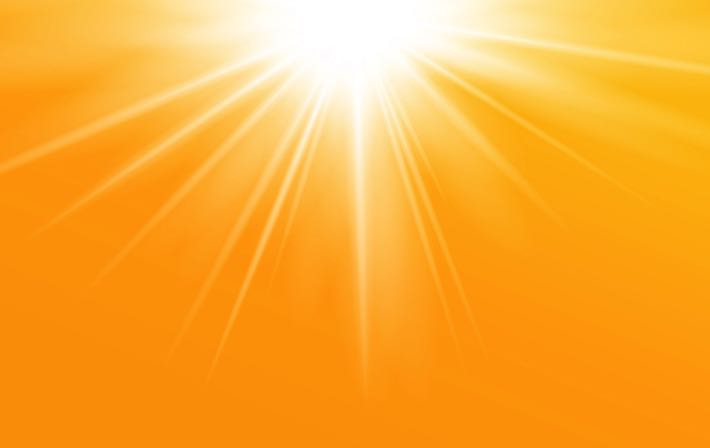 When we think of adverse weather, it is natural to consider the likes of frost, snow and immense rainfall. One thing we might not consider all that often is extreme heat, which can be a major problem for horses. During a meeting at Cheltenham Racecourse in 2018, for example, Dame Rose collapsed and died after crossing the finish line of the Mares’ Novice Hurdle, leading to the abandonment of the day’s fourth event.

The racing was taking place on one of the hottest April days on record, with temperatures reaching nearly double the standard figure of 14 degrees centigrade expected for the month. A horse suffering from heat stress will exhibit the likes of an elevated heart rate, an irregular heart beat and either profuse sweating or no sweating at all. It has led to critics of the industry to demand that the hot weather policy is adjusted.

Previous Post: « What Was the Rous Cup? A Look at England & Scotland’s Quirky Football Competition
Next Post: What Would a Gambling Ombudsman Do? »