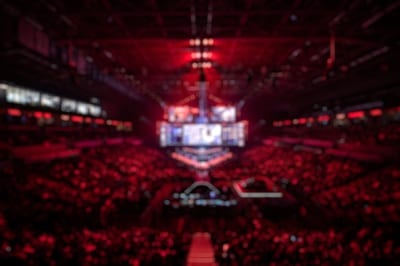 For many people, sports are things that involve being physically active and moving about a lot. Football, tennis and rugby sit at the top of the list, whilst the likes of darts remain debatable in some quarters. Yet there is a new breed of competitions that technically fit into the bracket of ‘sport’, despite what some people may think about them. eSports are gaining in popularity with every passing year, offering those that play computer games the chance to hundreds of thousands of pounds in prize money in tournaments that can often boast viewers in the millions thanks to online broadcasting.

People that are more classical in their view of what constitutes a sport may well wonder what all the fuss is about. We’ve written about the eSport phenomenon elsewhere on this site, so won’t go over it again here. What you need to know is that eSports involve players competing against each other either in team events, such as League of Legends, or else individually on games like FIFA. This new wave of ‘sport’ is taking the world by storm, so here we’ll have a look at some of the biggest and most influential eSport tournaments in existence today. Do bear in mind that the fast-growing nature of eSports means that this can change quickly.

What Are eSport Tournaments & How Do They Work?

The general notion of an eSport tournament is easy enough to understand as it works pretty much like any other tournament: players go up against each other in order to make it further in the competition and ultimately be declared the winner or winners.

Just like with other sports, the specific way that an eSports tournament will work is different depending on the competition’s format. Generally speaking, eSports tournaments will be split over a Group Stage and then a Knockout Stage. The idea behind the Group Stage is to avoid a situation where one team who are particularly strong on one map are able to knock another team out that might have been stronger overall.

In the group stage the various competitors tend to play each other in a round robin format, much as you might expect to experience when watching something like the World Cup. The teams will get points based on whether they win, lose or draw their matches. At the end of the Group Stage, a given number of teams will progress to the Knockout Stage.

Once the Knockout Stage is underway teams will progress depending on their ability to win the matches that they’re drawn to play in. Many competitions will seed teams and players according to how good their perceived to be. It can be slightly more complex than explained here, but this is a rough guide to how it works in most eSports tournaments.

What defines how ‘big’ something is? Is it the number of competitors that take part in the competition? Is it how many people attend in person to watch it or tune in online to see how things pan out? Or is it the amount of money up for grabs that helps something to be declared to be ‘big’?

We’ll have a look at some of the biggest eSports tournaments here and explain in each case why, exactly, they’ve made the list.

There’s an argument that The International is the perfect tournament to demonstrate the popularity of eSports because the prize pool is crowdfunded. That alone isn’t enough to show why it’s popular, but the fact that it regularly offers more prize money than any other single tournament speaks volumes.

It took place for the first time in 2011 when Valve Corporation, the developers of Dota 2, the game played in the tournament, hosted it during Gamescom in order to promote the new game. It was so popular that a decision was taken to host The International annually.

Eighteen teams take part in the International, with twelve of them gaining a place in the tournament by taking part in a qualification series known as the Dota Pro Circuit. There are also regional qualifiers that bring in the other six teams from playoffs. The six teams come from the following regions:

The funding for the prize pool of The International is made up of money made by crowdfunding. A ‘Battle Pass’ system is in play during the game itself, with twenty-five percent of all money made from going towards the prize pool. That has led to prize money as impressive as $34 million being on offer. The winning team is also awarded the Aegis of Champions Trophy and their names are engraved onto the back of it.

Another tournament, or set of tournaments to be more specific, that deserves its place on our list is the Counter Strike: Global Offensive Major Tournaments. It is also the responsibility of Valve Corporation as they developed the game. Introduced in 2013 in the Swedish city of Jönköping, DreamHack hosted the first ever tournament and offered a quarter of a million dollars in prize money.

What makes the Majors of CS: GO so big and influential is the sheer number of them. This isn’t just a one-off tournament but rather a series of tournaments that take place throughout the year. They’re generally considered to be the most prestigious on the Global Offensive scene. The Majors format has expanded since the first year it was introduced, with twenty-four teams invited to take part in the tournament’s present format.

Players from all around the world take part in The International, with the tournaments organised by various eSport organisations. Teams are able to qualify if they’re from the Americas, Europe, Asia or the Commonwealth of Independent States. When the Fall Edition took place in 2019 in Berlin it offered a prize pool of $1 million. 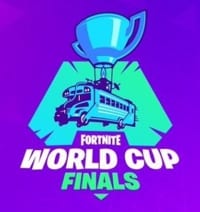 If a tournament’s size is based mostly on the popularity of the game being played by the participants then there’s no question that the Fortnite World Cup finals deserves to be on this list. Few games have come from nowhere to spring into modern culture quite like Fortnite, which was developed by Epic Games and released in 2017.

Three game types were offered, with Fortnite: Save the World allowing for cooperative play, Fortnite Creative giving people the chance to create their own worlds and Fortnite Battle Royale being a battle involving as many as now hundred fighters to see who could last to the end. It’s the Battle Royale version of the game that proved to be a crowd-pleaser, seeing more than one hundred and twenty-five million players join within the first year.

Competitive Fortnite soon found an outlet courtesy of the Fortnite World Cup, which has been broken down into numerous different disciplines. People can play on their own, in duos and as Pro-Am teams, to say nothing of there also being a Creative part of the competition. To give you an idea of just how big the Fortnite World Cup Finals is, more than forty million players took part in it in 2019.

That’s a phenomenal number by any standard, with nineteen thousand people turning up to watch in person and more than two million tuning in via streaming sites like Twitch and YouTube at the peak times. Kyle “Bugha” Giersdorf won the Solo tournament and earned himself $3 million, whilst David “Aqua” Wang and Emil “Nyhrox” Bergquist Pedersen shared the $3 million for being the Duo winners.

There have been no shortage of recognisable companies that have got involved in the world of eSports since it became a global phenomenon, with Intel being just one example. Once again this is an example of a tournament that is ‘big’ because of its size as much as anything else, actually being a series of eSport tournaments that takes place throughout the world.

Sanctioned by the Electronic Sports League, it includes events in disciplines such as Counter-Strike: Global Offensive, Starcraft II, League of Legends and Quake Live. Cities like Los Angeles, Dubai and Katowice in Poland have played host to the Masters in the past. It actually began life in Europe, only expanding beyond the continent when Intel realised its potential and supplied the funds to make the tournament a worldwide affair.

The tournament was established in 2007 and a number of qualifying events were created at the same time. The Grand Finals were held during Centrum für Büroautomation, or CeBIT as it was known, up until its cancellation in 2018. The prize pool for the tournament is smaller than many others, but the sponsored nature of the event as well as the number of games on offer means that it’s still considered to be well worth its place on the list. 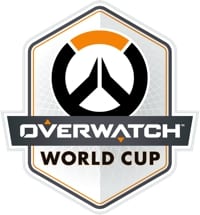 The Overwatch League is one of the most popular leagues in the eSports world, with millions of viewers watching the inaugural season. Based on the game by Blizzard Entertainment, the League welcomes teams from twenty cities around the world who all compete to win cash prizes and become the champions. It’s the kind of event that teams train for months to take part in, usually spanning over twenty-eight match weeks.

As you might well imagine, the Overwatch World Cup is a twist on that but instead of bringing people in to compete for their teams they’re invited to compete on behalf of their countries. This makes it similar to the World Cup in football, in which players from teams like Liverpool, Real Madrid and Lech Poznan leave their clubs for a while to represent the countries that they grew up in.

It’s perhaps of little surprise that the South Koreans have dominated the Overwatch World Cup since its introduction, given that the country was one of the first to take eSports to its heart. This is one of the few tournaments on this list that is about the prestige rather than the money, with all teams that take part receiving the same $16,000 prize for participating. 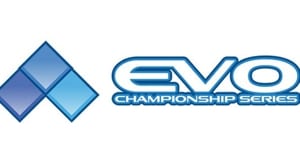 The last tournament worth a mention is the Evolution Championship Series, which is worthy of its place if for no other reason than it was one of the first ever eSports tournaments worthy of the name. Often referred to simply as ‘Evo’, People fly from all over the world to take part in the Series, which is exclusively for players of fighting games like Street Fighter II Turbo and Street Fighter Apha 2.

Created by Tom Cannon in 1996, the Evolution Championship Series has been hosted in Las Vegas since 2005. More than a thousand people took part in 2009, which is impressive for a fighting game competition. Interestingly, the tournament itself is boosted by a ‘Bring Your Own Console’ area that allows people to do exactly that, leading to side games and mini-tournaments being popular.

A spin-off tournament called Evo Japan was originally planned for 2011 but was cancelled in the wake of the Tohoku earthquake. Eventually it took place in 2018 but, even though seven thousand people entered, made a loss of more than $1 million. Not that that dampened enthusiasm in the country, with Super Smash Bros Ultimate being selected as the game for Evo Japan 2020.