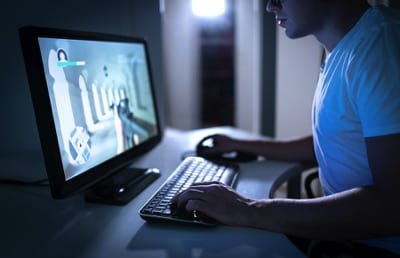 The explosion of popularity of eSports in recent years has had both positive and negative influences in the industry. eSports is perhaps one of the fastest growing of all sports, leading to a professionalisation that allows people to make a good living doing something that wouldn’t have been possible as recently as twenty years ago.

There’s also been an increase in betting on eSports, which has opened huge markets for betting companies to take advantage of. One of the big problems, though, is that with an increase in betting and professionalisation comes a desire from some to cut corners by fixing matches for their own financial benefit. Here we’ll take a closer look at this phenomenon.

Why Match Fixing in eSports Has Grown

When asking the question about why the phenomenon of match fixing has grown in eSports over the past couple of years you don’t have to look for to gain a good understanding. In 2017, the world of eSports was believed to be worth around $696 million, thanks to a watching audience of more than three hundred and eighty-five million people.

The games market insight company Newzoo estimated at the time that the market would grow to in excess of $1.5 billion by 2020. In other words, the world of eSports is worth an incredible amount of money. When there’s that sort of money floating around, people want a slice of it. A lot of those people are nefarious in their motivations.

The other key thing about eSports is the demographic of the people involved in it. Generally speaking, eSports is a modern phenomenon that appeals to the younger market. Younger people are, some of the time, more naive, inexperienced and easier to manipulate than older people. This presents those that wish to cut corners when it comes to money making with a fertile group to approach.

Those people are likely to be more game to an approach for the simple reason that they’re paid a much lower wage than the likes of tennis stars, football players or golfers. If you think that professional sports stars in other industries are willing to take money to fix a match despite how much they earn, why on earth wouldn’t poorer, younger people also do it? 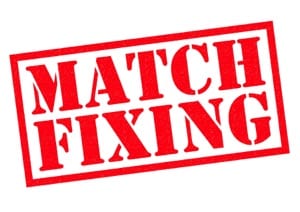 The moment that eSports began to achieve a global audience and the money that is associated with that, organised criminals and chancers began to see an opportunity. If they were to influence the outcome of certain matches then they would be able to place bets on those matches ahead of time and make a large amount of money accordingly.

It’s obviously no different to match fixing in any other sport, with the only prerequisite for those doing the fixing being the need to have the information about what will happen before it actually does. Consequently, most of the industry’s biggest competitions have been embroiled in a match fixing scandal at some point or another in recent years.

The real beauty as far as the criminals and chancers are concerned is that it is significantly easier to fix an eSport match than one in a sport such as football. That is in spite of the fact that as many as 78% of respondents to a survey on the matter believe that match fixing is a ‘serious or moderate risk’ to the future of the industry that they love.

The first significant example of the problem occurred in 2010 when South Korean Ma Jae-Yoon was given a lifetime ban from playing StarCraft after conspiring to lose games during a tournament. It can be that simple when it comes to fixing matches in the world of eSports. Losing a game or two during a big competition is all it involves, which is why it’s so difficult to stop.

There have been a concerning number of match fixing cases in the world of eSports that have led some commentators to fear for its future. Mary K. Braza from Foley & Lardner LLP referred to the act of match fixing as ‘the elephant in the room‘. The biggest concern is that fans will fall out of love with eSports if there is a belief that ‘cheating is widespread or that results are illegitimate’.

Whilst it is generally felt by the eSports community that proving that someone has cheated to lose is difficult unless they’re betting on themselves to do so, there have been a number of high profile cases in which it has been proven to have happened. This has resulted in the perpetrators usually being kicked out of the competition and banned from future events.

Here’s a look at some of those high profile examples of match fixing in eSports:

Lee Seung-Hyun was widely considered to be one of the greatest StarCraft II players ever to play the game. Known as Life, he had played games for teams like StarTale and KT Rolster before being traded to the Afreeca Freecs teamM in his native South Korea. Having only joined his new team in January of 2016, he was charged with match fixing in April that year.

The match fixing allegations were levelled at Life and his colleague, Bbyong, as well as nine other StarCraft II players. Life was so well-respected in the industry because of his victory at WCS in 2014, whilst Bbyong had reached the semi-final of the IEM World Championship the year after. Life was believed to have fixed two matches in the 2015 KeSPA Cup.

Life was believed to have been paid $58,000 for fixing the two matches, whilst Bbyong was paid less than half that for throwing a Global StarCraft League match. Life was given a prison sentence of eighteen months that was suspended for three years, as well as being given a $58,000 fine. His WCS Championship win was taken off him.

As a sign of how much this hit the eSports industry, Life’s match fixing was named the ‘Biggest Disappointment of 2016‘ by ESPN. Having been seen as a prodigy in the sport, Life’s professional eSports career was over for the sake of two matches. It also saw the popularity of the game in South Korea take a downwards turn to say nothing of reputation damage.

The eSports industry would have been forgiven for thinking that it was starting to get its house in order by 2019, which is why the arrests that took place in the wake of a Counter-Strike: Global Offensive game in Australia were seen as being so shocking. Six people were arrested after suspicious betting activity revolving around the gamers of the mtFive team.

In Australia, match-fixing carries a punishment of up to ten years imprisonment for people who are found guilty. Detectives were contacted by a number of betting companies about more than twenty bets placed by punters on five different mtFive matches. One such company was Sportsbet, which is one of the biggest betting sites in Australia.

Neil Paterson, the Assistant Commissioner of Victoria Police, outlined the problem of policing the eSports industry. He said,

eSports is really an emerging sporting industry…It’s important that police and other agencies within the law enforcement, gaming and betting industries continue to work together to target any suspicious activity.

The incident in Australia was headline grabbing both because of the fact that the world of eSports will have been feeling confident that it had got a handle on match fixing in the industry and because it was the first major incident of it in the country. It was not the first such incident for Counter-Strike: Global Offensive, however.

In fact, the one that had occurred in America years earlier could be considered to be one of the first scandals that should have altered the industry about how likely match fixing was likely to be. It involved a match between the iBUYPOWER and NetcodeGuides.com teams in the CEVO Professional Season 5. iBUYPOWER were the overwhelming favourites, but lost.

iBUYPOWER had adopted strange strategies during the game, such as attempting knife kills at inappropriate moments. Excuses were made for the team such as the problem of travel and the fact that they didn’t know the map, but soon after the event details began to emerge that suggested that the match had been fixed ahead of time.

The outcome of the scandal was that six players and the owner of NetCodeGuides were banned from Valve-sponsored tournaments on a permanent basis. Later the Electronic Sports League unbanned iBUYPOWER’s players for all matches except those involving Valve. That such match fixing was taking place before major bookmakers offered bets on games should have been a warning. 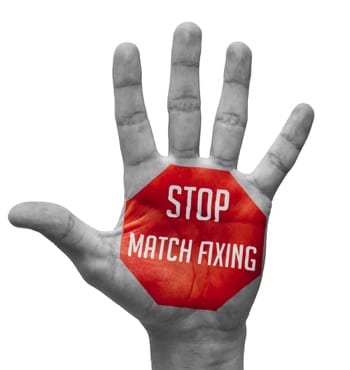 Obviously no sport wants to own the suggestion that match fixing is rife within it, so the powers that be in eSports are constantly working to try to ensure that the sport has as much integrity as its possible to get. That was the reasoning behind the formation of the Esports Integrity Coalition, which operates internationally for the good of the sport.

The three most popular eSports are League of Legends, Counter-Strike: Global Offensive and Data 2. All three of them have been hit with their own match fixing scandals. In the early days, betting on eSports matches involved using skins, which are in-game items that can be traded. That’s what was the case in the iBUYPOWER and NetcodeGuides.com case.

It led the United Kingdom Gambling Commission to raise concerns over the unlicensed nature of skins betting. The result was that Valve, the publisher of Counter-Strike: Global Offensive, issued cease and desist letters over the use of skins. Whilst that might have stopped the more nefarious means of gambling, it didn’t stop it in a mainstream sense.

Bookies Get Serious About Clamping Down on Match Fixing

Soon the biggest bookmakers, such as Bet365, Betway and William Hill began offering eSports betting. It soon became widespread and quickly shot up the list of sports that people would bet on. The result was that bookmakers needed to start taking the notion of match fixing within eSports far more seriously. That was why Ian Smith was approached by the ESL.

Smith had spent several years dealing with match fixing scandals as part of the Professional Cricketers’ Association. He immersed himself into the world of eSports and produced a report into the problem of match fixing, declaring that it was something that ‘the industry is not yet well-equipped to handle’. A lack of governance was the biggest issue, as he saw it.

Smith founded the ESIC in 2016 with the intention of having it fill the void of a governing body for the sport. It investigates accusations of foul play and members of the ESIC, which includes competition organisers, promoters and even players, have agreed to ban offending players from competitions. Smith gets a report on alleged match fixing every week.

The ESIC works with Sportradar, which a broker that collects data from tournament organisers and sports federations before supplying it to bookmakers and others. That includes collecting odds movements from over five hundred bookies, which allows it to see suspicious movement in the markets. All of it helps the ESIC maintain the sport’s integrity.

The top eSports competitors are incredibly well paid but the ones lower down the pecking order earn comparatively little. As a result, an education plan is being put in place to teach new players about the dangers of match fixing. It is all just part of the overall plan to allow the eSports industry to gain a tighter grip on the integrity of the game and its tournaments.

Previous Post: « A Complete History of Walthamstow Greyhound Stadium
Next Post: Are Jockeys & Trainers Allowed to Bet on a Horse Race? »