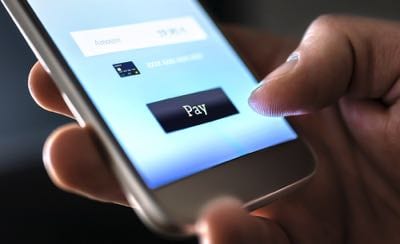 Talk about the move online to people associated with the world of gambling and they’ll immediately think that you’re talking about bookmakers shifting to websites rather than having high street shops. Whilst that’s certainly one of the key areas in which the industry has changed in order to move with the times, it’s not the only way that technology has become important.

The shift of people’s general life to a computerised way of being has seen a rise in so-called digital banks. These are financial institutes that operate wholly online, using an app to deal with people’s banking needs. They’ve naturally become a popular thing for bettors to use, allowing them to keep the betting finances separate from the normal life.

As the world of gambling has come under fire in general, however, the various digital banks that are the most popular have begun to take different approaches to whether they’ll support the ability to use them for betting.

Shortly after this post was first published the UK Gambling Commission introduced the long expected Credit Card ban, but in a shock twist also included pre-paid debit cards in the new rules. This has large ramifications for the Digital banks as it means that their pre-paid cards will no longer be accepted by the bookies.

Some of the digital banks have responded by issued regular debit cards rather than their troublesome pre-paid counterparts. For example, Revolut now offer the option of a Visa Debit Card which we have tested and found still works with a major online gambling site:

The information from the original article below still applies, however there is now an additional twist that not all cards issued by the Digital Banks can be used so you’ll need to make sure your card isn’t a pre-paid number. You can see which banks offer what type of cards in the table below.

Nb: The gambling blocks are optional features which can be turned on and off within the banking app.

A Brief Look at Digital Banks & How They Work

Digital only banks, sometimes referred to as challenger banks because they’re challenging the way that traditional banking works, are banks that exist purely in an online form. Everything is done either via a website or through a purpose-built application, with no physical bank branch that you can pop into to speak to a human or withdraw money.

These types of digital banks are particularly popular with millennials, people who have grown up in a digital world and who are primed to trust online things more than older customers. They also offer features that are more important to younger people than an older audience, such as the ability to map out spending forecasts and alerts when money is being spent.

There are a host of services that have been introduced by digital only banks that traditional banks are moving to try to keep up with. You can freeze and then unfreeze transactions on your card, for example, which is something that the likes of TSB have introduced themselves in response. You can split bills, get real time notifications for spending and more.

The major benefit of a digital bank is the increased clarity that is offered to your spending. The fact that you’re able to get real-time notifications of things you’ve spent money in increases awareness of where your money goes, but it also allows you to ‘block’ spending on certain things. This can be a big help for problem gamblers who need to give themselves a break from betting.

Why People Are Using Digital Banks for Gambling

The most sensible approach that anyone can take to gambling is to have a pot of money that they can afford to lose. The relative ease of opening a digital bank account means that bettors are able to keep their gambling separate from their regular spending, which helps to keep in check how much money people are spending when placing bets.

It also means that bettors can simply add the amount of money that they can afford to lose to one account and then use that account until the money is gone. By being forced to add more money to a different account it creates a situation where people have to think, even if only briefly, about whether or not they wish to carry on betting.

There are other advantages away from that. Already mentioned is the fact that cards can be frozen to stop spending if needed, providing bettors with a sort of self-made exclusion tool. It’s also an eWallet of sorts, but one in which users can see far more clearly how much money is being spent, being paid in and used. It allows people to track their winnings much clearer.

How the Different Digital Banks React to Gambling

Gambling remains something of a hot topic for some people, with campaign groups putting pressure on the government to increase the help it offers to problem gamblers. The result is that not every company has the same approach to the way in which it handles people using its offering to pay for gambling. Here’s what the three main companies have to say.

Founded in 2014 by Anne Boden, Starling Bank has raised more than £250 million in backing as well as been voted Best British Bank. By 2020, the company boasted more than a million account holders, having taken over £1 billion in deposits. At the time of writing, they have offices in Southampton, Cardiff and Dublin and the head office is based in London.

Anne Boden was an industry leading banker before setting up Starling Bank and at the time of writing the company’s other investors includes the likes of global private investor Harry McPike. One of the leading public investors in the UK, Merian Global Investors, is also one of the backers of Starling Bank.

When it comes to the company’s approach to gambling, there’s nothing to stop any of its customers using their account for betting if they choose to. When asked about it directly, Starling said the following:

Your card can be used with any merchant as long as you authorise it. There is, however, a gambling block under the card section, which would disable your card with these types of merchants…We don’t apply that block, that would be your decision to make.

What that means is that if you want to use your Starling Bank card to add money to betting accounts then you’re perfectly entitled to do so. There is the option to block gambling activity on your card, but it is not put in place automatically and instead has to be activated by individual customers. Starling also have no issues with people gambling, as this statement confirms:

All our customers can make their own decisions what they would like to do with their money. The gambling block is an option if someone wishes to enable it, which can be done via the app without contacting Starling Bank.

Monzo is slightly younger as a company than Starling Bank, having been founded in 2015. Monzo became a regulated bank in August of the following year and the company has more than three hundred people working for it around the world. The central offices for Monzo are located in London and in excess of three and a half million customers use their services.

In June of 2019, the company announced a new round of funding. At that point two major companies in the form of Y Combinator Continuity and Latitude invested £113 million. They joined existing investors as part of the company’s ever-expanding family, which came at the same time that Monzo USA began to be rolled out in the United States of America.

Monzo’s approach to gambling is pretty much the same as Starling Bank’s, insomuch as customers are perfectly entitled to use their Monzo accounts to add money to betting accounts, but the option to block payments to betting companies also exists. When asked directly about whether the company has an issue gambling they said, “No, not at all”.

Monzo don’t block payments to gambling companies as a default, instead allowing customers to turn on the block by using the Monzo app. If you choose to do so and then wish to disable the block then you’ll need to contact the company directly to ask them to do so, with the process to unblock gambling companies taking 48 hours.

Launched in July of 2015, the company was the brain child of Vlad Yatsenko and former Credit Suisse trader Nikolay Storonsky. Revolut’s investors include the likes of Point Nine, Index Ventures, Seedcamp and Balderton. capital. Revolut boasts more than eight million customers worldwide and a claimed value of forty billion pound.

Perhaps somewhat unsurprisingly, Revolut’s approach to gambling and using your account with them for that expressed purpose is pretty much identical to that of both Starling Bank and Monzo. Customers are entitled to use their Revolut card to add funds to betting apps as and when they wish to do so, with no default block put in place.

Unlike the other digital banks, though, Revolut doesn’t offer a quick and easy method of adding a block to certain merchants. It’s not as simple to say that you don’t want to be allowed to pay money into gambling sites as it is with Monzo and Starling Bank, which is something you might want to think about before signing up for an account.

Past Problems with Digital Banks

Whilst digital banks will feel like the future for certain customers in relation to how they interact with online betting accounts, there have been some issues in the past that might well crop up again in the future. This was most evident when Revolut customers began having problems with betting apps early in 2019.

The issue was noted by a Reddit user who posted saying, “So in the recent days, it seems like Revolut discontinued support for some online bookmakers such as betway, unibet”. The major complaint was that Revolut did not tell customers that this was going to happen, with no in-app notifications or posts on the company’s website.

The block on transitions from certain companies worried Revolut users who wanted to be able to use their account as they saw fit and not have anything dictated to them by the bank that they use. At the time, Revolut said that there were only certain merchants that were blocked automatically by Revolut and they were those that fitted into the following categories:

Countless customers who weren’t even using Revolut for gambling were locked out of their accounts because the company was attempting to crack down on money laundering. It left people in the lurch whilst on holiday, which was problematic.

The major issue surrounded the use of specific betting companies, but it’s certainly a problem that has the ability to come around again in the future. There is no sure fire way to avoid being caught up in similar things with any of the digital banks, so the best best is simply to continue to use one but keep the funds that you have available in it as low as you feel you can.

Previous Post: « Cheating in Horse Racing: Four Cheats Who Almost Got Away With It
Next Post: Is Poker a Game of Skill or Chance? »