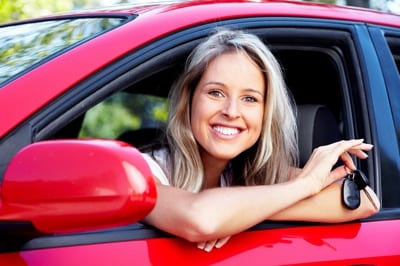 Anyone who has ever been to an airport will have seen a competition to win a car. It’s not just a car, either. We’re not talking about clapped out old Volkswagens or an original Mini. It’s normally a supercar or the kind of vehicle that you could only afford to drive if you won the EuroMillions. It seems like it’s too good to be true, with many a parent informing their child that ‘nobody ever wins those things’ after being begged to buy a ticket. Yet if that was true then the companies wouldn’t be allowed to run the competitions according to UK rules.

It doesn’t take much to begin asking yourself what the point in the competitions is. After all, how many tickets would they need to sell in order to make it a worthwhile, money-making enterprise when paying staff to work at the airport for weeks if not months, hiring the space and also giving away a car worth £50,000 or more? Indeed, how do they bypass the laws on lotteries in the first place, given the fact that it sells itself as a raffle type scenario? All questions we’ll look to answer on this page.

The first place to start is by looking at what the competitions are in the first instance. The best way to do that is by looking at the best-known company that runs the competitions, which is one called Best of the Best PLC. Set up by University of Durham graduate, William Hindmarch, in 1999, the company has been operating in the major UK airports around the country since then. They also have an online presence, promising the same sort of thing of the chance to win a car every week.

They’re not the only company to offer such a prize, of course. Other companies exist and offer the same sort of thing, promising the chance to win big prizes, such as cars, regularly. In fact, BOTB launched at Heathrow Airport by offering a Porsche 911 and has since had displays at both North & South Terminals of Gatwick and at Birmingham Airport, so if you’ve seen a Win a Car competition anywhere else then it’s possible it’s a different company offering it.

The idea behind the Win a Car competitions you’ll see at airports is simple enough. You pay the ticket price and get the chance to fill in a Spot the Ball style competition, identifying where you think a football is located from a screenshot of a match. Anyone over the age of 16 is able to take part in the competition when it’s played in the United Kingdom.

After all entries have been received within the set period the competition closes and a panel of judges then look to see which guess they think is closest to the centre of the ball. The panel has included the likes of former Arsenal and Tottenham Hotspur defender, Sol Campbell, for example.

The photographs used for the BOTB competitions are taken at amateur matches in Ireland, with the photographer editing the ball out before sending it on to the company to be used in their competition, meaning that not even the company’s owner knows where the ball is until it is revealed. The panel then decide where they think the ball is, as opposed to the real ball being the market point.

It is possible for more than one person to be equidistant from the centre of the ball, in which case all people ‘tied’ for the win enter another competition to separate them out.

What You Can Actually Win

Once a winner has been decided, they are then offered the car or 80% of the cash value of that car. Runners-up are also awarded cash prizes. It then comes down to your own person take as to whether or not the value of the car would be more useful to you than the car itself.

If the winner is based in the UK, then they will receive the car, with the VAT paid for, as well as the first year’s insurance. If they are based in Europe, than the VAT is paid but any import tax and other fees will need to be paid for by the winner. BOTB, as an example, will ensure that the car is transported to the closest port but after that it’s your own responsibility to get it to where you live.

Winners are given five days to claim their prize, which is the number of days that the company will spent trying to get hold of you. After that, if you can’t be reached, it will be awarded to the next closest person. You can also be disqualified by breaking the competition’s rules. If you choose to take the cash option then they do have to pay the cash, so you’ll win slightly less.

Why Isn’t It a Lottery?

There are specific rules governing lotteries in the United Kingdom. According to the Gambling Act of 2005, which replaced the Gaming Act of 1968, the Lotteries and Amusements Act of 1976 and the Betting, Gaming and Lotteries Act of 1963 when it became law in 2007, it is a criminal offence if you run a lottery without a lottery license.

With that in mind, it’s easy to ask why the Win a Car competitions aren’t thought of as lotteries. The answer comes down to the fact that the 2005 Act also says that skill competitions are a different thing. Something is a skill competition if the person running it can be reasonably sure that the ‘skill’ element will deter a large number of participants from entering or will stop a significant proportion of people participating from winning a prize.

Because Spot the Ball competitions require you to try to figure out where a ball is on a picture on which it has been removed, it is considered to be a skill competition rather than a lottery and the companies that run those sorts of competitions don’t need a lottery license to run them. That means they don’t need to worry about the £5,000 fine and the potential of fifty-one weeks in prison that they’d receive if they were running a lottery without a licence.

Does Anyone Ever Win? 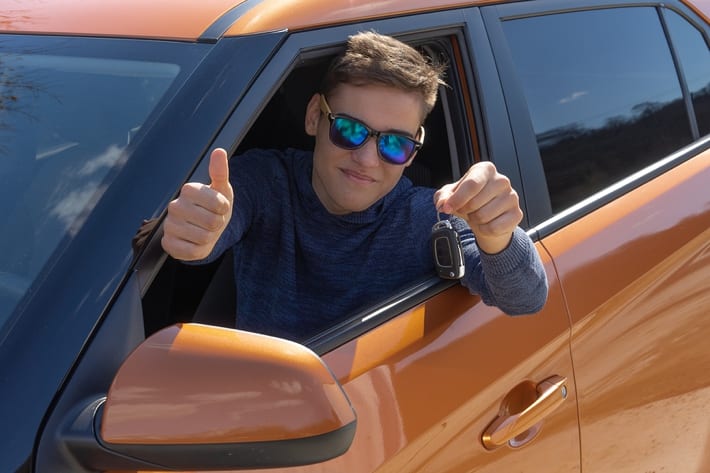 The more skeptical amongst you will immediately wonder whether anyone actually wins these competitions. After all, they do seem too good to be true. Yet, as mentioned in the introduction, the competitions wouldn’t be allowed to continue if they didn’t actually ever have winners. Whilst the Gambling Commission doesn’t approve or offer advice on how competitions of skill should be run, those sorts of competitions do still need to comply with the law.

There are countless examples of Win a Car competitions that have been won by participants, including posts by people on forums confirming their wins to people that have been interacting with them for years. You can also see people being told that they’ve won by visiting company websites, with the trick being used as a social media method of reinforcing the idea that real-life people do actually win on a regular basis. It’s a marketing move that has won over punters, with Best of the Best, for example, growing from being a one-man-band to having more than sixty employees.

The key to the Spot the Ball element of the BOTB competitions – to continue focusing on that specific company – is in having a panel of judges decide where the ball is located rather than going off the ball’s real location. It means that the more nefarious practices of the past, in which a ball would often be located in a bizarre location incongruous with the rest of the picture, is no longer relevant. The judging is filmed and results can be reviewed afterwards by participants, which all adds to the fact that they are real competitions.

A This Is Money article from 2016 spoke to a number of previous winners, including Rikki Tronson who won a Ranger Rover Sport but had it written off by a lorry driver. Sheena Lalsingh is a good example of a previous player, having won a Dodge Challenger Hellcat in April of 2016 but deciding to take the cash instead as she was too young to insure the car at the time of her victory.

There’s nothing to stop people from entering competitions more than once, so in 2015, one person won a Porsche Cayenne and a Mercedes-Benz in successive months. They had a combined value of £200,000. According to William Hindmarch, around seventy to eighty percent of winners choose to take the car rather than the cash.

How Many Tickets Do They Need to Sell to Make It Work?

The more you investigate this sort of thing the more naturally the question you’ll ask becomes ‘how do they make money?’ A company such as BOTB, for example, has given away more than £29 million worth of prizes since 1999, according to their website. With tickets starting at as little as fifteen pence, that is an awful lot of tickets that need to be sold in order to make it a viable business solution.

Yet the company started with a share value on the London Stock Exchange of sixty-three pence and the shares are now worth £2, so it must be returning its shareholders with a decent net win on their investment. The reality is, of course, that not many of the competitions are as little as fifteen pence to enter. The more expensive the car is, the pricier the tickets are. The majority of people tend to buy several tickets and play on a regular basis, with the competitions run only being open to people from all around the world.

One example is Andy Davies who won a Nissan GT-R in 2015. He did the maths after he won and figured out that he’d spent more than a thousand pounds entering competitions since 2001. Multiply that sort of figure by the number of people who take part and you can see that the money soon starts to add up. At the time of writing, the most expensive ticket on the BOTB site is £7.80 for a chance to win a Bentley Continental GT W12. One for an Aston Martin DB11 V8 would cost you £7.05, with the cars having cash alternatives of £130,000 and £118,000, respectively.

One thing to remember, though, is that the company gets a discount on the cars that they give away. Because of this the actual retail prize of the vehicles isn’t the one that they’ll pay and therefore they don’t need to sell quite as many tickets as you’d imagine. In order to ‘wet their face’ on the Bentley, as an example, they would need to sell around sixteen thousand tickets. Everything after that is a net win. Obviously things are slightly more complicated than that, not least of all because tickets become cheaper the more that you buy, but that gives you some indication of what we’re talking about.

Your chance of winning will depend on the car that you try to win. The more expensive a car. the more likely it is that people will enter to try to win it, as a rule of thumb. Obviously, the more people that enter, the less your chance of winning outright. You might still win a smaller prize, which can include getting free tickets to enter another competition.

Previous Post: « What Ever Happened to Stan James?
Next Post: Inside the Crazy World of Professional eSports Players »