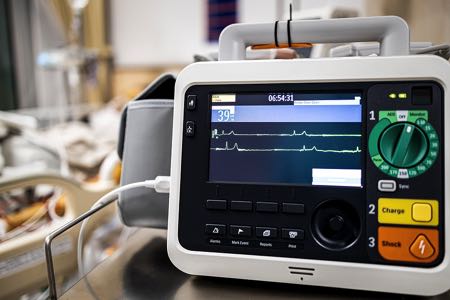 Few people want to die. Most people would love to win the lottery. Bill Morgan has done both. Twice. The Australian truck driver had a heart-attack in June of 1998, falling into a coma as a result. The doctors in the hospital he was taken to told his family that they thought it was time to turn his life-support machine off, with a doctor from another hospital saying that they’d take him if they could try some experimental procedures on him. After having treatment, Morgan was clinically dead for 14 minutes, with the time needed to declare someone dead being 7 minutes.

As a result, he’d effectively died twice. A month or so after being revived and leaving hospital, Morgan bought a scratch card and won a car. This tremendous bout of good luck caught the attention of his local news station, who did a story on him and asked him to repeat the process of buying the scratch card on camera. When he did, he won AU$250,000, which was caught on film. This story was big news at the time, but has been revived numerous times since thanks to social media and the story being shared amongst users of platforms like Instagram, Twitter and Facebook. To die twice and come back is good luck, to win the lotto twice is extraordinary.

The Man Who Died Twice 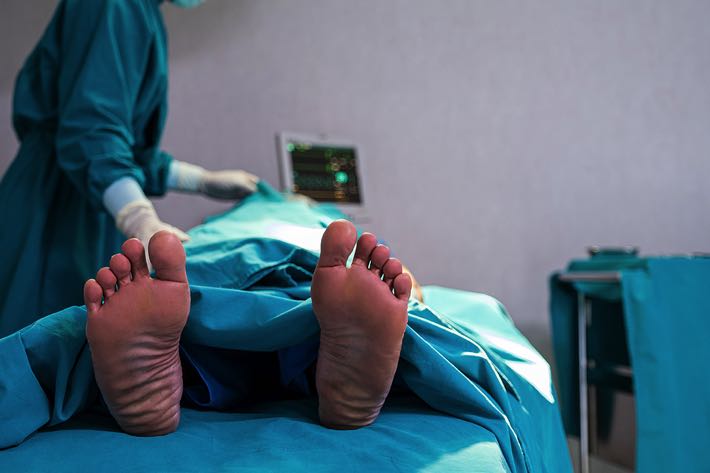 Though The Man Who Died Twice was the name of the second book in Richard Osman’s Thursday Murder Club series, it could also be the autobiography of Bill Morgan. In June of 1998, Morgan was carrying out his job as a truck driver when he had a heart attack. Taken to hospital, the doctors felt that time was critical to the treatment of the Australian native, so failed to take a medical history. The treatment that they gave him actually caused an allergic reaction, which led to his heart stopping for 14 minutes; twice the time required to declared someone medically dead.

The doctors continued trying to revive Morgan, eventually managing to get his heart pumping again. This happened, but the man himself failed to show any other signs of life. When this continued for more than two weeks, the doctors at Dandenong Hospital told his family that the likelihood was that even if he came around he was almost certainly going to have suffered brain damage. Given the chance that he was likely to ‘be a vegetable’ for the rest of his life, the doctors advised Morgan’s family that the right thing to do would be to turn off his life-support machine.

Somewhat understandably, his sisters were reluctant to do that. There was a specialist present at the time, who normally worked at Alfred Hospital. He said that they would be willing to take Morgan as long as they could effectively treat him as a ‘guinea pig’, trying different things in the hope that one of them would work. As a result, he was moved to Alfred Hospital, where he ‘sat up in bed’ after 15 days of treatment. The man, who should have died after his prolonged period without a beating heart, was dubbed a ‘medical miracle’ by those responsible for his treatment.

Morgan was 37 at the time of his heart attack, living in a caravan park in the outer suburbs of Melbourne with his girlfriend. Around 12 months after his survival from the heart attack and the coma, he was carrying out one of his weekly routines when he decided to buy a scratch card. It was a good decision, given that as he scratched off the panels he realised that he had won a Toyota Corolla, which was worth about AU$30,000. He recalls saying, “I think I’ve won a car” out loud, finding out that he had indeed done just that as his luck continued in a more visceral fashion.

Though it wasn’t a life-changing win, it was certainly one that improved his life and that of his girlfriend, Linda. It allowed them a bit of breathing space when it came to worrying about car payments and the like, especially as Morgan’s health wasn’t necessarily the best after his heart attack and he sometimes struggled to work. The reason it seemed like a big deal, however, was because Channel 9 News decided to film a story about it under the headline ‘clinically dead and came back to win the lottery’, getting in touch with him to film a segment about it all.

Having been contacted by Channel 9 to film a segment about his lucky win, Morgan was happy enough to go along with it. The channel thought that it was a pleasant good luck story that would fill a bit of airtime, little realising what would happen next. As part of the story, he went into a news agent and was filmed buying another scratch card. One of the camera people working decided that it would make a good shot to watch him scratching off the panels of the card as the news reader did a voiceover telling the story, so they filmed him doing exactly that.

He scratched off the panels and a moment later turned around and said ‘I just won AU$250,000’. The manager of the newsagents was there and replied ‘good joke’, presumably knowing that Morgan had also vocalised his win of the car. Morgan replied ‘I’m not joking’, later saying that at that moment it hit him ‘like a tonne of bricks’ and he thought that was ‘going to have another heart attack there and then’. The staff in the shop opened a bottle of Champagne to help him celebrate his big win, after he’d recovered from the shock of his success.

Caught on camera mumbling ‘God, please don’t kill me’ in the wake of his win, Morgan got straight on the phone to Lisa, who he had proposed to earlier in the year. He said, “I’ve won AU$250,000 honey. I have. I have.” He was close to tears, being hugged by people in the shop who showed his winning ticket to the camera that had been filming the entire episode. It is little wonder that Morgan felt so shocked. The chance of winning the lotto at the time were about 500,000/1, whereas the chances of being struck by lightning twice were 530,000/1, so he’d achieved the seemingly impossible.

Anyone that plays the lottery will almost certainly have day-dreamed about what they’d do in the unlikely event that they won it. For Morgan, the decision was easy enough. He and Lisa had been considering buying a house, so he got a cheque for AU$200,000 and shocked the estate agent by buying the house outright. He invested the rest of his money. This allowed the pair to enjoy a comfortable life in the south-east of Melbourne, which is some change when you consider that doctors could easily have declared him dead at any point during the period when his heart stopped.

In the years after, life wasn’t quite as exciting for Morgan. A combination of both the heart problems that he had residual effects from and arthritis took its toll on him. He also lost both his nephew and his brother-in-law, with his sister being admitted to hospital with a chronic illness. Even so, he tried his best to enjoy the extra time that he was given. He made sure to ‘smell the roses’ even on his worst days, acknowledging how fortunate he was to win not once but twice, to say nothing of his recovery from being clinically dead for twice the length of the normal time considered by doctors.

He later said, “I won $250,000. The house I live in, I own. I’ve got a nice enough car that I own. Sure, I had to retire because the heart got too much and I’m riddled with arthritis, but it was all for the best.” It is an attitude that would explain why he won two big prizes on the lotto, were you the sort of person that believed in the power of positivity, manifestation and other such nonsense ideas. Regardless, he felt that he had to be ‘grateful for the 22 extra years’, stating that he was either on the ‘highest of highs or lowest of lows’ during his life in the years since his win. 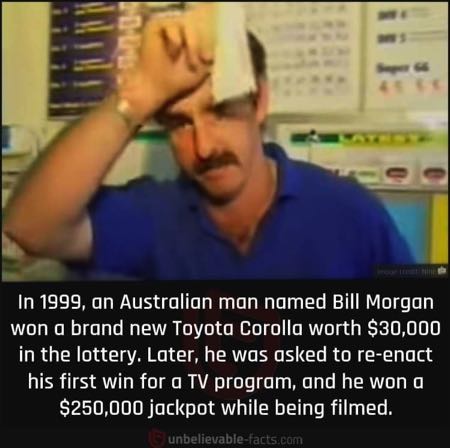 As is the wont of social media, at some point in 2020 someone must have re-discovered the video of Bill winning the lotto live on camera from more than two decades earlier. It was posted to Twitter, gaining 50,000 retweets in next to no time. This, in turn, led to an increased interest from the media. That was why people got in touch with him and asked him about what happened to his life after the famous win that was caught on camera. It makes sense that the story would capture the imagination, given the extent to which most people would love such a huge change in fortune.

In the years that followed the story hitting the news for the first time, Morgan continued his habit of playing the Tattslotto and a scratch card worth AU$5, but it seems as though he didn’t win a big prize on the lottery in the years that followed or, if he did, he decided to keep the information to himself. For most people, struggling to keep up with mortgage and car payments, the idea of winning the lotto twice and being able to cover both of those things would be a dream come true. It is almost certainly because of that that so many people shared the video when it re-emerged.

It Could Have Been Much Worse

Though Morgan’s life didn’t improve hugely after his double lottery win, things could have been much worse for him. In 2006, for example, Abraham Shakespeare won $31 million on the lottery. Near illiterate and having dropped out of school in the seventh grade, he bought himself a house, a nice car and an expensive watch, spending most of the rest of his money on family and friends. He didn’t live a happy life, saying, “I’d have been better off broke…. I thought all these people were my friends, but then I realized all they want is just money.”

One of the people that wanted his money was Dorice Donegal Moore, who started a company with him before quickly withdrawing $1 million from the company’s accounts and going on holiday. He disappeared, with family at first thinking that he’d just grown tired of the hangers-on. In actual fact, he had been murdered by Moore, who raised the suspicions of his family by sending them texts from his phone even though he was illiterate. She also paid people to say that they had seen him, including offering his own son $200,000 to tell the police that he had seen him.

Police eventually caught her after she had tried to pay someone to move the body and offering someone $50,000 to say that they had murdered him. For Morgan, therefore, winning a car and AU$250,000 could have been so much worse. Though his health was never great after the heart attack, he had a home of his own, a car and a fiancee, rather than people trying to take his money and even going so far as to murder him. As he said himself, sometimes you just need to smell the roses and appreciate the sun beating down on your face.

Previous Post: « What Is Betting Behind in Blackjack & What Is the Etiquette?
Next Post: How Betfred Saved Great Leighs Racecourse (Chelmsford City) from Closure »