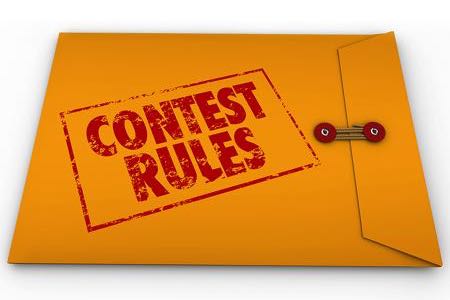 It is believed that around 70% of British adults play the lottery every year, which equates to around 45 million people. Whilst that might be the number that buy a ticket and keep their fingers crossed that they’re suddenly going to see their life changed for the better, the number that actually know the rules around the lottery is much smaller. It is not as if there are rules and regulations that you’re likely to fall foul of at any given moment, but there have been rules in place for the lottery since it was introduced that have changed from time to time.

On that front, we’re talking about the likes of how many balls are involved in the draw now compared to when it first launched in the United Kingdom in 1994 and how many prizes you can win. The lottery has also had a name change over the years, which doesn’t technically count as a change in rules but does make a different in the sense of what the game is like now compared to when it first started being played. In recent years, there has also been a change to the minimum age requirement for the lottery, as we’ll explain.

The First Set of Rules for the Lottery 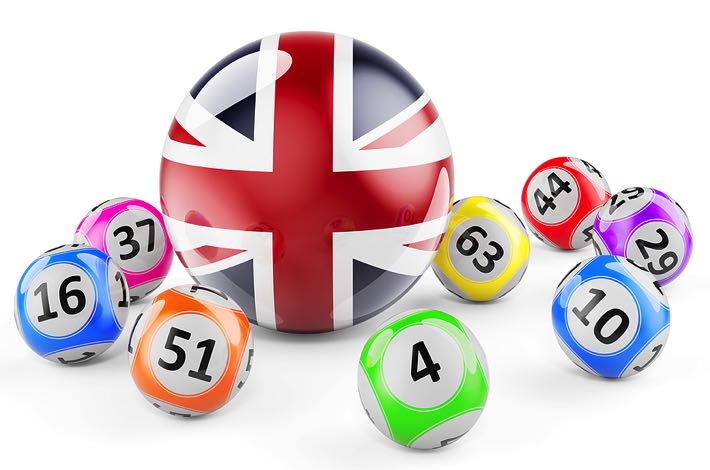 When the lottery was introduced to the United Kingdom in 1994, the rules were relatively simple. There was one National Lottery draw, which took place on a Saturday night and cost £1 to enter. There were 49 balls entered into one of the machines, with players having to correctly guess which six balls would be drawn. For the first draw, the jackpot stood at £5,874,778 and a £10 million computer randomly selected the winning numbers, with the associated balls running down the track into a display rack.

In the end, there were seven winners of the first ever lottery draw, winning around £840,000 each. About 22 million people watched as 18-year-old Deborah Walsh pressed the button that got the balls rolling, with numbers 3, 5, 14, 22, 30 and 44 being joined by the bonus ball number 10. Players had to be aged 16 or over in order to be involved with the National Lottery, with prizes ranging from £10 to tens of thousands. Here’s the breakdown of prizes, what you needed to do to win it and how many people did in that first draw:

Things remained pretty much the same for the National Lottery in the months and years that followed the first draw. Indeed, there wasn’t a major change to the way that the Lottery worked until February of 1997, at which point a second draw was added to the week. The rules surrounding this second draw were the same as with the third, up to and including the fact that the same balls from 1 to 49 were used in the draw. This was seen as controversial at the time, with many advocating that they should be from 51 to 99 instead.

This was because many felt that they would have to play the lottery both days, fearing that their numbers would come up on the day that the decided not to play it. This was a theory espoused by the Labour Party, hoping to avoid a scenario in which problem gamblers developed. A number of problems were believed to have stopped this from being the case, however, including the need to produce new lottery slips, a change to the central computer software and new sets of balls being required.

With the addition of the midweek draw came another big change to the way that the lottery worked: the rollover. If the jackpot wasn’t won in one draw then it would rollover to the draw, rather than the next associated day. In other words, the lottery not being won on the Saturday would mean that the jackpot would roll over to the Wednesday night draw, then rollover to the next Saturday draw if it wasn’t won then and so on. This obviously began to result in some impressive jackpots being available for players to win. 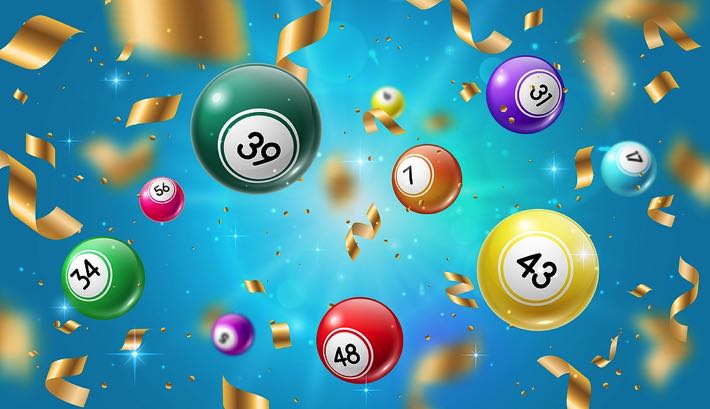 By 2002, the National Lottery had somewhat lost its lustre. Sales had fallen and Camelot, the company responsible for the running of the lottery, decided that a rebrand was needed in order to kick-start interest in the prize draw. The first thing that happened was that the name of it changed, shifting from being the National Lottery to become the Lotto. Even though the name and look of the lottery had changed, the actual draw remained pretty much the same for a few more years.

Indeed, the next major changes to the way that the Lotto worked came about in October of 2013. That was when Camelot announced that it would be doubling the price of a ticket, making it £2 instead of £1. There had been small changes before that, such as the fact that a quadruple rollover, if it wasn’t won, would result in the jackpot being shared between any tickets that matched five numbers and bonus ball. The increase in the cost of a ticket was a much bigger change, though, including larger jackpots.

It wasn’t just the price of tickets that changed, with prizes also altering. Here’s a look at what happened that year in terms of the shift in prize money:

Whilst the prize amount for three and four balls went up, the amount you’d win if you matched five balls or five balls and the bonus ball dropped. This obviously caused some controversy, especially when considering that the management of Camelot still received large bonus payouts. There was, however, a new Lotto Raffle that was introduced, with at least 50 winners of £20,000 every time a draw was made. 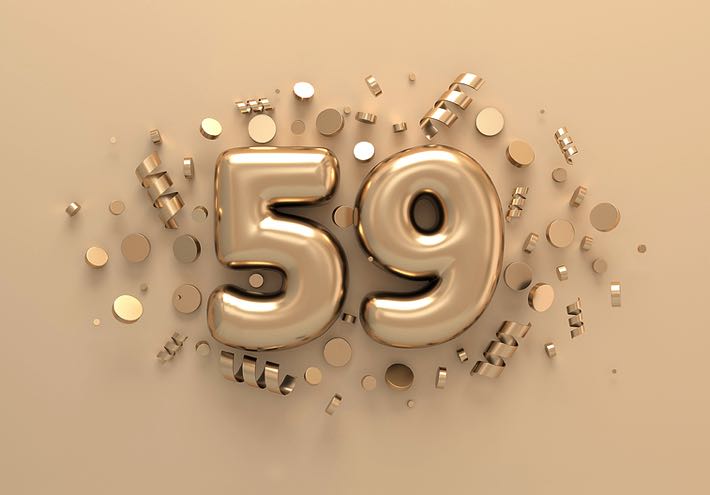 The next major change to the Lotto came in October of 2015. This is when Camelot decided that the number of balls used for the Lotto draw would increase from 49 to 59, making it much more difficult to win. When 49 balls were used for the draw, the chances of winning were one in roughly 14 million. When the increase to 59 balls happened, this shifted to become one in roughly 45 million. Despite this, Camelot claimed that the new rules would actually increase the chance of winning a prize of some sort.

In addition to the usual prizes, the new-look Lotto saw a £1 million raffle winner introduced alongside the winners of £20,000. The average jackpot was believed to increase by about three times, whilst players who matched two numbers won a free Lucky Dip ticket for the next draw. The cost of the draw remained the same at £2 per ticket, with the chance of winning a prize of any kind moving from one in 54 to one in 9.3. The changes were made in order to ‘keep the game fresh’. Here’s how many people won what during the first draw with 59 balls:

The change in rules also saw the limit to the maximum number of rollovers removed, with the size of the jackpot being capped instead. The cap was set at £50 million, which was thought to be reached after about 14 draws. Once it hit £50 million, there was another draw and if that wasn’t won then the next draw would see the jackpot shared out between the winners of the next prize category.

In January of 2016, the Lotto reached its £50 million cap. One more draw took place, which boasted a record jackpot amount of £66 million, which was shared between two people, each winning £33 million. That August, Camelot decided to reduce the cap to £22 million, meaning that when the jackpot hit that figure it would roll over one more time before the jackpot would be shared out between winners of the next prize category if it wasn’t won.

In 2018, even bigger changes were introduced. Prior to then, all prize levels for matching four balls and up varied depending on the number of winners. From the 21st of November 2018 onwards, each prize level was given a fixed amount of winnings. In order to make this possible, the Millionaire Raffle was ended, though the £2 cost of tickets remained and so did the fact that the draw used 59 balls instead of the 49 balls used originally. Rollovers were limited to five from then on too. The changes saw the following guaranteed prizes introduced: 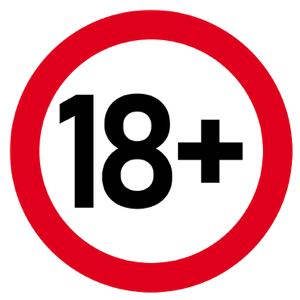 In many ways, the changes introduced to the Lotto in 2021 were the most significant ever. Rules introduced by the United Kingdom Gambling Commission meant that the minimum age requirement to play the lottery increased from 16 to 18. That was put in place for both the various lottery draws and the purchase of scratch cards, as well as for instant win games on the National Lottery’s website. The changes were seen as necessary by campaigners, such as Clean Up Gambling’s Director, Matt Zarb-Cousin. Speaking on the matter, he said:

Britain is the only country in the world that allows children to gamble. The loophole that lets under-18s buy lottery tickets has been exploited to peddle rapid instant win games to children, which act as a gateway to harder forms of gambling.

Zarb-Cousin suggested that the instant win games were more equatable to online casinos than lotteries. It obviously reduced the number of players of the National Lottery, but given the push for the protection of younger people in the world of gambling, that was never likely to be seen as a bad thing.

Previous Post: « What Do Disqualification, Retirement & Did Not Finish (DNF) Mean in F1?
Next Post: The Changing Face of Darts: How Has the Game Evolved Over the Years? »