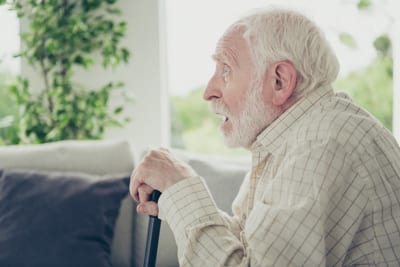 Winning the lottery is something that we all dream of. When the jackpot has rolled over to the point that it reaches double figures even those that don’t buy a ticket will allow themselves to daydream about what they’d do if they were given such an exceptional wealth. The humdrum of most people’s daily lives means that fantasising over how to spend their millions helps them to escape the mundane, even if only briefly. Not all winning amounts are so enormous, however. Some can simply just enhance the every day. Yet we’d all be absolutely delighted if we won.

You can perhaps understand, then, why some people might make the decision to steal someone’s winning ticket, even if you can neither condone nor approve of it. If people are willing to steal from a shop, then stealing a lottery ticket worth hundreds of thousands if not millions of pounds is small potatoes. It’s not right and you wouldn’t do it yourself, but perhaps in your heart of hearts you can admit that you can understand why the temptation became too much for some. Here’s a look at some examples of stories of people allowing pound and dollar signs to fill their eyes and do the unthinkable – claim someone else’s winning lottery ticket as their own.

How Camelot Prove You’re a Winner

In the United Kingdom, Camelot can help you to prove that you’re a winner even if you don’t have your ticket any more. In 2016, a winning ticket was sold in the Worcester area and was worth £33 million, but nobody came forward to claim it initially and so the lottery organiser began to put out publicity in the area to try to and encourage people to come forward and claim their prize.

Under National Lottery rules, claimants have one hundred and eighty days to come forward with their winning lottery ticket and make a claim, but if you happen to lose or damage your ticket, then you need to submit a claim to Camelot in writing within thirty days of the draw. That was what Susanne Hinte of Worcester did, for example, saying that she’d put her ticket into the wash by accident.

The only people Camelot are able to know for sure are legitimate winners are those that have bought their ticket online or via the company’s mobile phone app. There is no system for people to give their names and details when buying a ticket in a shop as that would remove any possibility of them remaining anonymous if they had a winning ticket, with the majority of winners refusing the chance to go public on their victory. If money goes unclaimed, then it is put towards projects around the UK that are funded by the National Lottery.

The Shopkeeper in Norfolk Who Tried to Claim More Than £150,000 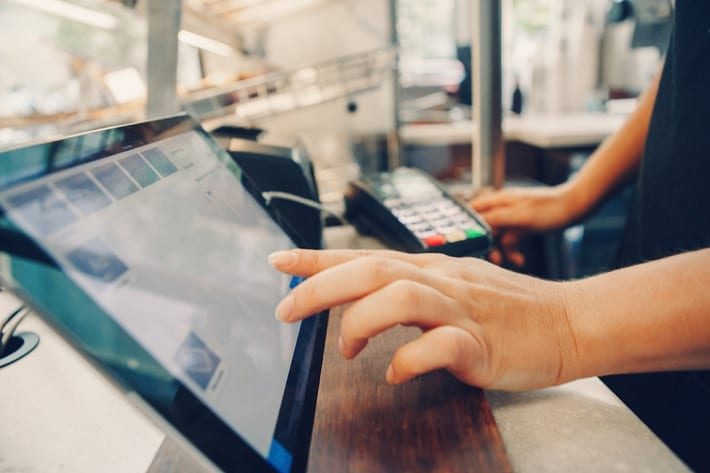 Gwyn Badham-Davies was a regular customer at his local newsagents, usually popping in to buy groceries and his Lotto ticket. When he went into the shop on the 25th of June, 2011 to buy a ticket with his numbers and a Lucky Dip, he thought it also made sense to ask thirty-eight-year-old cashier, Anne Jeevarajah, to check his ticket from the previous week, too.

Badham-Davies had actually bought the ticket from a local Tesco rather than at the village shop, but the fact that you can check your ticket anywhere meant that he thought he’d see if he had won anything whilst he was there. The machine flashed up that he’d won £156,000, but Mrs Jeevarajah declined to tell him and kept hold of the ticket. She later told her husband, Alfred Jeevarajah, about the win and he decided to call Camelot and attempt to claim the prize for himself.

The company was suspicious because of the delay in the prize being claimed, so when it was then revealed that Mr Jeevarajah was a shopkeeper, they chose to launch an investigation into the matter and informed police of their suspicions. The police immediately told Badham-Davies not to go into the shop and the seventy-three-year-old found out his ticket was a winner when Alfred Jeevarajah told him in the wake of finding out that the police and Camelot were looking into the matter. At trial, the couple’s defence lawyer referred to their decision to keep the ticket for themselves as a ’momentary succumbing to temptation’.

The result of their cheating was a fourteen-month jail sentence each, whilst Mr Badham-Davies eventually received his £156,000 payout. He did say that the entire thing had left him disappointed and ruined his village life, as he’d liked using the shop on a weekly basis and enjoyed an ongoing friendship with the girls who worked there.

The Great-Gran Who Was Nearly Conned Out of £1 million 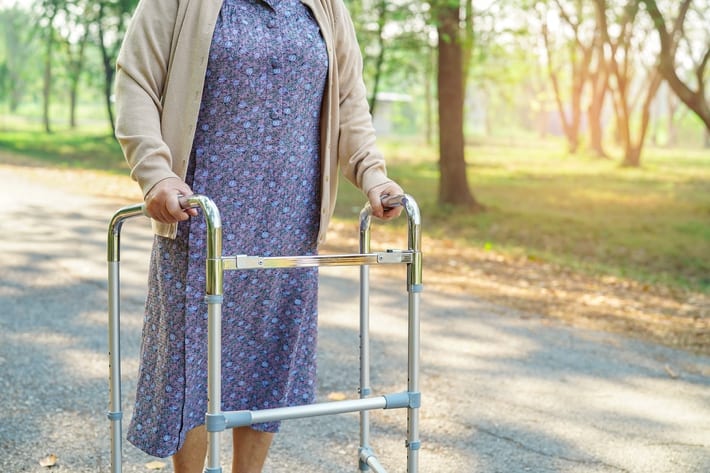 A year after Mr Badham-Davies’ unfortunate run-in with the Jeevarajah family in Norfolk, a great-gran in Oldham found herself in a similar situation. Seventy-seven-year-old Maureen Holt, in an interesting reflection of the Badham-Davies case, had bought her ticket at a Tesco store and then went in to her local Best One shop and asked the shopkeeper to check the ticket for her.

Farrakh Nizzar was immediately informed by the machine that the ticket was a winner, but decided to tell Mrs Holt that it wasn’t a winner and she had no reason to question him. The shop manager, known as ‘Lucky’, then decided to call Camelot and claim the ticket as his own. He aroused their suspicion when he was unable to answer questions about where the ticket was bought and when.

An investigation by the lottery organisers soon revealed that Mr Nizzar was a shopkeeper trying to claim someone else’s ticket as their own. They called the police and got in touch with the Tesco where the winning ticket was bought, tracking Mrs Holt down because she’d claimed Clubcard points on her purchase. Holt, a mum of seven children, was able to claim the prize money for herself and her husband, who had been continuing his work for a security firm at the time of the win but was able to retire thanks to the £1 million prize amount.

The case was part of the reason why Camelot decided to introduce a ‘win alert’ onto their machines, in order to prevent shopkeepers from refusing to tell punters that they had a winning ticket. From October 2012 onwards, machines made a ‘winning noise’ so that ticket owners would know that they had won a prize when someone scanned their ticket for them. Nizzar, who was an illegal immigrant who had overstayed his time in the UK, had attempted to go on the run when he discovered he’d been found out but was caught by police.

He wrote a letter of apology to the Holts, but the judge in the case was unconvinced and Nizzar was jailed for two-and-a-half years before being sent back to his native Pakistan after his sentence was complete. As well as the chime confirming a winning ticket has been scanned into the lottery terminal, Camelot used this case in order to urge customers to get the retailer to print the winning numbers so they can check themselves instead of relying on the honesty of shopkeepers.

Roommate Who Stole $10 Million Ticket from Friend Whilst They Slept 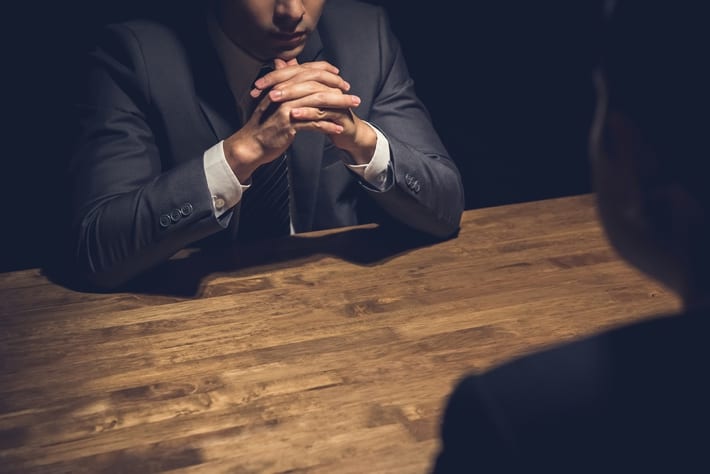 The victim in this particular story asked not to be named, but the entire thing started when they went to the Lucky Grocery Store in Vacaville, Sacramento and purchased a $30 scratch-off ticket. He thought he had won $10,000 and told his roommates about his win when he went home. The following day he attempted to collect his winnings but found out that it was not only not a winning ticket but looked as though it had been altered in some way. He immediately called the police, informing them that he thought his roommate might have swapped it.

The following day one of his roommates, Adul Saosongyang, went to the Sacramento Lottery District Office himself and attempted to claim the prize money, which it turned out was not worth $10,000 but rather $10 million. It was when the district office began their standard investigation into the matter that they realised that there was more to the story, travelling to the Lucky Grocery Store in order to check the video footage of who purchased the ticket and being informed that it was suspected as having been stolen. The Lottery Investigator then started working with the Vacaville detective to get to the bottom of the matter.

Saosongyang was asked to head into the Lottery’s District Office in Sacramento in order to collect his winnings from the ticket but instead he was arrested for Grand Theft. The winner wasn’t able to collect his prize immediately as the company needed to carry out administrative investigations. Adul Saosongyang, meanwhile, pled not guilty to the accusation of stealing the ticket in a pre-trial motion at Solano County Superior Court. 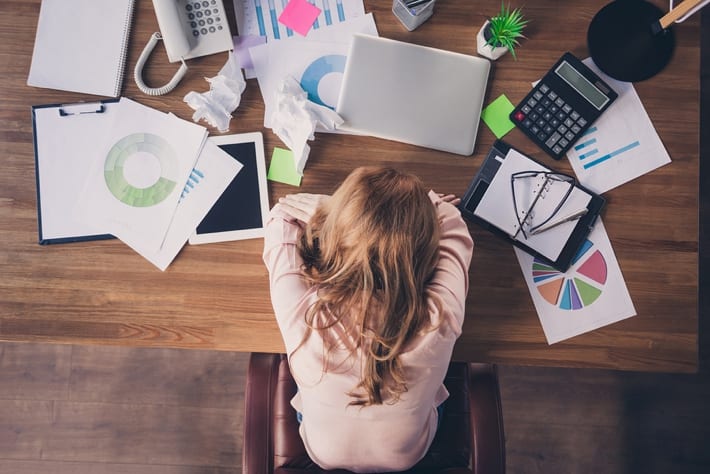 Whilst the most obvious stories of stolen tickets involve hundreds of thousands of pounds, if not millions, even smaller prizes can cause the most desperate to do the unthinkable. That was the case for a women in Chester, South Carolina, who bought a scratch-off ticket and discovered that was worth $500 in prize money. She told her friends at work and then left the card unattended for a few moments when she got a phone call that she had to take. When she returned from her call, she realised that the winning ticket had been stolen.

It is recommended that you sign the back of a winning lottery ticket in order to prove that it’s yours and stop it from being stolen, but the anonymous woman didn’t have a chance to do that before it was whipped away from her by someone that she thought was trustworthy. What she did have the foresight to do, however, was to call the lottery and inform them that her winning ticket had been stolen. The following day a man and woman turned up at Bob’s Food Mart with the winning ticket in Richburg, attempting to claim the prize. The machine flashed up that the ticket was stolen and so they left without any winnings.

A detective recognised the pair from CCTV footage and when they were tracked down, they informed him that a man named Willie Jones had asked them to pick up the winnings for him because his car was broken down and he couldn’t make it to the store to do so himself. They had no idea that the ticket was stolen but Jones was charged with lottery fraud and given a bond of $5,000. The lady whose ticket it was, meanwhile, has declared that she won’t tell anyone about any future wins. 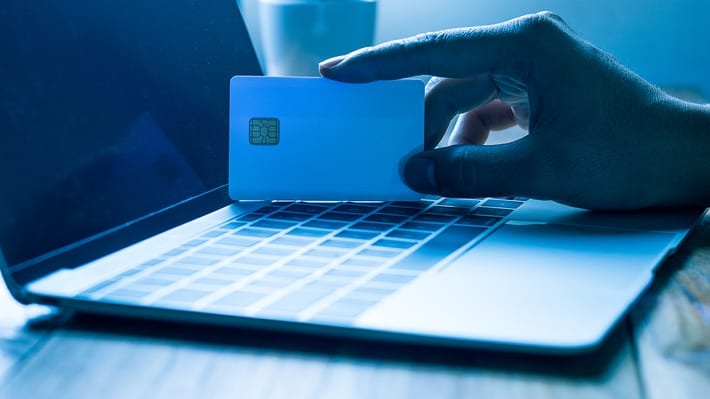 In a slight twist on this story, a thirty-three-year-old woman in Canada bought a lottery ticket that turned out to be worth around C$50,000, which is the equivalent of around £29,000. The problem was that it was bought with a stolen credit card and the Atlantic Lottery Corporation only pays out on tickets that are bought legally.

The ticket’s purchaser was identified from CCTV footage after police were following up on a stolen wallet report and discovered that the credit cards had been used to obtain lottery tickets at a store in Newfoundland. The Royal Newfoundland Constabulary arrested her when she was on her way to the lottery office to claim her winnings, charging her with two counts of possessing a stolen credit card and five counts of fraud.

The unpaid amount went to the Atlantic Lottery’s unclaimed prize account, which allows it to be used for future prize amounts.

Previous Post: « The Biggest Bookmaker Mergers & Acquisitions of the 21st Century
Next Post: House Raffles: Are They Legal & Has Anyone Actually Won One? »