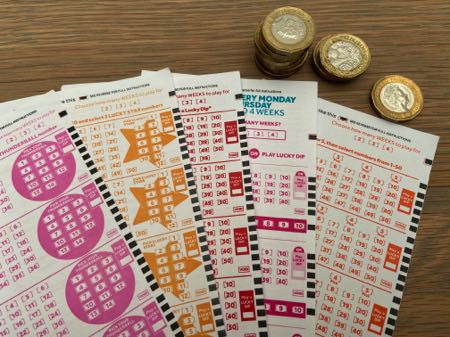 When it comes to the National Lottery, how to pick numbers to play is the toughest decision that most people will face. After all, there’s nothing that you can do to influence the outcome of the draw, so picking the numbers that will represent you is the main consideration. That the lottery offers people the option to simply choose a ‘Lucky Dip’ can make things easier for the indecisive, but it feels less personal.

Many people have a feeling that some numbers are ‘lucky’. Whether it be numbers that are personal because of birthdays or anniversaries or simply numbers that have a meaning to the player, they want to believe that there’s more chance of winning if they select those numbers and stick to them whenever they play the lottery. Is there an actual logic behind opting for one option over the other, though?

The Problem With Choosing Your Own

Everyone likes to believe that they are unique. In many ways, of course, they’d be right. Unless you’re an identical twin, no one looks like you or sounds like you; there’s something that makes you you and no one else shares that. One thing that you can’t keep to yourself, however, is a link to particular numbers. Thousands if not millions of people will have been born on the same date as you, or in the same month.

Picking numbers because of their link to you thanks to the date on which you got married might seem to be lovely and romantic, but it also limits your chance of winning big when it comes to the National Lottery. That’s not because they’ll never come up; any number and order of numbers has the same chance of coming up as any other. Rather it’s because of how many other people will also share them.

If everyone who was born on the 17th of September 1982, for example, chose to play 17, 9, 19, 8 and 2 along with a sixth number that bore a meaning to them, then the prize would be split up into quite small chunks of all of those numbers came in one week. There’s also the fact that opting for personal numbers means that the higher numbers on the lottery tend to be picked less often, with dates stopping at 31.

But It Has Some Positives 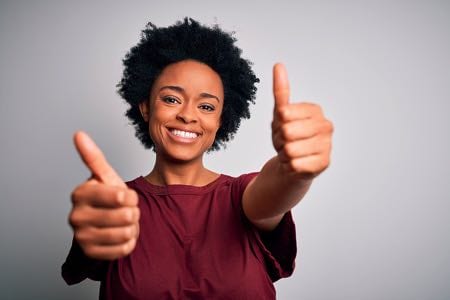 Whilst picking your own numbers is a problematic experience, it would be untrue to suggest that there’s nothing good about it. Perhaps the most important thing is that it will be a selection of numbers that are personal to you. That can be for better and for worse, as explained above, but they will be numbers that matter and you’ll therefore always remember what they are when it comes time to fill in a lottery ticket.

Nowadays, the National Lottery is big business, with the company behind it giving people the ability to pay for their tickets by direct debit. The good news with that is that it allows people to put their ticket on and then forget about it, with the money to pay simply disappearing from their bank every month. The downside is that that allows it to become something that just happens, without much of an engagement to it.

If you’re playing a Lucky Dip every week then that is especially the case. You have no personal investment to the numbers and wouldn’t even know if your numbers had come up if you sat and watched the balls being drawn. After time it will doubtless shift from being something that you do in the hopes of winning to being something that you barely even notice is taking place unless you get an email saying you’ve won a prize.

The Benefits of Opting for a Lucky Dip

Whilst choosing your own numbers adds a sense of the personal to proceedings, there are definitely benefits to opting for a Lucky Dip instead. For starters, it’s far less likely that you’ll have to share any winnings with anyone else if the six numbers that are on your ticket have been generated completely by random. You’re also more likely to have higher numbers than if you pick the numbers yourself.

There are also a score of hard luck stories when it comes to people that have always picked their own lottery numbers. The benefit of doing so has already been discussed, but the method also has a downside. If you know the numbers that you play then you’ll know whether or not they were winners when you see the draw results, irrespective of whether or not you’d actually bought a ticket for the draw.

Sometimes it’s not entirely your fault that you didn’t buy a ticket, as discovered by Edwina and David Nylan. The Nylans used the National Lottery app in order to purchase their ticket and thought that they’d won win excess of £35 million when their numbers came up. Unbeknownst to them, the purchase of their ticket hadn’t gone through properly and they didn’t have an entry in the draw.

Having initially attempted to purchase the ticket, they were unable to do so because they only had sixty pence in their account. They thought they’d added money to the account when they tried to purchase another ticket, but neither the adding of the money nor the purchasing of the ticket were successful. It meant that they didn’t get to take home a penny, even if it had been their numbers that had come up.

Whilst the Nylans’s attitude had been to say that they were ‘gutted’ but couldn’t do anything about it, not everyone reacts to missing out on millions of pounds in such a sanguine manner. In 1995, for example, Timothy O’Brien committed suicide when he thought his numbers had come up but that he’d forgotten to renew his ticket. The National Lottery was a young thing back then and O’Brien misunderstood what had happened.

The tool-room worker had agreed with a colleague to do a box each week when the draw was £1, paying 50p each and splitting any winnings. They always played the same numbers of 14, 24, 33, 38, 42 and 47. When he saw the result, O’Brien somehow thought the ticket was a winner in spite of the fact that it didn’t have numbers 17 and 22. Thinking it was a winner, he was distraught to see it had expired a week before.

O’Brien, who had been married for 26 years, was so distressed that he shot himself in the head. It came after attempting to contact his friend several times to explain the ticket’s expiration. As if that wasn’t tragic enough, the four numbers that the ticket would actually have had if he’d renewed it in time would only have returned was about £54, or £27 each, not the £2.7 he thought he’d won.

It’s Not Just Chosen Numbers That Cause Trouble 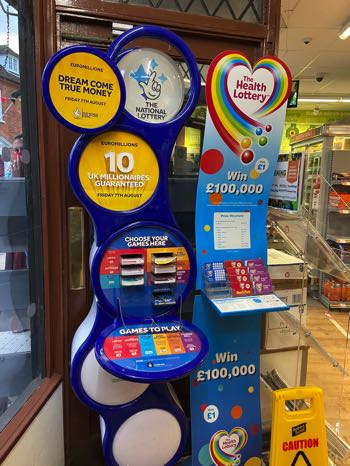 The problem with numbers that you’ve chosen for yourself is that the likelihood is that you’ll always remember them, even if you don’t have a ticket. When the winning numbers come up on the news or in the paper, you’ll quickly have a sense of whether or not you’d have won a big prize, even if you stopped buying a ticket years before. Indeed, you might feel that you can never stop buying a ticket just in case.

Yet it’s not just tickets with personal numbers that can result in trouble being caused. In March of 2018, for example, Nathan Moody was told by the person working behind the till in a store that he’d won a big cash prize. As they scanned his ticket, they erroneously said that the machine reported that he’d won a sum that was too large to be paid out to him there and that he’d need to contact the National Lottery.

As Moody began to dream of taking his family on their first foreign holiday, he wondered exactly how much he’d won. He knew it wasn’t the millionaire raffle, but wondered if it was as much as £20,000. Because it was a Lucky Dip, he didn’t know what his numbers were and had no way to check, so he simply had to wait. When he did eventually get the ticket scanned, it was revealed that he’d won another Lucky Dip.

The error came about because his ticket was initially scanned during what the National Lottery call a ‘draw break’, which is a period in the immediate aftermath of the draw when the company works out the prizes that will be paid out. The message that actually appeared on the terminal will have read, “Results not in. Return ticket to player and tell player to check another day”, but he was given false information.

What Are the Stats?

All of the above helps to explain why picking a Lucky Dip over your own numbers makes sense from a point of view of considering the variables, but what do the actual stats say? After all, you can hear as many stories about people forgetting to buy a ticket with their numbers before they can up as you want, but if 95% of all winners have come from people selecting their own numbers then you’ll probably stick with it.

In actuality, however, the stats suggest that you’re more likely to win the National Lottery if you opt for a Lucky Dip over your own numbers. Whilst you might believe that you’ve come up with a system for picking the winning numbers, if it is indeed a system that you’re using then there’s a very real chance that someone else will be using it too. Just 11% of jackpot winners have struck gold with numbers that they’ve stuck to.

Meanwhile, 53% of all winners have achieved their success thanks to the purchase of a Lucky Dip ticket. That means that more than half of the winning tickets on National Lottery draws have been created at random by Camelot’s own Lucky Dip system, which suggests opting for anything else is reducing your chance of winning. It’s especially unlikely that your own numbers will provide you with a win all to yourself.

The Odds Are Against You 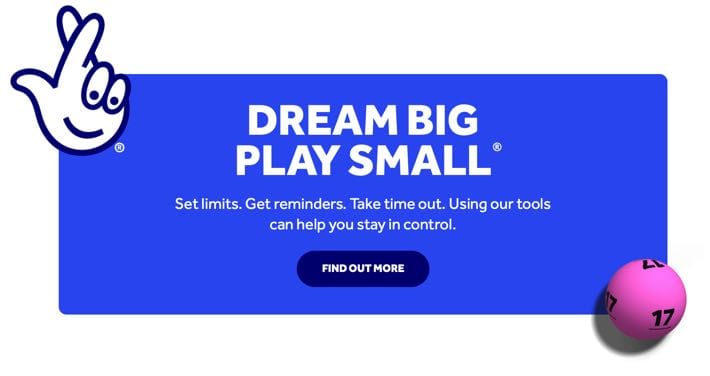 People win the National Lottery. That is an unquestionable fact. Whether it be the EuroMillions, the Lotto or any number of other draws that Camelot have cooked up over the years, people can potentially win huge amounts of money. It doesn’t happen every week, however. The move to 59 balls instead of 49 saw the chance of winning the lottery shift from 1 in 13,983,816 to 1 in 45,057,474.

The other important thing to remember is that previous draws have precisely no influence on what happens next. As Dr John Haigh points out:

It doesn’t make a blind bit of difference how many times you have tried a particular set of numbers. With every draw, the probability of all six coming up is always the same: 1 in 45 million. Whatever you do, the numbers come up entirely at random. The odds are the same.

There are some people that will forever pick the same numbers, convinced that one day they’ll come up. At the start of each draw, they have as much chance of winning with their carefully selected numbers as someone who threw darts at a board. In fact, picking numbers like 1, 2, 3, 4, 5 and 6 has as much chance of winning, though the prize will be less as so many people choose to do exactly that.

Previous Post: « Microgaming Bingo Network to Close in 2020
Next Post: The Monday National: How an IRA Bomb Threat Affected the 1997 Grand National »