It’s a simply enough concept to understand: a football has been removed from a photograph of a match and all you need to do is identify whereabouts it was before it was airbrushed out. Do so and you can win all sorts of interesting stuff, from cash prizes through to supercars. As with most things that seem simple, though, it rarely actually is. That’s why so many companies are willing to use Spot the Ball as the game of skill that participants need to take part in in order to qualify to be potential winners.

What complicates the matter further is the fact that the actual location of the ball before it was removed from the picture is irrelevant. In most Spot the Ball competitions you’re actually trying to identify the location that a panel of experts have decided that the ball is located in. You’re not just looking at the picture and trying to decide where the ball might have been, therefore, but you’re also trying to get into the mindset of the expert panellists to see if you can think like they do. Manage to do it and all sorts of riches could come your way.

The entire process starts with a photo being taken of a football match. The photo obviously has to contain the football and the one that is used for the competition will have several players all looking in slightly different locations.

Perhaps there’s a striker who has headed the ball, so his eyes are closed, being challenged by a defender more interested in the location of his opponent than the ball. The goalkeeper might also be there, jumping to try to cover space.

It sounds easy enough, but the combination of a challenging picture as well as the result of the ball’s location being decided by experts means that it’s actually very difficult. It is a method of awarding prizes uses by numerous different companies, as well as the Pools who came up with it in the first place.

The Football Pools began in 1923 when three friends from Manchester began it out of an office in Liverpool. Named the Littlewood Football Pool after one of their surnames, very few people were interested in it originally.

One of the trio, John Moores, had faith in it, however, so he bought out his two partners and persisted. It worked well for him, given that it had become a roaring success by the end of the 1920s and he became a multi-millionaire.

As the years passed, Littlewoods did more and more to keep people interested, coming up with new things, such as the Treble Chance in 1946, and in 1957, Pools collectors came in, allowing the company to expand around the rest of the United Kingdom.

In 1973, they introduced a new idea, when Spot the Ball became one of the most popular things for people to do. Families would be gathered around the kitchen table, trying to decide where exactly the X should be put before sending off their coupon. At its zenith, around three million people played Spot the Ball, or about five percent of the population.

What Happened to Spot the Ball?

In the modern day, only around fourteen thousand people play the official Spot the Ball game, with most of them being based in the north-west of the country. How, then, did it go from being a game that millions of people got involved with to being virtually non-existent compared to more popular games? After all, most top-flight football grounds can welcome at least double that number of people through their doors for a match.

The simplest explanation is that the National Lottery was launched. It came into being in 1994 and Spot the Ball virtually fell off a cliff after that. Whilst the odds of winning the lottery are much higher than those of correctly managing to Spot the Ball, the prizes are also significantly better. A EuroMillions jackpot could hit as much as one hundred and sixty million pounds, whereas the Spot the Ball jackpot sits at £250,000.

Whereas the National Lottery allows the prize to rollover from one week to the next, Spot the Ball doesn’t. That means that the prize remains the same and it struggles to gain the same level of attention from the press and punters as the National Lottery. At the time of writing, no one has managed to get the exact centre of the ball since 2004 when a grandmother named Irene Robertson did it. Even so, as much as £16 million has been won in prize money since then, so it’s not as if it’s been a complete waste of time for people playing it.

In 2004, not long before the most recent winner of the full version of Spot the Ball, Littlewoods decided to take the game interactive. They began to allow people to play an instant version of the game online, bringing it into the twenty-first century in a suitable. manner. The new version allowed people to win £250 instantly if they manage to identify the location of the ball in one of the instant games offered.

When the online version was introduced, people were allowed as many as twenty-five selections per photograph at 25p a go. Nowadays that has shifted to mean that it costs 20p a go and there’s a minimum spend amount of £1 per time, with the maximum prize having been extended to £500. If you get closest to the centre of the ball then you get £50, whilst the spot second to the closest earns £25. The next fifteen closest guesses get £1 worth of free goes on the next version.

Whilst both the invention of the National Lottery and the move of bookmakers into the online market hurt the Football Pools and its Spot the Ball competition, nothing has yet dealt it a fatal blow. Sportech Plc, which began life as Rodime, bought Littlewoods Pools in 2000 for £161 million, moving virtually the entire enterprise online. Spot the Ball is part of that, still existing and still asking people to guess where the ball is supposed to be.

One of the most interesting aspects of the Spot the Ball competition is whether it is considered to be a game of chance or one of skill. Sportech believe it is the former, so they were refunded £93 million by HMRC, but Her Majesty’s Revenue & Customs appealed the judgement and won, meaning that the money had to be handed back. Sportech took the judgment to the Court of Appeal to argue that they shouldn’t be forced to pay anything back.

Which version of the game it is counted as always dictates whether or not it is betting. If you’re asking customers to guess where the ball actually is in relation to some pre-selected position then it will be counted as gambling and you’ll need a licence to run it. If, on the other hand, it is a prize competition involving an element of skill, then it won’t class as a lottery and won’t need a gambling licence.

Other Versions of Spot the Ball

It’s not just the Football Pools that run Spot the Ball competitions, of course. Given the manner in which it can either be a game of chance or a game of skill, many companies use Spot the Ball as a way of operating competitions without having to have a licence for doing so from the Gambling Commission. Spot the Ball is therefore used in numerous different ways by intelligent companies wishing to essentially offer a lottery without actually doing so.

One such example comes from BOTB, which began trading in 1999 and gives people the opportunity to win supercars and classic card, as well as cash equivalents for currently identifying the location of a football in a photograph. The company often uses photos from amateur matches that took place in Ireland in order to ensure that people are unlikely to have watched the game or seen it on television. They also use former footballers as their ‘expert panel’ to decide upon the location of the ball, which is what makes it a game of skill.

People can pay as much as £20 per guess and as little as 90p, with the more someone is willing to pay resulting in entry into a competition for a more expensive prize. William Hindmarch founded the company and since its launched has given away in excess of twenty million pounds worth of prizes. Winners can choose to either take the car, including insurance for a year, or opt for a cash alternative. The cash amount is usually the cost price of the car, so is slightly less than it would cost you to buy the car on the open market. 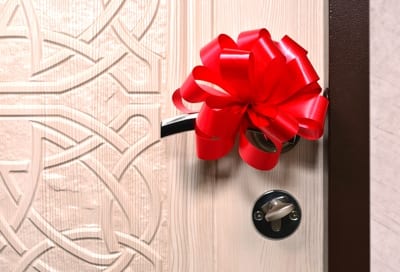 People have also used Spot the Ball competitions as a way of selling their house when they’ve been unable to reach the asking price that they were hoping for. In 2005, for example, Daniel Bloy put his house on the market but had just one offer on it. He didn’t want to reduce his asking price for the property, so instead he offered people £25 tickets for a Spot the Ball competition, the winner of which would take his flat mortgage free.

It’s something that has long been common in the United States of America, with charities often getting on board with property developers in order to offer new homes as part of a raffle. It’s a risky thing for players to do, of course. There’s every chance that you’re buying tickets for something that the seller doesn’t have the right to give away, which is what happened when David Roberts sold £500 tickets for his £400,000 house only to have it repossessed by the bank.

In other instances, people have failed to sell the number of tickets that they’ve wanted to cover their costs, resulting in having to either give away the game at significantly below market value or else turn to the small-print of the offer to say that the house would not be given away if not enough tickets were sold. It has happened before and it will doubtless happen again. Yet for many, such as Mr Bloy, it is a good way of selling their home and ensuring that they get what they want for it.