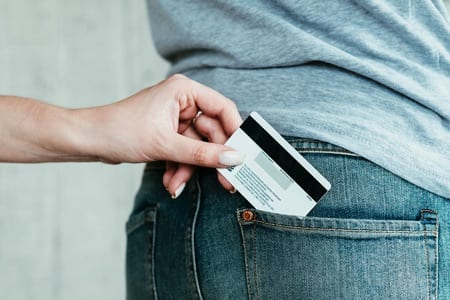 Whilst Mark Goodram and Jon-Ross Watson didn’t rob someone with the specific intent of buying a lottery ticket, that’s exactly what they did. When the scratch card they’d bought came up trumps, they thought they’d won £4 million only for Camelot to refuse to pay out because of how the ticket was bought. What followed was a fascinating case we’ll tell you about here.

Mark Goodram had come out of prison just a short amount of time prior to buying the winning lottery scratch card. He had twenty-two criminal convictions to his name prior to the incident, including a sixteen-week sentence for bank card fraud in Darwen, Lancashire. That came prior to an eight-month spell in jail for stealing from a garage.

Thirty-six at the time, Goodram’s ex-girlfriend, Shelley Birtles, reportedly ‘laughed her head off‘ when she discovered that Camelot was refusing to pay out the winnings from the ticket. She described it as ‘karma’ for his past behaviour. Having dated Goodram for two years, Birtles is perhaps better placed than anyone to make a statement regarding his personality.

Birtles believed that Goodram should be forced to give money back to ‘everyone he has stolen from’ if he was given the money by Camelot. The perpetrator’s ex did have good reason for celebrating his misfortune: she said that he’d spent just twenty minutes with Lexi, the pair’s daughter, so what she said perhaps needed to be taken with a pinch of salt.

Certainly the two men behind the case were far from angels; Jon-Ross Watson appeared on a list of Bolton’s Most Wanted numerous times prior to the 2019 lottery incident. Thirty-one at the time of the incident, he made the list in 2017 after failing to appear over a burglary offence. Also a father-of-one, Watson felt that Camelot were in the wrong over the incident. 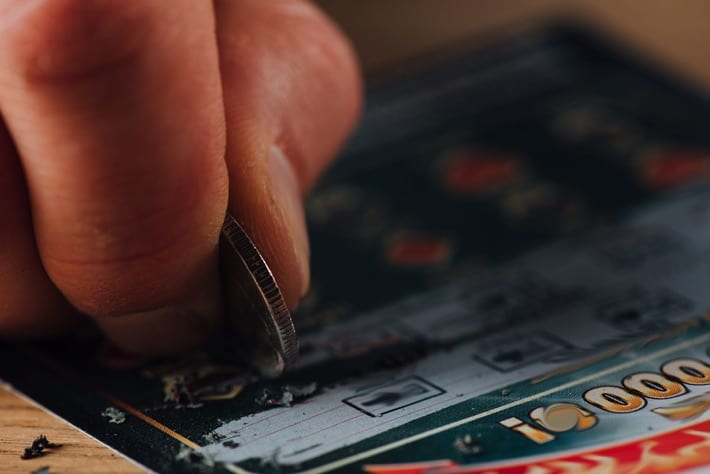 The exact details of the case are somewhat sketchy, given that the pair involved claim that their win was entirely legitimate. What we can tell you is that a scratch card was bought from a Waitrose supermarket on Easter Sunday of 2019 in the Clapham area of south London. That card turned out to be a winner, with a £4 million prize.

Whenever anyone makes a claim to Camelot, the company behind the National Lottery and associated scratch cards, they carry out security checks in order to ensure that the claim is genuine. It’s why it is recommended for people to sign the back of the tickets so as to avoid the possibility of it being stolen and claimed by someone else.

As they carried out their checks, Camelot discovered that the scratch card was bought in the upmarket supermarket by someone using a debit card. Ordinarily this wouldn’t be too much of an issue, but it soon transpired that neither Goodram nor Watson had bank accounts in their name and therefore couldn’t have bought the ticket with the own debit cards.

Upon being confronted with this information, the pair initially claimed that they had bought the scratch card with ‘loose change’. When it emerged that Camelot knew that it had been bought with a debit card they then changed their story, saying that their friend John had bought it for them with his debit card, but couldn’t provide any information about ‘John’.

When asked, they were unable to give his surname, the address of where he lived or even his telephone number. What they did say was that ‘John’ had moved ‘up North’ and wished to remain anonymous rather than get involved with the publicity. Whilst not impossible, it is an unlikely story; especially as ‘John’ lodged no claim to the £4 million prize money.

Believing that they had won £4 million with their lottery scratch card, Goodram and Watson understandably decided to celebrate. They borrowed money from friends after informing them of their lottery win, going on a four-day bender around London. They used the borrowed cash to buy Champagne, take out huge sums of money from banks and pose for pictures.

This included photographs posted to social media of the pair fanning out wads of £50 notes. The celebrations couldn’t last forever, of course, and when the money ran out they began to come back down to earth. That included looking for the kindness of friends who put them up, but those friends soon lost patience and Goodram claimed he was homeless within a week.

The Paid Brought in a Lawyer

In the weeks that followed Camelot’s denial of the winnings, Goodram and Watson decided to hire a lawyer in order to take the lottery organiser’s to court over the issue. He then got in touch with the National Lottery and presented them with a deadline of the 4th of June 2019 to give the pair their winnings, but the deadline passed without a payout.

He then contacted a national newspaper and told a story of clients who have had difficult lives. He said that they had been ‘open and upfront’ about the fact that they had grown up in care homes, having struggles throughout their lives. That included ‘previous substance misuse problems’ that they had worked hard to overcome.

It was clear that Henry Hendron, the solicitor, was going to make the case about class. He said, “Camelot is in effect holding my clients ransom to their past”. He also accused the lottery organiser of being ‘culturally racist’, saying that they were being held to levels of scrutiny that they wouldn’t do ‘if the person who claimed the prize spoke in a posh accent’.

The Lawyer Had a Past of His Own 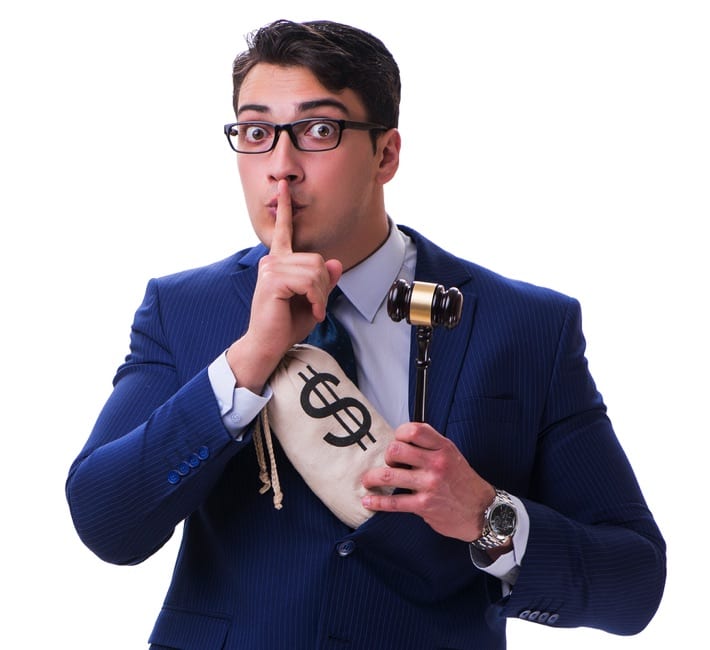 The story took another turn for the bizarre when details about the lawyer’s own past emerged. Henry Hendron was a junior barrister and tenant of Stand Chambers when he appeared in court over six counts of drug offences. He was represented by his twin brother Richard, who was also a junior barrister in the same chambers.

The reason for the court case was that Henry Hendron’s boyfriend, Miguel Jimenez, died from an overdose of drugs taken in London’s Temple legal chambers. The waiter was eighteen-year-old at the time of his death. He was eventually sentenced to one hundred and forty hours of unpaid work, as well as given an eighteen month supervision order after pleading guilty to some charges.

The junior barrister had represented a number of high-profile clients before taking on the case. The likes of Member of Parliament, Nadine Dorris, former Apprentice winner, Stella English, and the Earl of Cardigan had all used his services. He charged £250 for a consultation and £1,750 per day prior to his arrest, having been seen as a ‘rising star of the legal circuit’.

It’s fair to say that the story didn’t really need any more twists, but there was still one more to come. In June of 2019, a man claiming that it was his ticket that was used to buy the winning scratch card came forward and said that he should be given the £4 million winnings by Camelot. The company’s reasoning for not paying out was that the ticket was bought ‘without the card owner’s consent’.

Once his existence became public, Watson reportedly said that he’d be willing to do a deal with the cardholder in order for them both to get a share of the winnings. Watson and Goodram said that they had his permission to use the card, but he denied that that was the case. They said that he’d allowed them to do it after they paid his bill for a brothel. 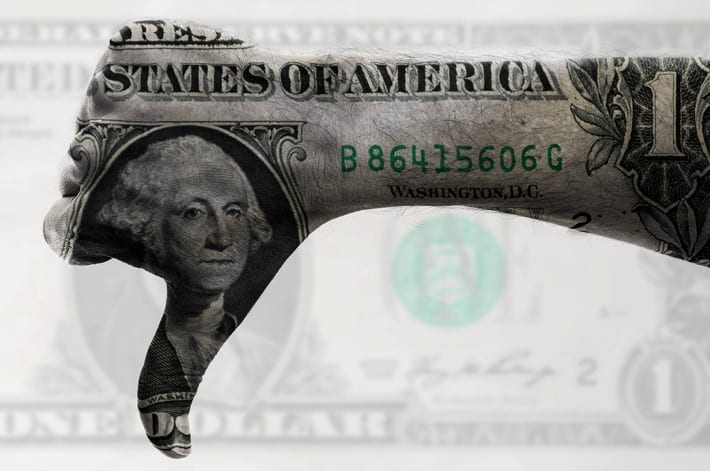 Camelot denied the claim to the £4 million from the very outset of the case, in spite of the fact that Camelot said that ‘thorough investigations’ were carried out on all lottery wins in order to ensure that there was no doubt about the validity of any claims. They said that the onus in the case was on Goodram and Watson to prove that ‘they used the debit card with the account holder’s authority’, which they were unable to do.

In the weeks following the pair’s claim being denied by Camelot, Watson was convicted of assaulting a restaurant manager after he threw a ladle filled with hot cauliflower cheese at his head. He paid £100 damagers to the manager and a £200 fine in order to avoid any further jail time, meaning that his need for the lottery cash increased further.