Everyone who has ever bought a lottery ticket will have dreamt of winning millions; after all, why else would you play if not for hopes of taking home the biggest prize? Of those that have been involved with playing the lottery over the years, some have come up with nefarious means to attempt to help them take home huge amounts of money at the lottery organiser’s expense.

That’s not to say that those nefarious means have always been illegal, of course. The best example of this occurred in 1992 when a secret syndicate attempted to buy enough tickets to cover every possible combination of results, thereby winning the jackpot of around £1.7 million. It wasn’t illegal, but it also wasn’t in the ‘spirit of the game’. So, how did they do it?

The Omens That Led Them To Try It

The mastermind behind the attempt to buy every possible combination of lottery tickets was an account named Stefan Klincewicz. Cork-born and of Polish descent, he joined forces with twenty-seven other people to create a syndicate that was hoping to win big. The reason that they had decided to go for it that weekend was that it wasn’t just the main jackpot that was on offer.

The National Lottery had decided to award a £100 prize to all of the people that matched 4 numbers. This meant that those with Match 3, Match 4 and Match 5 tickets would win money, but the Match 4 folks would win even more. The play to buy every possible combination of numbers would likely result in a number of Match 4 winning tickets in the process.

It was seen by the syndicate as being a ‘blunder’ by the National Lottery, so it was only right that they strike whilst they stood to make more money than ever. It also helped that the Lotto hadn’t been won for two weeks, meaning that the jackpot stood at £1.7 million, meaning that there was a good chance that the syndicate could make a decent net win. 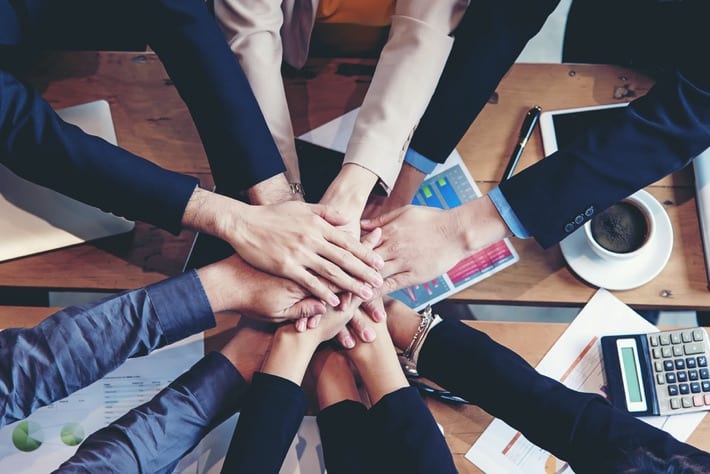 Whilst not all of the names of the syndicate members will ever be known, what we can tell you is that it was well-financed. He turned to gamblers that were used to spending large sums of money on favourites with short odds. They began to give him blocks of money ranging from £5,000 to £100,000, believing that they would be likely to receive a thirty percent return.

One member of the syndicate spoke to John Martin at the Irish Independent in the aftermath of the sting. He said that he only knew around eight other people who were involved. He also said that he wasn’t shouldering the burden of his stake on his own, having split it with several friends. He wondered whether others had similarly ‘hedged their bets’, making the syndicate even bigger in reality.

Whilst we can’t tell you much about the other members of the syndicate, we do know a bit about Klincewicz. He had been in a syndicate before, joining Paddy Mulligan and eight others in a syndicate for Scruffy Murphy’s Bar in Dublin, which had won £2,439,760 in April of 1990. It was Europe’s biggest lottery win at the time and those behind it were treated like celebrities.

The plan that Stefan Klincewicz came up with for his own syndicate was a relatively simple one. He and his syndicate would buy as many lottery tickets as they could, spending £973,896 in the process. They would try to ensure that they bought a ticket with every possible combination of winning lines, but Klincewicz also had a plan in place for if they didn’t manage to do that.

He worked out that there were 1,945,792 possible combinations of numbers at the time, which would have been too time consuming to cover. As a result, Klincewicz decided that the syndicate would buy what he decided were the most likely combination of numbers first, leaving the least likely until last. At 50 pence per ticket, that would cost £973,896.

This was based on a mathematical formula that he had worked out, viewing the balls that came out most often compared to those that were selected randomly the least amount of times. It was a combination of ‘brute force attack’ on the Irish Lotto’s system and mathematical genius, putting the syndicate in a position where it was best placed to win as much as possible.

The National Lottery Attempt to Thwart the Plan

Whilst Klincewicz’s plan might have been a solid one in theory, the practice of it was quite different. For starters, he and his syndicate members had to arrange for the buying of a large number of lottery tickets; more, in fact, than the National Lottery tended to see be being bought from the shops and newsagents that used to be licensed to sell them.

The result was that red flags started to pop up on the company’s system as it became clear that tickets were being bought at huge rates. Terminals that had previously been taking in about £1,000 a week for the Saturday jackpot game were suddenly taking in £10,000 and more for the weekend’s draw. The National Lottery’s Abbey Street headquarters in Dublin took note.

Of course, there was nothing that they could really do about people buying lots of lottery tickets and, in many ways, it was good for them if people were spending money on tickets. Yet it was also felt that something wasn’t quite ‘right’ about what was going on, so vendors were told on the Friday afternoon to only sell ‘200% of a ten-week average of Lotto sales’.

The aim was to stop newsagents and shops from taking large amounts of lottery coupons if their normal Lotto business was only a fraction of that. A member went into one shop on the Friday afternoon looking to buy £5,000 worth of tickets. The National Lottery gave the go-ahead when the shop owner called them, but by later in the day similar amounts were being refused.

How the Syndicate Responded

The syndicate responded by organising ‘runners’, who were given large sums of money to go and buy tickets in different shops around Ireland. Rumours soon began to emerge of newsagents pulling down the shutters of their shops in order to allow syndicate members to work around the clock in getting their coupons into the machines.

The National Lottery responded by shutting down certain machines, which was something that the syndicate had not foreseen. It ‘took them by surprise’. Ultimately, they didn’t hit the £973,896 target that would have meant every single combination having been bought, but they did manage to purchase £820,000 worth of tickets, or eighty percent of the target.

The night of the draw, syndicate members around Ireland will have glued to their televisions to watch The Pat Kenny Show on RTE. A representative from the National Lottery appeared on the screen and read out the winning numbers, which the syndicate had covered on one of its tickets. The members began to celebrate, believing that they’d pulled it off.

Things soon made a turn for the worst, however, when Ray Bates, the head of the National Lottery at the time, gave them news that they desperately didn’t want to hear. Two other winning tickets had also been bought, one in a Dunnes Store in Finglas and the other belonging to a syndicate in Newbridge, Co Kildare. Each ticket was worth £568,682.

Bates said that the actions of the syndicate was ‘legal, but not in the spirit of the game’, receiving corresponding cheers from the watching audience. TD Gay Mitchell later said that the syndicate should be the subject of a Revenue Commissioners’ investigation, though this never actually ended up transpiring.

A public relations executive with the Lottery at the time, Dave Curtlin, said that the £100 Match 4 prize was intended to be a way of ‘giving back to the public’ from winnings that had gone unclaimed in the past. He said that they were ‘aware of the risk’ that someone might abuse the gesture, explaining the animosity between the Lottery and the syndicate.

It was an animosity that carried on when Stefan Klincewicz and another syndicate member named Paddy Kehoe turned up at Lottery headquarters to pick up the cheque for their winnings. They were soon informed that all of the members of the syndicate would need to sign a letter that would indemnify the National Lottery if others were to claim to be part of the syndicate.

A solicitor named Brendan Liddy was acting for the group and wasn’t impressed. He said that it would take a long time to contact all members and that signing such a letter would mean that the syndicate would take on any responsibility for legal complications instead of the National Lottery. In the end, the group did receive its payout.

There remains some debate about exactly how much that payout ended up being. Klincewicz claimed that the addition of the various Match 3, Match 4 and Match 5 prizes took their total winnings to £1,166,000, which was a net win of £310,000 before expenses and costs were taken out of the total amount. It’s likely that the group broke even rather than made a fortune.

Certainly the group weren’t treated with the same sense of adulation that the group from the Scruffy Murphy Bar had received two years before. There was no meal thrown for them at Polo 1, nor were they invited to London or asked to appear on the Derek Jameson show. Instead, their own real lasting legacy was what the Lottery did next. 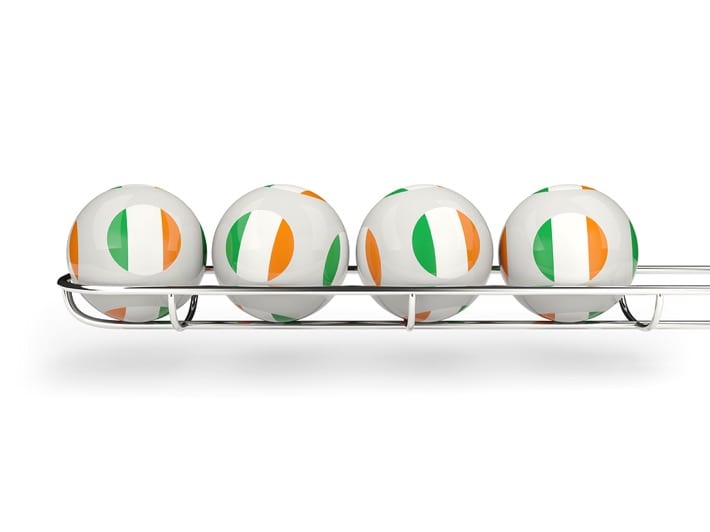 As far as the syndicate was concerned, there were no repercussions to speak of. As mentioned, what they did might not have been within the ‘spirit’ of the National Lottery, but it was certainly not illegal. Even so, the organisers of the Lotto in Ireland used the syndicate’s attempts to ‘buy all the tickets’ to change the way in which the game was run.

The nature of a lottery that requires you to select six numbers from a possible thirty-six means that it is always open to the potential of a brute force attack, such as that instigated by Klincewicz and his team. That was especially the case when the cost of a ticket was 50 pence per line, meaning that it would cost half of the 1,947,792 possible combinations to try it.

As a result, the National Lottery in Ireland moved to a thirty-nine ball game later in 1992, immediately changing the odds of winning it to one in 3,262,623. They also doubled the starting jackpot and introduced a Bonus Ball element to the game. In 1994, the odds moved to being over one in five million when it was a made into a six from forty-two game.

As for Klincewicz, he continued to make the Lottery his area of expertise. He moved to the Rathfarnham are of Dublin and set up other companies that aimed at winning the National Lottery and, later, the EuroMillions. He is the syndicate manager of one such company, MegaLotto. They tend to attempt it via far more conventional means than the 1992 syndicate, though.