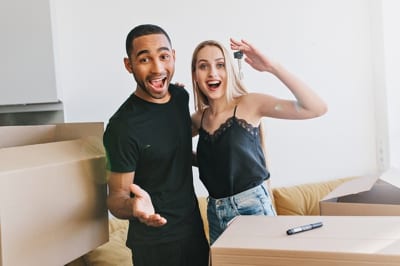 The housing market is one of trickiest to get involved in nowadays. The seemingly ever-increasing price of houses makes it incredibly difficult for young people to even dream of owning their own home unless they’re in a really well-paid job, with more and more people being forced to rent as a result. It’s not because renting is cheaper than owning, with a 2018 study suggesting that the opposite is actually true, but rather that the average deposit is more than £51,000 and that’s simply too far out of the reach of most people that haven’t inherited money or got a high wage.

The fact that people are struggling to buy conversely means that someone else is struggling to sell, so there’s a requirement to think outside the box a touch in order to shift properties. That is perhaps part of the reason for the ever increasing trend in house raffles, where people sell raffle tickets for their home. The obvious questions that come up when you’re looking at such a topic is just how legal it is to do, whether or not anyone has been caught out by it and who started it in the first place. A slightly trickier question to answer is whether or not anyone has ever won such a raffle, given that the raffle itself is well-publicised but the end result is not.

What Is a House Raffle? 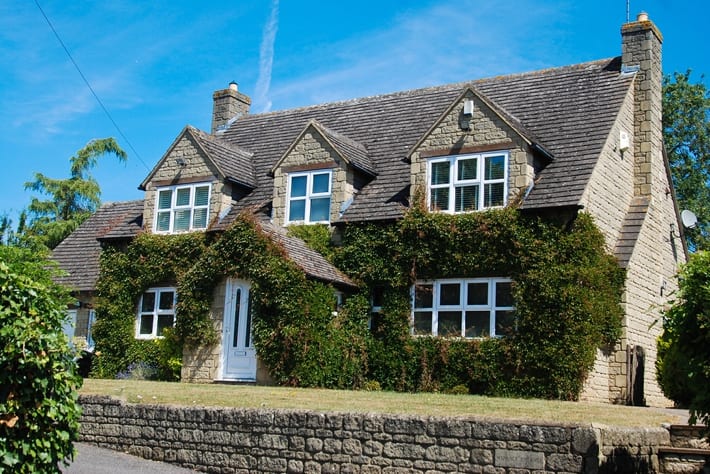 Before we look too in-depth at how it all started and any famous examples of actual winners, it’s worth explaining exactly what we’re talking about. The house raffle craze involves people putting their houses up as the prize in a competition, usually offering the dwelling for a small amount such as £5 or £10 per ticket.

That would give you a minimum of £200,000 in money, not including the taxes and fees that will need to be paid out. You can obviously decide that you need to sell twenty-five thousand tickets, which would give you £250,000 in money at the end of it and presumably enough to make a small profit as well as paying the associated fees, etc. As you’ll see, though, it’s slightly more complicated than that.

The House That Started the Craze 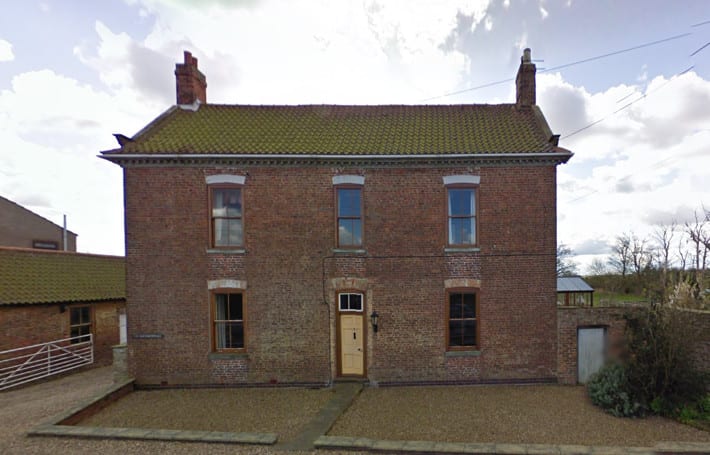 It’s difficult to put an exact date on when the house raffle craze first started, but it’s likely that the first one to be sold in that manner was a Georgian mansion that stood in East Yorkshire and was owned by Alf and Kath Overy. They had put the property on the market in 2006 with an asking price of £650,000 but it failed to sell, so they came up with the idea of making it the prize of an Internet competition.

Their hope was that ‘everyone’ would feel that they had a chance of winning the Grade II listed building that was nearly three hundred-years-old at the time, offering twenty-five thousand tickets at a cost of £60 per ticket. That gave a total figure of £1.5 million in ticket sales, with the couple saying that they planned to donate some of the money to the International League for the Protection of Horses, giving the competition a charitable edge.

Obviously there were certain fees that had to be deducted from that total, but it was still well in excess of the £650,000 that it went on the market for in the first place. Even that price was more than they had originally expected, with Mr Overy declaring them to be ‘staggered’ when that was the figure estate agents recommended they put it on the market for. They had bought the house twenty-four years earlier for significantly less money, restoring it and adding modern conveniences over the decades that followed.

The house still had all of the beams and original woodwork from when it was first built. The value of the home as well as its age meant that it was a bargain for whoever won the competition for the price of a £60 entry fee. That’s to say nothing of the seventeen rooms within the Old Parsonage, as well as the three acres of accompanying land. The Overys themselves kept four horses, three goats, two cats, a flock of chickens and a dog at one point, so the house was more than big enough to accommodate whoever won it. Whether anyone did actually win or not is unclear, but it was back on the market with a guide price of £525,000 within a few years. 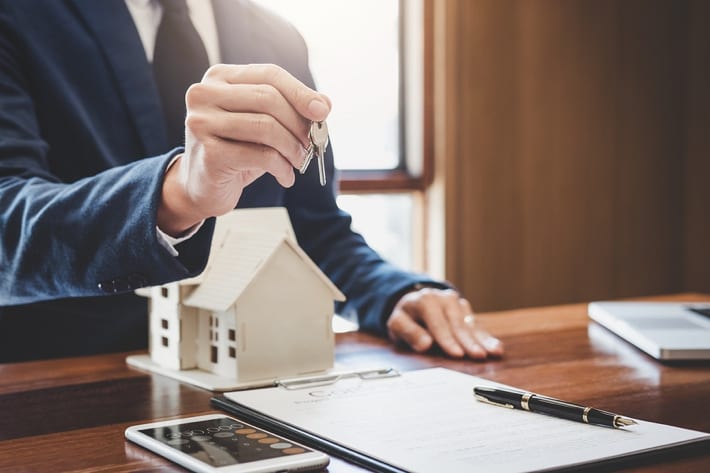 This is, to put it simply, a bit of a grey area. For starters, it’s a touch misleading calling it a ‘house raffle’. If those running such contests sold tickets and then drew one of them at random then the Gambling Commission would class that as a lottery. That might not sound like much of a distinction, but lotteries require specific licenses that must be granted by the UKGC, which cost money and aren’t dished out willy nilly.

The increase in frequency of that type of competition led the Gambling Commission to consider its position on the matter and investigate them on a case by case basis. Indeed, in 2017 the Gambling Commission’s Intelligence Unit looked at twenty-six different house lottery cases and only decided not to take further action in six cases. It was a similar case the following year, with twenty-nine such competitions looked at and only seventeen being deemed to be suitable by the UKGC.

The majority of lotteries cannot be run for commercial or private gain and even then they tend to only be allowed if they’re for a good cause. They are subject to laws and rules that make then safe for the public to enter. The problem with the less trustworthy operators of house raffles is that they are offering them in prize competitions or ‘free’ draws that the Gambling Commission has no control over. As a consequence, they’re unable to offer advice on whether a given competition is safe and legal to enter.

The Couple That Had to Refund the Tickets Sold

As proof of what we’re talking about, it’s worth having a look at the case of Robert and Avril Smith who lived in a four-bedroom Victorian home in Grosmont. The pair put their home, which has a swimming pool, up for sale originally but when their daughter passed away from cancer in 2015, they changed their mind and decided to offer the house as part of a competition, with the aim being to raise money for Cancer Research UK.

The competition was shut down by the Gambling Commission on New Year’s Eve 2018, however, because it was deemed to be a lottery and the couple didn’t have a license to operate one. That meant that it wasn’t a legal competition and the couple were unable to offer either their home or a cash alternative as a prize. The couple offered full refunds for the £10 tickets once the Gambling Commission had made their decision.

Has Anyone Ever Actually Won a House? 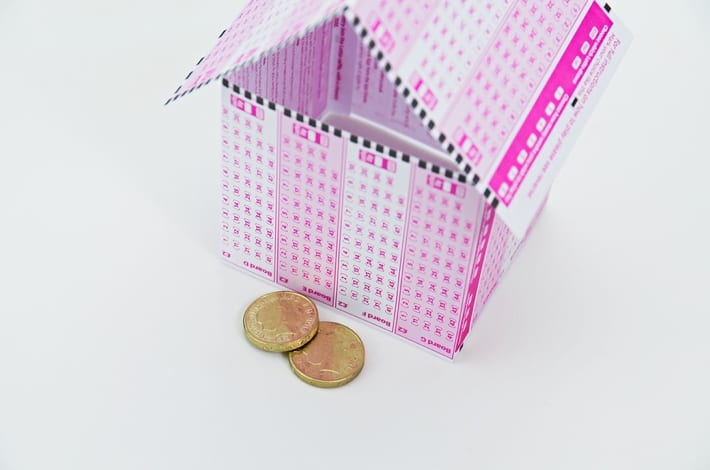 Perhaps the most important question that people considering entering one of these raffles might want an answer to is whether or not anyone has actually won a competition that saw them receive a house or property as a prize. Plenty of them close without finding a winner, often because not enough raffle tickets were sold.

One such example of a winner can be found in the case of a twenty-three-year-old woman who won a farmhouse worth more than half a million pound after buying a £2 raffle ticket. Having opened a help-to-buy ISA to save for her first house, it was a dream come true for Jemma Nicklin.

The cottage had been put on the market by Mike Chatha for £545,000 but failed to sell, resulting in the owner’s decision to offer it as a raffle prize. Three hundred and forty thousand raffle tickets were sold, with the prize including the stamp duty and £1,000 in legal fees. There was also a second-place prize of £5,000 for whoever generated the most social media sales.

Miss Nicklin missed the call to tell her that she’d won, having bought two tickets for the prize. Her boyfriend bought five tickets and her parents bought ten, all hoping to win the seventeenth century townhouse in Shropshire. Known as Shrubbery Farm House, the sale of raffle tickets also gave Mr Chatha and his wife Linda enough money to donate some to charity.

Another example of a house raffle competition actually being won by someone occurred in 2017 when Marie Segar won an eighteenth-century house that was worth £800,000. She bought the ticket for just £2 in a competition run by its owner, Dunstan Low. He bought the property for £435,000 in 2014 before spending around £150,000 refurbishing it.

When the house wouldn’t sell for its £800,000 asking price, Low decided to offer it as the prize in a raffle, selling around four hundred and fifty thousand tickets for £2 each to raise more than £900,000. Of that, the Low family donated £30,000 to the St. John’s Hospice of North Lancashire who decided to add the title of the Lady of Melling to the winner as part of the prize. Segar bought twenty tickets at a cost of £40, being dumbstruck when she received the phone call to say she was the winner.

The Grade II listed house boasts views of both the Yorkshire Dales and the Lake District, as well as a garage with enough room for six cars, a cinema room and a ballroom. Instead of moving into the property Segar chose to rent it out for £1,500 per month, meaning she’d pick up around £18,000 per year to add to her wage as an office worker. Quite how Low felt about that was unclear, with the previous owner declaring at the time that it would make a ‘perfect home’ for the right family. Once he’d sold it, of course, it was no longer his choice either way.

The Cheshire Home That Ended Without a Winner

In 2018 the owners of Burton Hall in Cheshire decided to raffle their home off in a prize competition that included the following:

In order to avoid the tricky problem of whether or not it was a lottery the owners made it a skill game by having players guess where on a grid picture a polo ball was located. Whether it was the skill nature of the game or not it’s difficult to tell, but the couple ended up finishing the competition in April of 2019 without having sold enough tickets.

The terms and conditions of the competition declared that if not enough tickets were sold then there would be a cash prize for whoever’s name was drawn out of the hat. The cash prize amounted to the total fees received by the competition’s runners minus any reasonable administrative costs and transaction fees. In the end, Lise and Andrew Aitken were declared to be the winners.

Previous Post: « Stolen Lottery Tickets & The Winners Who Nearly Missed Out
Next Post: What Happened To All Of The Dog Tracks in London? »