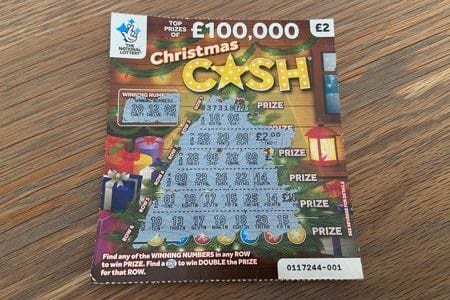 Though there might well be a small minority of people who buy a scratch card hoping to win a small prize, the majority of people will be dreaming of finding a card that boasts the jackpot. Whether it be £1 million or £50,000, scratch cards can potentially offer those that get lucky an impressive sum of money, so it’s no surprise that they’re such a popular thing for people to purchase, perhaps whilst getting their groceries or picking up a newspaper.

What a lot of people may not realise is that there is nothing against organisations, such as the National Lottery, continuing to sell scratch cards even after the jackpot has been won. The fact is that many cards will still be in circulation with small prizes available, so selling them is not, in and of itself, misleading. Some might argue, however, that it is hugely misleading to sell cards that advertise a jackpot that can no longer be won, no matter how many you buy.

Scratch Cards with No Jackpots Can Still Be Sold

Hard as it is to believe, the National Lottery and other organisations are allowed to sell scratch cards that are advertised as having a large jackpot even after said jackpot has been won. For many, this seems somewhat contradictory. How can a company be allowed to sell a card that promises large sums of money as a jackpot when said money can’t actually be won any longer by the person buying the scratch card.

Many feel that the National Lottery promoter, Camelot, who are responsible for selling scratch cards, are misleading punters by still selling the cards in the wake of a jackpot win. Scratch cards produce around 158 million winners every year, with Camelot claiming that that amounts to five winners every second. Obviously, how big the prize on offer is depends entirely on the scratch card that you’ve chosen to buy, but the jackpots can range from £5,000 to £4 million.

It’s Legal to Sell Them, But Is It Right?

Given the extent to which the appeal of such games will be reduced for people if they knew that the top prize had already been won, there’s an argument that Camelot have a duty to either remove them from sale or work harder to advertise the fact that the card has seen its jackpot won already. The question that many people will need to ask themselves is whether spending £1 or £2 to win a small amount is worth it if they can’t win the jackpot.

There’s certainly a moral question for organisers to answer. Many think that Camelot should look to overhaul its processes in order to withdraw scratch cards that have had their main prize won, replacing them with cards that have a big prize on offer. Some would argue that a scratch card with a top prize of £4 million that actually can’t be won would be a case of false advertising, so why is it ok for them to still be on sale?

It’s a Difficult Call for Camelot

Camelot point out that what they’re doing is not illegal. It is perfectly ok for the company to continue selling the scratch cards even after their top prizes have been won. This isn’t a legal question, however, but a moral one. On that front, Camelot may well argue that they’re not selling cards that don’t have any prize at all. Instead, one that promises a top prize of ‘£100,000 Cash’ can still result in £5,000 being won, which isn’t a bad return for a relatively small investment.

There’s also the fact that it’s just as possible for someone to win the top prize on the first day that the cards are on sale. Given that they cost money to print, should Camelot simply take the hit of them withdrawing all of them from sale because the jackpot has been won? What of the smaller prizes, that many people would be delighted to win? Should they just be scrapped because the top one is no longer available? It’s a tricky call for organisers to make.

As an example, there were 15,995,000 cards printed for the £1 Million Monopoly Classic game, with just four top prizes available. Had those four top prizes been won within the first million cards being sold, should the other nearly 15 million of them have been recalled and turned to pulp? It’s not an easy decision for those responsible for the games to make. On the one hand, it’s bad that the top prize can’t be won, yet on the other hand, plenty of other prizes still could be.

You Can Find Out If Jackpots Are Still Available

It is important to note that the National Lottery does not hide the truth of whether or not the jackpot has been won on a scratch card that it sells. You can head to the company’s website and find out how many of the prizes are still available at any given moment. Of course, not everyone uses the internet and those that do might well be inclined to buy an online Instant Win game rather than heading to the shop to buy a physical scratch card.

On top of that, doubtless many people that purchase scratch cards do so in a spontaneous fashion, choosing to pick one up when they’re out buying a newspaper, some cigarettes or other such thing. It’s extremely unlikely that they’re going to stop and jump on their phone or tablet, looking up the correct page on the National Lottery website to figure out which card is the best to buy if they’re hoping to win a jackpot prize.

It’s also worth pointing out that scratch cards are famously bad games to opt for in the sense of winning it big. The chances of winning the top prize on a scratch card can be as high as three million to one, so winning isn’t exactly likely. Of course, you stand zero chance of winning a jackpot prize if there are none available, which is why many might wonder whether Camelot should work harder at advertising which prizes can still be won.

A Sense of the Prizes Available

Between the launch of scratch cards in March 1995 and the end of 2011, British punters lost a combined £7.4 billion on scratch cards. That’s because only around half of all scratch card purchases gets returned in prize money, meaning that the idea that ‘it could be you’ is a bit of a joke. Then again, it’s no less outrageous than the one in 139 million plus odds of winning the EuroMillions, for example.

In order to give a sense of how much or how little chance you’d have of winning the top prize on a scratch card, we’ll have a look at the actual availability of jackpots on certain cards at the time of writing. It’s important to note that this information will almost certainly not be relevant at the time that you’re reading the piece, but is put here merely for demonstration purposes. If you want live information then you’ll need to look on the National Lottery’s website.

As you can see from the above selection, there’s a real mix in terms of how many scratch cards no longer have a top prize available for punters to win that remain on sale and those that have plenty of top prizes still available. Even if the top prize was still there to be won on some of them, your money might be better spent opting to buy a scratch card with a much lower jackpot amount because you stand a better chance of winning.

For example, the 50x game has a jackpot of £1 million but there’s only one winning card in circulation at the time of writing. Fruity £500s, meanwhile, costs the same £5 amount to buy but promises 6742 chances to win, so is that a card that you’d be better off spending your money on? It largely depends on whether you’d be happier winning £500 or not winning £1 million but feeling as though you at least stood a chance.

In real terms, at the time of writing the National Lottery’s website indicates that there are 42 different scratch cards available for gamblers to buy. Of those, eight of them no longer have top prizes available. In other words, 19.04% of all available games do not have a jackpot prize for buyers to win, which is close to one in five of the games still be sold in supermarkets and newsagents up and down the country.

What Can Be Done About It? 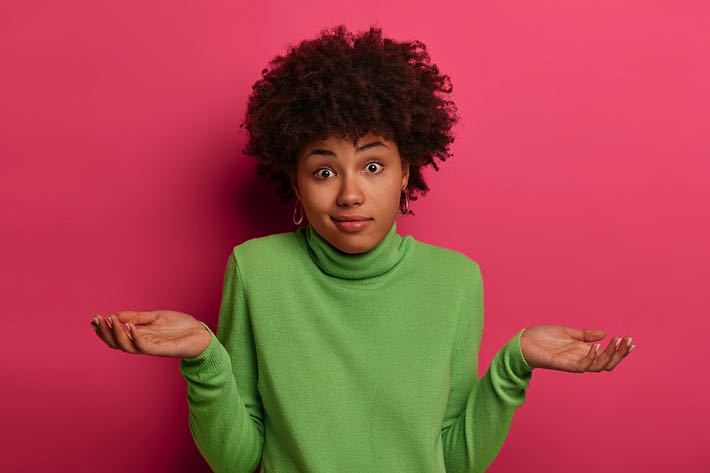 The United Kingdom Gambling Commission lays out a strict code of practice for the National Lottery to adhere to when it comes to the selling of scratch cards, including the process that needs to be followed when a top prize is won. The rules on it say the following:

In other words, a top prize being won on the biggest scratch cards will result in the rest of the cards being sent back to Camelot unsold, unless they’re already in-play in a shop that is licensed to sell them. Can the organisers do any more than that in terms of ensuring that things are as far as they can be? Should they be required to launch an advertisement in newspapers and television stating that the top prize has been won?

It’s likely that Camelot would see such a move as entirely self-sabotaging, pointing to the fact that the organisation does huge amounts of good for charity with the money earned as a reason not to have to shoot themselves in the foot in terms of sales in such a manner. Yet it’s inescapably true that many punters only every chase the ‘big wins’, so the fact that such a jackpot isn’t available to them is something that they feel should be made far more clear at the point of purchase.

Previous Post: « What Happens If No Horse Finishes a Race?
Next Post: What Is the British Home Championship & Who Won It the Most? »