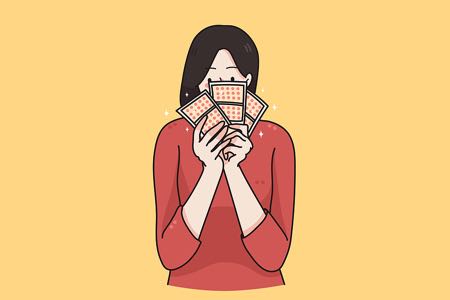 For most people, picking the correct numbers for the lottery would be an absolute dream. Indeed, even winning a smaller prize would be enough for some people to get giddy with excitement, yet few people would ever bother to buy two tickets with the same numbers for the lottery. Whilst it was far from a deliberate choice, that’s exactly what happened to Susan Gray in the United States of America.

Gray, from the US state of North Carolina, thought that she was buying tickets for two separate draws, but actually bought the tickets for the same draw. It turned out to be a stroke of good fortune when her numbers came in and she became the first person to have to share a lottery jackpot with herself. She scooped the top prize of £221,000 in the Carolina Cash 5 draw, being awarded half of it for each ticket. 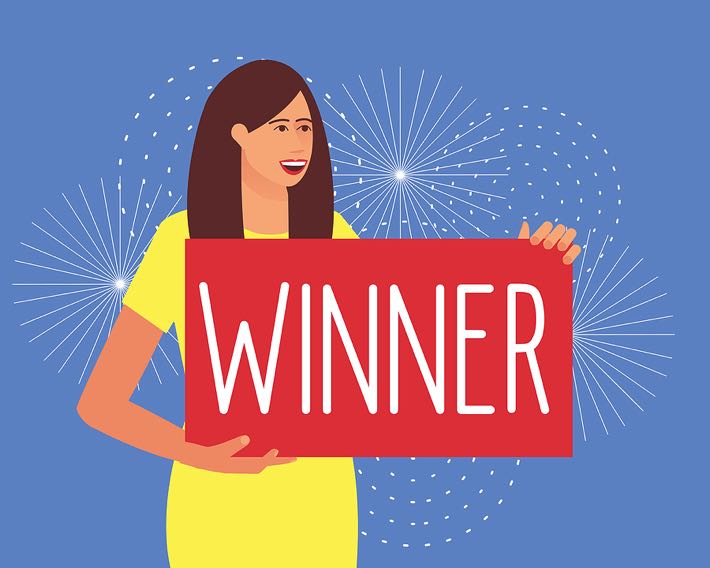 Susan Gray has played the same lottery numbers ‘for years’, basing them around her birthday. When she bought he tickets for the Carolina Cash 5 draw, she said that she ‘thought it was a different draw’ that she was paying for with the second. “It was really an accident that I played both,” she said. “I was really shocked. I couldn’t believe it.” As she went on to be the only winner, she scooped the entire jackpot for herself.

Winning a large amount of money with two tickets isn’t necessarily something new. It’s common for people to but more than one ticket to play the People’s Postcode Lottery, for example, as a winning amount is shared between all people at the same postcode that have bought tickets. One such winner was Sandor Piroth, who won two top prizes of £30,000 each when his postcode in North Northamptonshire scooped a £240,000 jackpot.

The People’s Postcode Lottery is a little different to a normal lottery, however, on account of the fact that you don’t pick your own numbers. Your chance of winning is based entirely on where you live and not the numbers that you decide to play. Buying the same ticket on a number-based lottery is essentially a pointless exercise, which is why Gray made clear that it was never her intention to do as much.

She bought the two tickets for the same draw accidentally, yet it meant that she not only walked away with $305,046 (about £221,000) after taxes, but she also became the first person in the world to share a jackpot with herself. She said, “Those are numbers I’ve been using for years. My birthday.” Obviously she struggled to believe it when she discovered that she was a joint winner with herself of such a large sum.

It Could Have Paid Off

Whilst it was obviously a mistake that worked out in her favour, Gray could have benefitted from her error even more if there had been additional winners of the jackpot. When more than one person has the same numbers, any lottery jackpot is split between the number of winners. Had there been three winning tickets, for example, then each of them would have been worth a little over $100,000 each.

Had that happened in the case of Susan Gray, that would have meant that she would have won $200,000-plus compared to the $100,000 or so of the third ticket-holder. The fact that she was only winner meant that she got the full whack of the jackpot, but in a case when there were other winning tickets she would have been a major beneficiary of her mistake with the duplicate tickets.

That’s not to say that you should buy two tickets with the same numbers for each lottery draw, of course. Given the chances of you winning a lottery are in their millions, you’d simply be paying double the money for a minuscule chance that you’d have some of your winnings taken off you by sharing the jackpot. Depending on the lottery you play, you’re still likely to win millions if you hit the jackpot, even if you end up sharing it.

She Got Lucky with Her Numbers 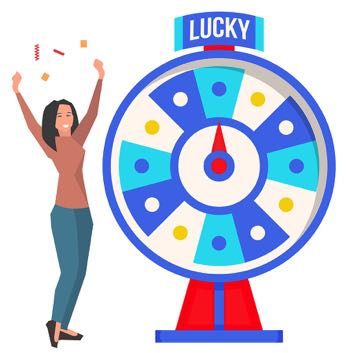 For Gray, the mistake was irrelevant on this occasion. That she could have ended up taking a lion’s share of the jackpot if someone else had also won isn’t reason enough to think otherwise. In the case of the Carolina Cash 5 draw, the chances of winning are one in 962,598, so it isn’t all that surprising that she was the only person to get lucky and hit the jackpot for the $1 draw, which take place every night.

What is surprising is that Gray’s numbers were ones that are commonly shared between people. Though no set of numbers are more or less likely to win than any other set, in Gray’s case she had played numbers that are often chosen by several people. This is because people will often move to play numbers that they have an emotion connection to, with birthday being a prime example.

Read any piece online about ‘how to win the lottery’, or words to that effect, and you’ll read people telling you to avoid numbers that are likely to be common. Birthdays are the best example of this, given that it’s something that all people have associated with them. Whether Gray just happened to be the only person in North Carolina born on the day that she was, or others that share that birthday didn’t use them for the lottery.

If you want to have a lottery win all to yourself then it’s always recommended that you choose numbers that other people are less likely to have. This means that you should aim for at least one number outside of the 1-31 range would that encompass birthdays. This will increase your chances of a solo-win, which Gray was fortunate not to have needed on this particular occasion and for whatever reason.

As if to prove the point on this fact, a man who played the same numbers on the same game saw his jackpot cut in half when someone else won the jackpot with him. Patrick Donahue had been playing the same numbers on the Carolina Cash 5 game for 15 years when he finally saw them come in, meaning that the Hendersonville resident thought that he’d won $631,674, only to discover he had to share it with a man in Raleigh.

As a result, each player won $315,837, which was whittled down to become $223,455 once the state and federal taxes were taken from it. Not that Donahue was complaining, having all but given up hopes of actually winning the lottery. He said, “For 15 years, I’ve been looking at those numbers. It’s not something you ever think is really going to happen.” He had bought the ticket online, only realising he’d won the following day.

Not a Costly Mistake 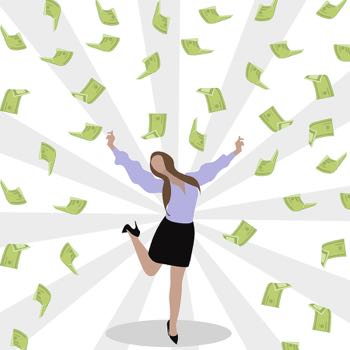 Even ignoring the fact that Susan Gray won the lottery draw, if she hadn’t it wouldn’t haver been too costly a mistake on account of the fact that tickets were only $1 each. Some state lottery games in the United States of America can cost as much as $30 to buy tickets for, meaning that she would have spent a relatively large sum of money for no reason if she’d played one of those and hadn’t won.

Gray bought her tickets at the Kangaroo Express store in her native area of Statesville. The Safriet Road convenience store, which is about 40 miles away from the state capital of Charlotte, will likely see an uptick in lottery purchases as a result. Once the federal and state taxes were taken off her win, she walked away with $215,826, which obviously more than covered the cost of her ticket-purchasing mistake.

Gray’s mistake saw her win more than $200,000 when she split the jackpot with herself, but other punters have also seen errors work in their favour. One such example happened to Jonathan Bate in 2021. The New Yorker was in North Carolina working on a temporary construction job when he decided to buy a scratch card for the N.C. Education Lottery. He got lucky, however, when he was given the wrong card.

Bate said that he ‘got the wrong ticket’ when the person behind the till at the Maple Ave Family Fare store handed him one for the Fortune game instead of the one he’d asked for. Rather than kick up a fuss, Bate allowed fate to dictate his situation and took the card as well as a coffee into the parking lot to scratch it off. The $20 ticket showed up five winning numbers, which meant a win to the tune of $5 million.

As is the case with American lotteries, Bate was given the choice of being paid $250,000 a year for 20 years or taking a lump sum that was lower than the full jackpot amount. He chose the latter, walking away with $2,122,506 after the state and federal taxes had been taken off his win. The Fortune game, which boasted three $5 million top prizes, was launched in 2019 and Bate won the final of those prizes.

In both the case of Susan Gray and that of Jonathan Bate, neither person got what they wanted initially but both ended up on the receiving end of excellent news. Luck was shining on each of them that day, though newspaper reports don’t explain whether either offered a thank you gift to the people that facilitated their mistake. In the case of Gray, the vendor had little to do with it, but for Bate it was all down to being handed the wrong game.

Something Similar Has Happened Before 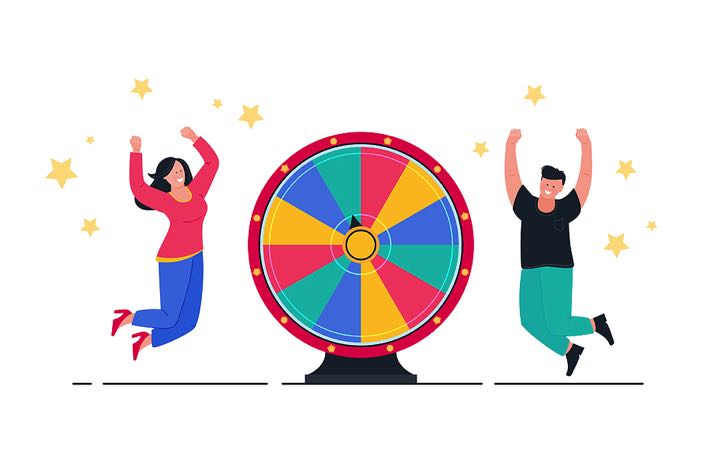 Though the situation isn’t exactly the same because of the nature of the game being played, something similar did happen a year before to a man identified as ‘Joe B’. The Colorado resident bought a few tickets for the Powerball lottery on the morning of the 25th of March before doing the same thing later in the evening. Two of those tickets ended up being winners, meaning that he won $1 million twice on the same day.

The situation is a touch different on account of the fact that it was a set prize for the lottery that he played, meaning that he didn’t need to split the jackpot. Instead, he just had two tickets worth about £800,000 before state and federal taxes, with the same numbers being winners on each. He could even pick up his prize money via a drive-through claims office, which Colorado introduced for tickets worth $10,000 or more.

Previous Post: « Who Are BK8 & Why Did Norwich City End Their Sponsorship Deal After Just Three Days?
Next Post: What Was the Rous Cup? A Look at England & Scotland’s Quirky Football Competition »