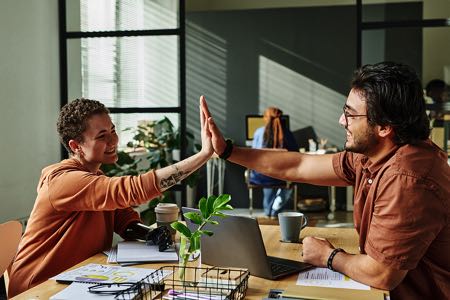 For most people, the idea of winning the lottery is a dream. The notion that your world would be turned upside down thanks to the numbers you’ve chosen coming out of a machine and resulting in your receiving millions of pounds as a result is too much to even think about. One of the main things that many people would choose to do if they won big would be to leave their job, which is why it has been problematic in the past when work syndicates have won and those taking part have had to make a choice.

If you were to win the lottery, would you carry on working? Or would that be the sign that you needed to hand in your notice and walk out on your job? For many, the obvious question would be about how much money you’d actually won, given the manner in which millions would make a much bigger difference to their lives than tens of thousands. For employers, meanwhile, there comes a difficult question about whether to even allow syndicates, given the difference it could make to their staff if they ended up winning big.

Chris Wood might have expected a few different conversations when he saw that a member of the team that he managed was calling him up. Perhaps they were phoning to say that they were ill and wouldn’t be in work the following day. Maybe it was a call about a pet that had died, meaning that the employee needed some time off. Certainly one of the last things that the manager at a Kalgoorlie-Boulder mining company was excepting was a call to say that the group had won the lotto and wouldn’t be returning to work the following day.

The AU$160 million Powerball jackpot saw three division one winners, which included a group of 20 miners based in the Goldfields. That saw them take home AU$53 million, which equated to about AU$2.6 million each. It was the second time in the space of a year that a syndicate from Kalgoorlie had won a division-one jackpot, with a group of 250 having been successful in February of 2022. The split there was obviously much lower in terms of money per person than when there were 20 staff splitting AU$53 million.

The syndicate was made up of night-shift workers, of which Wood was not a part. When they phoned him to give him the news about the lottery win, he, understandably, didn’t believe them initially. He said, “It’s impossible, I don’t believe you, you are joking.” Once the group convinced him that it wasn’t a prank, however, he confirmed that he was delighted, saying, “I’m ecstatic. I’m very happy for each of them. I expect I might lose them though.” That fear of them not returning to work remained a dominant one for Wood.

In the wake of the win, he said, “They’re great workers. It is my best shift. They are all from here…I told them I will run after them and steal their ticket if they don’t come back.” For many employers, that is the biggest fear about letting employees take part in a syndicate. It is difficult to persuade those that have won AU$2.6 million that actually their life will be much more fulfilling if they carry on working the night-shift at a mining corporation, despite what their instinct might be telling them.

When Only One Person Turned Up to Work

The joy of a syndicate is that you get to celebrate your win with others. Whilst home life is important, it is forgotten by many that we spend far longer at work than we do at home, so it is little wonder that workers might wish to share their good fortune with the other people that they spend so much time with. The problem for employers is that that can quickly leave them short-staffed if the group wins so much money that there is no point returning to work. The issue for fellow co-workers is when you’re not part of the syndicate.

Both of those things happened at a recruitment firm in Kirkby on Merseyside back in 2013, when the work syndicate won £28 million on the EuroMillions. There were 11 members of the syndicate at A4e, all of whom worked in the office together. Louise Whitby was pregnant and was off with morning sickness on the day that the money was taken for the tickets, having spend the past two years paying into the syndicate. The numbers 16, 18, 31, 38 and 49, as well as Lucky Stars 4 and 10, came up, meaning the group would have shared £2.5 million each.

Due to Miss Whitby’s absence on the day the money was taken, however, she was excluded from the win and was the only person that turned up at the office the day after the EuroMillions draw. She said, “When I came back in this week, I said I still wanted to pay in, but they said I should just buy some lucky dips with the money instead. Now they’ve won it, they’ve said I can’t have a penny. I was away because I’m pregnant with my first child, it doesn’t get worse than that. I don’t think I can face working there ever again.”

It is perhaps not all that surprising that the workers refused to turn up for work. Whilst there are almost certainly plenty of people out there that love recruitment, whether they love it enough to engage in it having become £2.8 million richer is another matter. A member of staff at A4e tweeted saying, “In recruitment hell….all our staff in Liverpool office have left after winning lottery.” A4e as a company soon advertised for three jobs at its Kirkby office, with salaries ranging from £12,150 to £24,000, perhaps indicating exactly why the workers walked away.

It Isn’t Always Enough to Quit

The reality of the lottery is such that the chances of a syndicate winning are extremely low. The National Lottery has odds of 1 in 45,057,474, for example, whilst the EuroMillions is even higher, coming in at 1 in 139,838,160. For that reason, employers don’t need to be overly concerned with losing all of their staff overnight. That was shown clearly in 2021 when a syndicate of 53 NHS workers won £118,041.10. That is the sort of figure that would make a single winning ticket holder quite happy, but it isn’t life-changing for a syndicate of 53.

When the ticket holders noticed that they’d matched five main numbers and a Lucky Star, they must have been dreaming of new cars, trips to Barbados and home improvements. In the end, however, they snagged just £2,227.26 each. When you consider that that the overall jackpot in the EuroMillions was £174,236,090, you might well imagine that they should have taken home far more than just over £2,000 per person. That isn’t the way the EuroMillions works, however, which is why the jacket amount was so relatively low.

Kim Owen, the Pharmacy Technician at Morriston Hospital in Swansea, said, “We don’t always play EuroMillions but because the jackpot has been so high, we thought it was worth a try as the prizes would be big enough for us to share. I usually end up buying the tickets as and when but on the day of this draw, I decided I was going to wait and buy all the tickets at once. I felt like doing something a bit different might bring us a bit of luck – and I was right! I checked the numbers on Friday night straight after the draw and I just couldn’t believe it.”

The syndicate was mostly made up of workers in the pharmacy department, who got on so well that they gave themselves the nickname ‘The Pharmily Crew’. The win came at the end of a gruelling 18 months for NHS workers, so no one begrudged them their win. Whilst many might have been slightly disappointed with the amount of money that they each took home, the bosses at the hospital won’t have been counted amongst those people. Indeed, there will have been a palpable sense of relief when they discovered that the syndicate won, but that it wasn’t enough money for any of them to be quitting work.

Syndicates Don’t Always Work Out for the Best

As Louise Whitby discovered when she was the only one left out of the winning syndicate at the recruitment firm in Kirkby, not everyone always benefits from lottery wins at work. A group of workers at the DVLA in Swansea ended up in a row after they won £1 million in a EuroMillions draw back in 2013, largely because three of the members hadn’t paid their money in for the draw. There were 16 members of the Driver and Vehicle Licensing Agency syndicate, who stood to take home £62,00 each after the win.

Because three of them hadn’t paid in, however, the other 13 felt that they should be excluded, which would have resulted in everyone else receiving £14,423 more each. Whilst that still wouldn’t have been enough for most of them to quit their job in search of a life of luxury, it would definitely have made them all much more comfortable. A worker at the DVLA who wasn’t involved in the syndicate said, “It’s all a bit awkward and there’s a bad atmosphere – it’s terrible how people can turn so nasty when a bit of money is involved.”

Because the workers had not signed a syndicate contract, which the National Lottery recommends that all syndicates do, they had to hold a vote about what to do with the money. Once again, the bosses will have been the relieved ones knowing that their workers weren’t going to quit. Even so, there was some bad blood and the DVLA had to deny that security was called, saying, “There have been suggestions that there were some disruption in the office and security had to be called in. I can state that there is no truth in that.”

Can Companies Do Anything About It? 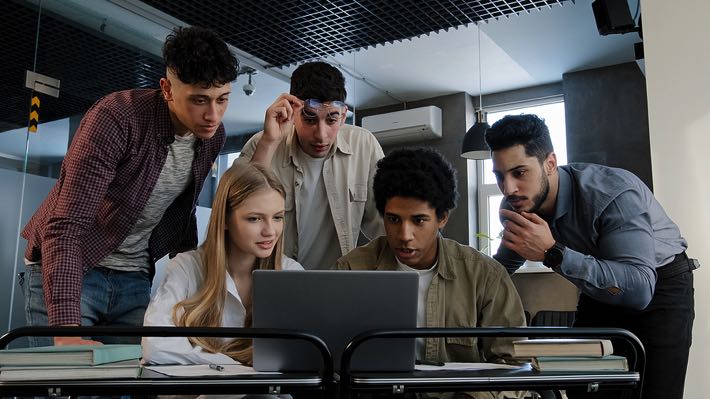 The obvious question to ask is whether there is anything that companies can do to stop themselves from being so exposed to lottery wins. After all, it might be great for the people involved in the lottery win that they’ve all suddenly become millionaires, but it isn’t great for business if no one turns up to work. Whilst some might be tempted to ban lottery syndicates in workplaces, it is unlikely that such a decision would stand up if challenged by employment lawyers. Equally, a decision to sue for breach of contract won’t help with the immediate problem of people not turning up for work.

Instead, it might make more sense to have a policy in place about how work syndicates would handle a lottery win. This could include information, such as what would happen if someone didn’t pay in their money in time, as in the case of Louise Whitby. There is also the ability to take out an insurance policy against a lottery win, mitigating the damage caused by employees leaving their position in the wake of coming into vast sums of money. Perhaps the easiest solution for a manager to avoid the headache, though, is to join the syndicate themselves and make it someone else’s problem…

Previous Post: « Why Does Everyone Hate Referees?
Next Post: Meet the Card Counting Christians Who Took Millions from the Casinos Playing Blackjack »