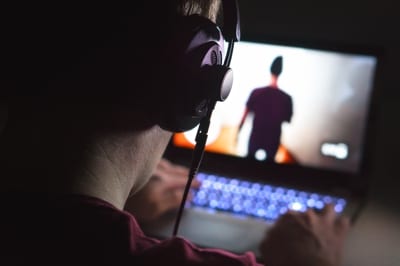 Think of the sort of stereotypes associated with playing computer games and you’d likely conjure up an image of an overweight, spotty teenager with poor personal hygiene. TV shows like The Simpsons have helped to cultivate that kind of picture, to say nothing of the millions of teenagers who lock themselves in a way to play FIFA, Warcraft and Call of Duty instead of doing their studies. Yet the reality is no longer quite as clear as the cliché would have you believe, especially not when it comes to the world of professional eSports.

Yes, teenagers still dominate the industry, with many the best-paid players in the game not yet having had their twentieth birthday. Yet in order to stay at the top of the pile in an industry that is just as competitive as the likes of professional football and tennis, eSports players need to ensure that they’re physically as well as mentally ready for the challenges ahead. That’s why companies have begun to spring up offering training facilities and coaches are willing to spend time teaching players what needs to be done – for a price, of course. Here’s a look at the crazy world of eSports.

Those that are of an older persuasion might well look at the world of eSports in a somewhat scoffing manner, thinking that it’s just a bunch of kids playing video games. Whilst it certainly is that, it’s nothing to scoff at and is worth a huge amount of money to the participants. Thirty-somethings might not understand why young people spend so much time on YouTube or enjoy using SnapChat so much, but that’s because they didn’t grow up with technology in the same way that today’s teenagers do. Consequently, something that might appear boring to people born in the eighties or earlier is seen as genuinely thrilling to millennials.

That means that hundreds of thousands, if not millions, or people are willing to sit and watch a group of other people play video games and pay for the pleasure. Football teams like Paris Saint-Germain and Manchester City have started putting the best FIFA players on a retainer in order to represent them in the digital world in the same way that players, such as Raheem Sterling and Neymar, do in the real one.

Between 2012 and 2017, the revenue made from eSports grew from around £100 million to close to £365 million, thanks in no small part to the near four hundred million people wanting to tune in and watch the biggest games.

Whilst the players themselves are able to earn seven figure sums from being brilliant at scoring goals, killing people and working as a team, it’s not just the prize money that makes eSports an ever-growing industry. Attend an eSports event and you’ll find companies selling technology to players, showing off gadgets and trying to persuade people that the latest game that they’ve created is the best one yet.

Sponsors are also lining up to get their names attached to events. When you consider that nearly two hundred thousand people attended the eSports equivalent of the Olympics in Poland in 2017 and forty-six million more tuned in to watch online, it’s easy to see why.

Want to Go to College? Why Not Study eSports?

When Matthew Potthoff decided to go to college as a twenty-year-old, he did so having already spent seven years making a name for himself in the eSports industry. He played his first game when he was thirteen before going on to be one of the best-known Call of Duty players in the game. Having already made an eSports squad of his own, he decided to attend Full Sail University in order to study business entertainment. He obviously kept playing Call of Duty whilst he was studying, admitting that he just wanted to ‘get it out of the way’ so that he could focus on being a pro-gamer.

In 2014, Robert Morris University became the first such establishment to offer scholarships to eSports players in the same way that most other American institutions did so for the best basketball and American football players. Two years after that and the Association of Collegiate eSports began to recognise competitive gaming programs that were offered by more than sixty colleges across the US. Suddenly, eSports wasn’t just a strange diversion for people who enjoyed playing video games and became a serious, genuine path towards a career. Indeed, the main games in the industry like Overwatch and League of Legends now offer minimum salaries to players.

When people begin to turn professional, of course, that means that they need to start thinking about their careers in a more serious way. No longer can people who wish to succeed in the world of eSports make to and mend by just playing the games alone at home until they get really good.

Stats suggest that just 0.1% of the people involved in playing games actually make it professionally, so there’s very much a need to avoid complacency. Since 1998, eSports tournaments have awarded over $500 million in prize money, with the industry generating around $655 million in 2017 alone. It’s predicted to be worth more than $3 billion by 2022.

That’s why people like Ryan Towey and his crew locked themselves away in townhouses in order to play Halo 5 uninterrupted, playing the game and then watching back recordings of their sessions to see what they could improve on. This was back in 2016, but even then the World Halo Championships offered a prize fund of $2.5 million. That was what led the team from Evil Geniuses to practice, practice and practice in the same way that an ice skater or javelin thrower might do. Towey referred to the experience as a ‘grind’, saying that they did it for twelve-hours every day at the expense of any other activity. They did that for seven days a week for more than a month.

They take it so seriously because the best players are able to attract sponsorship in the same way that Premier League footballers do, with major companies willing to invest in their potential. In 2015, the international Dota 2 championship of developer Valve offered a prize pool of more than 18 million dollars, which is why many of the most competitive teams are willing to pay for houses where the players on the team can live together, practice together and get to know each other so well that they can guess what they’re going to do next. It might seem like a glamorous life when you see teenagers jet-setting around the world, but they’re only able to do that because of the work they’ve put in first.

It’s Not Just About Winning Tournaments

Winning the biggest tournaments is great, of course, but only a few people can do so each time one comes around. As a result, some eSports experts find other ways of making money. Ryan “State” Visbeck is a good example, with the master of StarCraft II becoming a freelancer rather than associating himself with a specific team and combining that with earning money by streaming his games as he plays them. He also takes fan donations and, living in South Korea, the Californian finds that is enough to survive. It’s a common method of making money for eSports experts, being wiling to teach people who to play the various games.

It’s part of the logic behind the existence of companies such as Fnatic, an eSports start-up that was able to raise $19 million in order to expand its business. Based in London, the company launched in 2004 and has won over $8 million in prize money since then. They have training facilities in Berlin, Kuala Lumpur and England’s capital, boasting the former boss of Mercedes-Benz’s Formula 1 team, Nick Fry, as Chairman. Lev Leviev, who is also on the board, believes that eSports is ‘the future of entertainment’. With more than six million followers across their various channels, Fnatic have brought trainers and sports psychologists on board to help their teams perform at their peak.

A World as Serious as Professional Sport

According to Vice, as many people currently play League of Legends as live in the country of France. The best players of the game live together with their teams, having a meeting at ten in the morning before practicing all day until about midnight.

There are teams of people that are there specifically to make their lives as easy as possible, meaning that they can get on with honing their craft. Team Liquid, one of the most valuable teams in the world of eSports, arranges for professional chefs to make meals organised by nutritionists for their players, for example.

That’s the sort of thing that you might expect from a professional football team, not necessarily one for people playing video games. Yet the very best League of Legends players can earn salaries as high as $320,000 a year, so it’s little wonder they’re willing to do whatever it takes to stay at the top. That’s more money that surgeons, lawyers and pilots earn. Team Liquid boasts an eight thousand-square-foot practice space in Santa Monica, California. They offer their ‘athletes’ a budget to pick furniture for their own rooms in apartments that Team Liquid pay for. They’re also given vision, health and dental plans.

Most Teams Focus on One Game

It’s not an easy life, all things considered. The best players will avoid playing any game other than the one that they’re looking to become an expert in, meaning that you won’t find them lining up to try out Fortnite, Call of Duty or FIFA if they’re life is about League of Legends. Players aren’t scouted in the same way as you’d find with more traditional sports, instead usually joining up with players of a similar ability in order to enter smaller competitions and being spotted there.

That’s what happened to Zach Scuderi, for example, ending up on the team of Cloud9, the most successful eSports company at the time of writing after he made ‘friends’ with a player online and gradually climbed the ladder.

The Industry Continues to Grow

Perhaps the craziest thing about the world of eSports is that it is still growing. Riot Games, the company behind League of Legends, holds ‘Scouting Ground’ tournaments for unsigned players to show off their ability in the hope that a team will want to sign them up. That is only likely to continue as professionally established games such as basketball get involved in the phenomenon. The National Basketball Association has seen more than two-thirds of the thirty teams under its jurisdiction create eSports games thanks to the popularity of the game NBA 2K.

In December of 2018, the Pittsburgh Steelers in America announced that they had chosen to partner up with the Pittsburgh Knights, an eSports team based locally to them. The owner of the New England Patriots, Robert Kraft, and his equivalent at the Los Angeles Rams, Stan Kroenke, who also has a stake in Premier League team Arsenal, have stakes in gambling companies. The more that that becomes normalised, the more competitive eSports are likely to become. The consequence is that trainers, chefs and nutritionists will become just as likely to get jobs working with eSports stars as football players or golfers and the madness will only get madder.

Previous Post: « Win a Car Competitions: How It Works & Does Anyone Ever Win?
Next Post: The Biggest eSports Tournaments »