The National Lottery launched in 1994 to much excitement, with seven winning tickets sharing the first jackpot of £5,874,778. Over the years since, the lottery has grown and changed, being altered to offer different prizes and working in a different way to how it did on that launch date. It remains a popular enterprise, with many punters desperately hoping that their lives will be changed by the simple drawing of some balls by a machine named after characters from the legend of King Arthur and his knights from the round table.

Of course, the draw of winning millions of pounds out of nowhere can only sustain interest for so long when people don’t actually end up as millionaires. As a result, the National Lottery has struggled to maintain the same level of interest throughout its existence and some punters have turned to other means of trying to win their fortune. The majority of people will still buy a ticket if there’s a big rollover to play for, plus there are still millions who continue to play week-in, week-out, but how much has the overall amount of players dropped off?

When the National Lottery launched in 1994, around 15 million players bought 35 million tickets before the start of the first draw had even come around. The expectation was that about 25 million people would tune in to watch the first ever draw, which was hosted by Noel Edmunds, Gordon Kennedy and Anthea Turner. In the end, 48,965,792 tickets were sold and in the region of 22 million watched the BBC’s coverage of the event. The button to release the balls was pushed by 18-year-old Deborah Walsh and the numbers 3, 5, 14, 22, 30 and 44 were selected alongside bonus ball 10.

The sheer number of people buying tickets might help to explain why there were seven tickets that defied the 13,983,816 to 1 odds of winning the jackpot by doing exactly that. Spare a thought for the people that thought they’d won the £5.8 million available only to end up with £839,254 each. That was obviously not a small amount, but still £5 million or so short of what they thought they’d be being paid out on. Even so, it was better than the £5,000 jackpot available from the first ever lottery in England, held in 1569.

Ticket Sales in the Years That Followed

Here is a look at the record number of tickets sold for the Wednesday and Saturday draws each year since the Lottery first launched, baring in mind that Wednesday draws were added in 1997:

There are a number of things to note from the above table, not least of which is the fact that only one Wednesday draw to date has seen more ticket sales than the Saturday draw. Of course, given the fact that the jackpot for that draw was £30,554,181, it is perhaps not all that surprising that it was such a popular draw. The other thing worthy of a mention is the fact that you can see really clearly how the National Lottery has struggled to maintain ticket sales with each passing year.

Here are some of the notable lottery dates over the years:

Whilst there are obviously other key events that have happened since the National Lottery launched in 1994, including various rule changes, those are the most easily identified and the most interesting. The Lotto managed 68,411,480 ticket sales in May of 2004 but struggled to get anywhere near that many again for another 12 years. Numbers dropped off further when EuroMillions began holding a second draw, with number on the Lotto dropping off again in the wake of the move to having 59 balls in the draw instead of 49.

Indeed, the only time that the Lotto has managed to attract a wealth of ticket sales since then was in January of 2016, when rollovers meant that the jackpot stood at more than £66 million. That caught the attention of the public and resulted in 95,141,760 tickets being sold, with the prize being so high because of the fact that it had rolled over 15 times. The rules were changed not long after, meaning that the number of times that the jackpot could rollover was limited. This obviously meant that the top prize was reduced.

Have the Jackpot Amounts Changed? 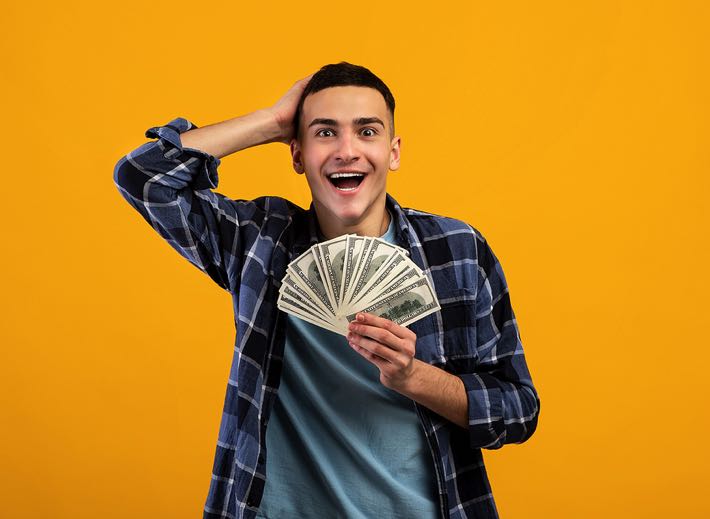 We can see that the ticket sales have dropped off year after year when it comes to the National Lottery. Having looked at some of the likely influencing facts that might well have caused the drop off, it is now worth looking at the average jackpots available and considering whether that might also have had an influence on the likelihood of people buying tickets.

After all, if the jackpot isn’t headline grabbing, it’s unlikely to catch the attention of people that wouldn’t otherwise play the Lotto. Here’s a look at the average jackpot amount each year since the National Lottery launched, as well as the record jackpot amount for that year:

When the National Lottery increased the price of a ticket from £1 to £2 in October of 2013, the operator, Camelot, said that it would result in bigger prizes. Whilst that might well have been the case for the smaller prizes, such as three balls resulting in a £25 payout rather than £10, it wasn’t necessarily the case for the jackpots. There was a mad period of time when rollovers saw the average jackpot increase to £13,364,229 and the top prize hit in excess of £66 million, but otherwise the average jackpot has mostly been below the 1995 figure.

Quite what all of that tells us isn’t particularly clear. One thing we should bear in mind, of course, is that ticket sales and the number of people playing the National Lottery aren’t the same. In January of 2016, for example, 95,141,760 tickets for the Lotto were sold. That is pretty impressive for a country that had a population of about 65 million at the time. People buy more than one ticket, that much is certain, so instead of thinking about whether fewer people are playing the lottery we’re maybe best placed asking if fewer tickets are being sold.

On that front, it is impossible to argue against the facts. In the first ever lottery draw, 48,965,792 tickets were bought. The highest number of tickets bought for a draw in 2020 was 28,309,662. When the jackpot reaches an impressive figure, the ticket sales go up exponentially, but Camelot’s decision to raise the ticket price, increase the number of balls used and limit the number of possible rollovers means that we’re unlikely to ever see ticket sales in the 90 million range again. Fewer tickets are being sold, but the National Lottery continues to be a money-maker for Camelot and its chosen good causes.

Previous Post: « What Does ‘Provably Fair’ Mean in Online Gambling?
Next Post: What Is a Banker Bet? »