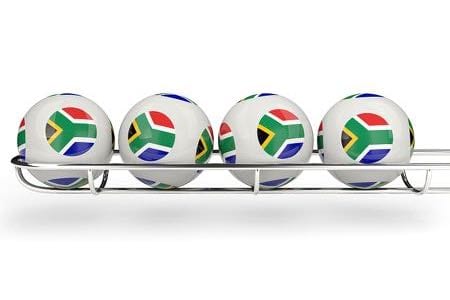 Elsewhere on this site you’ll be able to read about number patterns in lotteries. Whilst it might seem unlikely to the average punter that a lottery would produce consecutive numbers, there’s nothing in the mathematics of such a thing to suggest that it shouldn’t happen. Once one number has been drawn, the likelihood of any other number coming next remains the same for all numbers, even consecutive ones.

Yet that doesn’t feel right to most non-mathematicians, who feel that it just doesn’t seem right. So, it is that countless people in South Africa cried foul play when 5, 6, 7, 8, 9 and 10 came out of the machine. The doubters were assisted in their suspicions thanks to the fact that the South African lottery had already been investigated for fraud and corruption, so what happened this time around?

The PowerBall lottery is a popular one in South Africa, though it’s unusual for people to have to share the jackpot. It was with some surprise and consternation that players witnessed twenty people claim that they had won it when the numbers 5, 6, 7, 8 and 9 came out of the machine, followed by the PowerBall number being 10. It meant that they had to share the jackpot, taking home 5.7 million rand each.

That’s the equivalent of £278,000 per person, whilst another seventy-nine ticket holders had picked all of the main numbers correctly but failed to pick number 10 as the PowerBall. They received more than six thousand rand in prize money, perhaps kicking themselves that they hadn’t carried on the sequence when deciding what the PowerBall would be on their ticket.

The Probability Is Just the Same 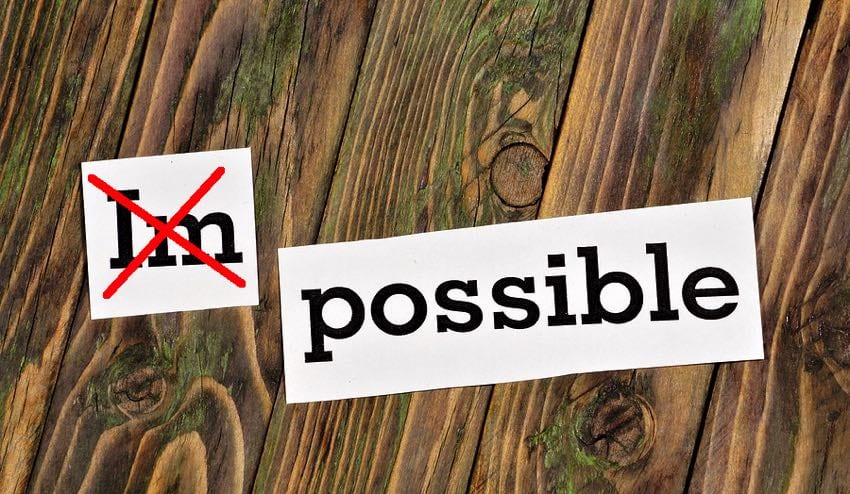 It’s often difficult for people that aren’t particularly strong mathematicians to understand, but the chances of consecutive numbers coming out of the machine are just as likely as completely random, unrelated numbers being drawn. In a 49-ball lottery, for example, the chances of the number 5 being drawn a 1 in 49. Once the number 5 has been drawn, there is then a 1 in 48 chance that the number 6 would be next.

The fact that the previous number was 5 doesn’t change the fact that 6 being next has a 1 in 48 chance of occurring. Once 6 has been drawn, there’s then a 1 in 47 chance that the next number will be 7, even though that feels totally out of the realms of the possible. The chances of winning a 49-ball lottery where you need to pick six numbers is 1 in 13,983,816. That doesn’t change if you opt for consecutive numbers on your ticket.

Whether or not you can get your head around that will likely depend on whether you have a mathematical mind. If you approached a roulette table and saw that it had landed on black ten times in succession, what would you bet on? Most people would say red, but in reality, the nature of the game means that there is an exactly equal chance that it could land on red or black. How you answer this says a lot about you as a person.

Why Were There So Many Winners? 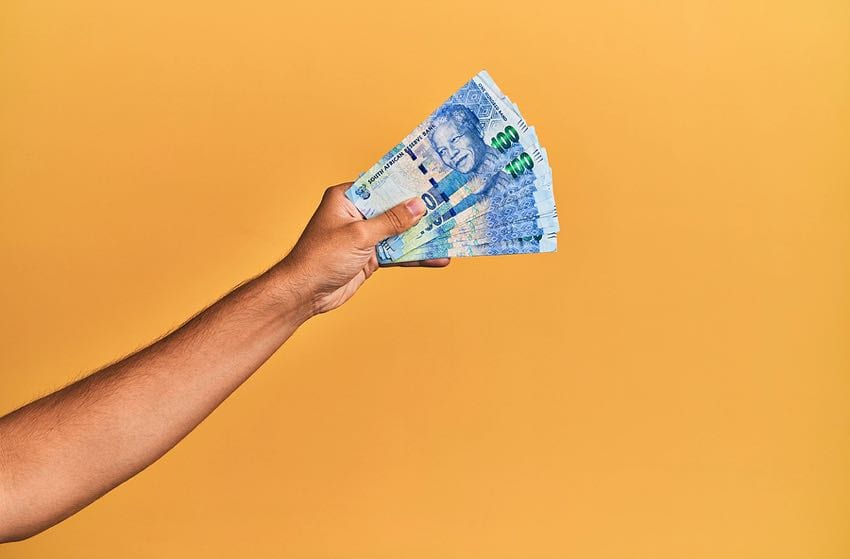 A big part of the reason why some people believed that there was something dodgy going on with the South African draw was the number of winners who claimed a share of the jackpot. PowerBall is not a lottery that usually has many joint winners, so the fact that there were twenty certainly set off a red flag for some players. The question we must ask is, was it really so unusual?

There are scores of people that play consecutive numbers on a regular basis, perhaps in the mistaken belief that not many other lottery players will have opted for the same numbers. As an example, in the United Kingdom, an estimated 10,o00 people play the number 1, 2, 3, 4, 5 and 6 every single week. It would mean that a lottery jackpot of £6 million would see those players take home about £600 apiece.

Is it really so unlikely, therefore, that twenty people would play those same numbers in South Africa? The pattern play is one that has just as much chance of coming in as any other on the lottery, but that perhaps leads the people playing it to think that they’re unique. In actual fact, of course, they’d have much more chance of hitting a jackpot that they wouldn’t have to share with anyone else by picking totally random numbers.

This includes resisting the urge to play birthdays or other important dates. If the date is important to you then there’s a good chance that it will be important to someone else, especially if millions of people play your country’s lottery. In South Africa, lottery is the most popular form of gambling, with the PowerBall the fastest-growing version of the game owing to the fact that it promises such high payouts.

Of course, the fact that it’s entirely possible that twenty people decided to bet on the numbers 5, 6, 7, 8, 9 and 10 coming out of the lottery machine doesn’t mean that it might not also be corruption leading to them winning. After all, the chances of winning the PowerBall are 24,435,180 to 1. That’s an awful lot of people getting very lucky indeed by having their numbers come up as winners.

The South African lottery has also been investigated in the past for alleged corruption, which obviously doesn’t help the cause of those suggesting that it couldn’t possibly have been a dodgy draw. The South African Parliament confirmed on 11 March 2020 that the Trade & Industry Portfolio Committee would welcome an investigation into possible fraud or corruption in the lottery.

The decision came in the wake of a freelance journalist named Raymond Joseph alleging that the National Lotteries Committee had been involved in cases of nepotism, fraud and corruption. The suggestion was that the NLC had tried to cover such things up from the public, with the organisation then suing the not-for-profit news agency GroundUp for publishing such allegations.

Interestingly, it was not a matter of accusations being levelled at the lotteries themselves being unfair. Instead, the allegations suggested that the NLC’s funding activities were not above board. It was in the allocation of funding that suggestions of bribery and nepotism could be found, but if someone was willing to cheat in that way then why not with the outcome of the lottery itself?

Another thing that added fuel to the fire of the conspiracy theorists was the fact that the previous times there had been multiple winners of the jackpot, in 2019, 2017, 2012 and 2011, there had been four co-winners once and two co-winners the other three times. That there were suddenly 20 was enough to make such people suspicious, though the prize of 113,769,364 rand was by far the biggest of the shared prizes.

The draw is made on live television, so it would be very difficult for someone to actively choose to fix it in order for certain numbers to be drawn. That’s not to say that it couldn’t happen, of course, but there would need to be a number of people involved in the conspiracy. Even if it was indeed fixed, it’s likely that a number of people had chosen those numbers anyway because so many people like to pick sequences.

What Was Said About the Win 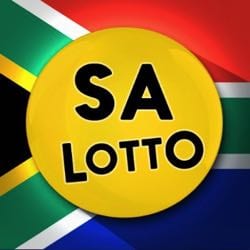 In the wake of the win for the twenty people who had bet on the outcome of the numbers 5, 6, 7, 8, 9 and the PowerBall of 10, the lottery sent a tweet saying, “Congratulations to tonight’s 20 winners of PowerBall draw. These numbers may be unexpected but we see many players opt to play these sequences.” Obviously, that was not well received by a lot of players in South Africa.

As an example, one user tweeted and said, “Lotto exposing themselves that they are a scam.” Another said, “20 people discussed this and shared that jackpot equally. Absolutely no way in hell that’s a coincidence.” It’s likely that neither person taking to the social media platform understands that the chances of those numbers coming out are the same as another six numbers on the platform.

The National Lotteries Commission, which is responsible for the regulation of the game, declared it to be an ‘unprecedented’ draw and that they would launch an investigation into it. Their spokesperson, Ndivhuho Mafela, announced to the AFP that a review would be conducted and anything found would be declared to players. It suggested that the NLC at least suspected foul play could be involved.

The other part of this story that is quite interesting is that the South African Lotto website actually has a section that specifically advises against users betting on six consecutive numbers. This is probably down to the fact that it’s such a popular decision to opt for consecutive numbers, so the prize money, if such a draw was made, wouldn’t be very impressive anyway. The statement reads:

On top of this, the same section of the site advises against playing the first six consecutive numbers, stating, “The most popular set of numbers most often played is 1-2-3-4-5-6. Thousands of tickets are bought with this combination every drawing. The selection is too far out of balance to come up in a random drawing.’’ This is in spite of the final part of that statement having little validity.

There are around 14 million variations of winning numbers in a lottery that asks you to pick six numbers from a possible forty-nine. 5, 6, 7, 8, 9 and 10 is just another one of those fourteen million, rather than being some special outlier. A mathematician named Professor Marcus du Sautoy actually recommends picking consecutive numbers, but doing so from the number range of 31 and over.

The NLC said something similar themselves, stating, “This occurrence, while uncommon, is not impossible, with the odds of any set of numbers selected for PowerBall being 1 in 42 million.” They also made reference to the ‘rigorous process of review’ that all South African National Lottery games undergo, which is done in order to ensure that the draws are conducted with ‘integrity’ and all players are ‘afforded an equal chance of winning prizes’.

Previous Post: « Betsson Finally Turns Its Back on the UK, But What Happened?
Next Post: Introducing the Racing League: Horse Racing’s New Team Competition »