Anyone who has ever bought a lucky dip or picked some number for the lottery will have had a conversation with their friends and loved ones, pondering how they would spend their winnings. An apartment in New York, perhaps? A mansion with a swimming pool? A private jet? Everyone’s got their own ideas for how their money would be invested, but how many of us discuss ensuring that we’d be solvent for the long-term?

The National Lottery takes its role in the future lives of winners seriously, appointing a specialist adviser to guide people in the early stages of their win. Even so, they can only lead that particular horse to water and most definitely cannot force it to drink. As a result, there have been numerous big winners that haven’t been able to keep hold of their winnings, blowing it all in the weeks and months that follow the balls tumbling out of the machine. Here’s a look at their stories.

What Happens When You Win 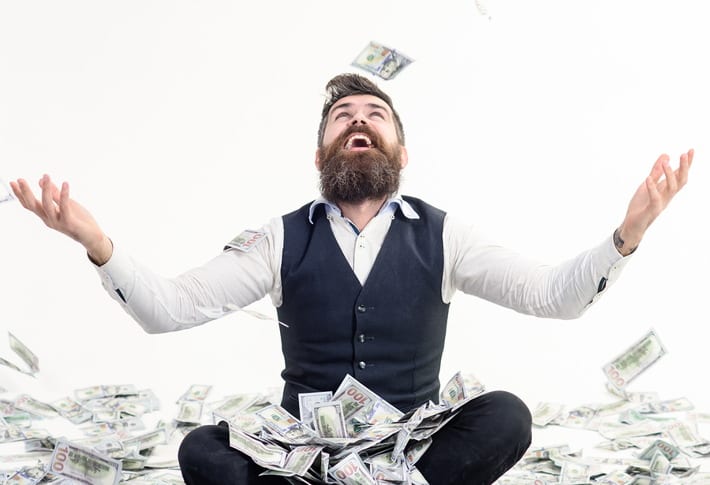 Before looking at what has happened to the winners that blew it all, let’s first look at the process that takes place when someone’s numbers come up.

Let’s say that you’ve popped into your local newsagent and bought yourself a ticket with six numbers that have some resonance for you personally. The lottery is drawn and it’s your numbers that land, what do you do next? The first thing to do is to call the number on the back of the ticket, presuming it’s a National Lottery draw that you’ve taken part in – other companies have their own methods but they’re largely similar.

If you’ve won £50,000 or more then the call centre will put you in touch with the winners advisers, whose job it is to confirm your win and arrange to make the payment. They’ll come to your house and help you fill in the necessary paperwork, also doing everything that they can to make the transition into being mega-rich easy for you.

Once everything has been checked your winnings are transferred to you within 48 hours. The advisers recommend that you open a private account, with most of the biggest banks having specialist teams to deal with the very wealthy. The idea behind that is to ensure that the ‘normal’ bank tellers don’t know about your new found riches and the chance of your identity being leaked is limited, presuming you’d like to remain private.

How long those advisers remain in your life is entirely up to you, perhaps using the opportunity to ask them how long you should remain in your job for once you’ve received your winnings! Regardless, they’ll pop along a couple of weeks later with a financial expert and legal team to ensure that you’re happy with everything. They can also offer to put you in touch with other winners so that you’ve got someone to talk to who will understand.

That’s it. The money’s yours to spend how you wish. How, then, have those that have won it all and then seen it disappear spent theirs?

The Winners Who Spent It All 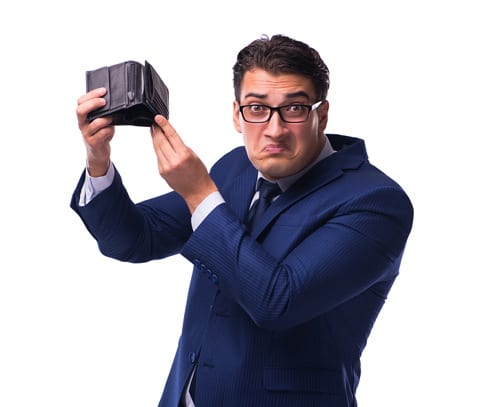 Some people opt to remain anonymous when they win the lottery, partially to stop begging letters turning up at their doors and sometimes just because they don’t want the publicity. There are also security risks to consider when you suddenly have a lot more money than you used to.

On the other hand, there have been plenty of people who haven’t minded their names being given to the press, or who have embraced the five minutes of fame their win gives them.

Sadly for some of the people who made their win public the rags to riches story ends back at rags, or even worse. In this section we’ll look at how it all went so wrong for some of them.

Even those with just a passing interest in the world of lottery winners are likely to have heard of Michael Carroll, the so-called ‘King of Chavs’. It’s entirely fair to say he reacted to winning just shy of £10 million in much the same way you’d imagine many nineteen-year-olds to react, buying a mansion in Norfolk and dishing out more than £4 million to family and friends.

The ‘Lotto Lout’ made some poor choices with his money, investing £1 million in Rangers Football Club, spending £49,000 on a sports car despite being unable to drive and becoming addicted to cocaine and prostitutes. The one-time bin man was declared bankrupt in 2010 and moved to Scotland, clearing himself up from his drug habit and taking a job earning £204-per-week in a biscuit factory.

Whilst Michael Carroll might be the best-known of those that have won the lottery and then blown it all, John Roberts rivals him in terms of seeing the money disappear quicker than many people would have thought possible. Indeed, such was the extent to which the former security guard’s finances disappeared that ITV featured him in a documentary about the dangers of winning big called “A Decade Of Lottery Disasters”.

The Edinburgh-native won just over £3 million in 1998 and soon moved with his family into a Tudor-style mansion near Blackpool. He blamed friends for steering him in the wrong direction with his winnings, buying a pub that somehow his name never ended up on the deeds of. He soon found himself living in a caravan and £20,000 in debt.

Regrettably, those that win the lottery young have turned to drugs to celebrate their win more than once. Callie Rogers was just sixteen-years-old when she won £1.8 million back in 2003. She immediately gave around half a million to family and friends as well as spending £18,000 on boob jobs, but it was the £250,000 that she spent on cocaine that got her into the most trouble.

Unlike Michael Carroll she didn’t end up going to prison, but she spent £300,000 on clothes and jewellery and struggled to cope with the change from her £3.60-an-hour job working at a supermarket. Though Camelot offered all of the advice that they could, she declined the ‘independent financial and legal advice offered’ and now wants the minimum age to buy a lottery ticket raised. Though she struggled with depression, she eventually sorted her life out and is a mum of three.

Not all lottery winners spend their money poorly, but even when you invest wisely the world can conspire against you. That is what Roger and Lara Griffiths felt happened to them when they won £1.8 million in 2005. Though the did splash some of their cash on frivolous things such as cars and the chance for Roger to make a record with his university bandmates for £25,000, they also invested in property.

Investing money in property is one of the things that many financial advisers will tell you to do, with footballer Robbie Fowler earning more from his property portfolio than he did from playing football. The Griffiths’ felt as though they were making a sensible choice, therefore, when they invested their money in bricks and mortar, only for the financial crash to hit and their property’s value crash. They had lost their money by 2013, blaming each other for what happened.

Whilst we might like to think of those that spend their fortune as somehow being tasteless or vulgar, not everyone who finds themselves on the receiving end of a huge win chooses to be self-indulgent. Doug Wood decided the moment that he won £2.65 million in 1996 that he wanted to die with nothing to his name, giving his money away to charities and friends and family.

It was an ambition that he came remarkably close to achieving, dying in 2003 at the age of sixty-seven. The horse racing fan had visited all but one of the tracks around Britain when he died, actually being found in his £66,000 home by neighbours on the morning he was due to complete his track visits. He donated £10,000 to the Injured Jockeys Fund as well as £30,000 to the RNLI. In the year he died he confirmed that he was down to his last £80,000.

Just as not all lottery winners that throw away their money do so because of a desire to be self-indulgent, so too do some just find that they don’t have the expertise to know what to do with their money. That’s the situation that John McGuinness found himself when he won £10 million in 1997. He gave away £3 million to family and friends, bought cars and went on holidays, all of which is entirely reasonable behaviour from someone that was earning £150 a week and living when their parents when they hit the big time.

What saw Mr. McGuinness get himself into trouble was his decision to invest £4 million in the football club that he loved, Livingston. He used his new-found wealth to guarantee loans taken out by the club, so when the Scottish side went into administration he was found the personally liable for their debts. He claimed that former football boss Dominic Keane was to blame for him losing all of his money by tricking him and he said that he has to live as a recluse after being mocked in the street.

It’s not just the biggest winners that find it hard to cope with money coming their way out of nowhere. Merseysider Michael O’Leary won more than £400,000 in 1995 but kept it secret from his friends and family. He didn’t splash the money around in order to stop others from finding out about the win, clearing the mortgage from his house and buying a £17,000 car being his only real indulgences.

Mr. O’Leary was therefore terrified that his winnings would not only be discovered but also taken away from him when his wife Michelle informed him that she wanted a divorce and would be claiming half of his money as part of the process. The result was that he strangled her, leaving her body by the side of her bed only for it to be discovered by their daughter. He was later convicted of manslaughter.