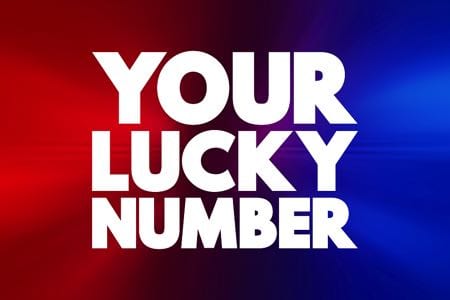 The National Lottery, as well as numerous other lottery types, provide a possibility of winning huge sums of money. Those that play it understand that the odds aren’t necessarily in their favour, but they play it anyway because they want the hope that is offered by balls spinning around a machine before being pulled out and possibly presenting them with millions of pounds, the sort of money they could only dream of.

As a result, players of lotteries tend to have their own superstitions and ways of playing the game, with one of those being picking the same numbers week after week. Whilst that might present people with the belief that there’s a chance that their numbers will come in eventually, statistically that simply isn’t the case. In fact, there’s an argument that picking consistent numbers can merely lead to disaster if you ever forget to play them.

The Odds Remain the Same

If you were to play the National Lottery’s main Lotto every Wednesday and Saturday, the odds of you hitting the jackpot for each draw never change. At the time of writing, the 59-ball game that requires players to get six numbers in the same draw offers odds of 45,057,474 to 1. Whether you pick the same numbers every week, opt for a Lucky Dip or even chose 1, 2, 3, 4, 5 and 6, those odds remain firmly in place.

With that in mind, it really doesn’t matter whether you pick the same numbers or not. Indeed, there’s an argument that picking numbers that have a sentimental connection is actually not the right thing to do. Most sentimental numbers will be relatively low, representing something like a date or an anniversary. The issue is, more people will pick such numbers than higher ones, meaning that if they come in then you’re likely to have to share your jackpot with other people who have the same sentimental numbers.

Picking Numbers Locks You In 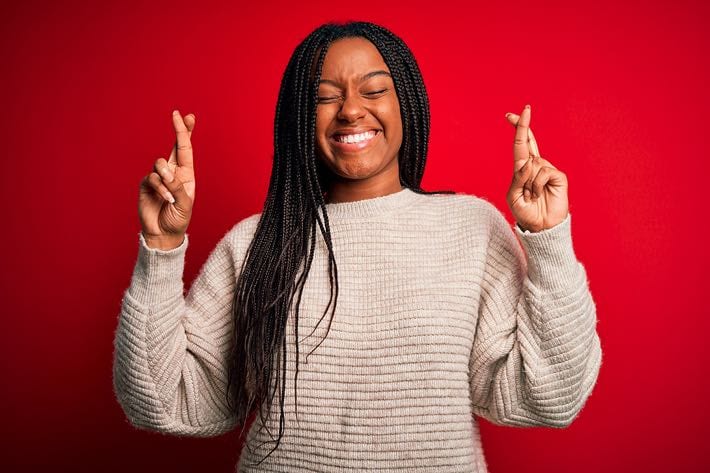 There is no discernible upside to picking the same numbers every week when playing a lottery, then. What there is, however, is a possible downside that comes in the form of locking you in to always picking those numbers. If you have put your numbers into a website that plays them every week for you then that is one thing, mainly because it doesn’t require you to remember what your numbers are when you play them.

If, on the other hand, you’re having to manually enter your numbers or you play certain ones that have sentimental connections, the chances are high that you’ll remember what your numbers are. This then locks you in to having to play them every week for fear of the one week you don’t play them being the week that they come in. Can you remember the phone number of your childhood home? Most people can because numbers lodge themselves in our conscience.

However much you might want to ignore the numbers that you used to play, therefore, they’ll always be there at the back of your mind. You might try to avoid seeing the winning lottery numbers in newspapers or on the news, but you can’t always do so and the last thing you’ll want to do is see the numbers that you used to play flash up, confirming that you would have won millions of pounds if you have remembered to play them.

There are a huge amount of reasons why someone might want to stop playing the lottery, from a desire to save money through to a feeling that you’re never going to win so it’s completely pointless. Playing the same numbers every week and knowing what those numbers are locks you in to either never being able to stop taking part in the lottery or else living with the pain of knowing that you might have won millions if you still did it. 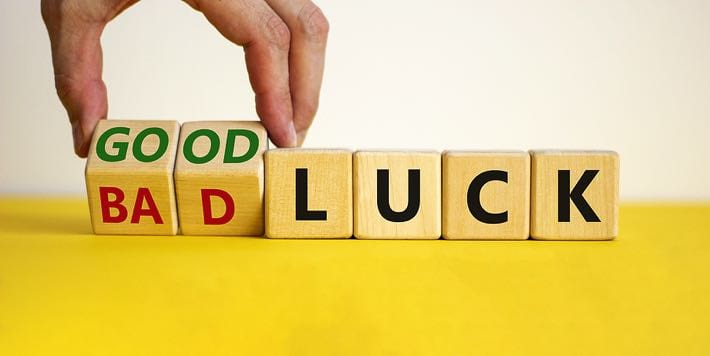 As you might imagine, there are a wealth of stories of people who forgot to play their numbers only to see them come up the one week that they didn’t buy a ticket. It is heart-breaking to read about some of the stories, such is the extent to which a lottery win would have been highly beneficial for those involved. Sadly, that’s the nature of playing the same numbers every week and knowing what they are.

The Couple Whose Banking Failed

Sometimes you can forgot to play your numbers and kick yourself because you missed out on a fortune. But what happens when that’s the result and yet it was nothing to do with you? That’s the situation that Liam McCrohan and Rachel Kennedy found themselves in when they checked the EuroMillions results and discovered that their usual numbers had landed on that night’s draw, but they weren’t £182 million richer.

McCrohan and Kennedy always played the numbers 6, 12, 22, 29 and 33, as well as Lucky Stars 6 and 11. The issue was that there wasn’t enough money in their bank account to take the money to pay for their ticket, meaning that the ticket wasn’t bought. Somewhat understandably, the couple were left ‘absolutely heart-broken’ by missing out on such a huge sum of money, but there was nothing that the National Lottery could do.

Camelot, the operator of the EuroMillions draw, responded to the incident saying, “We’re aware of Rachel’s story and hope she gets in early to buy a ticket for the next big draw. We have a £20m Must Be Won Lotto jackpot up for grabs on Saturday, so wish her the best of luck in that or any future draws.” Not exactly the response that McCrohan and Kennedy will have been hoping for from the company behind the EuroMillions…

That being said, Kennedy was somewhat philosophical about it all. The University of Brighton student said, “Everything happens for a reason though, we’re no richer or poorer than we were this morning. Hopefully it goes to someone who is in desperate need for it. Although it’s sad, I think we’ll get over it pretty quickly – not that he was getting any of it anyway!”

The Girlfriend Who Changed Her Boyfriend’s Numbers

It’s one thing forgetting to play your numbers, but it’s quite another when someone else decides to meddle with the numbers that you usually play. That’s what happened to plasterer Jacob Simon, who had been playing the same numbers all year long when his girlfriend decided that they were ‘unlucky’. Chantelle Avossa chose not to play his usual numbers, instead buying a Lucky Dip that didn’t win anything.

Simon’s usual numbers almost came up on the EuroMillions, with his five main numbers and one Lucky Star landing on that night’s draw. It meant that he would have been sharing the £7.5 million on offer for five numbers and a Lucky Star with six winners from across Europe, which would have handed the couple £1,071,420. Chantelle, mum to the couple’s three-year-old son, decided not to play them as she felt they weren’t bringing them any luck.

The couple had played 14, 20, 27, 34, 38 and Lucky Stars 2 and 11 for a year when Avossa decided to mix things up a bit. Simon wasn’t watching the draw but Avossa said to him, “You are going to kill me. Our numbers have come up but I changed them.” Initially, he thought she was joking but soon realised that she wasn’t. He said, “I’m happy it wasn’t multi-millions, that would have been absolutely galling. I could’ve been a millionaire. I feel sick. We haven’t slept at all. We’ve fallen out a bit.”

The Man Who Tragically Killed Himself

Few of the bad news stories are as tragic as that of Timothy O’Brien. The father of two and a work colleague decided that they would do one line each week on the lottery at a cost of 50p each back when the National Lottery first launched. They used the same numbers each time, which were 4, 24, 33, 38, 42 and 47. O’Brien checked the tickets on Sunday the 9th of April, believing that all six of them had come up.

O’Brien also realised that he’d forgotten to renew the ticket after it had expired the previous week, leaving him ‘very distressed’ according to his wife. He attempted to get hold of his friend to explain the error but couldn’t, deciding to take his own life as a result. A member of a gun club, he had a licensed revolver in his attic and used it to shoot himself, with his wife later finding his body.

What makes the case of O’Brien even more tragic is that he was wrong in thinking that six numbers had come up. In actual fact it was only four numbers, with neither 17 nor 22 being on ticket. Instead of winning what he thought would have been £22 million, he and his work colleague would have won £27. Proof, perhaps, that not everyone who fails to play the same numbers every week can take missing out on a big win very well.

It’s Not All Bad News: An Accidental Lucky Dip Wins the Jackpot

Whilst not playing your usual numbers will lead to disaster more often than not, it’s not all bad news. 80-year-old Denis Fawsitt is a case in point, heading to the shops to buy his ticket for the lottery when he realised that he’d forgotten his glasses. This meant that he was unable to fill in the ticket to play that night’s EuroMillions, so instead he opted to buy a Lucky Dip when he visited his usual shop, the Co-operative store in Station Road, Hatton.

He said, “I realised I had forgotten my glasses and tried to pick my numbers, but I just couldn’t. I went to pay for my papers and asked the lady behind the counter for a lucky dip.” It proved to be an inspired decision, with the couple matching the five main numbers, as well as one of the Lucky Stars. As a result, the retirees won in excess of £100,000, all because Mr. Fawsitt was unable to see the ticket.

The pair are determined to ensure that the money helps their children in the future, with Ann Fawsitt saying, “We can treat ourselves to a few nice things but, most importantly, give a lot to the family. We’ve had our time, it’s theirs now… this money will help them more than us.” That being said, Denis planned to buy a new television and Ann was looking forward to getting a new electric cooker and a foam mattress.

Previous Post: « What Is the British Home Championship & Who Won It the Most?
Next Post: Which Players Have Scored Own Goals at the Euros? »