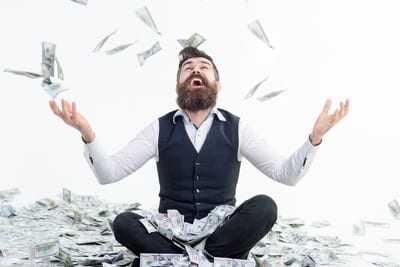 Most people have had a ‘what would you do if you won the lottery?’ conversation with their family and friends, coming up with plans like buying an island in a far-flung place and letting everyone stay on it, or only travelling first-class from then on. Yet how many people will have planned to buy another lottery ticket? Having hit the jackpot, wouldn’t you count your blessings and call it quits? How many people would keep spending money buying tickets when they’d already won millions?

We’re not talking about small wins here either. Not many of us would turn down a hundred thousand pounds, of course, but that’s not the sort of money that would mean you could quit work, buy your own island and live off the interest it generates in your bank account. In most places it wouldn’t even buy you a three-bedroom house. No, what we’re talking about is the sort of people that win a million or more and feel the need to keep on going with their lottery punts, which there has been a surprisingly large amount of over the years.

As anyone who has ever played the lottery will know, if feels virtually impossible to win a big prize. When the EuroMillions introduced its £1 million raffle for players in the UK, many people thought that they could at least win that, even if it was unlikely that they’d win the big jackpot that is regularly fought over by players from all over Europe.

It didn’t take long for most people to realise that that expectation of winning even a million pounds is more unlikely than most people would like to admit, with the odds of winning the Millionaire Maker coming in at somewhere between 1 in 3.5 million and 1 in 6.4 million.

Imagine what it must have been like to be David and Kathleen Long, therefore, who won £1 million on the EuroMillions in 2013 and then did so again two years later, defying odds that Camelot put at around two hundred and eighty-three billion to one. The first win for the couple came during a special promotion when Camelot were offering one hundred £1 million prizes, which David Long felt meant he had a better chance. The second win came after he saw an advert in a newsagent window for ten £1 million prizes, as well as a top-of-the-range Jaguar car, deciding that he might as well have a go and bought five lines.

As Mr Long sat to check the tickets the day after the draw, he realised that he had another ticket with a winning raffle line on it, calling his wife to check it herself. When she read the winning digits she said to her husband, “You said you’d do it again and you have!” A spokesperson for Camelot said that the company was used to people being shocked at having won once, so it must have been ‘even more shocking’ for the Longs to have won it for a second time. Mr Long confirmed that it took even longer for the second £1 million win to sink in for the couple.

In the case of David and Kathleen Long, it’s evident that David played the lottery when he felt the odds were slightly more in his favour; though even one hundred million pound raffle prizes doesn’t exactly guarantee a win. When it comes to Joan Ginther, however, her lottery winning tale is one based even more on the idea of playing the numbers.

Ginther had a PhD in statistics from Stanford University and lived in Las Vegas, but that didn’t stop her from regularly flying to Texas in order to play the state lottery there. Not only that, but she used to attend a very specific store in the state in order to buy her scratch cards.

She won the lottery for the first time in 1993, scooping $5.4 million that she was paid in instalments over twenty years. We don’t actually know the details of what happened next, at least not in the sense of the method employed by Ginther to make herself a serial winner on the scratch cards. What we do know, though, is that she followed up her first win with another for $2 million in 2006, then $3 million two years after that and finally a whopping $10 million in 2010. Ginther won around $20 million in the space of less than twenty years.

The obvious question that comes up is how did she win that much? Again, we don’t really know for sure, but the fact that she regularly did it in Texas and often bought tickets from the same store suggests that she used her statistical knowledge to figure some things out. One journalist looking into the matter reasons that she figured out that the state lottery commission had to send the scratch cards to stores all around Texas, meaning that if you paid attention to how many tickets had been shipped and which prizes had yet to be won, you could narrow down the likelihood of stores that might have winners. Ginther is alleged to have spent around $3 million finding her winning tickets.

The Couple That Played the Odds to Win $27 Million

Whilst David and Kathleen Long are a good example of a couple who won the lottery more than once by pure chance, Joan Ginther and the couple we’re about to look at now are examples of people who picked up millions by treating the experience more like a job than a bit of fun.

Marge and Jerry Selbee owned a ‘party store’ in Michigan where you could buy lottery tickets and it was by watching others do just that that Jerry worked out that you could swing the odds in your favour on one particular game if you spent hundreds of thousands of dollars buying tickets when the prizes had accumulated in a particular manner.

Jerry started doing it on his own, but when he came clean to Marge about it, having won a few thousand dollars, they began doing it together. Eventually the Michigan game was shut down but there was another one in Massachusetts that worked in a similar way and so they began driving the twelve-hour trip to the state in order to play there. They took on investors and began playing every day for weeks for end. As it turned out, it wasn’t just the Selbees who had figured out the advantage that saw the odds move in their favour, with a team from MIT also turning up in the state and making millions.

The story soon garnered the attention of the Spotlight team at the Boston Globe that had uncovered child sex abuse scandals in the Catholic Church and they wrote an exposé on it that eventually led to the game being shut down. By that point, the Selbees had been playing for fifty-five weeks straight and grossed around $27 million, taking home just shy of $8 million net. There was nothing illegal in what they were doing, but it somehow doesn’t feel right. They were unquestionably shifting the odds in their favour in a way that the average person who spent a few dollars couldn’t, but wouldn’t they have done it too if they could afford to? 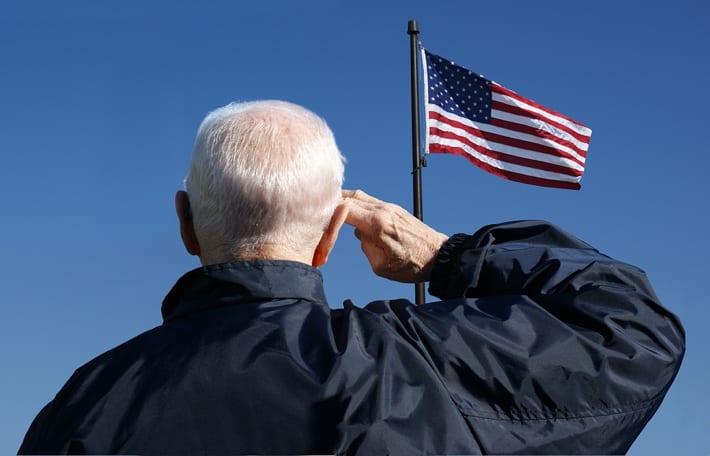 We’re not saying that if you want to win the lottery several times you should move to America, but it’s interesting that most of the winning stories come from the States and that they’re also from people that tend to play the ‘scratchers’ over there.

It was the story with both Joan Ginther and the Selbees and it’s also what happened to Ernest Pullen of Bonne Terre. At the age of fifty-seven the retired military man bought himself a scratch card for the ‘100 Million Dollar Blockbuster’ game in June of 2010. His luck was in and he hit a $1 minion win, which he decided to take as an lump sum rather than an annuity, meaning that he took home $700,000 before tax.

Fast-forward three months and he decided to buy a “Mega MONO¬POLY” scratcher ticket, only to find himself the beneficiary of another big win in the form of a $2 million prize. Once again Pullen decided to take the lump sum and this time was paid $1.3 million before tax, giving him a pre-tax total of $2 million from his two scratcher wins. He decided to use the money to fix up his house. Missouri state lottery officials said that he was the first person to win million dollar prizes more than once in the history of the state offering lottery prizes, which must have come through at astronomical odds.

If the other tales on this list have got something of the incredible about them then that’s as nothing compared to the story of Virginia Fike of Virginia. It’s perhaps suiting that the word ‘Virginia’ appears twice in her name and state, given that Fike won the state’s $1 million prize not once but twice.

As the story of David and Kathleen Long showed us, that might be unusual but it’s far from unique. No, what makes Virginia Fike’s story all the more incredible is that she won the $1 million prize twice in the same day. She’d bought two ticket for the Power Ball on the way to see her mum in the hospital, seeing on the news that fourteen tickets had matched five out of the six numbers and two of them were in Virginia.

On the way home from visiting her mother, Fike popped into a convenience store and asked the clerk to check her tickets in the hope that one of them might be a winner. Her numbers were based on her parents’ anniversary, the age they were when they got married and divided by the year that they tied the knot. When the clerk put them through the machine it revealed that she held both winning tickets, giving her a $2 million prize. In the end, she was paid $1.4 million after tax, with the store that sold the winning tickets getting a $20,000 bonus for selling them to her. That’s on top of the boost that it was likely to have received for selling two winning tickets for the same draw.

The Power Ball requires people to match five numbers and a sixth power ball in order to win the $80 million that was on offer for that particular draw, but no one won it. In Virginia, it’s required by law for winners to come forward and reveal themselves, which is how we were able to learn about Fike’s incredible good fortune. If your name is Steve Vegas then you might just want to head to the casinos there and see if you can have similar luck when it comes to taking home the biggest prizes.

Football Goalkeeper Rules: 6 Things You Might Not Know About Goalies

What Does the Phrase "Cards Speak" Mean in Poker?

How Do Lottery Syndicates Work & Are They Legally Binding?