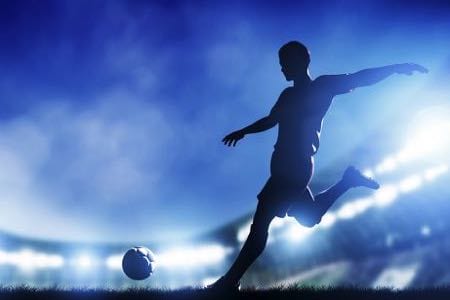 The European Championship is the tournament that pitches all of the teams that come under the jurisdiction of UEFA against one another. All European countries can enter the qualifying stages of the competition, but only a limited number actually make it through to the tournament proper. For the players, it is one of the crowning moments of their international careers, topped only by their nation making it to the World Cup.

Footballers that dream of playing for their national side will have fantasised about success during the Euros, whether they be defender, midfielder, attacker or goalkeeper. Success can take many forms, depending on the position that they play, but it’s fair to say that no player dreams of scoring an own goal. Whilst they might not dream about it, it is something that happens nevertheless, with the players on this page being guilty of doing so.

The Players That Have Done It

The first place to start is with a look at all of the players that have scored an own goal during the European Championship proper, including investigating which stage of the competition they scored it at and who the opposition was. Have any players scored an own goal against their nation’s most fiercest rivals, putting them in a situation where they’ve wanted to crawl into a hole and disappear?

There are certain noteworthy things from the table above. More own goals have been scored as the years have progressed, perhaps suggesting that the football has become more attacking. More own goals have been scored during the Group Stage than at any other stage of the competition, indicative of the fact that players are perhaps more aware of what the stakes are as the tournament progresses.

The 2020 Euros, which was played across the continent, saw more own goals than any other iteration of the competition. It’s difficult to speculate about why that’s the case, though it’s likely that the fact that crowds were smaller and teams were more prone to be unfocused because of that might have had something to do with it. It’s also interesting to see that the Netherlands and France have benefitted more than any other nation from own goals.

The Dutch are a famously attacking nation in a footballing sense, so it’s entirely possible that the fact that they will have been constantly putting the opposition on the back foot will have served to benefit them. France are also known for their attacking football, suggesting that if teams wish to benefit from own goals then putting their opposition under pressure for long periods of time is the best way to do so.

Looking at the Goals

Now that we know which players have scored own goals during the Euros, let’s have a look at the ones that have put the ball in the back of the net and the circumstances under which they have done so. Are there are interesting stories about players that have seen the ball cross the line at the wrong end of the pitch during a European Championship final? This section will let us know.

The idea of boasting the dubious honour of being the first player to score an own goal during the European Championship is not one that many people would be keen to claim, yet that’s exactly what Anton Ondruš will find in his Wikipedia entry. It came in the 73rd minute of Yugoslavia’s semi-final match with the Netherlands and made the score 1-1, but didn’t matter as they went on to win 3-1, winning the tournament by beating West Germany in the final.

Remarkably, it took another 20 years for an own goal to be scored during the Euros, with Lyuboslav Penev putting the ball in his own net during his Bulgaria side’s match against France. It put the French 2-0 up on their way to a 3-1 win in the group stage of the tournament, with the French going on to win the group. Bulgaria finished third and went home, but they did get a draw with Spain and a win over Romania to celebrate.

Four years later and it was the turn of Dejan Govedarica to score an own goal, this time during the heady heights of FR Yugoslavia’s quarter-final match against the Netherlands. It made it 3-0 to one of the co-hosts in a match that they would go on to win 6-1, so Govedarica didn’t need to feel as though he’d let his country down. Even so, it was the highest stage an own goal was witnessed at that point.

Twenty-two minutes into Croatia’s group stage match against France during Euro 2004 and Igor Tudor saw the ball go into his own team’s net, putting the French 1-0 up. The match would end 2-2, meaning that Tudor’s goal could be seen as having robbed his side of a vital three point, especially as they missed out on qualifying to the knockout stage. That being said, coming back from 1-0 down was an impressive feat.

Portugal were 2-0 up against the Netherlands in the semi-final match between the pair when Jorge Andrade scored an own goal to make it a tense final 20 minutes or so of the match. In the end, it made no difference as Portugal went on to win the game 2-1. The hosts made it to the final, but lost to unlikely Euro winners Greece. It’s probably too much to say that the own goal shook the Portuguese’s confidence, though.

England’s match against Sweden in the group stage of Euro 2012 wasn’t exactly a game that was surrounded by intrigue, but the English must have felt that their poor luck in the European Championship was continuing when Glen Johnson scored an own goal to make the score 1-1. In the end, the Three Lions won 3-2 and finished top of the group, which didn’t help them given they lost to Italy on penalties in their quarter-final match.

It’s fair to say that the Republic of Ireland aren’t exactly used to making it to the competition proper in international tournaments, so Ciaran Clark must have been gutted when his own goal against Sweden made the score 1-1. That’s how it would go on to finish, meaning that the Republic of Ireland would earn four points and make it to the knockout round. They lost to France in the round of 16, but at least Clark’s goal wasn’t relevant.

There was something about Euro 2016 that saw own goals in the group stage making matches 1-1, because it happened to Birkir Már Sævarsson during Iceland’s match against Hungary. Frustratingly, the goal came in the 88th minute, robbing Iceland of three points and a first place finish in the group. Not that it mattered too much, given they defeated England in the round of 16 before losing to finalists France in the quarters.

If scoring an own goal in the European Championship is bad, an own goal that ends up being the only goal of the game that sees you knocked out of the tournament at the last sixteen stage against one of your rivals must be absolutely awful. That’s what happened to Gareth McAuley, though, when he put the ball into the back of his own Northern Irish net to put Wales 1-0 up after 75 minutes, with the score remaining that way until the final whistle.

Fifty-three minutes into Turkey’s group stage match against Italy during Euro 2020 and the match was quite a tense one. The Italians had dominated but struggled to break down the Turkish defence, so they’ll have been grateful to Merih Demiral for helping them break the deadlock. His Turkish teammates wouldn’t have been quite so impressed, but it was the break that the Italians needed in a match they would go on to win 3-0.

Poland and Slovakia aren’t exactly bosom buddies on the international stage, so the last thing that a Polish player would want to do is score an own goal against their rivals. Even worse for Wojciech Szczęsny, the own goal he scored made it 1-0 to Slovakia in a match that was decided by just one goal. The Polish drew one and lost one of their opening games, so it wasn’t just Szczęsny who didn’t perform well.

Three of the five own goals scored during the Euro 2020 group stage involved Germany, but only one of them went against the Germans. That was scored by Mats Hummels, who netted the only goal as his team lost 1-0 to France. Perhaps even more frustrating was the fact that the match was held in Germany, one of only a few matches in which there was a ‘home’ side during the pan-European competition.

If the fact that Euro 2020 witnessed more own goals than any other iteration of the tournament was weird, the fact that two of them came during the same match was even more bizarre. Coming off the back of a title-winning season with Manchester City, Rúben Dias will have been frustrated to see the ball fly into the back of his own net to make the score 1-1 between Germany and Portugal in the group stage match.

Coming just four minutes after he’d seen his teammate score an equaliser for the opposition, Raphaël Guerreiro then gave the Germans a lead when he scored Portugal’s second own goal of the match. The group stage game went on to finish 4-2 to the Germans, who were playing in front of a home crowd, meaning that Portugal might well have got a draw if not for the inadvertent interference of two of their own players.

What Happens to Your Bets?

Own goals are a funny thing when it comes to betting. Some wagers act as if they don’t exist, whilst others very much take them into account. A First Goalscorer, Last Goalscorer or Anytime Goalscorer bet fits into the former category, for example, with own goals being treated as if no goal had been scored. That a player has put the ball into the back of his own net makes no difference on goalscorer specific wagers.

The same cannot be said for the likes of Correct Score, Over/Under or Scorecast bets, however. If the bet that you’ve placed involves a number then the goal will count. A bet on a Correct Score of 2-0, as an example, will be a winner regardless of whether the goals were scored by the opposition or a player for the team that conceded them. Similarly, a bet on Under 0.5 goals will be a loser if an own goal is scored.

Admittedly, Scorecast wagers are a little more complicated. A bet on a 2-0 win and Jimmy Scorer to score first will be a winner if the first goal is an own goal and then Jimmy Scorer nets the winner. If there is then another goal in the game, though, that own goal doesn’t get ignored as far as the Correct Score part of the bet is concerned. It’s only the goalscorer that gets ignored when it comes to own goals and bets.

One thing that is worth remembering is that a bet on 0-0 isn’t the same as a bet on a match featuring no goalscorer. The latter would mean that the game could end 5-0 and as long as all five goals were own goals then your bet would be a winner. Betting on 0-0 won’t be a winner if there’s an own goal, unfortunately. In essence, if your bet involves an amount of goals, own goals will count, whereas if the bet is on the specific goalscorer then it won’t.

Previous Post: « Should You Play the Same Numbers in the Lottery Every Week?
Next Post: Type of Tennis Court: What Difference Does the Surface Make? »