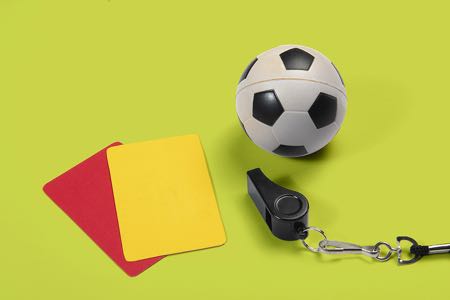 If you ask anyone that has ever watched a football match, they will tell you that the referee is biased against their team. Whether that is the case or not, everyone always assumes it is because the idea that their team might have played poorly is something that most people can’t abide. It would be ludicrous to suggest that referees, people that have spent most of their lives in and around football, don’t support one team or another. The Football Association and Professional Game Match Officials Limited understand that, but they look to find ways to mitigate it.

In order to avoid the very suggestion of impropriety, referees and assistants are not allowed to take control of games in which the team that they support are playing. Even so, you’d be hard-pushed to find a football fan that isn’t at least mildly suspicious about what clubs certain referees say that support. Questions of bias will always run riot, but rules are in place to stop it from becoming too huge an issue. This includes a worldwide ban on betting on football matches for those involved in the game across England, as well as a ban on passing on information about football.

Football referees are, despite what many supporters of teams might think, generally made up of people that love the game. Perhaps they wanted to be a footballer when they were younger but didn’t quite make the grade, or maybe they have always enjoyed enforcing rules and regulations and realised that they had an aptitude as a match official. Whatever the reason, they began refereeing football matches because of an affiliation with the sport that almost certainly started when they were younger. The chances of them loving the game but not supporting a particular team are slim in the extreme.

A Bias Toward One Team

As a result, everyone accepts that match officials will have a bias towards one team or another thanks to the fact that they will have supported them for years. The result of this is not to say that only people that have never supported a football team can become referees and assistant referees, but rather that they cannot take charge of matches in which the team that they support are involved. In some instances, the PGMOL even went so far as to stop officials taking charge of teams that were from the same geographical location as the officials were from.

A famous example of this involved Mike Dean, who was from the Wirral on Merseyside. For many years, Dean didn’t take charge of football matches involving either Liverpool or Everton, in spite of the fact that he was a well-known supporter of Wirral team Tranmere Rovers. Eventually, a decision was taken to relent on this ruling, firstly by allowing him to referee derbies between the two Liverpool sides and then when he took control of matches featuring either of them. Not that that stopped Evertonians from regularly claiming his sons supported Liverpool, even though he had daughters.

Mike Dean isn’t the only referee who supported a specific team that everyone knew about. Theoretically, it shouldn’t matter when you consider that match officials have never been allowed to take charge of games featuring teams they support nor matches that their rivals are playing in. It is with this in mind that, theoretically at least, you should never have seen any of the following officiating matches involving the team that they support nor their rivals:

Many would question the veracity of certain claims. The idea, for example, that Anthony Taylor could grow up in central Manchester, where every family was either a Manchester United or Manchester City supporting one, and fall in love with Altrincham Football Club is difficult for most to accept. Equally, the fact that it is unclear which team Chris Kavanagh supports when he is also from Greater Manchester is suggestive of the fact that he shouldn’t be allowed to officiate a wealth of different matches.

For their part, the PGMOL and the Football Association would both suggest that referees are above such things as being dragged down by rivalries. This, of course, is contradicted by the fact that referees can’t take charge of matches in which their team or rivals of their team are taking part. The problem in the modern era is that a large amount of officials are from the Greater Manchester era, meaning that they wouldn’t be allowed to take control of Manchester United, Manchester City or Liverpool matches, as well as any teams involved in a title race.

The PGMOL says that, when it comes to selecting referees to take charge of matches, the main consideration is about avoiding ‘unnecessary extra external pressure and scrutiny on referees’. The problem that the organisation has is that it becomes something of a minefield when you start worrying about where a referee is from or who they support. Should an official be allowed to work on a match in which their team does not feature, but in which the two teams taking part are going for the title or trying to avoid relegation at the expense of their team?

As you might imagine, there has been a lot of research done into whether or not referees actually do display bias during their officiating. In reality, one of the biggest things that tends to influence a referee’s performance is the home crowd. In 2015, for example, researched showed that home teams won more points than they were expected to when Michael Oliver, Martin Atkinson and Lee Probert took charge of their matches. That isn’t to say that it always works in the home side’s favour, with Anthony Taylor seeing home sides win fewer points than expected, perhaps trying to show that he wasn’t a ‘homer’.

What Are the Rules on Betting? 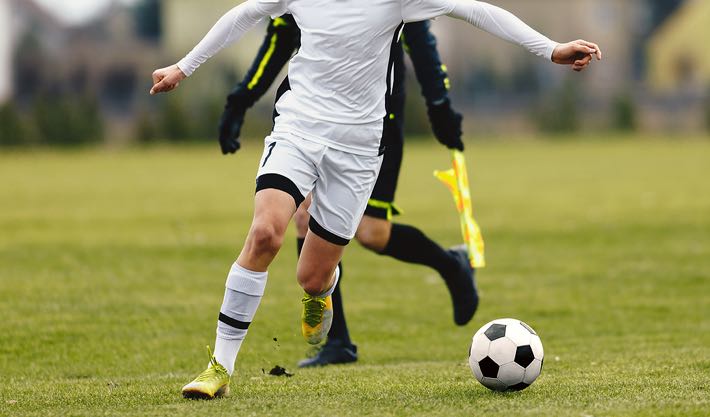 Whether or not a referee is fair or unfair to a team may have something to do with their own personal allegiances. That, in truth, will always be virtually impossible to confirm one way or another. There is a rivalry between the cities of Liverpool and Manchester, for example, so do referees from those areas make decisions that go against the benefit of their rival cities? In many cases, it often seems to be confirmation bias that allows people to think that a referee has been bias against their team or in favour of another.

What we do know, though, is that referees need to be above suspicion when money is involved. Though they are paid a lot of money in comparison to the average Joe, even well-paid match officials might well be tempted to earn themselves a bit more cash if the opportunity presents itself. It is for this reason that the Football Association created a series of rules regarding betting in football, applying them to everyone involved in the game in order to ‘preserve what is great in the beautiful game’ so as to ‘protect its integrity’.

In addition to players and club staff, the rules on betting also apply to match officials. A ‘worldwide ban on betting on football’ was introduced, with all of those involved in the game at the following levels needing to follow it:

The ban prohibits people from betting on any football related matter, which includes the likes of player transfers, managers being hired, wagers on team selection, passing on insider information and so on. In this instance, insider information is any information that a match official might be made aware of that is not available to the pubic, like injuries or team news. Such information cannot be used either to place a bet or to get someone else to place a bet, which can be passed on by word of mouth, writing or typing.

The rules are slightly different for match officials involved in the game at the National League System Level 4 and below. The ban applies to matches or competitions that they are involved in that season or which they are able to influence. Equally, they can’t bet on any football-related matter that might concern their league, with insider information still applying too. This means that they are able to place bets on football-related things if they’re in leagues that they play no part in, such as the Premier League or Championship.

When Mike Dean Fell Foul of the Rules

Any fan of Premier League football will tell you that, when he was still refereeing, you couldn’t keep Mike Dean out of the action. That his name has been mentioned so many times on this page suggests that it isn’t just when it comes to officiating matches that that is the case. Dean was in the headlines in 2005 when it emerged that he was involved with a betting website called Arbitros Racing. The news was told to the Professional Game Match Officials Limited ahead of a Premier League match between Newcastle United and Bolton Wanderers.

As soon as the PGMOL became aware of the situation, they suspended Dean indefinitely and launched an investigation into his involvement with the betting website. In Dean’s defence, it wasn’t anything to do with football and was instead a site that offered tips on which horses to bet on. What it did show, though, was that match referees are just like a lot of people, insomuch as they enjoy placing a wager on certain things and are just as susceptible to the temptation of betting as most people are.

Previous Post: « What Happens When No Horses Run in a Race?
Next Post: Is the Gamification of the Stock Market Turning Investors into Gamblers? »