Even those with little more than a passing interest in football will understand the concept of a player being sent off. The referee, who is the official in charge of matches, works with their assistants to ensure that the rules of the game are followed by both teams, showing a player a yellow card in some instances and a red card in others, including when two yellow cards have been shown. A red card results in the player leaving the field of play for the rest of the match, as well as missing other matches in the future.

Though even those with little interest in the game will understand this concept – the idea of a player being shown a red card before the match has even got underway will be alien to many, including big football fans. It feels as though a red card is something that will be issued for violent conduct or the like, which many will associated with a bad tackle during the match. The idea of a red card being shown before a ball has been kicked seems odds, yet the rules allow for match referees to issue cards to players before the first whistle. 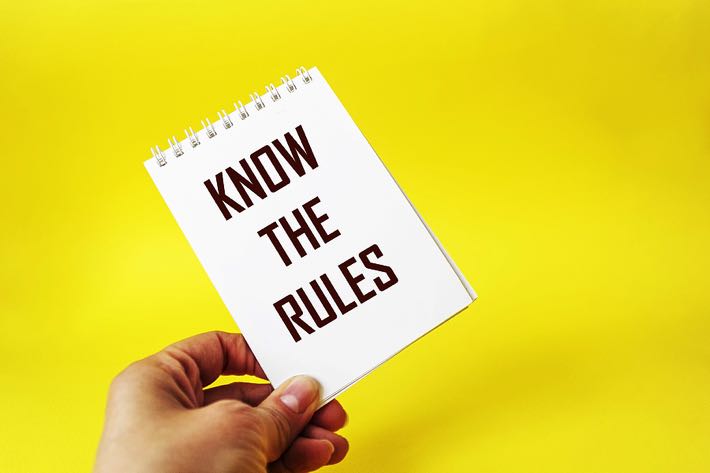 The International Football Association Board is the body that is in charge of determining the Laws of the Game when it comes to association football. Having been founded in 1886, IFAB’s job over the years has been to agree standardised Laws for football matches, acting as a ‘guardian’ of the Laws used internationally. FIFA has recognised IFAB’s jurisdiction over the Laws of the Game since 1904. IFAB is typically considered to take a conservative approach to changing Laws, with a three-quarters supermajority needed to do so.

In Law 5, with regards to the referee, the following is stated:

The Law goes on to say this:

If, before entering the field of play at the start of the match, a player commits a sending-off offence, the referee has the authority to prevent the player taking part in the match

In other words, the referee can take disciplinary action from the moment that they go on to the pitch for the pre-match inspection of it. When a player is sent off will determine what happens next, with Law 3 dealing with the players. Those that are sent off before a team list has been submitted cannot then be named on that team list. Here is what it says about players sent off before a ball has been kicked:

A player who is sent off… after being named on the team list and before kick-off may be replaced by a named substitute, who cannot be replaced; the number of substitutions the team can make is not reduced

A player that is sent off before kick-off can be replaced, meaning that the team will still have 11 players at the start of the match, but that player in particular will not play any part in the match. Not only that, but the number of substitutes that the manager has to pick from will be reduced by one, even though they can still make the same number of substitutions during the football match.

When the Rules Changed

It wasn’t always the case that referees could unilaterally decide to send players off before a match had got underway. The rule change was brought in alongside a raft of changes in the summer of 2016. Perhaps the biggest change at the time, which grabbed all of the headlines, was the decision to allow players to kick the ball in any direction they wished to from the kick-off, having previously limited them to kicking the ball forwards. With that being the focus of the attention when the news broke, the new powers of the refs probably went under the radar.

Other changes included referees being able to give a yellow card for the denial of a goal-scoring opportunity rather than a straight red, as well as players being allowed treatment on the pitch rather than off to the side. It was also the year that the Video Assistant Referee was first introduced, which again caught the headlines. The biggest change as far as we’re concerned here, though, was the extension to the powers of the referee to before kick-off, allowing players to be sent before the game even started.

It is far to say that just because a referee can do something doesn’t mean that they always will. Those that watched Mohamed Salah play football in the Premier League might have wondered why rules around grabbing someone around the neck or otherwise obstructing them didn’t apply when it was being done to the Egyptian, for example. There have, though, been some examples of referees sending a player off before a game has started, so here is a quick look at some of them:

Patrice Evra in the Europa League

Patrice Evra has long been a controversial figure. He was named captain of the French national side prior to the World Cup in 2010, for example, but was suspended from appearing for the national team for five matches after the players went on strike after being eliminated from the competition in the first round. During his time at Nice, Monaco, Manchester United and Juventus, amongst others, he was regularly involved in incidents that earned him something of a reputation as being one of football’s bad boys.

If any further evidence was needed for that reputation, then it was available in the wake of a Europa League match between Marseille and Vitória SC in 2017. Evra had failed to impress the French team’s fans after signing for the club, with some fans breaking past barriers at the Estádio D. Afonso Henriques in order to make their feelings known. Evra was drawn into an argument with the travelling supporters, who had been aiming negative chants at him since the Marseille team had gone on to the pitch in order to warm up.

Patrice Evra sent off before the Guimaraes – Marseille game for this high kick on a Portuguese fan!!! Incredible. pic.twitter.com/qi1WXBr2O7

Never someone with the coolest of heads, Evra aimed a high kick over the advertising hoardings along the side of the pitch, attempting to connect with one of the fans on the other side. The match referee noted the incident and sent Evra off, meaning that he was unable to take his place on the substitute’s bench as had been originally planned. The UEFA game log outlined what happened in the following, somewhat understated, way:

The Marseille substitute has been shown a red card following an incident with the crowd.

The issuing of a red card didn’t just mean that Evra was stopped from playing in the match in question, but also from further matches in the wake of the incident. Though a one-match ban was given immediately by UEFA, the governing body of football in Europe also decided to look into the matter further during a meeting on the tenth of November that year. In the end, UEFA chose to ban him from their own competitions until the end of the 2017-2018 season, leading to Marseille sacking the defender as a result.

It may be something of a cliché, but South American football is known for being a fiery affair. Even so, there is something pretty spectacular about a player being sent off before a match has even got underway. That, though, is exactly what happened during the final of the Supercopa in Paraguay in 2021. The match was the first edition of the country’s super cup, taking place on the 12th of December and pitting the best-ranked champions in the country’s Primera División, Cerro Porteño, against the winners of the Copa Paraguay, Olimpia.

The pre-match warm ups had gone well for both teams and the supporters in the stadio Defensores del Chaco were expecting an exciting game as the two teams headed onto the pitch. Jean Paulo Fernandes Filho, better known simply as Jean, was the Cerro Porteño goalkeeper for the match, so he jogged down towards the goal and placed his rosary there. He then turned and made an arm movement towards the away supporters, which resulted in him being ordered into the centre of the pitch whilst the Video Assistant Referee reviewed footage of what had happened.

The match official, Eber Aquino, in consultation with his VAR, decided to show Jean a red card before the match had even got underway. It was unlikely to have impressed his employers, given the fact that Jean was only on loan at the club at the time. He was replaced in the starting line-up by the reserve goalkeeper, Rodrigo Muñoz, who was able to come on for him as the match hadn’t actually started when the red card was issued. As for Jean, he took to social media after the game in order to argue his case, suggesting it was a misunderstanding.

He said, “When I went to put my rosary by the side of the goalpost, something which I always do, the rival fans began to throw several things at me, including firecrackers. I reacted by making a gesture which in Brazil is normal. A player called Gerson celebrates like that. It’s called the ‘vapo’ gesture. I don’t know what the ref thought but he ended up red-carding me. It was a misunderstanding.” Regrettably for him, Cerro Porteño lost the game 3-1, though whether things would have been any different had he not been sent off we’ll never know.

Before the Rule Change

In many ways, the decision by IFAB to change the rules has actually helped the football club that gets a person sent off. Now, as long as the red card is issued before the game is underway, a player can be replaced by the manager and the team is still able to start the match with 11 men. In 2009, David Pratt, a striker for Chippenham, lived up to his name when he was sent off just three seconds into a match against Bashley. That left his teammates down a player for the duration of British Gas Business Premier match, which they lost 2-1.

The only good news for Pratt is that he didn’t quite set the record for having the fastest sending-off. Cross Farm Park Celtic striker, Lee Todd, had been sent off after a mere two seconds during his side’s game against Taunton East Reach Wanderers in October of 2000. Amusingly, the red card wasn’t given for dangerous play or for reckless behaviour, but rather for rude language. Todd had his back to the referee, so was shocked when the whistle was blown for kick-off, saying, “Fuck me, that was loud.” The referee promptly showed him the red card as a result.

Previous Post: « Las Vegas & the Mob: How Organised Crime Build a Gambling Mecca
Next Post: Can You Talk About a Poker Hand Whilst Playing? »