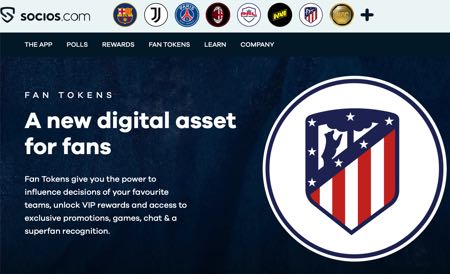 From the moment that BitCoin became global news, the desire to explore the world of cryptocurrency was somewhat inevitable. Since BitCoin’s release onto the market into 2009, other cryptocurrencies, such as Ethereum, Litecoin, Tether and Dogecoin, have been released, eager to take advantage of what seemed like a craze but is slowly becoming a popular phenomenon.

In many ways, it was somewhat inevitable that cryptocurrency and football would cross paths at some point, given the financial extremes that the latter reaches on a seemingly weekly basis. So, it is that Socios launched, offering football supporters the chance to ‘influence’ their team by buying and trading in fan tokens. The question is, what does this entail and is it likely to last the distance?

A Brief History of Cryptocurrencies

In order to understand why football clubs would want to get involved in cryptocurrencies, it’s important to get a sense of where they came from and how they grew to be so popular. The very idea of a cryptocurrency was first mooted in 1983 by the cryptographer David Chaum. He conceived of an electronic money that he labelled ‘ecash’, which would be anonymous in its form.

Chaum implemented his idea via Digicash, which was an early form of the electronic payments that we’ve grown used to with cryptocurrency. It was another 13 years before the idea would resurface, which happened when the National Security Agency published a paper with the title, “How to Make a Mint: the Cryptography of Anonymous Electronic Cash.” Two years later and another description of a cryptocurrency surfaced.

It took until 2009 that a truly popularised version of cryptocurrency hit the markets, this time the work of presumably pseudonymous developer Satoshi Nakamoto. BitCoin was the first cryptocurrency that was decentralised, using SHA-256, which is a cryptographic hash function that forms the currency’s proof-of-work scheme. Other cryptocurrencies soon followed, but few grabbed the attention quite like BitCoin.

CryptoCurrency’s Acceptance in the Real World 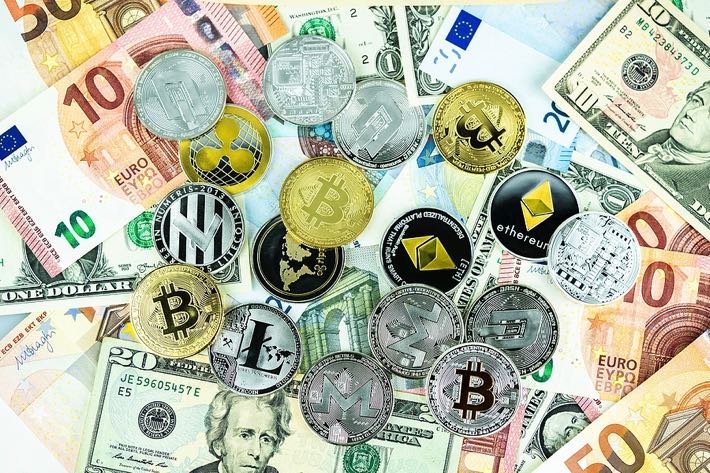 Having a working cryptocurrency is one thing, but having it accepted and used in the real world is something else entirely. It is the necessary step forward for anything to be taken seriously and certainly wouldn’t be used by football clubs without it. It is easy to forget now, but in 2009, when BitCoin launched, technology wasn’t as readily accepted as it is in the modern era, with suspicion still lingering.

As an example of this, the iPhone had only been on the market for two years, whereas now it is the most popular smartphone on the planet. The fact that BitCoin wasn’t issued by a government made people extremely wary of what it was, with the people jumping straight on board with it those that were more likely to believe in conspiracy theories than the developing economics of a global market.

By July 2021, supplier around the world had begun to accept BitCoin and other cryptocurrencies as a genuine method of payment. Those of Generation Z and Generation Alpha were able to use a cryptocurrency to pay for travel, even if some major websites still refused its use. Whether you want to buy a computer, pay for insurance or simply get yourself a coffee, cryptocurrency is now a viable method for doing so.

Ever since Trevor Francis moved from Birmingham City to Nottingham Forest in 1979, becoming Britain’s first ever million pound player in the process, the money in football has moved way beyond the sensible. That Francis scored the winning goal for Forest in that year’s European Cup final perhaps only served to underlie the notion that money spent equates success, with teams up and down the country spending big from then on.

The amount of money grew exponentially year on year, with the launch of the Premier League in 1992 taking things to a stratospheric level. Given the financial might of football in the modern era, it’s no surprise that a linkup between the sport and a cryptocurrency happened eventually. Indeed, there had been moves to make it happen before Socios came onto the market, with Arsenal signing up with CashBet in 2018, for example.

In September of 2019, Watford made the decision to put the logo of BitCoin on the club’s shirt sleeves, with the hope being that the club would be able to ‘educate the public on the benefits of using cryptocurrencies’. Part of the move allowed the club’s supporters to buy things with cryptocurrencies in the club shop, which was made possible thanks to the side’s sponsorship by a gambling company.

The reasoning behind the deal was that it would allow cryptocurrency to be explained in a relatively simplistic manner, which was crucial given the extent to which many people don’t really understand how it works. Watford followed clubs, such as Bayern Munich and Manchester City, in getting on board the Crypto train, whilst other big-name sides signed up to work with Socios to sell ‘club tokens’.

The Idea Behind Socios 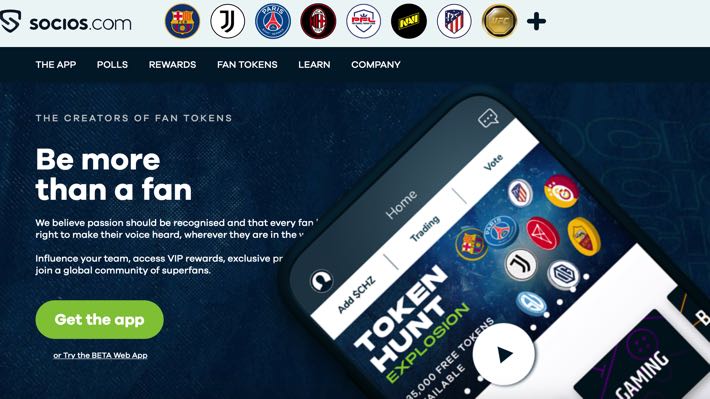 Socios was born out of the fires of Spanish football, with the majority of teams in the country opting for a Socios-based ownership model during the formation of the modern era of the game. As an example, the members of Barcelona are known as socis in Catalan or socios in Spanish, with members of the club charged around £167 a year for the privilege. Members can vote in club elections, as well as have a say on who becomes the President of the club.

In the case of Real Madrid, the club’s board of directors was elected before the club was even officially founded, meaning that the fans were seemingly in control from the get-go. Even when the law in Spain changed in 1992, with clubs needing to register as privately owned PLCs, there was an exception made for those clubs that had been operated at a net win for five years in a row, with Barcelona, Real Madrid, Athletic Club Bilbao and Club Althletico Osasuna meeting the requirements.

For those clubs, the socios remained in charge and able to influence the path that the team followed. This was the foundation that Socios.com decided to model itself on, with the idea being that people could buy ‘fan tokens’ that would allow them to influence decisions made at their football clubs. The blockchain-based platform quickly established itself as the leading organisation offering such a service in all of football.

The Socios app launched in 2019, with the reaction to it being almost immediate. By the end of July 2021, the app boasted more than 1.2 million downloads and claimed to have over 900,000 active users. Supporters could by fan tokens at a cost of £2 each, giving them the opportunity to influence something as big as what the club’s training ground would be called or as small as what songs would be played in the stadiums.

Teams benefit by taking away 50% of the revenue each time a token is sold or traded, giving them the opportunity to win multi-million pound payouts. Having signed up football clubs like Barcelona, Paris Saint Germain, Juventus and Manchester City, the business got a real boost when an agreement was reached to see the Argentinian top-flight renamed to become Torneo Socios thanks to a sponsorship deal.

In the months that followed its launch, Socios was able to sign up to deals involving as many as 45 different clubs across football, motor racing, basketball and cricket. Those teams were able to share in the $150 million revenue that was generated, with the founder, Frenchman Alexandre Dreyfus, at the centre of its development. Socios, of course, isn’t the actual cryptocurrency but rather just the platform on which a currency can be used.

Socios is owned by Chiliz, a cryptocurrency that is used on the platform for the buying and selling of fan tokens. The idea came out of Dreyfus’ attempted to monetise his poker league, realising that selling voting rights on certain decisions was something that leant itself perfectly to football, hence the creation of fan tokens. When it began to take off, he decided that it was the future of sport by turning fans from ‘passive to active’.

It is possible to buy shares in some football clubs because they’re publicly traded. Should you wish to, you could become a shareholder in Manchester United or Juventus, but in order to do so you’ve got to be able to afford it. Even then, you don’t get a guarantee that you’ll be able to influence decisions, which is why the use of fan tokens seems like such an obvious winning idea.

Fan tokens present people with the opportunity to buy not a share in the company but, as Dreyfus puts it, ‘a share of influence’. It hasn’t gone down well in all quarters, as you might expect. In 2019, a story broke that West Ham United had become the first club to partner with Socios, but fan groups soon voiced their opposition. A coalition of supporter groups launched the ‘Don’t Pay To Have Your Say’ campaign, forcing the club to backtrack.

By the time that Lionel Messi signed for Paris Saint Germain and agreed to play his football in France’s Ligue 1, Socios was already a well-established platform for some football supporters to have a say on aspects of their club. Even so, it was still a shock to hear that part of Messi’s contract was to be paid via fan tokens that had been licensed by Socios, which had been valued at $121 million.

The partnership between PSG and Socios opened up a new revenue stream that allowed the club to engage with a whole new audience. It attracted a tech-savvy crowd, who realised that having Socios be part of the conversation around Messi’s contract would see their value increase hugely. There’s no question that having one of the biggest players on the planet paid in fan tokens would make some people pay more attention.

Dreyfus himself said of the move, “Paris Saint-Germain are reaping the rewards of their bold approach and I believe this could be the start of a new trend as Fan Tokens and Socios.com play an increasingly prominent role across sport at the very highest level.” Now it just remains for the company and the clubs that it works with to work harder to explain what cryptocurrency is, what fan tokens are and how the whole thing works.