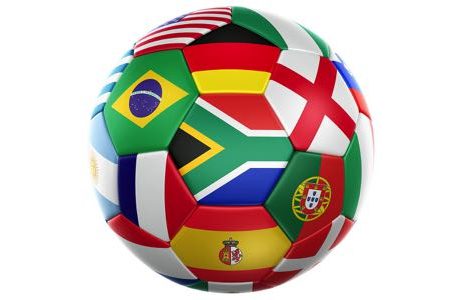 When it comes to international football, no tournament is bigger than the World Cup. It is a chance for footballers to express themselves on the global stage, with matches watched by billions. The tournaments of the individual confederations come next, with the European Championship definitely topping that particular list of options. Given the fact that UEFA is the governing body for footballing nations like England, Spain and Germany, it is hardly surprising that its competition is seen as being more prestigious than the likes of the Africa Cup of Nations and the Copa América.

The prestige of the two tournaments is such that the desire to host them is strong for all countries. There is a huge amount that hosting either the World Cup or the Euros can do for a host nation, so it is common for countries to want to do so, even if it isn’t very appropriate. On that front, there have been more than a few bids that probably shouldn’t have happened, let alone been countenanced by FIFA and UEFA. For those governing bodies, though, money talks, so it bids that should have been dismissed ended up not being.

When the Nazis Wanted the World Cup

To give you a sense of the sort of thing we’re talking about here, there is no better place to start than with Nazi Germany’s failed attempt to host the 1942 World Cup. Six years earlier, the Summer Olympic Games had taken place in Berlin, with the world’s best athletes heading to Adolf Hitler’s Germany to prove their worth. The Games were used entirely for propaganda purposes, promoting an image of a strong, united Germany whilst the country’s treatment of Jewish people and Romany Gypsies was masked.

The follow-up to this was a bid to host the World Cup in 1938, which failed to garner a single vote. The fact that 49 nations had sent athletes to the Games in 1936 and therefore legitimised Hitler’s regime made no difference, the German’s would not be hosting the World Cup two years on. Hitler’s next move was to try to woo FIFA into allowing his country to host the tournament in 1942, in spite of the fact that he only attended one of the football games during the Olympics, leaving the Poststadion having seen his ‘super race’ beaten 2-0 by Norway.

Always a clever politician, Hitler saw the potential to continue his sports-washing programme by hosting the World Cup. The biggest problem that he faced was the fact that FIFA had already promised hosting rights for its newly established tournament to Brazil. Of course, by the time that the 1938 World Cup was over, the Second World War was brewing. When it eventually broke out, it was realised that the World Cup couldn’t possibly go ahead, meaning that it wouldn’t be played again until 1950, with FIFA fulfilling its promise to Brazil by allowing them to host.

USA Tried to Come to the Rescue

The bid from the United States of America to host the World Cup in 1986 wasn’t really about the USA. For starters, the tournament was supposed to take place in Colombia, having been awarded to the country in 1974. Within years, the country entered a state of political and economic turmoil, fighting against left-wing guerrillas and the notorious drug cartels. Concentrating on that meant that the government’s approach to its hosting duties was far more relaxed than it should have been, causing them to withdraw as hosts in 1982.

The decision to drop out meant that another country would have to step up, so the US decided that it would have a go. The New York Times published a piece that said, “The World Cup is the most important athletic event for much of Europe and Latin America.” There was the chance, it said, that North America could host the competition for the first time in the competition’s history. The biggest opponent to America’s chances was Brazil, according to the newspaper, not least of all because the President of FIFA at the time was Brazilian, Joao Havelange.

In actual fact, America’s biggest rivals were… America. The North American Soccer League was not doing well, having shrunk from 24 teams to 12 in 1982. The lack of popularity of the sport in the US meant that FIFA was already disinclined to support a bid even before Ronald Reagan and Henry Kissinger invited a FIFA committee to check out the football pitches in the Land of the Free. The committee left unimpressed, with the right to host the tournament eventually being given to Mexico instead. The States did eventually get to host a World Cup, but not until eight years later when it was more ready to do so.

Ireland & Scotland’s Joint-Bid for the Euros 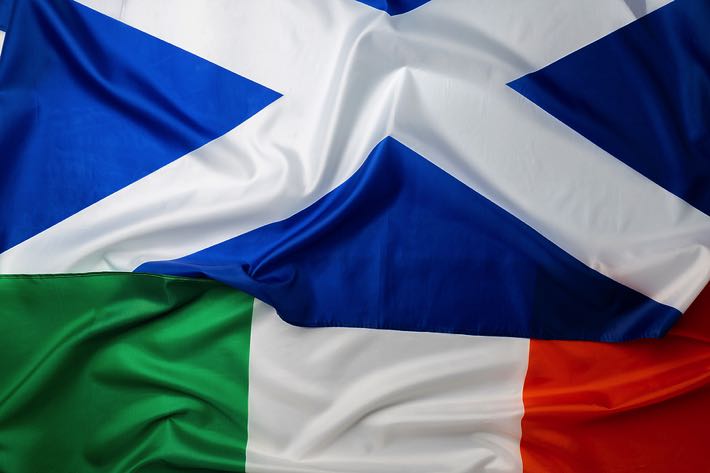 England had pulled off a successful tournament when they hosted the European Championship in 1996. Matches had been played in cities like Liverpool, Birmingham and Newcastle outside of London, showing that a Euros could work well when spread out. This was something that Scotland had neglected to take into account when the Scottish Football Association decided to bid to be the hosts in 2008. Simply put, there weren’t enough stadiums in the country that were big enough or good enough to host UEFA matches, so they needed help.

The Scots are notoriously wary of working with the English, so they turned to the Irish in the hope that they would be able to provide the necessary extra stadiums that were necessary to convince UEFA that another British European Championship made sense. The bad news was that the Irish were barely better equipped than the Scottish were. They only needed to be able to offer two stadiums, but Landsdowne Road was an older stadium that failed to meet UEFA’s exacting standards and Croke Park was home to Gaelic sports.

Not only were Gaelic sports the main offering at Croke Park, but there was also a rule in the stadium’s bylaws that prevented ‘foreign games’ from being played there. Though they planned to build a new stadium called Eircom Park in the south-west of Dublin, that never materialised. Though it was Ireland that had first mooted a plan to host the 2008 Euros, getting immediate ‘noes’ from Northern Ireland and Wales, it was Scotland that actually got the ball rolling on a plan. Unsurprisingly, the lack of suitable stadiums meant that it also earned a ‘no’ from UEFA.

Russia Bids for Euros as World Hates It 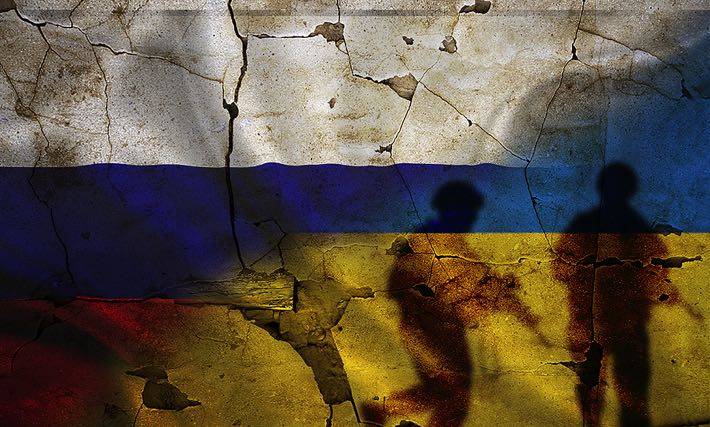 Few involved in football are all that good at reading the room, but Russia took that to a whole new level when putting forward their bid for the European Championship in either 2028 or 2032. Russia is obviously just as entitled as any other country to bid for one of the major tournaments, but when you consider that its invasion of Ukraine on the 24th of February 2022 caused the entire world to shun the Russians, it was definitely a case of wishful thinking. FIFA chose to suspend Russia from the World Cup and all football competitions on the first of March, after all.

It wasn’t just FIFA and football that turned against the Russians, either. Nikita Mazepin was kicked off the Haas Formula One team in the wake of the invasion, so the idea that anyone in Europe would be keen to fly into Russia for a game of football was laughable. Even so, the Russians decided to explore the idea of hosting the Euros, bidding against the likes of the United Kingdom and Turkey to host Euro 2028. They also expressed an interest in hosting Euro 2032, with Italy the only other country with its hat in the ring.

Even though there was a banning of Russia by FIFA, UEFA hadn’t suspended Russia’s federation from taking part in such bids. A tone-deaf statement from RFU President Alexander Dyukov, who was still on the UEFA Executive Committee despite being the Chief Executive of one of Russian state-owned Gazprom’s subsidiaries, made reference to the manner in which they could use the stadiums that had been built to host the World Cup in 2018. The final was held in the Luzhniki Stadium, which had last been used to host a rally supporting Vladimir Putin at the time of the bid.

Interestingly, the bids for the 2028 or 2032 European Championships weren’t the only time that Russia has failed to correctly the read the room. As the 1980s neared their conclusion, the end of Communism was creeping steadily forward. Even so, the USSR, as the country was then, was keen to host a tournament of its own to potentially sports-wash things if it could. So, it was that a bid was planned for the 1990 World Cup, in spite of the fact that there was a large boycott of the Summer Olympics when Russia had hosted them a decade before.

The United Sates of America led the boycott, which was over the Soviet-Afghan War. Tensions were still high four years later when the USSR chose to boycott the Los Angeles Olympics, convincing such luminaries as East Germany, North Korea and Afghanistan to join them. This decision was one that did not reflect favourably upon the Russians as far as the bid teams were concerned. Though the country had both the infrastructure and the stadiums to make a World Cup a success, it wasn’t felt to be appropriate by FIFA to award them the tournament.

Instead, the World Cup went to Italy and one of the best such tournaments that there has been happened. Italia ’90 was an overwhelming success, which almost certainly wouldn’t have happened had the World Cup been given to Russia instead. Quite how the country would have coped with organising a World Cup and seeing Communism collapse around its ears at the same time is a question that we thankfully never had to answer. Instead of that disaster, we got Pavarotti singing Nessun Dorma, which we’re sure we can all agree was much better.

Previous Post: « Lotto Louts: Worst Behaved Lottery Winners
Next Post: How Are the Hosts Chosen For the World Cup & Euros? »