If you ever see an official reference to Great Britain by any other name then it is almost always referred to as the United Kingdom. In actual fact, the country is far from united, which can be seen in something as simple as the way that football works in the UK. Scotland, England and Wales not only have their own national football teams but also see their domestic leagues split up into three separate entities.

Partly this is owing to the fact that international football began when England and Scotland played matches against one another, meaning that they needed to remain separate. Partly it is because travel was a dominating factor when the football leagues were being constructed, meaning that teams in the south didn’t really travel to play teams in the north so matches in Scotland were too far to consider.

If you want to get a feel for why it is that England, Scotland and Wales have separate leagues, you need to look back to the very beginning of the sport of football. It’s also worth bearing in mind that we’re not looking at Northern Ireland here for the simple reason that the Irish are based across the Irish Sea, making travel more difficult than it would be for the three nations based on the main island, so to speak.

The very first game of international football was played between England and Scotland in 1872. This is largely because the sport hadn’t necessarily traveled that far at that point, making matches against any other nations a difficult thing to carry out. In the years between that match and the turn of the century, there were dozens of games played between the home nations and none with sides from other countries.

This was the formative period for football, meaning that things were always going to be likely to change from that point onwards. When FIFA was formed in 1904, the governing body for the sport decided to respect the manner in which England, Scotland, Wales and Ireland played the game as separate entities, meaning that it was effectively set in stone from that point onwards that they would do exactly that. 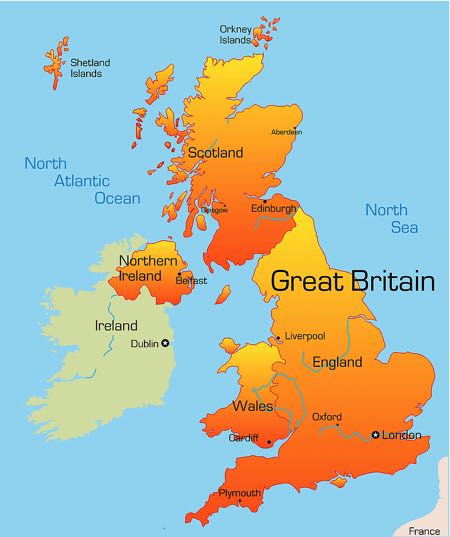 One of the things that is perhaps somewhat unspoken and yet incredibly important when you’re looking to understand why the three countries on the mainland of Britain play in separate leagues is the fact that rivalries matter. The Scottish and Welsh do not like the English and are not afraid to make their feelings known on that matter every chance they get. The Scottish even refer to England as the ‘Auld Enemy’, for example.

When thinking about why the Scottish and the English don’t get on, you need to bear in mind that it is based on centuries of socio-political conflict rather than just the modern trend of football matches. Though they have formed three-quarters of the United Kingdom since the 18th century, it’s not as if there has always been harmony between England, Scotland and Wales over the years that followed.

For Scotland in particular, the truth is that England has been their biggest enemy both on the football pitch and in a political sense for most of the modern era. It is hardly a shock, therefore, that the two nations haven’t exactly been keen to combine their domestic leagues into one. Things aren’t exactly much better between the English and the Welsh, with the English often exercising political, economic and cultural power of their neighbours.

As an example of the enmity that exists between the Welsh and the English, one need only look at the speech that was reportedly given by Welsh rugby’s Phil Bennett ahead of a match between the nations in 1977 when he said:

Look what these bastards have done to Wales. They’ve taken our coal, our water, our steel. They buy our homes and only live in them for a fortnight every year. What have they given us? Absolutely nothing. We’ve been exploited, raped, controlled and punished by the English – and that’s who you are playing this afternoon.

Looking at the attitudes held by the countries towards each other, that alone would be enough to stop them from wanting to have a united football league. The Scots and Welsh don’t exactly get on with each other any more than either nation likes the English, so the idea of all playing in the same division would be a tough one to make happen. If you’re unsure that’s true, just look at how things escalate when Scotland and England play each other in international matches.

The Football League was originally formed in 1888 with the following 12 clubs playing matches in it:

The more geographically-minded of you will have noticed that all of those teams are based in either the Midlands or the north of England, with none of them being based down south. Running alongside the Football League for a couple of years was the Football Alliance, which also welcomes teams from the Midlands and the north-west, but stretched out to include sides from slightly further east.

As with the First Division, this league was also made up of teams from the north of England and the Midlands. In both the case of the First Division and the Second Division, the major deciding factor for teams joining the division was the location of the sides involved. The Third Division was eventually formed to welcome teams from the South of England, as well as the Welsh club Merthyr Town.

When you consider that teams based down south weren’t involved in the football league because of how far they’d have to travel to play a side like Preston North End, for example, it really isn’t all that surprising that the idea of involving teams from Scotland was completely out of the question. Even Merthyr Town, the one Welsh club involved in the early stages of the Football League, were more northern than London.

Even in the modern era, geography dictates much of how the Football League System works in England. Dip below the National League and you’ll find that the various divisions on the sixth step and below are separated into northern and southern leagues. This is in order to make it cheaper and easier for teams to play other sides close to them, rather than having to travel the length and breadth of the country.

Welsh & Scottish Teams That Have Played in England 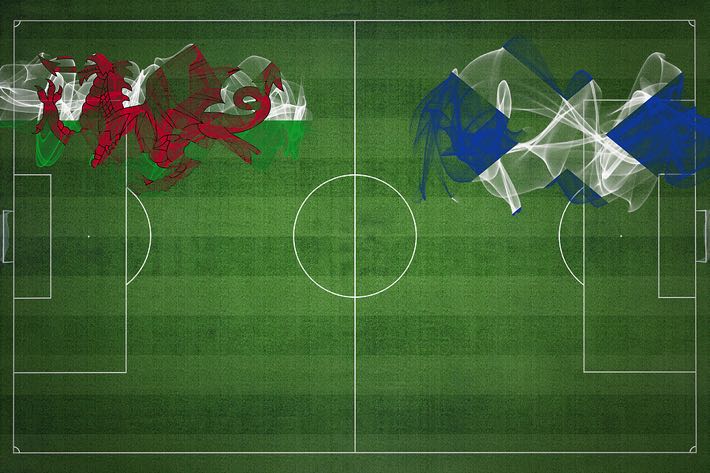 It would be untrue to suggest that no Welsh or Scottish sides have plied their trade in England at one point or another. During the more formative years of the FA Cup, for example, Queens Park played in the competition. Indeed, the Scottish side joined the London-based Football Association because of a desire to play in the newly created Challenge Cup, reaching 1872’s semi-final.

The fact that Queens Park played in the FA Cup also helped to demonstrate exactly why Scottish teams didn’t play in the English league. They played the Wanderers in the FA Cup semi-final at Kennington Oval, but had to withdraw from the competition when they drew 0-0 and couldn’t afford to return to London for the replay. This also stopped them from taking part again until 1884, when they reached the final.

They lost that final 2-1 to Blackburn Rovers but returned to the final the following year. Once again they lost to Blackburn Rovers, having come closer than any other side to taking the trophy out of England. In 1887, the Scottish Football Association made a move to ban all Scottish clubs from entering the FA Cup, though Queens Park did take part in the Sheriff of London Charity Shield in 1899.

Welsh Teams Who Have Played in English Leagues

As for the Welsh, 15 different teams have played in English leagues at one time or another. The following is a list of Welsh sides that have plied their trade in England over the years:

The two best-known names on that list are Cardiff City and Swansea City, both of whom have enjoyed decent spells in the Premier League over the years, to say nothing of Cardiff being the only team from outside of England to have won the FA Cup. Cardiff had been part of the Football League since 1920 when they joined the Second Division, meaning that they’ve long been part of the English scene.

The truth is, the majority of clubs in Welsh and Scottish football aren’t as good as their English counterparts. Though there has been talk of Celtic and Rangers joining the Premier League for years, it has never happened for any number of reasons. For starters, no English clubs would be happy to give up their place in the top-flight to allow the Glasgow sides to join, whilst the English Football League rejected the chance of any non-English club joining in the future and working their way up the system.

That Cardiff and Swansea are two of Wales’ most successful sides and yet their time as mostly been spent outside of the English top-flight demonstrates the challenge that sides from Wales and Scotland would face if playing in England. The reality is that the level of football in Wales and Scotland isn’t as high as it is in England, so rather than get beat by English teams every week it makes sense for them to say in their own division.

Previous Post: « What Are Fan Tokens? The Football Clubs Embracing Crypto
Next Post: What Was the Bosman Ruling & Why Did It Change Football Forever? »