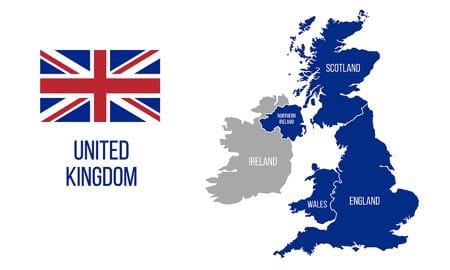 Elsewhere on this site you can read about the home nations of England, Scotland Wales and Northern Ireland and how well they’ve done in the likes of the World Cup and the European Championship. What many people might not realise is that the first international tournament was one that involved just the home nations, pitting them against one another on a regular basis. Even those aware of the British Home Championship might not realise it went on well into the 20th century.

The annual competition started off as matches between England and Scotland, with Wales eventually joining before a united Ireland also started sending a team. In some ways, the history of the British Home Championship mirrors the history of the British Isles as a whole, with many different peaks and troughs to the interest shown in it by the football supporting public. Here we’ll look at what the tournament was, as well as which of the home nations enjoyed the most success in it.

What Was the British Home Championship?

Indeed, even the notion of the Home Championship as a proper tournament is somewhat back-dated. Most of the contemporaneous reports of matches chose to focus on the rivalry between the teams taking part more than they referenced any sort of associated competition. Talk of a championship in any form didn’t really come about until the 1890s, when it was suggested that a league table should be formed between the teams, with winners awarded two points and a draw seeing both teams get one.

In terms of the competition, it wasn’t even given a trophy until 1935, when one was created to honour King George V’s Silver Jubilee. There was no fixed nature of the dates for the competition, which tended to move around but were typically held towards the end of the season. There were occasions when the entire tournament was held in just a few days after the regular football fixtures had been completed. It was a prestigious competition, only losing its edge as the World Cup and European Championship grew in popularity.

The British Home Championship was made up of teams representing England, Wales, Scotland and, initially at least, Ireland. This is because the country was united until the 1922 formation of the Free Irish State, which would later become the Republic of Ireland. It remained a combined team until 1950 and continued to use the name ‘Ireland’ until the 1970s, at which point it became Northern Ireland.

The Format of the Tournament

During the British Home Championship, each of the teams played against each other once, meaning that each side played three times and there were six matches in total. It would typically be the case that one or two matches were played at home, with the rest played away. Home advantage would be rotated between teams year-on-year, meaning that if, for example, Wales played Northern Ireland at home one year then the home match would be in Northern Ireland for the following tournament.

As was the tradition in association football matches at the time, winning teams were awarded two points for a win and the two sides would share a point each in the event of a draw. A league table would be updated with each passing match, with the final standings reflecting the winner according to the points that they’d accumulated. If two or more teams had the same amount of points then they would share that position, including the Championship if they were the top sides.

The Championship was noteworthy in 1956 because all four teams had accumulated the same number of points, meaning that it was shared four ways for the only time in its existence. From the 1978-1979 campaign onwards, goal difference was used to separate the teams in the event that they had earned the same number of points. If they had an identical goal difference then goals scored would become the separating factor.

Who Won It Most Often? 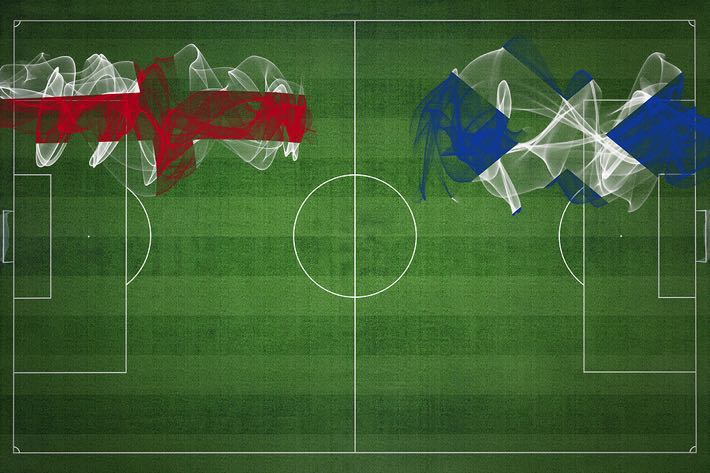 It’s fair to say that England and Scotland tended to dominate the standings of the British Home Championship, with some notable wins for Wales and Northern Ireland peppering the table when you look at it. Given the sheer number of times that the British Home Championship took place, we won’t look at the individual winners each year, but this is a list demonstrating how often each team won the tournament:

As you can imagine, the ‘Outright Wins’ in the above list were those that were not shared with another nation, whereas the ‘Total Wins’ figure denotes the amount of times that each nation won the tournament including those that were shared.

The tournament didn’t have a trophy associated with it until the ‘Jubilee Trophy’ was presented to Scotland for their victory in the 1935-1936 edition of the British Home Championship. It was created in recognition of King George V’s Silver Jubilee and given to the monarch by the Football Association. Made of solid silver and with a pedestal that supported a football that was surmounted by a winged figure, the trophy had the words ‘British International Championship’ inscribed on it.

From 1936 onwards, the trophy was presented to the winning nation at the end of each tournament. Despite only winning the competition eight times in total and three times outright, the fact that Northern Ireland won the tournament in 1984, which was the last time that it took place, means that the trophy remains in the possession of the Irish Football Association and will do until such a time, should it ever happen, that the competition is restarted.

Why the Tournament Came to an End

There is no one reason why it was decided that the British Home Championship should stop being played. Instead, it was a combination of reasons that were all dominating football at the time. For starters, the popularity of both the World Cup and the European Championship became impossible to ignore, with both competitions of far more interest to football supporters, which caused Home Championship attendances to drop in all but England versus Scotland matches.

There was also the matter of the Troubles in Northern Ireland, with civil unrest in the country resulting in the competition being abandoned entirely in the 1980-1981 campaign. Both the English Football Association and their Scottish equivalents announced that they would not send a team to the British Home Championship after the 1983-1984 campaign, effectively bringing it to an end as a going concern.

The rise of hooliganism in the 1980s was also a major factor in supporters no longer enjoying the experience of attending the British Home Championship. It was a big issue for football as a whole, but the partisan nature of pitting England, Scotland, Wales and Northern Ireland against one another with crowd trouble as the backdrop became a large part of the reason why it was decided to stop the competition altogether.

Given that it took place for 100 years, it’s hardly surprising that the British Home Championship enjoyed some notable moments over the years. Some of them, such as the aforementioned 1980-1981 Championship that remained unfinished, are far more unedifying than others. 1981 was the only time during the history of the Championship, apart from during the two World Wars, that no winner was awarded. Here are some of the other moments of interest:

Sadly, not all moments that make the history books are happy ones. That is certainly the case with the match between England and Scotland in 1902, which was played at Ibrox Park, the venue that would later become known as Ibrox Stadium. A section of the terracing in the West Stand collapsed, resulting in the death of 25 people and injuries suffered by more than 500 others. The match was eventually declared void and replayed at Aston Villa’s home ground in Birmingham.

In 1950, it was decided that the British Home Championship should be used as a qualification group for the FIFA World Cup, which was taking place later that year. The teams that finished first and second would qualify for FIFA’s tournament, it should have been England and Scotland, but Scotland declared that they would only go if they were heading there as British champions. A loss to England at Hampden Park therefore resulted in them withdrawing from the World Cup.

England were heading to the 1966-1967 tournament as world champions, having won the 1966 World Cup. They were favourites for the Championship, with the outcome of the entire competition resting on the result of the Three Lions’ match against Scotland at Wembley on the 15th of April 1967. Scotland won 3-2, resulting in a pitch invasion at which the Scottish fans declared themselves to be the ‘world champions’, having beaten the World Cup winners at their own home.

Demonstrating the fact that England and Scotland were the two best teams in the British Home Championship most years, the 1977 tournament followed the format of a decade earlier, with the outcome resting on the match between Scotland and England at Wembley. The Scottish won 2-1, resulting in another pitch invasion. This one was far less well-intended, however, and pieces of the Wembley turf as well as a piece of the crossbar were removed and taken back to Scotland.

The Last Ever Championship

The 1983-1984 British Home Championship, which took place 100 years after the first, would end up being the last time that the tournament would take place. The final match was at Hampden Park between England and Scotland, with the winners destined to win the Championship. In the end, it finished 1-1, resulting in Northern Ireland winning on goal difference because all four teams ended on three points apiece. Interestingly, it was Wales that came second because of goals scored.

Will It Ever Return? 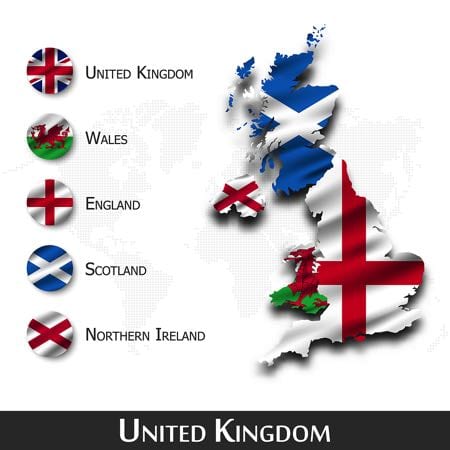 One should never say ‘never’ in life, but it is unlikely that the Home Championship will ever truly make a return. There are many reasons for this, not the least of which is the fact that there are now so many games to be played during a season that there would barely be room for it in the fixture calendar. The year after the final tournament was played, a competition called the Rous Cup was introduced, pitting England, Scotland and, in the later years, a team from South American against one another. This was abandoned after just five years.

There have been other attempts to bring it back, with those in favour of doing so pointing to the reduction in violence off the pitch. It is only the English Football Association that is constantly against the idea, with those of Scotland, Wales and Northern Ireland all keen. For that reason, the three interested parties did organise a Nations Cup that involved England being replaced by the Republic of Ireland, but it was discontinued after just the 2011 tournament because there was little interest from supporters.

Previous Post: « Can You Still Buy Scratch Cards After the Jackpot Has Been Won?
Next Post: Should You Play the Same Numbers in the Lottery Every Week? »