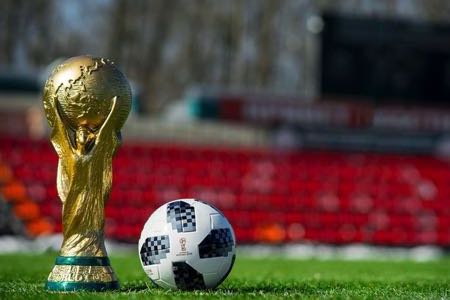 The World Cup is unquestionably the pinnacle of international football. Every nation from around the world is invited to take part, at least during the qualifying phase of the competition. That’s why it is such an important tournament, deciding on the best national team in a similar way to how the European Cup decides the best club team in European football and the European Championship does so in Internationals.

We’ve written about the performances of the home nations in the European Championship elsewhere on this site, with this page being dedicated to looking at how well England, Wales, Scotland and Northern Ireland have got on in the World Cup over the years. It’s fair to say that some have done better than others, but it’s hardly surprising given that the World Cup is difficult to even qualify for in the first place.

Let’s start by looking at England, the nation that have done the best of the four home nations in terms of World Cup success. The first official World Cup took place in 1930, but England chose not to even attempt to qualify for it. Another was hosted in 1934 and then one more in 1938, with England not taking part in either, before the outbreak of the Second World War. So, it was that their first venture into the World Cup came in 1950.

They won just one of their three matches, losing the other two and failing to make it past the group stage. The Three Lions fared better in 1954, however, making it the quarter-finals of the competition that was hosted by the Swiss Federation. Another group stage exit followed in 1958, then a second quarter-final appearance in 1962 before the year that would forever be implanted on the English football psyche.

England were the host nation for the World Cup in 1966, with few English people needing to be told what happened next. Some people were on the pitch thinking the game was all over, which it was when England scored again to make it 4-2 against West Germany and win the competition for the first, and so far only, time in its history. A quarter-final exit followed in 1970 before failing to qualify in 1974 and 1978.

Whilst England have failed to qualify for the competition only once since then, when the tournament was hosted by the United States of America in 1994, they’ve also failed to repeat the success of 1966 since then too. They have appeared in the quarter-final stage more than any other, with the country’s appearance in the semi-finals in 2018 being the closest that they’ve come to success at any other point.

During the 15 World Cups that England have played in to date, they’ve played Argentina and Germany (or West Germany) the most times at five apiece. They’ve come up against Brazil and Belgium four times each, with no other nation faced more than three times. Sides that they’ve only played once include the likes of Trinidad & Tobago, Morocco and the Republic of Ireland.

It’s hardly an outrageous suggestion to say that Wales haven’t been as successful in World Cups as England and not just because the Three Lions have actually won the tournament. Whether the Dragons would have attempted to qualify for the World Cup during its more formative years is difficult to say, but we know that they couldn’t have even tried given that they weren’t members of FIFA in the 1930s.

They were part of FIFA by the time the 1950 World Cup came about, however, yet they failed to win any of their three qualifying matches for the tournament. In fact, Wales notched up exactly the same results in qualifying in both 1950 and 1954, drawing one of their matches and losing the other two, back when the British Home Championship was used as the qualifying tournament for the competition.

1958 is a notable year in Welsh football for the simple reason that it is the only time to date that Wales have qualified for the World Cup finals proper. The tournament was hosted by Sweden and qualification involved the splitting up of the home nations for the first time. Wales ended up in Group 3 of the finals, making it out of the group alongside the host nation at the expense of Hungary and Mexico.

Wales actually drew all three of their group stage matches, defeating Hungary in a play-off to make it to the quarter-finals. There they faced Brazil and lost 1-0 thanks to a goal from an impressive looking 17-year-old named Pelé. Wales were entitled to feel proud of their performance, given that Brazil went on to win the World Cup for the first time in their history, defeating the host nation in the final.

Sadly, that was the last time to date that Wales managed to qualify for the World Cup, with every tournament since seeing them miss out. Their worst performance was in the qualification for Mexico 1970, with the Dragons losing all four of their qualification matches. They have never won more than half of the qualifying games that they’ve had to play, which explains their absence in ever version of the competition since.

The Scottish Football Association is the second oldest in the world behind England, having been founded in 1873. Scotland were therefore perfectly entitled to enter the early versions of the World Cup, but chose not to do so because of a dispute with FIFA over the ‘broken time’ payments to players and the following decision to withdraw its membership of the organisation in 1928, not re-joining until 1946.

Despite FIFA allowing the top two teams from the British Home Championship to qualify for the finals, Scotland said that they’d only enter the World Cup if the won the tournament. When the lost the final match to England, therefore, they refused to send a team to the competition. So, it was that Scotland’s first foray into the World Cup as a tournament came in 1954, despite the same Home Championship qualification.

Scotland are the second-most successful home nation in terms of qualifying for the World Cup, managing to do so in both 1954 and 1958 and then all of the championships held in the 1970s and 1980s with the exception of Mexico 1970. 1994 was a missed opportunity, with the Scots joining the other home nations in not heading to the United States of America for the first World Cup held there.

That was the only exceptions to Scotland making it to the World Cup in the 1990s, though the Tartan Army has failed to make it through qualifying since. Of the eight World Cups that Scotland have appeared in to date, they’ve never made it past the group stage of the competition. In fact, of the 23 matches that they’ve played in the World Cup finals proper, Scotland have won just four of them.

The Scots have played South American teams more than any other during the World Cup finals, facing Brazil a whopping four times. Uruguay are second on the all-time list of teams that Scotland have played, coming up against them twice, tied with Yugoslavia. All other nations, including the likes of New Zealand, Zaire and Morocco, they’ve only played once. Their wins were against Zaire, the Netherlands, New Zealand and Sweden.

Given the relative size of Northern Ireland, it’s entirely possible to make an argument that they’re the second-most successful of the home nations behind only England. Even then you’d be able to make a case for them being first in relative terms, given the size of the country and the fact that they reached the quarter-finals during the 1958 run in the competition, having refused to enter in the three tournaments held in the 1930s.

The reasoning behind their refusal to enter was the same as it was for England, Scotland and Wales; namely the dispute over ‘broken time’ payments. They did attempt to qualify for the competition in 1950 and 1950 but failed to do so, meaning that their most successful stint in the tournament was also their first crack at it. They made it all the way to the quarter-finals in 1958 when Sweden were the hosts.

They played five times all told, winning two of their games, drawing one and losing the other two. This saw them reach the quarter-finals where they were ultimately beaten by France, losing 4-0 to the team that would go on to finish third overall thanks to a 6-3 win over West Germany in the third-place play-off match. They failed to qualify for the finals proper in each of their next five times of asking.

The next World Cup to feature Northern Ireland at any stage came about in 1982 when they made it the second round of the tournament when it was held in Spain. Their final position was ninth, just one place off their superior showing in 1958. There was to be one last hurrah for Norn Iron, which came in Mexico in 1986. One of just fourteen teams to qualify from Europe, the Northern Irish ultimately finished 21st of 24 teams.

The Northern Ireland side can consider itself unlucky to have been drawn into a group featuring superior teams in the form of Spain and Brazil, both of whom made it through to the knockout stage of the competition. Though they lost both games against the better teams, they did manage to achieve a draw against Algeria. Northern Ireland have not qualified for a World Cup since, at the time of writing.

The best way to outline the varying degrees of success enjoyed by the home nations in the World Cup is by putting their performances into a table. The most noteworthy thing that you’ll see straight away is that there has only been one year in which all four of the home nations qualified for the World Cup at the same time, with that coming in 1958 when Sweden acted as the hosts for the competition.

Given all four nations have only managed to qualify for the same World Cup finals once at the time of writing, it’s hardly surprising that they have not faced each other very often in the tournament. In fact, none of the home nations have ever played any of the others in the World Cup, with the closest any have come being England’s 1-1 draw with the Republic of Ireland during the group stage of Italia ’90.

When you compare this record with that of the European Championship, during which the home nations appear to be drawn to face each other an unerring number of times, you can see why the World Cup is seen as the more prestigious competition. The reality is that there are simply more teams looking to take part in the bigger tournament, so the chances of facing another team from the same geographical area feel slimmer.

Previous Post: « Home Nations Performance at the Euros
Next Post: Can Anyone Run a Raffle Legally or Are They Considered Gambling? »